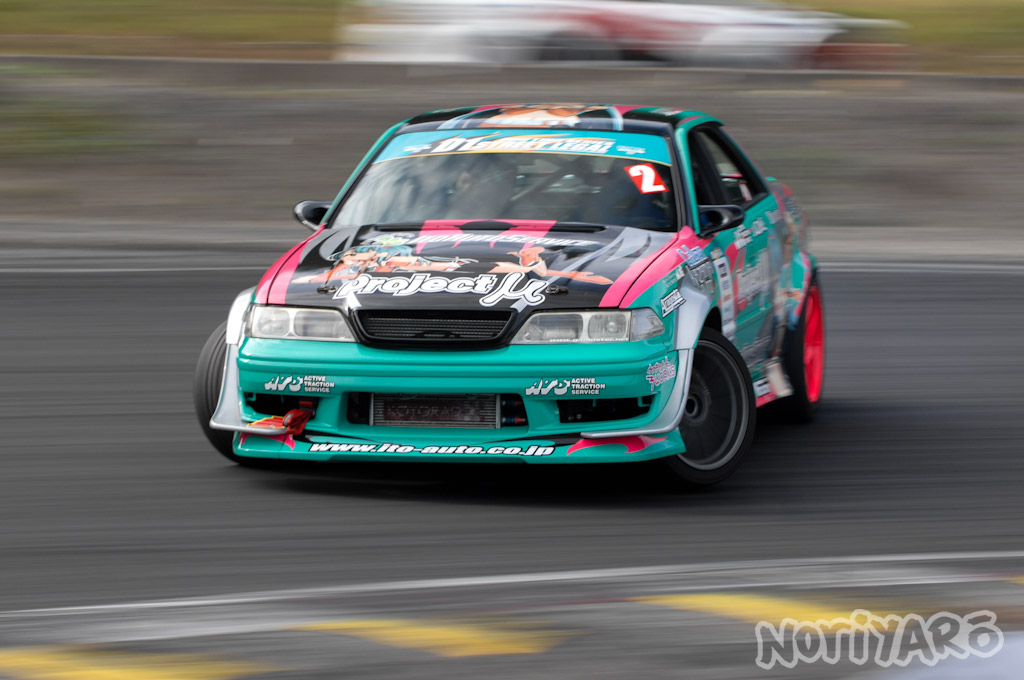 Second is Kitaoka, who is currently ranked third in the D1SL series. His car features their new JZX overfender kit, which is good for those who don’t want to go for a full widebody. 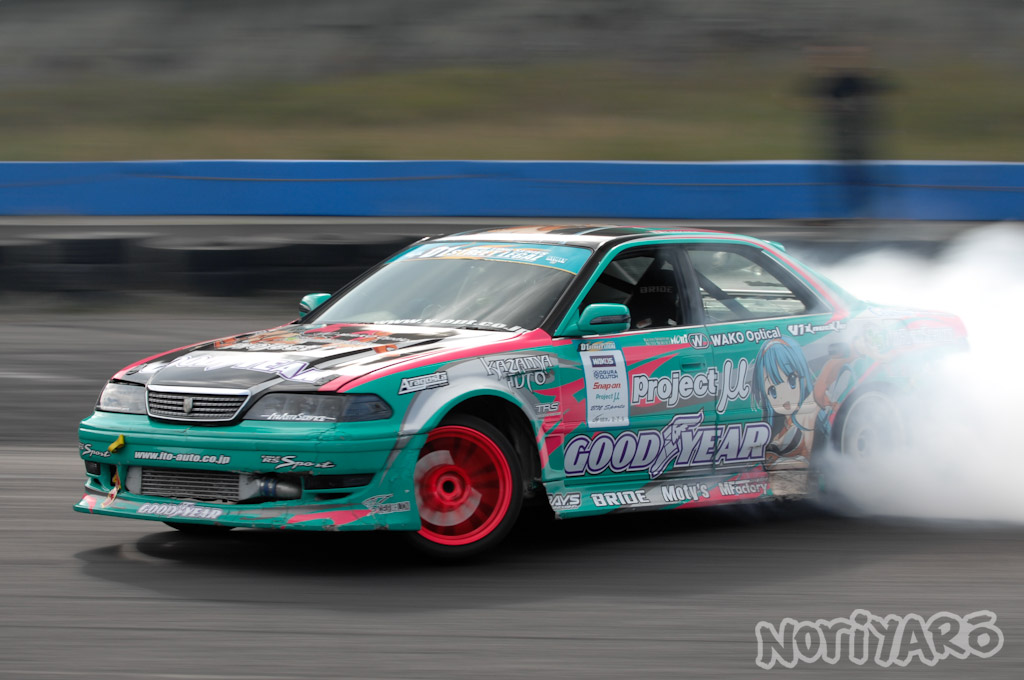 On the other hand, Masuda’s Mark II has a Vertex Ridge widebody kit, which completely covers the rear doors and fenders.

Naoki Nakamura, who was also there practicing for D1SL, kept butting into the shots. Not that I’m complaining.

Love how big these cars look.

Nakamura in the way again. Not that I’m complaining.