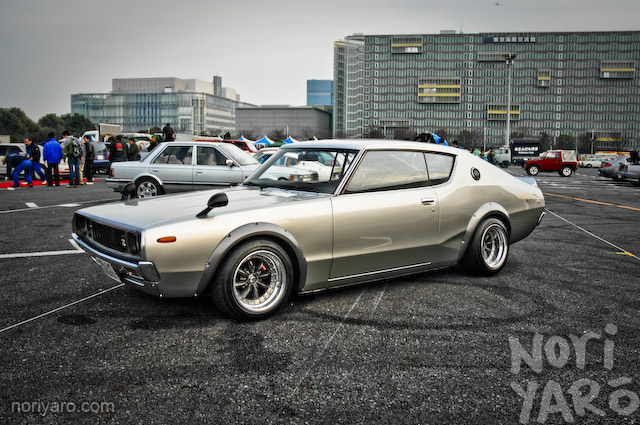 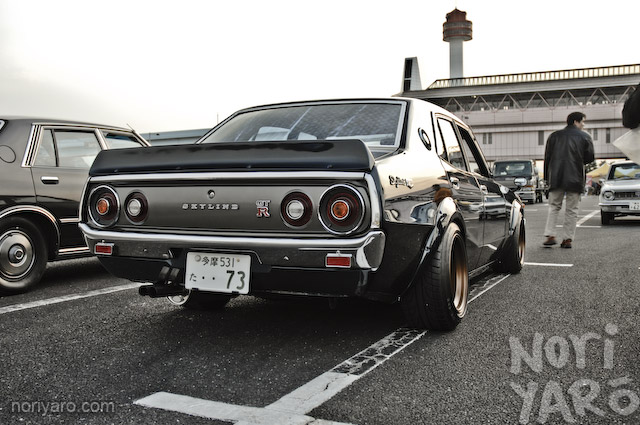 I think I have a bit of a thing for Yonmeris, but when done up properly, I think that Japans look a bit meaner. There’ something about the Kenmeri headlights and taillights that just look more iconic though. Oh well, they’re all cool, let’s leave it at that? 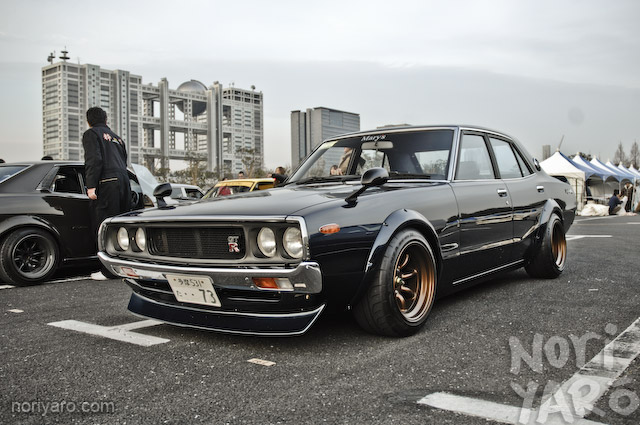 Nose down, arse up. It has been wired into our brains since caveman times to fear that pose. 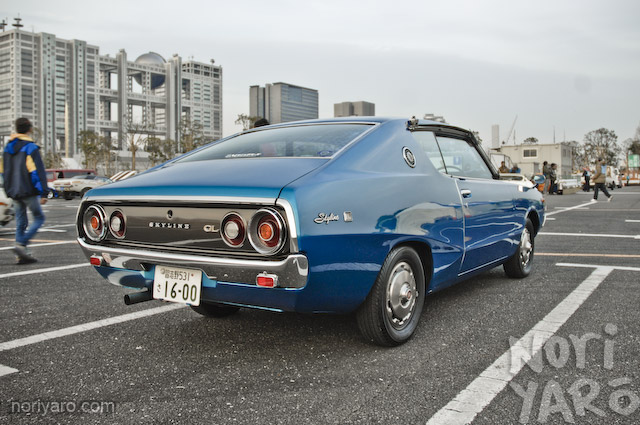 Wow, there was once a time when it was quite uncool to own a car like this back in Australia. 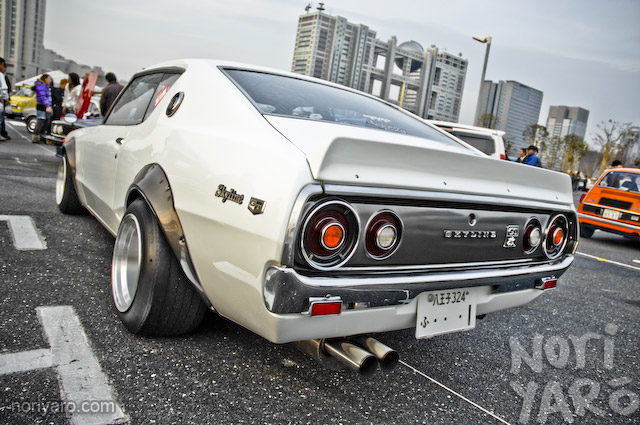 See the plate? The region kanji say it’s from Hachioji, a city near Tokyo where a lot of really tough cars come from. I’d imagine this guy has had this plate for a long time, as it would be almost impossible to get these days.

The engine was a L28 with a carbon-fibre cam cover. 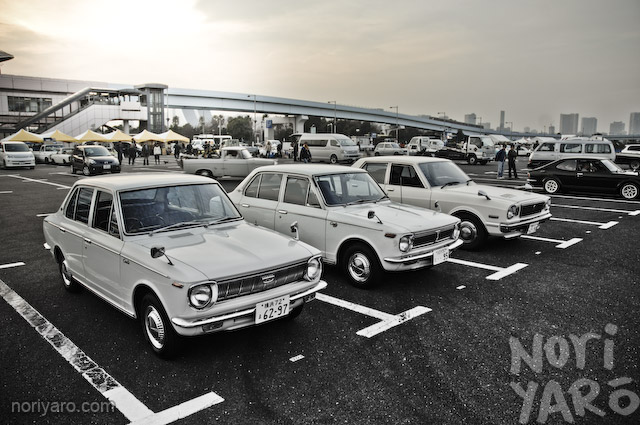 A friend of mine had a Corolla like this back when we were eighteen. It was automatic, and he had to get a run-up to make it up a steep hill near his house if there were more than two people in the car. 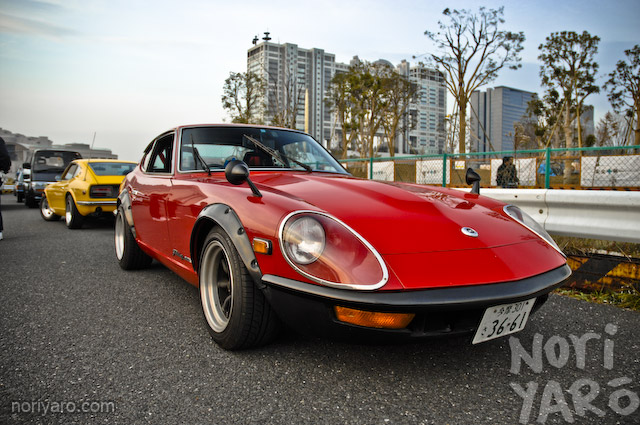 Not the cleanest Zed at the show, but it looked great in red with a G-nose. One of the nice things about taking photos in Japan is that people generally tend to get out of your way when you’re doing it. Less than three seconds before I took this pic, there were five people standing in the way. 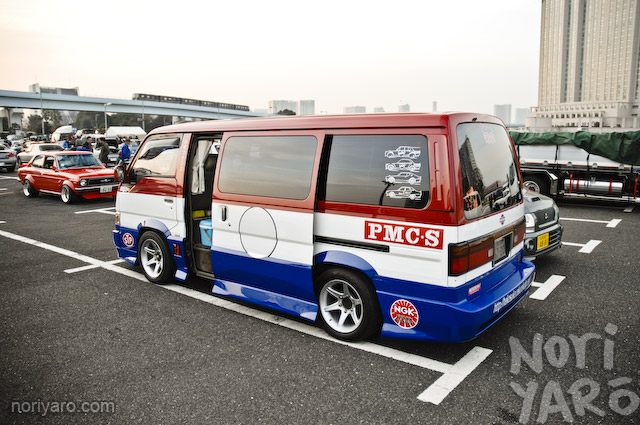 Homysuka van? What’s that you say? You want more pics of that Sunny GX in the background? 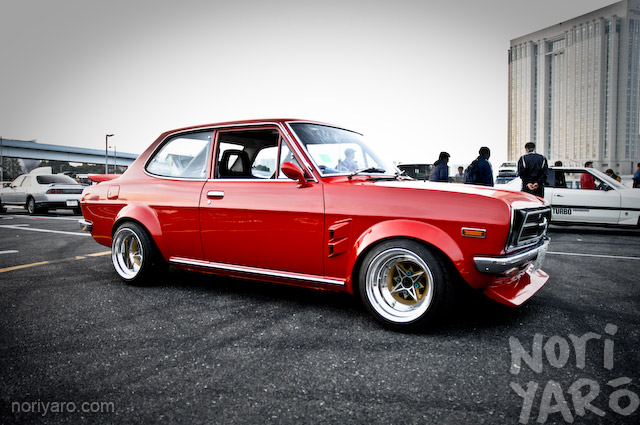 Not much wrong with this. 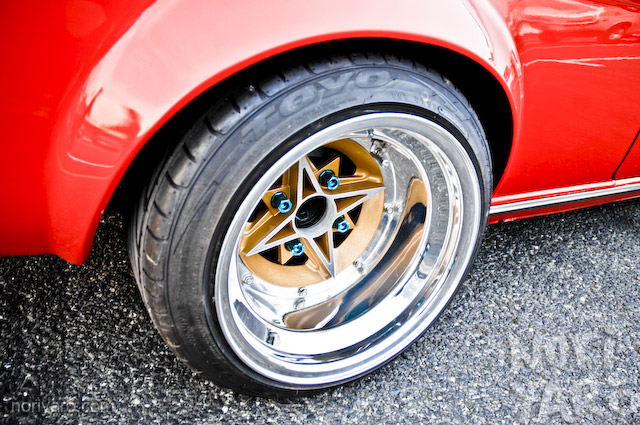 Alright, quick wheel nerd test. What are these? If you said two-piece Techno Phantoms (highlight to reveal)  you’d be right! 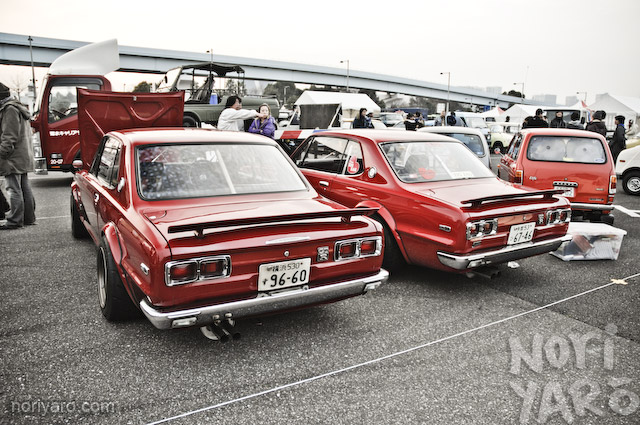 The best part about getting there late was that all the cars were being warmed up, ready to drive home. That meant that occasionally, you’d hear someone give it a bit of throttle to show off.

It does remind you why emissions equipment and catalytic converters became mandatory though. A few seconds after standing here, and my eyes were watering and my throat was stinging. 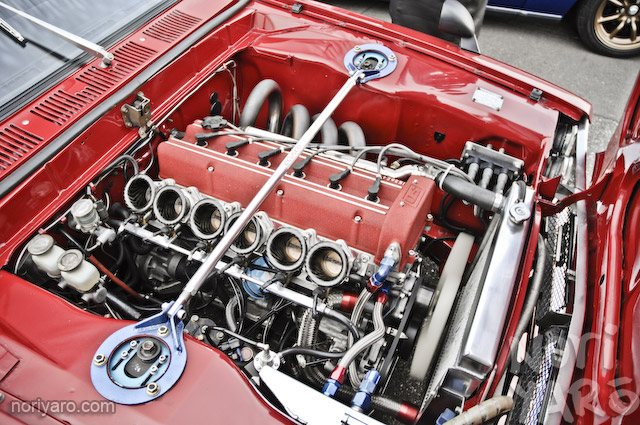 Look at that though. Nice.

There are some more pics coming about a rather weird car that was at the show. Come back tomorrow for those!