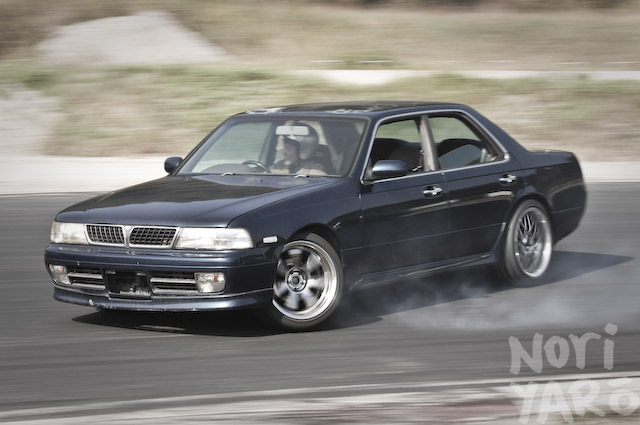 This was Koguchi’s car, an extremely clean C34 Laurel Club S Turbo with a manual conversion. It could have easily been mistaken for a spectator’s car in the pits, as it still had a full interior, standard body parts and green mica paint. The car was so untouched that after the first couple of sessions, he pulled into the pits, opened the boot and pulled out the space saver, jack and toolkit to save some weight.

By the end of the day, it was missing a headlight and the front grille from a couple of minor collisions, but was still in very good condition condsidering the number of near misses during the day. 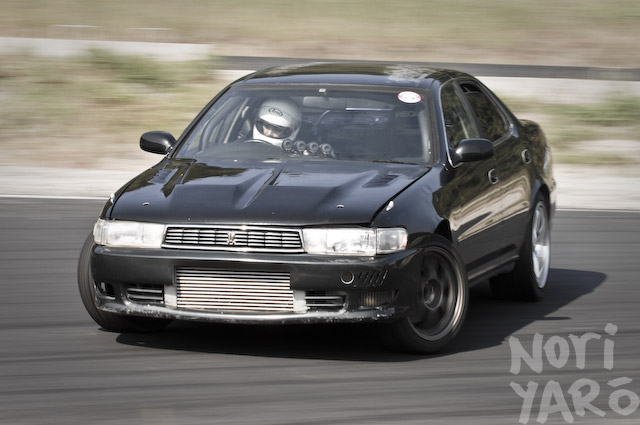 This was D1 driver Kimihiro Obata’s car, a JZX90 Cresta. It was also reasonably stock, apart from a Trust turbo, ECU, intercooler, rollcage and row of gauges, along with the requisite mechanical LSD, fixed back bucket seat and Nardi steering wheel. This is the more traditional definition of a missile (similar to the definition of a “sleeper”), since externally it looks mostly normal, but is still packing a good few hundred horsepower.

When asked why he picked a JZX90 Cresta, he said “Because it doesn’t break.” 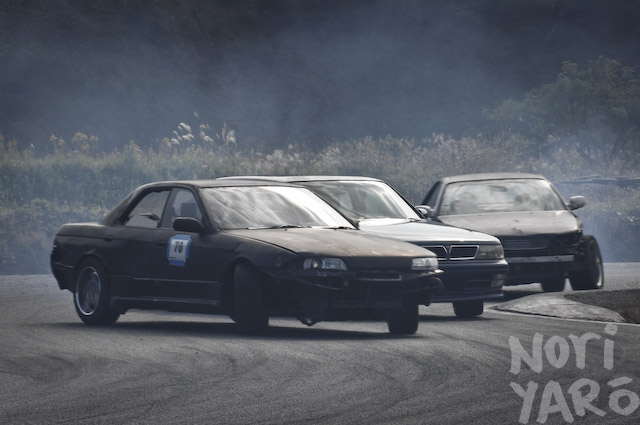 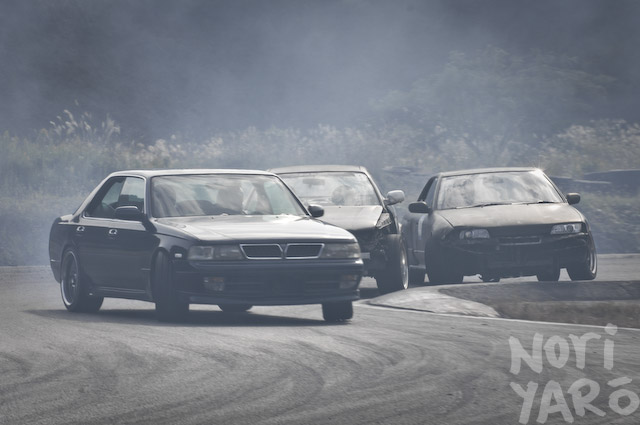 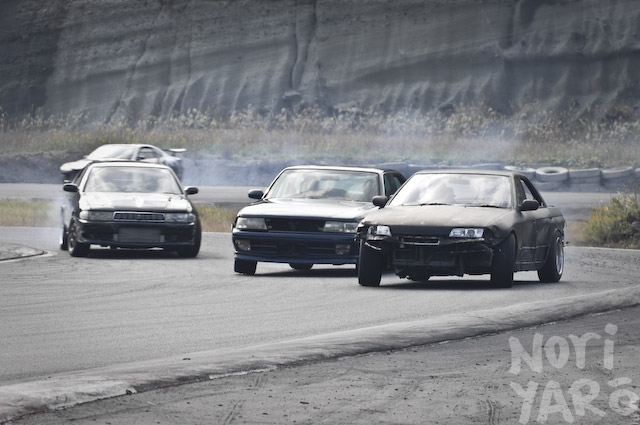 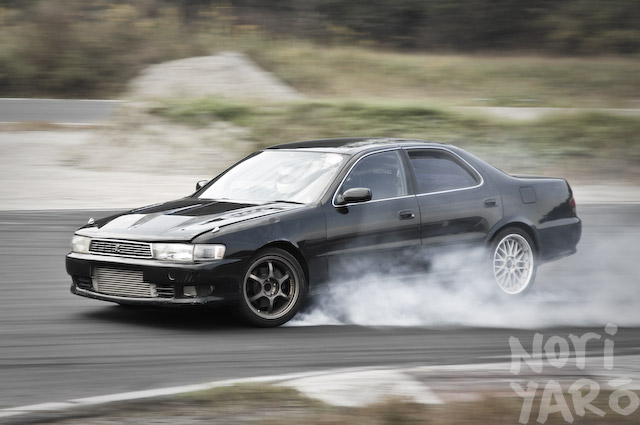 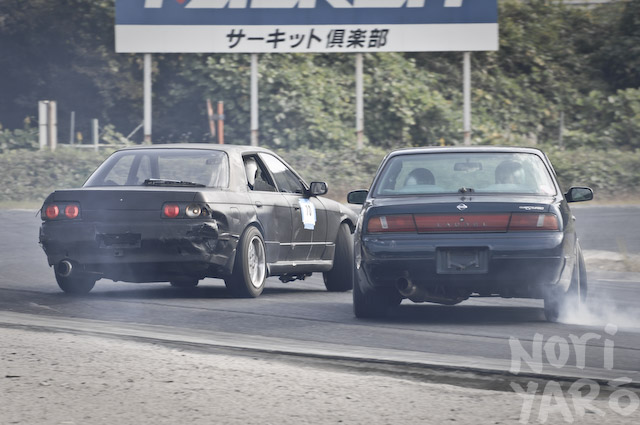