I’ll admit it. I have a bit of a thing for wagons. I saw this GX70 Mark II wagon at a car show a couple of years ago down in Nagoya, so I was a bit surprised to see it up at Fuji Speedway at the recent Mark II Tribe event. 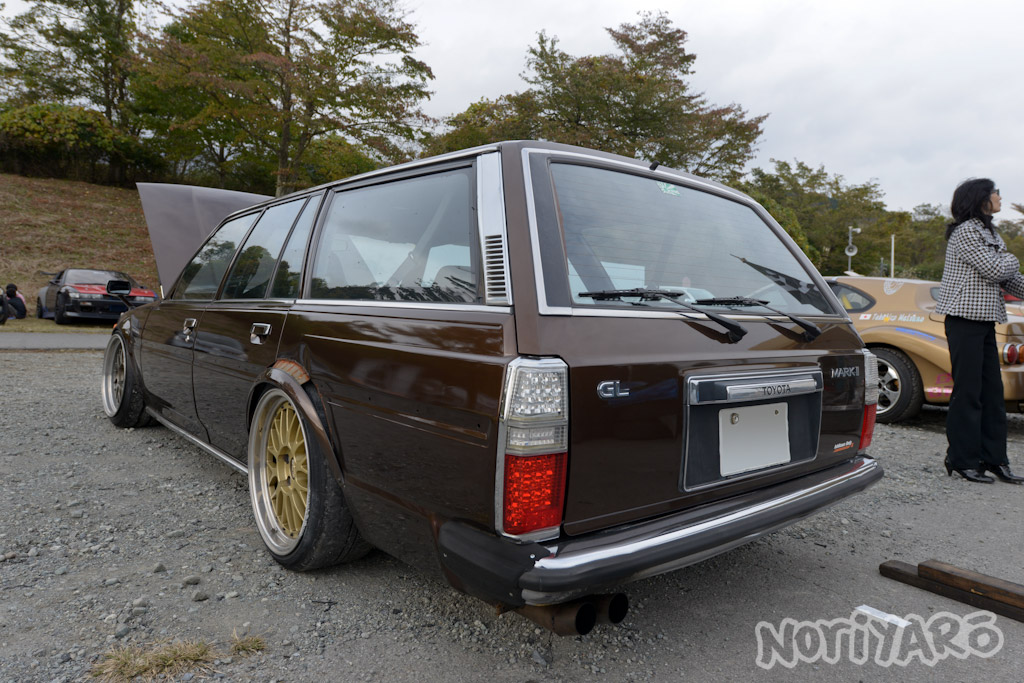 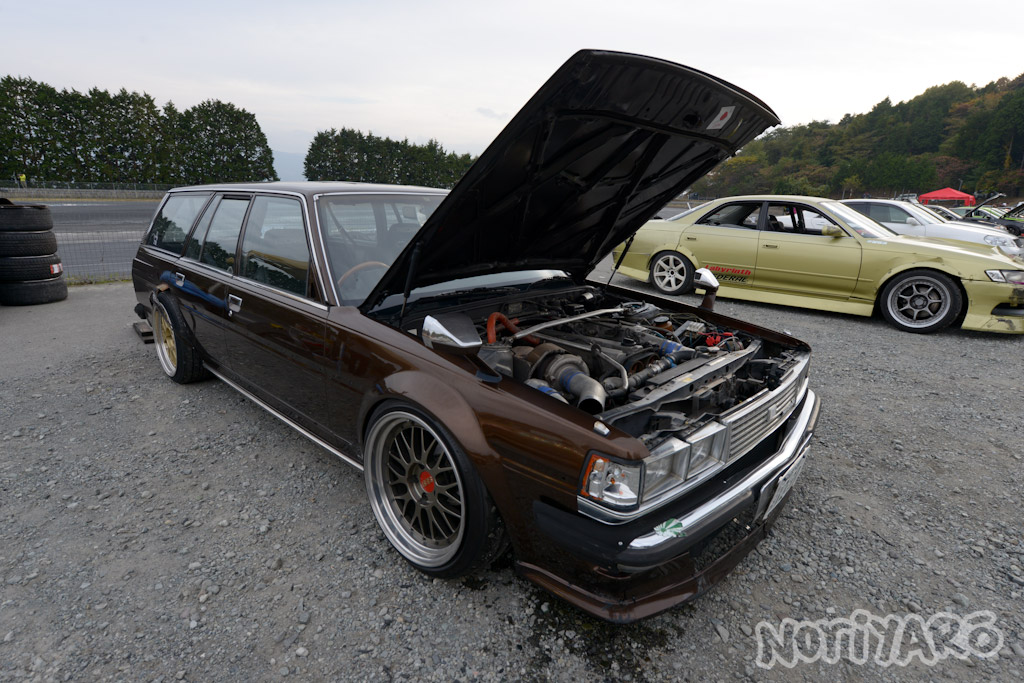 The standard engine in these cars, which you could get with a factory manual, was a two-litre 1G-FE that made just over 130hp. 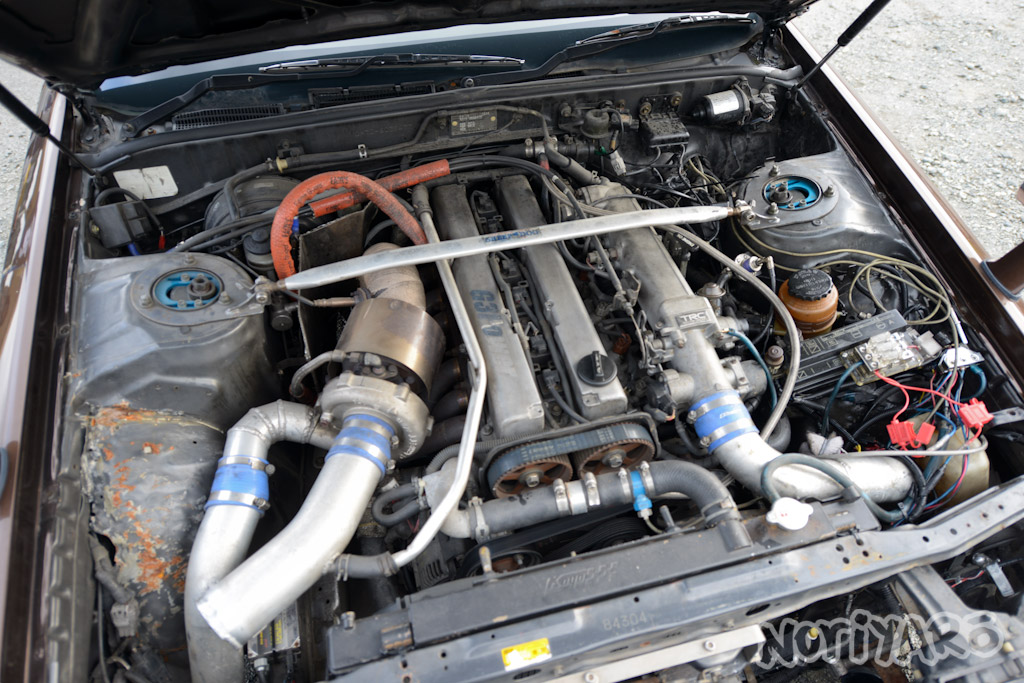 This one however, had been fitted with a non-VVTi 1JZ.

“I think it was from a JZX90, but I’m not sure. It had been sitting around the shop for a while before I decided to put it in.” he said. 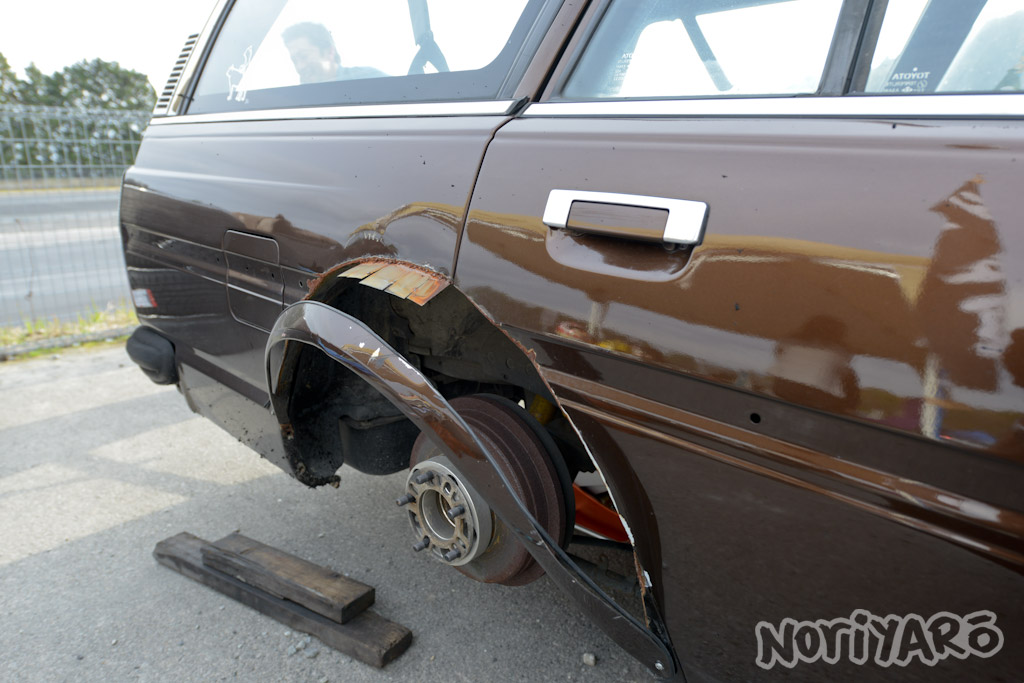 The fenders have been radiused to fit the 18in wheels he slams the car on. I took this as bolting the fender back on to go home.

“I never really got around to filling these in.” 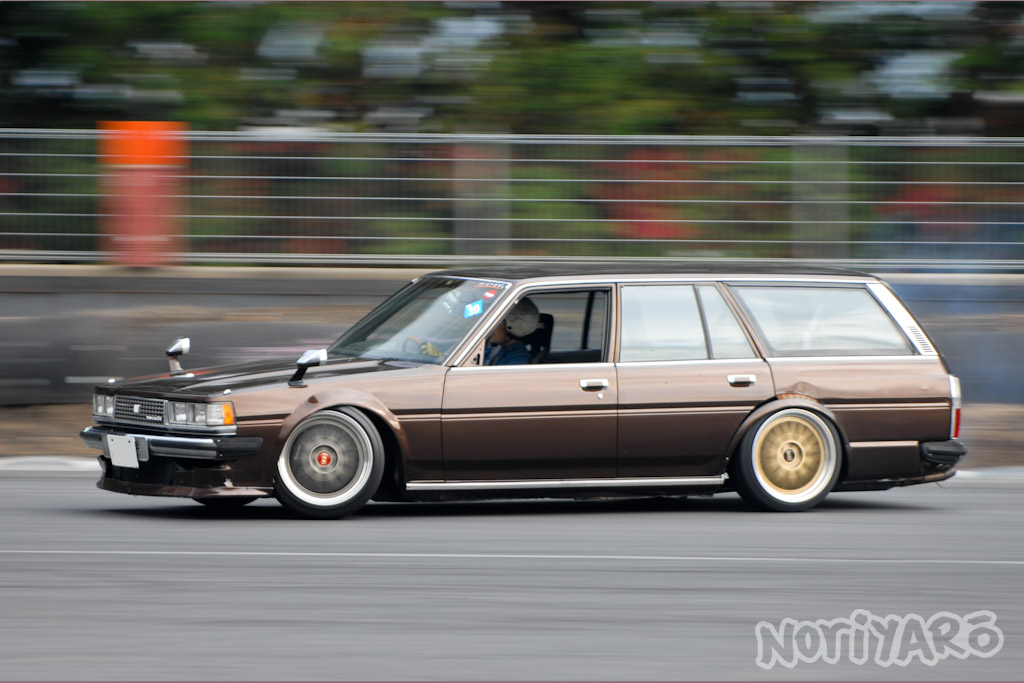 Out on the track, the car looked surprisingly nimble and easy to drift. 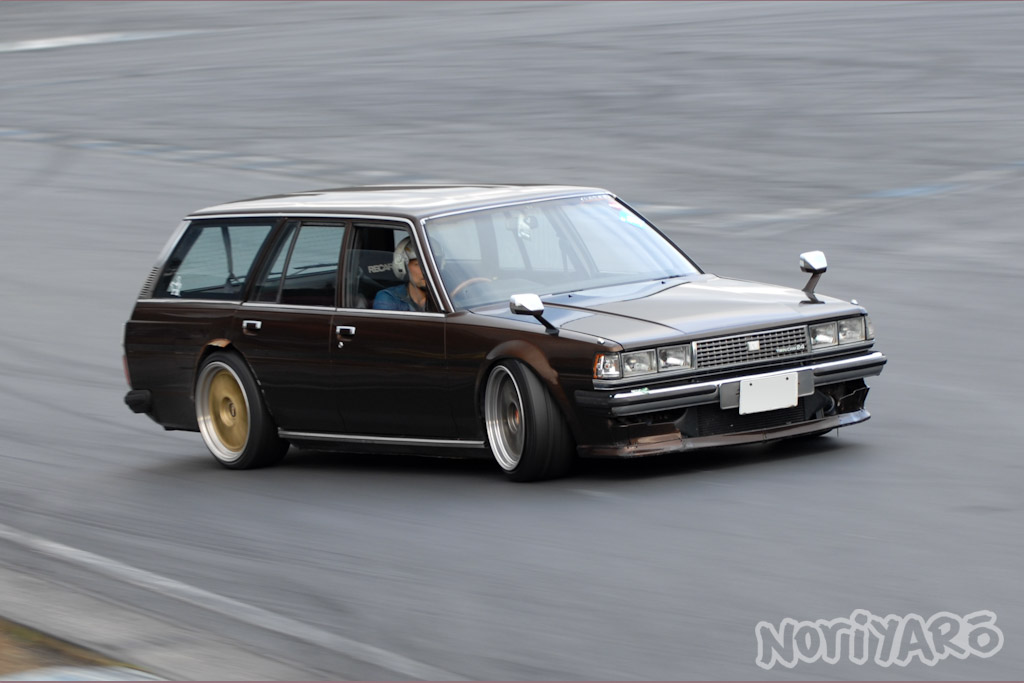 One problem I noticed was that it did have a lot of rear axle tramp, but that could probably be sorted out fairly easily. 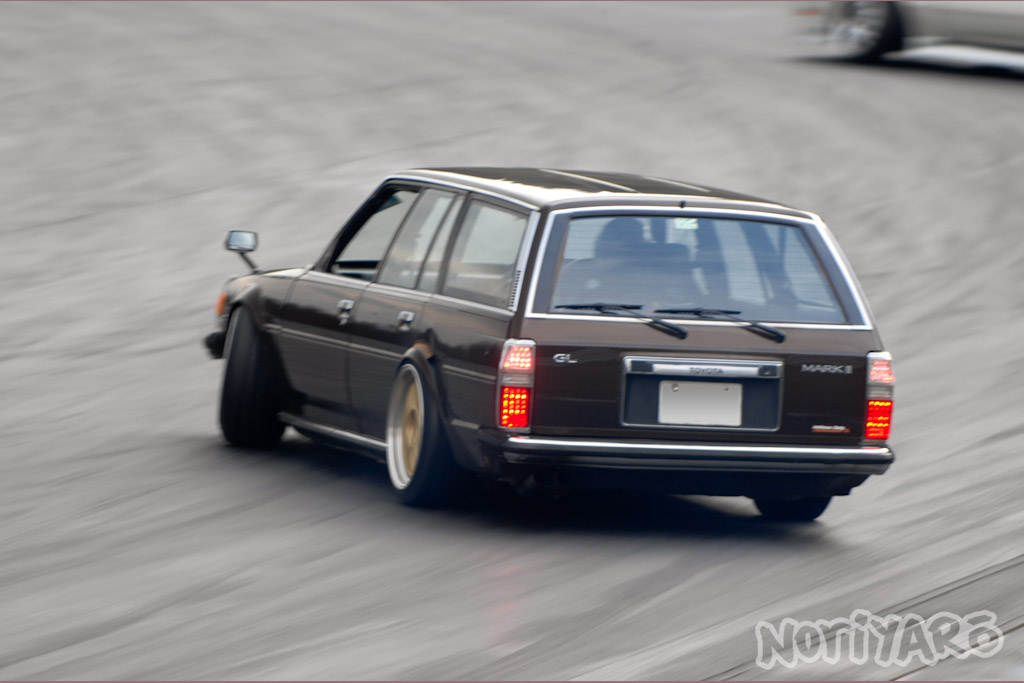 Wagon shapes also look great when they swing the rear end around, like a battleship doing a u-turn. 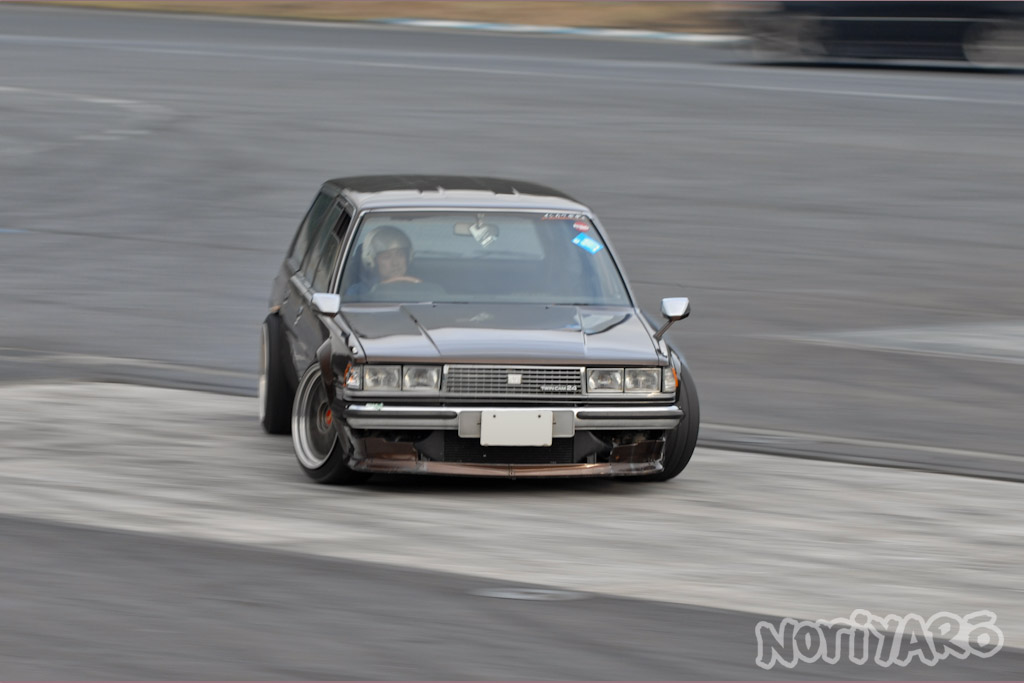 I think he’s replaced the standard bumpers with some random chrome ones, but I can’t tell what car they’re from. Any Toyota guys with an idea?

For the American guys, this car was sold in the USA as a Cressida wagon, wasn’t it? 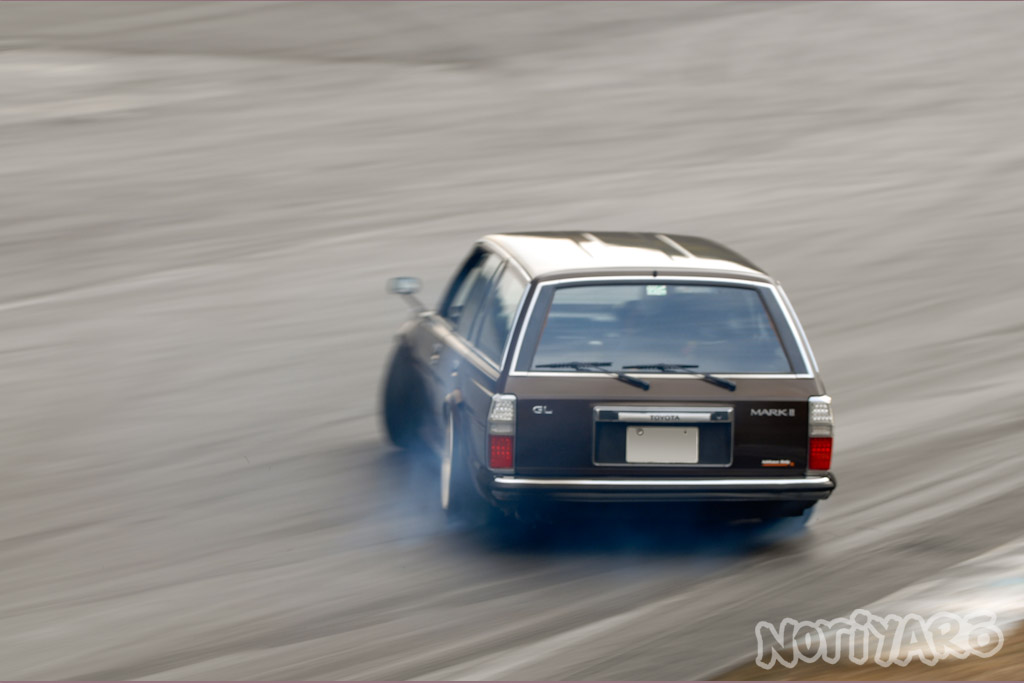 Three or four of them in a row doing this would be amazing. 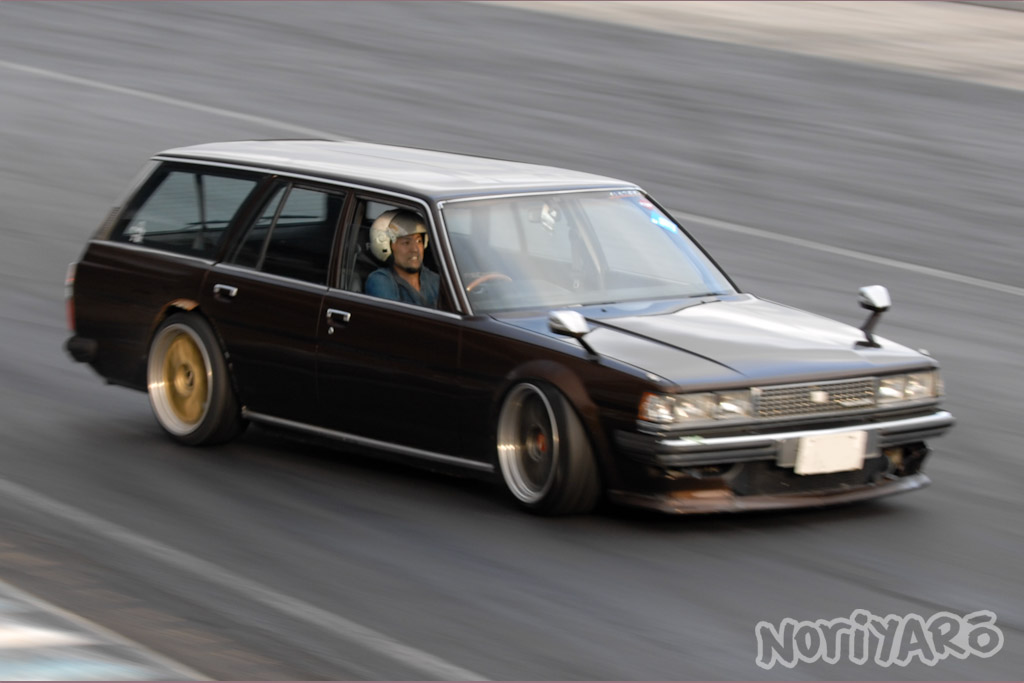 Here’s how much fun it is to drift a wagon! Are you feeling this sort of thing? Here’s some more wagons!