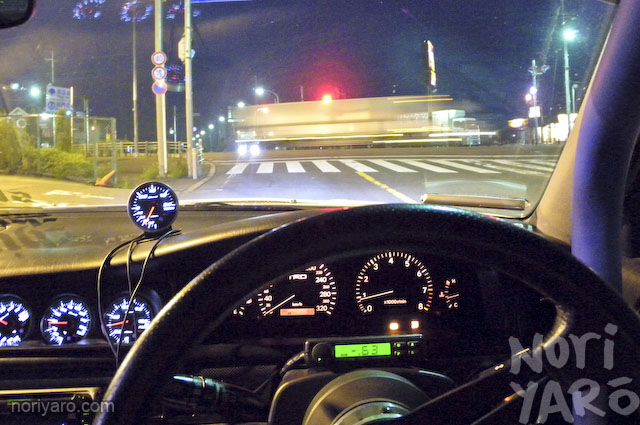 I had heard that entries opened at 10:00AM and usually sold out by midday. Since it was a weekday, and I didn’t want to take the non-discounted weekday expressway there, I decided to leave early in the morning. 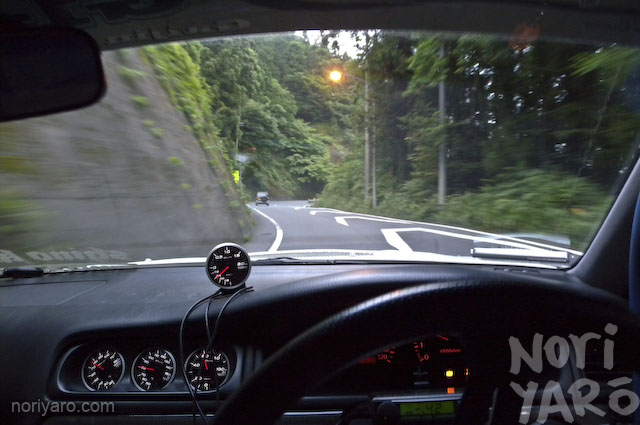 The non-expressway route to ST Garage, which is down past Fuji Speedway, mostly involves pleasantly winding roads which were mostly deserted. 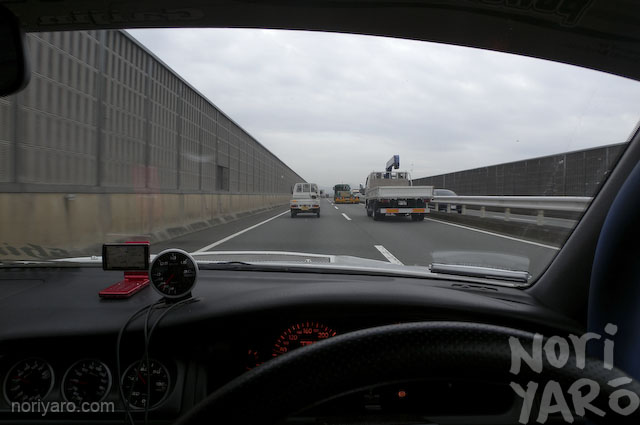 OK, so I took a short bit of expressway to avoid some boring suburban traffic.

That’s my mobile phone there on the dash serving as a navigation system. 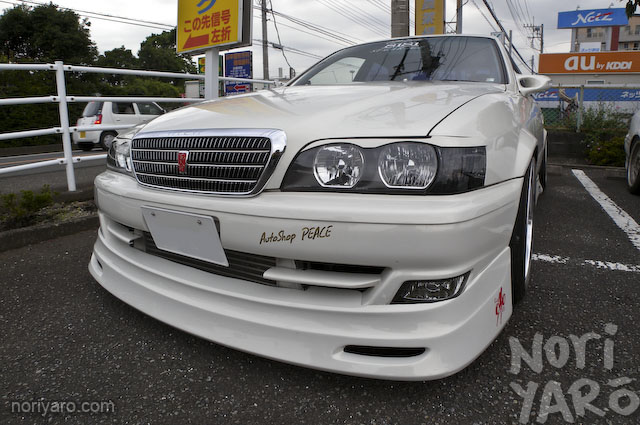 When I arrived there at about six in the morning, I found this guy called Kaneda who had driven all the way from Nagano with a big wad of entries from his friends. Notice the kouki Cresta grille conversion. 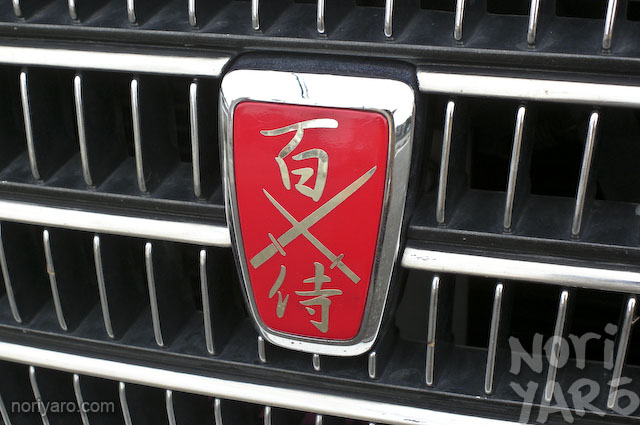 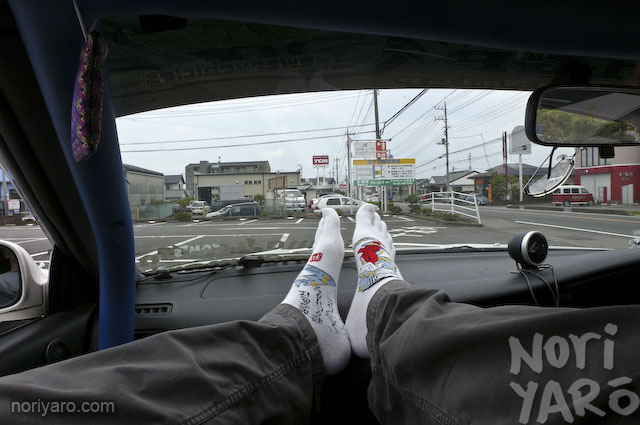 It was a fair wait until the entries opened, so I put my feet up for a bit. 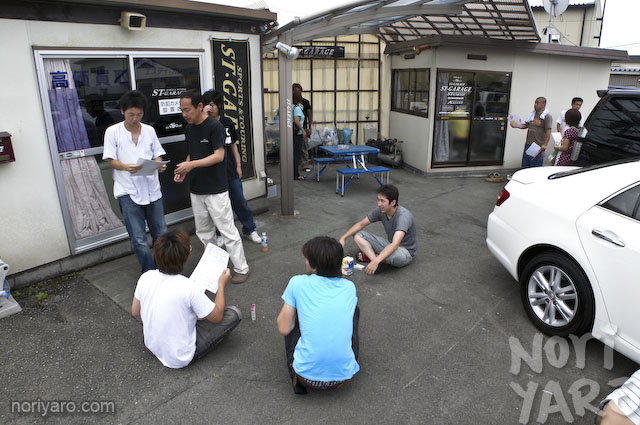 A few hours later and a lot more people had showed up to enter. There were about thirty all up. 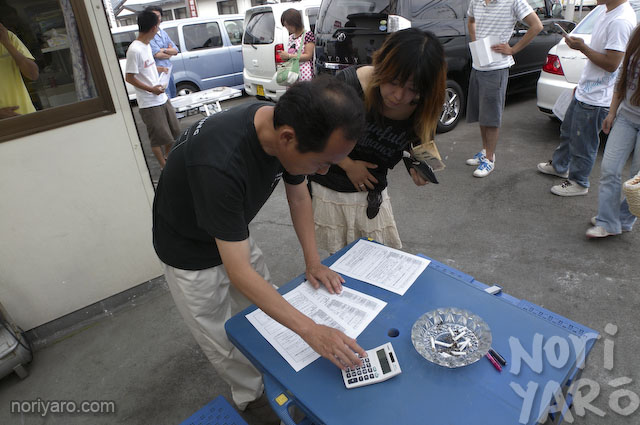 This girl had about two thousand dollars to pay for all the entry forms she had. Most people there had a bunch of entry forms they were handing in for their friends. 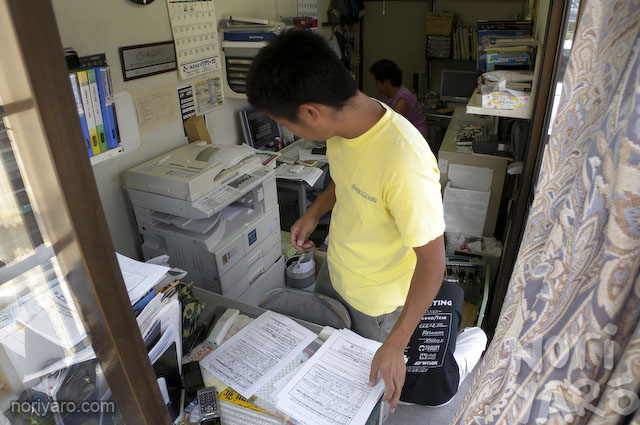 As soon as the clock struck ten, the ST Garage fax machine began spitting out entry after entry. 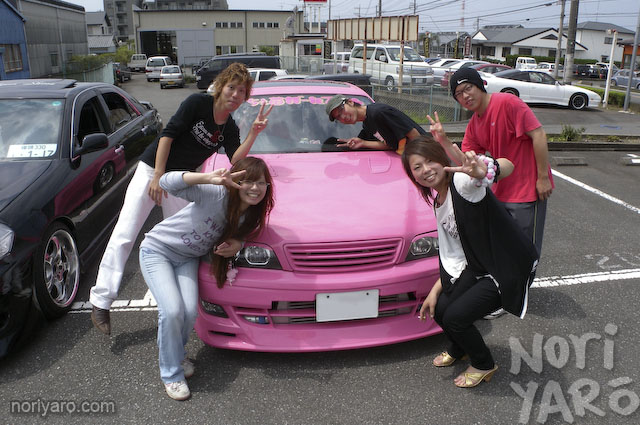 Sacchan turned up to enter as well! The actual event is at Fuji Speedway on the 19th of September, so you can expect a photo or two from that.