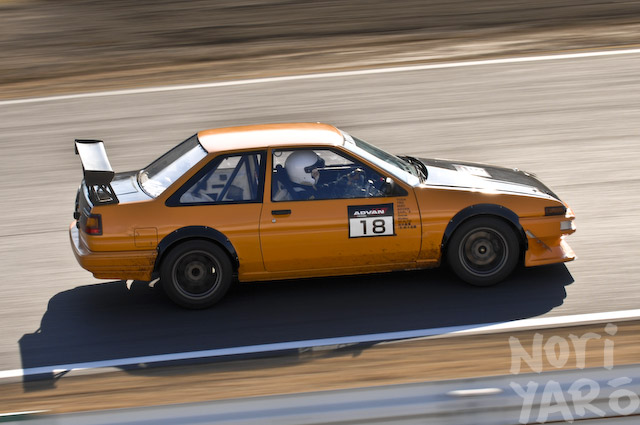 The fastest car was Tsutomu Suzuki, driving this Cashiew Trueno, with a best lap time of 1’02.885. 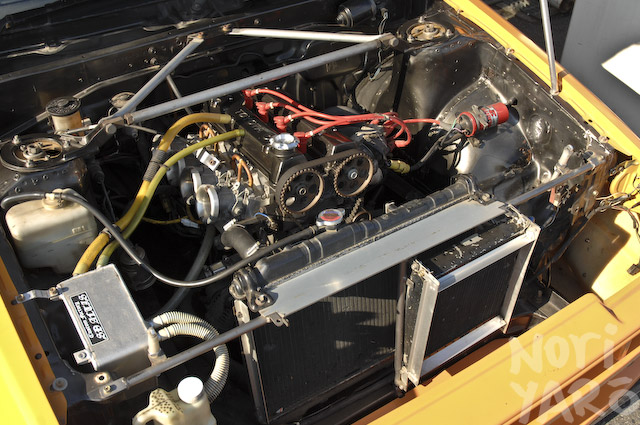 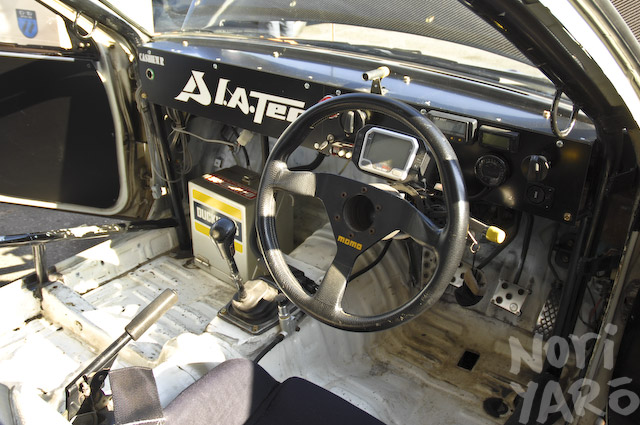 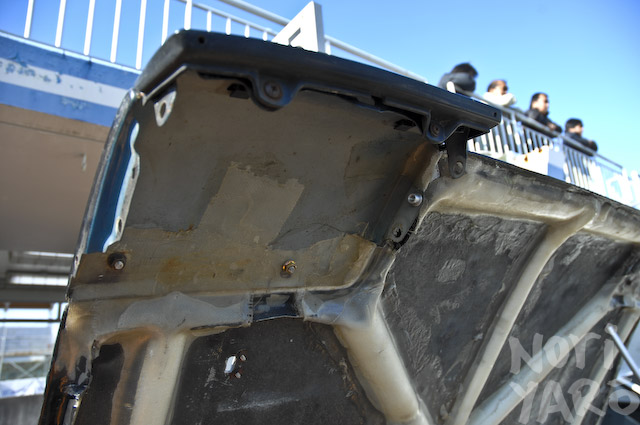 Headlights are heavy, so the covers are just bolted to the bonnet. 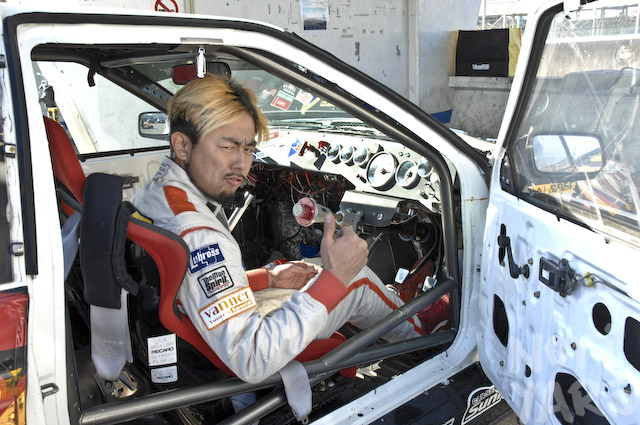 Hibino competed in the race in his SR20 turbo D1 Levin, and came fifth overall. 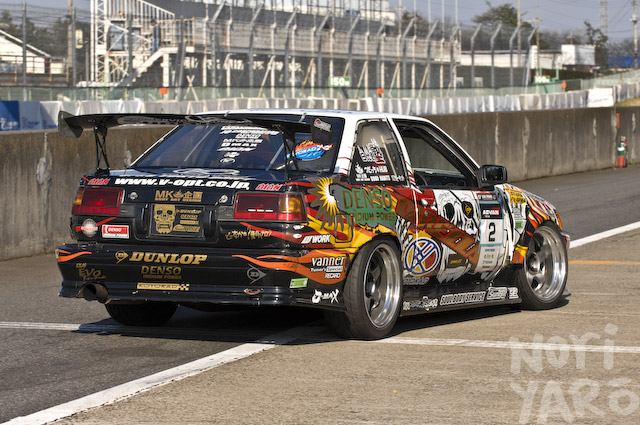 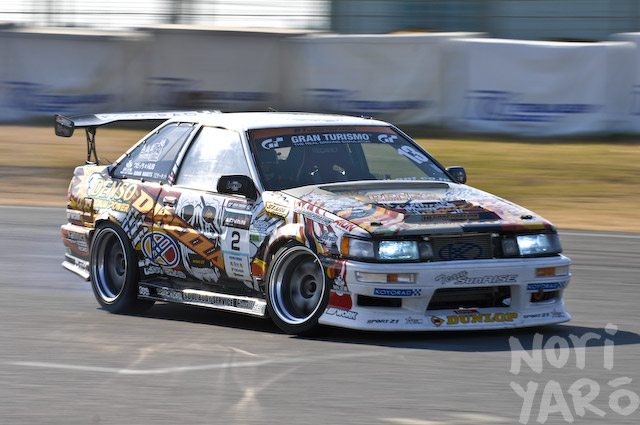 He had a bit of a hard time getting the car to drive in a slight understeer like all the faster ones. 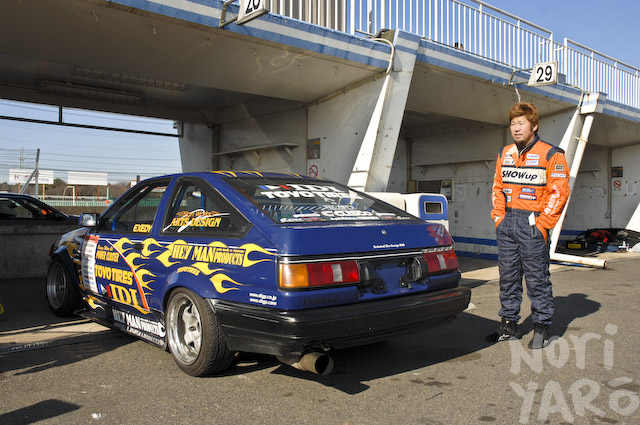 Shinji Minowa brought his drifter out for the race as well. 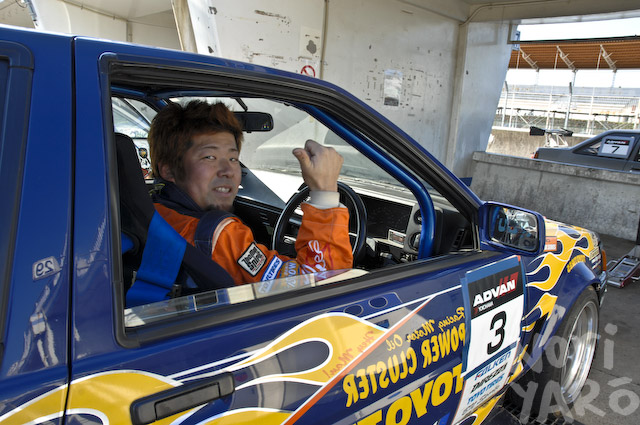 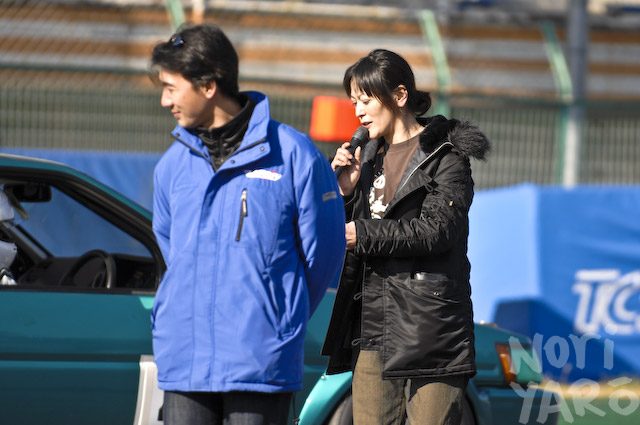 The race was commented by Shino from Shino Kouba, seen here with Ken Satoh. 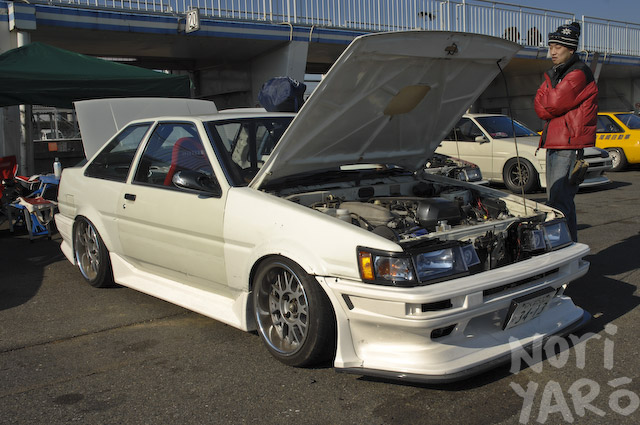 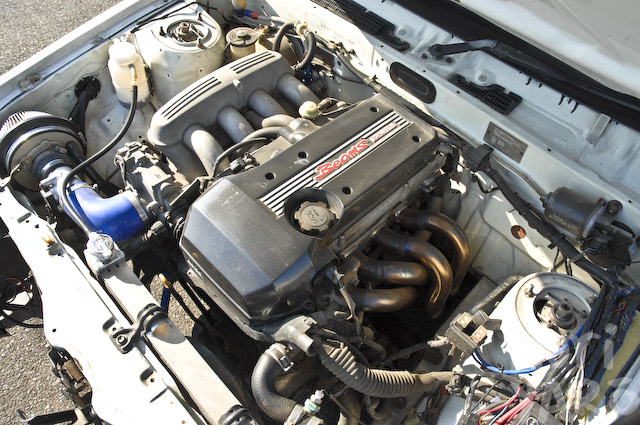 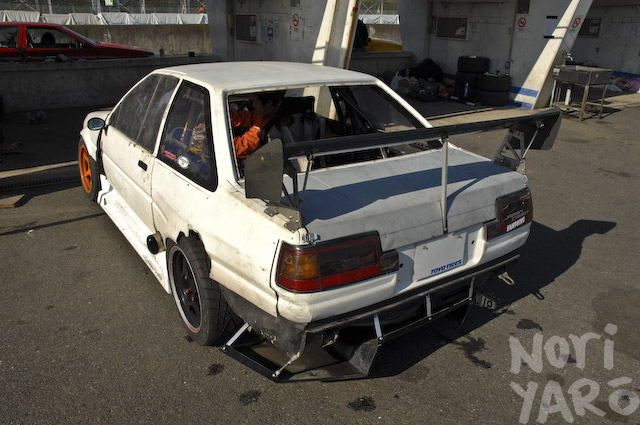 This three-door turbo was quite busted, but looked very cool. 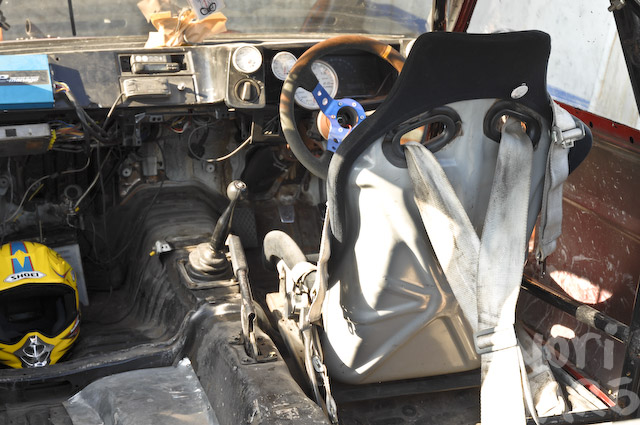 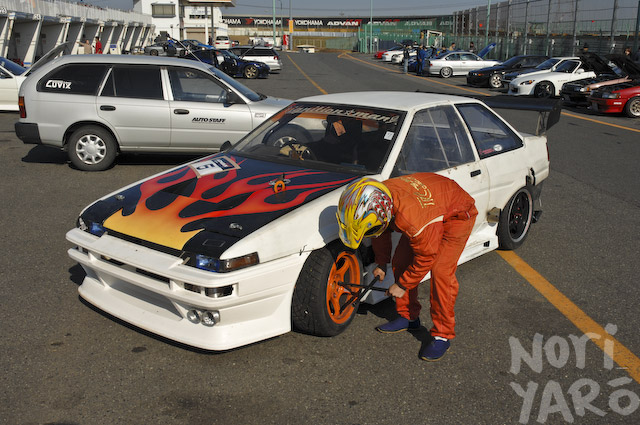 Just as the driver was heading out to the track, he realised that he had forgotten to do up his front wheel nuts. 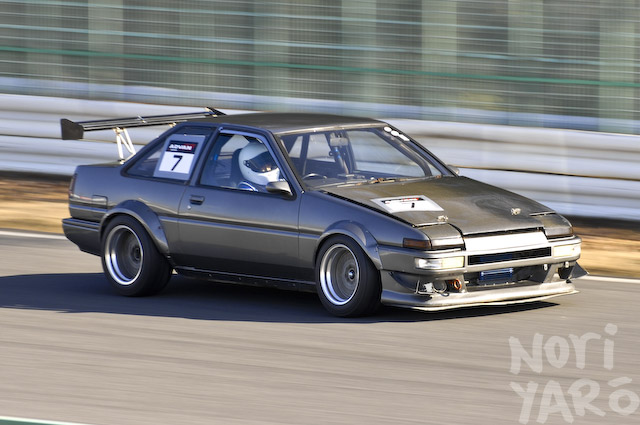 The third fastest car overall was driven by Noritsugu Nagatani, with a best time of 1’03.437. 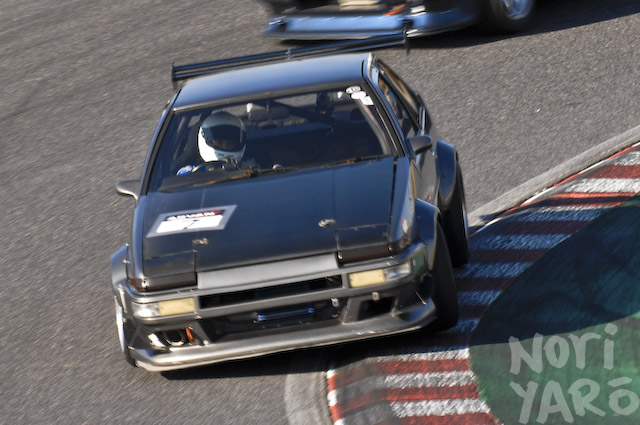 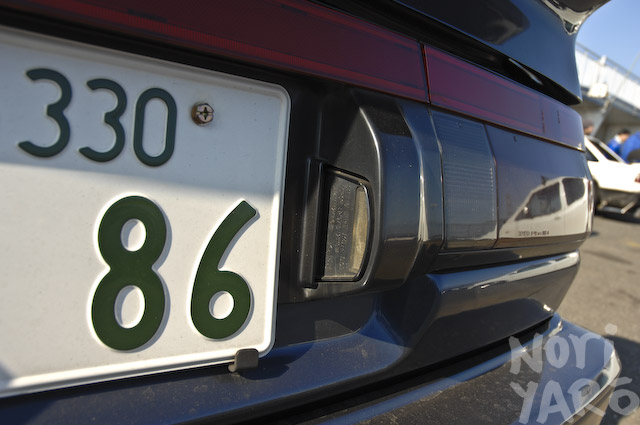