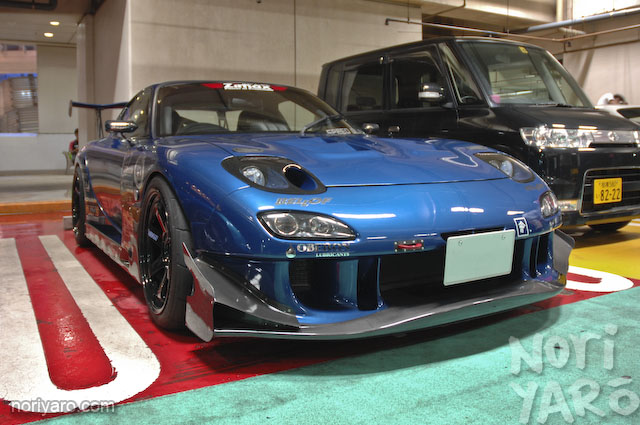 I thought I’d put these pictures up here first, because they’re probably the best-looking ones I took. The Zimax cars all looked great and completely at home on the Wangan. 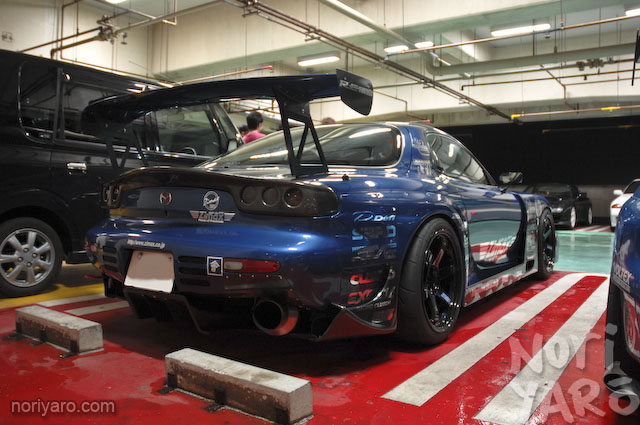 Insert the standard “if I had an RX-7, this is how it would look” comment here.

If I did have one though, it would probably look all haggard like this one. I heard this particular one likes to do endurance races at Ebisu Circuit.

I’m trying really hard to write a caption that doesn’t mention Batman. I wasn’t able to though. 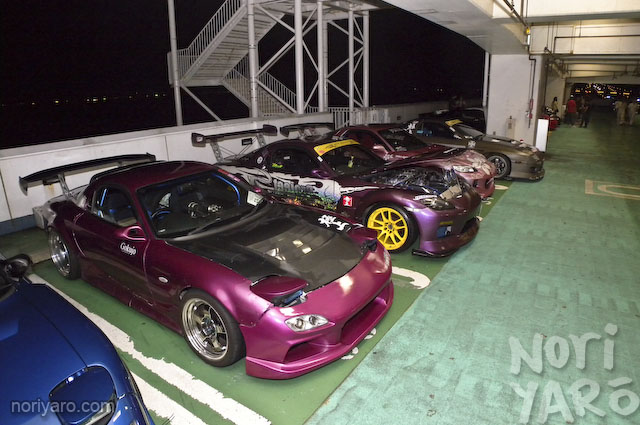 I was hoping there’d be some drifters there. These guys are from Tochigi, and I regularly see them at Nikko Circuit events. They were surprised as hell to see me there! 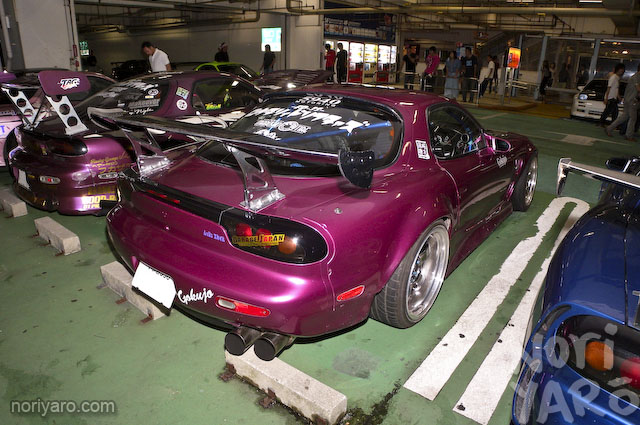 Actually, if I had an RX-7, it would probably look like this. 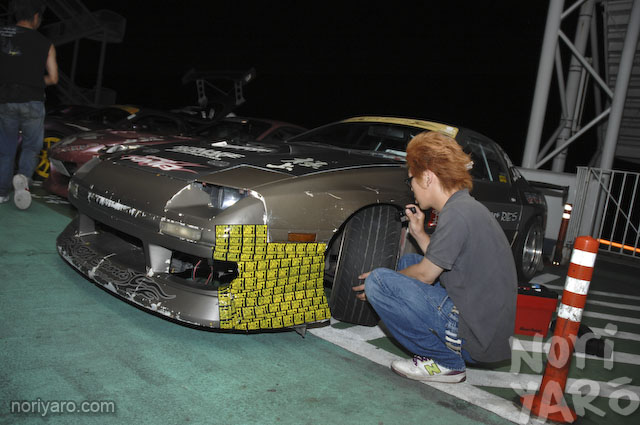 Drift alignment isn’t great for long-distance highway travelling, is it?

Kenji, the guy with the BN Sports RX-8 nose conversion, brought his RC Drift Samurai replica to play with in the parking lot. 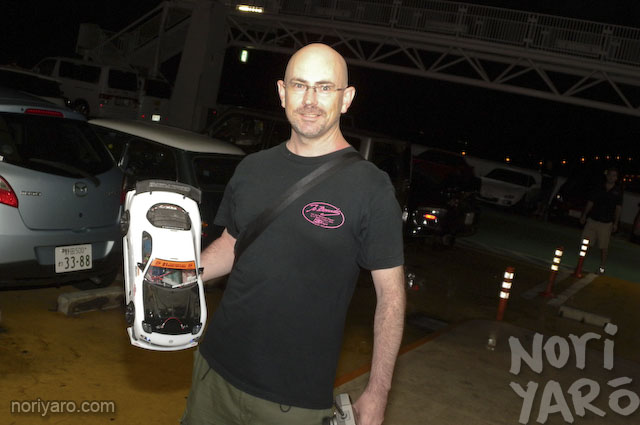 Here’s Russ from every FD maniac’s favourite blog, RE Extreme. 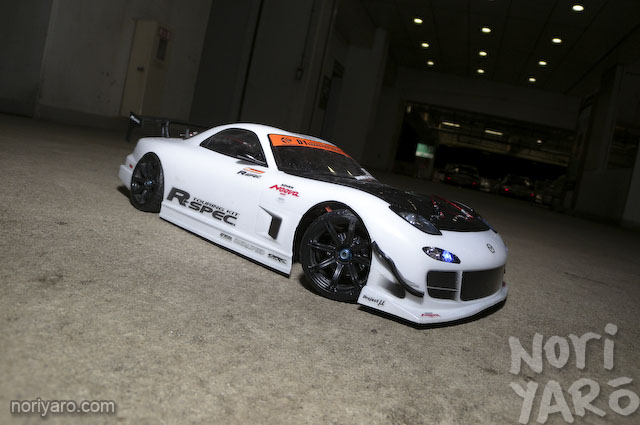 Russ is currently without a real RX-7, so he brought along an RC version too.

Sorry for knocking out the steering rod or whatever I broke on it Russ! 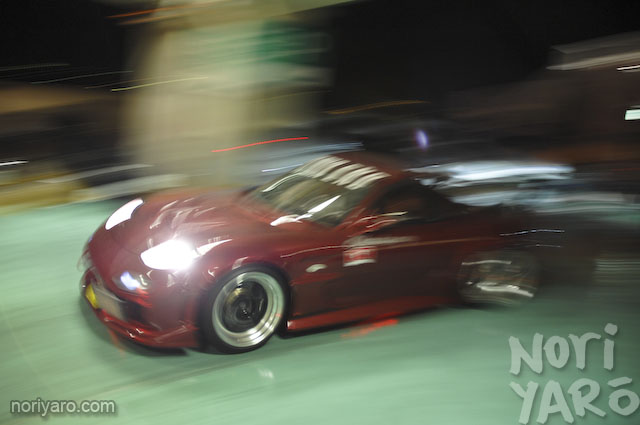 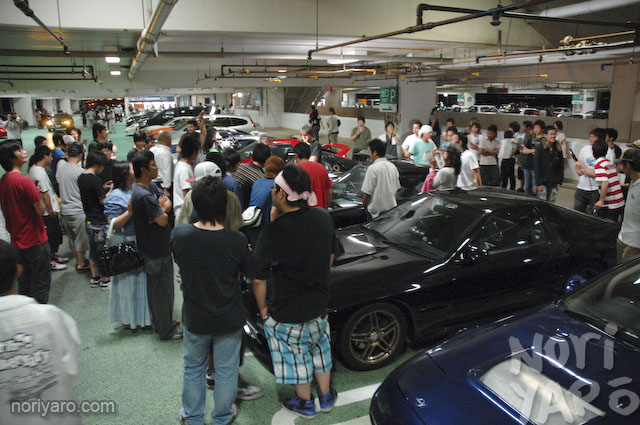 After one particular car parked, a big crowd formed around it. Who had arrived?

It was Nomuken with the Video Option crew.

He did the usual “walk around, look at interesting cars and make fun of people” thing. 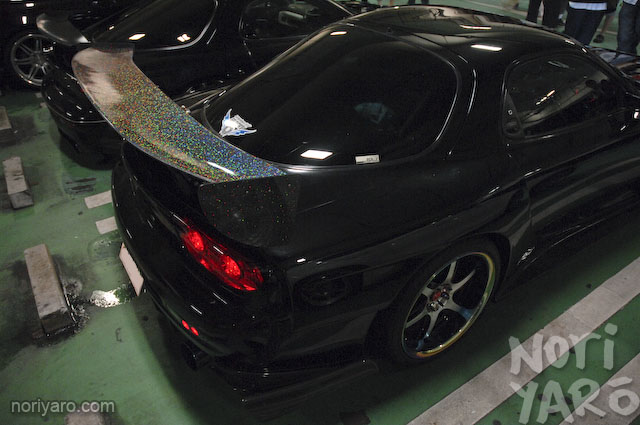 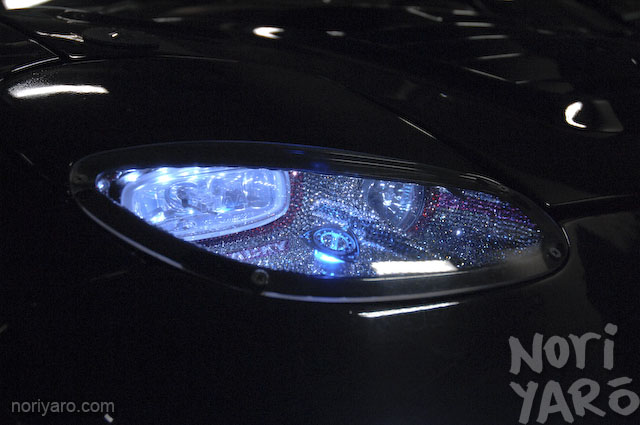 The same car had this on the front. Swarovski-jewelled parking light, which they’d call “deko pojishon” or “decorated position lights”. 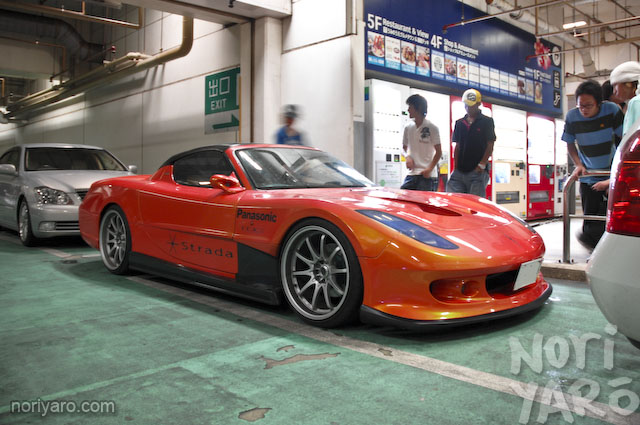 The Tamon car was there too.

My first car was an SA22C like this one, but in factory powder blue. I might mention that the entire car park started to have that particular rotary smell by this point. 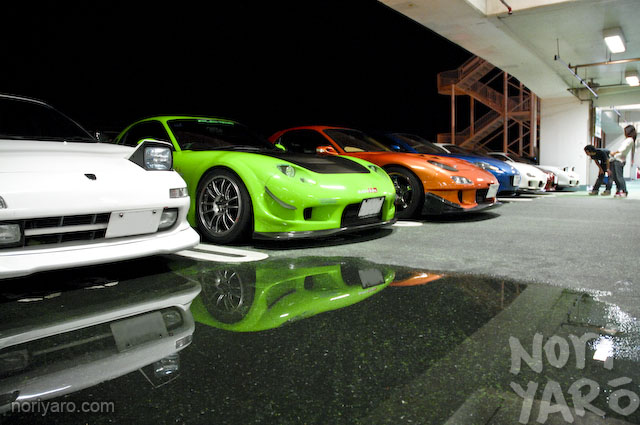 Isami Amemiya showed up in the RE Amemiya demo car, but he wasn’t too interested in hanging around for the crowd.

Erm, Ferrari? Full points for effort, if anything.

OK, that’s all I have! I’m really starting to think a video camera would be more useful than a still camera at these sorts of things.