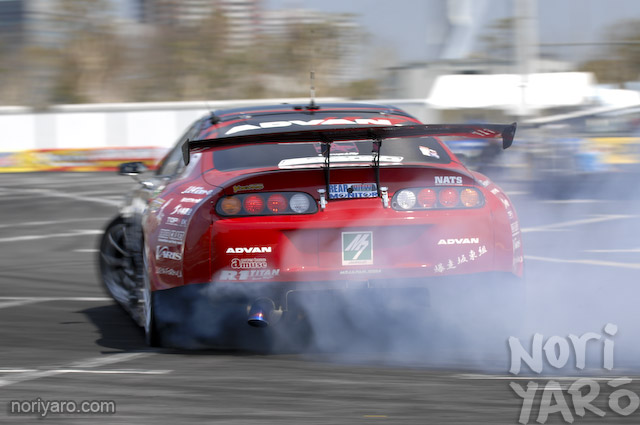 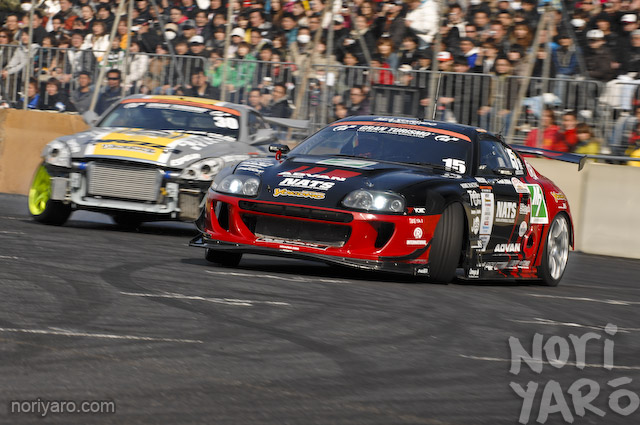 I was reminded to post these pics after watching the Autopolis D1GP DVD, where Orido crashed heavily on a demonstration run, putting himself and D1 commentator Mana-P in hospital. They were both out by the next day though.

You can see the crash on the preview for Option #195:

To be honest, one of the best parts of this Option is hearing Mariru-chan from the “Nakano Fujoshi Stars” idol group squeal as Okachin drifts around Mobara Twin circuit at an itasha-only event. 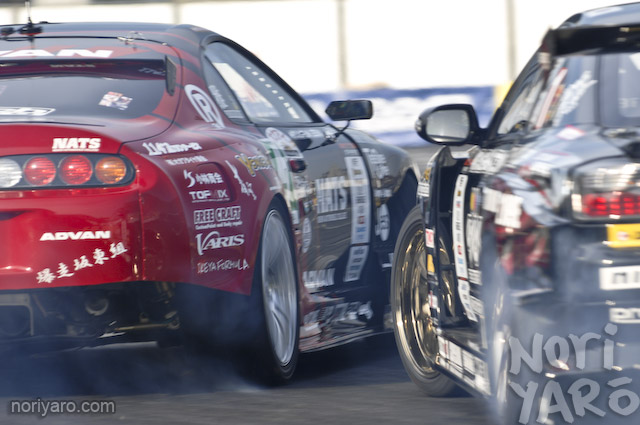 Orido’s Supras have always looked pretty intimidating, and have a real influence from his GT-driving experiences.

The guy knows how to make a Supra look good, and not just when it’s standing still either.