Next, here’s a poster I saw at the local registation office, aimed at cars and bikes with too-loud exhausts. 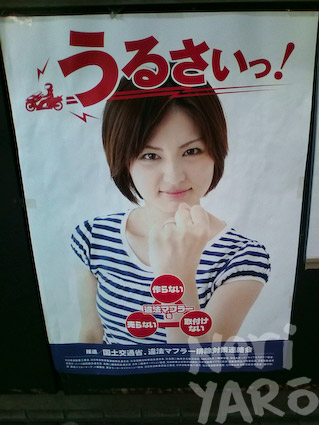 The big text at the top says “Shut the hell up!” or thereabouts. Down below that on the little triangle, it says “Modified mufflers: Don’t make them, don’t sell them, don’t buy them.”

Reminds me a bit of the “Speeding: Nobody thinks big of you” campaign run in Australia earlier this year, where authorities seemed to be under the illusion that young men speed to impress the opposite sex.

Judging by the number of girls with copper-dyed hair, skintight leopard-print and too-pink lipstick I’ve seen riding on the back of maxi scooters with loud exhausts, they’ve got their choice of poster model wrong here too. 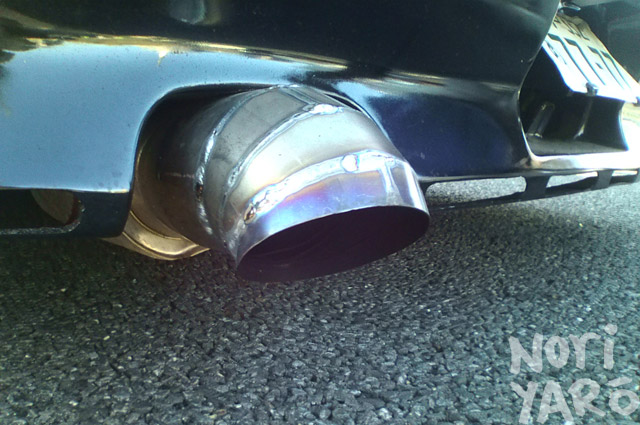 Here’s a bunch of wheels at a local Up Garage that some people might find interesting. 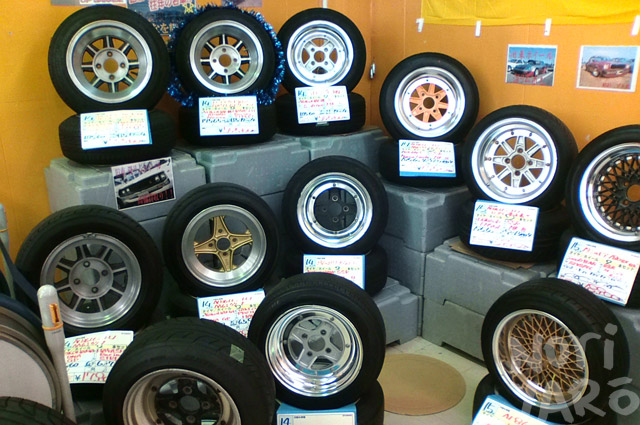