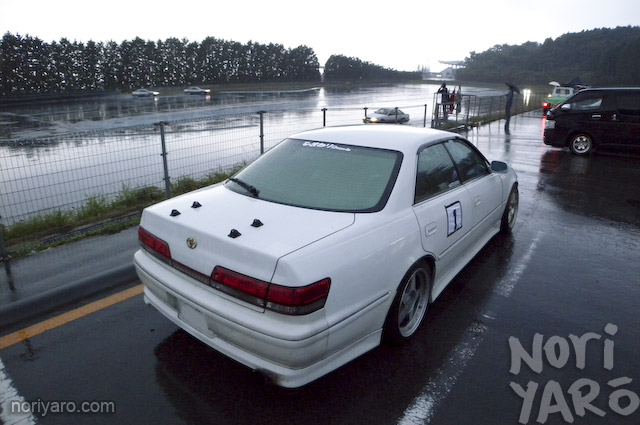 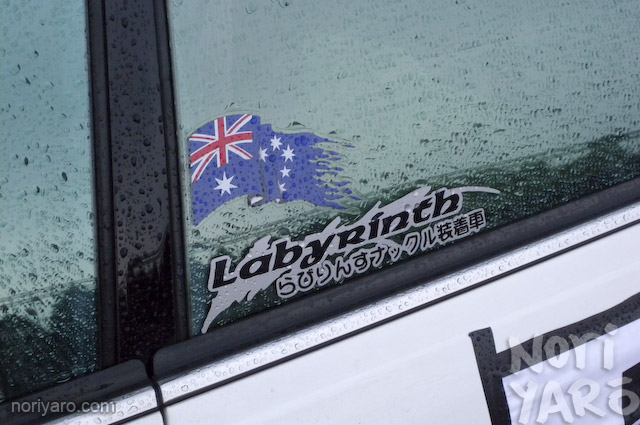 This was an event I went to about a month ago, a Himawari Racing event at Fuji Speedway’s “Doripa” course.

I found these Aussie flag stickers at a local truck parts shop, so I had to pick them up. Below that is the sticker that came with my Labyrinth angle-up steering knuckles, that informs anyone who reads it that this car is indeed fitted with their knuckles.

I just realised that I never put up the pics of that installation. I’ll have to do that sometime soon too. 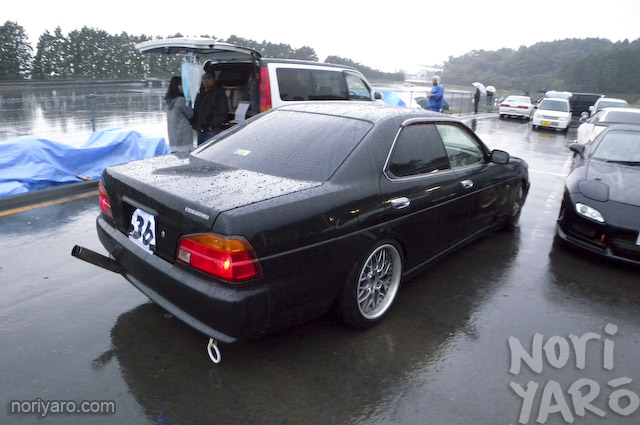 I didn’t ask, but I’m pretty sure this C35 Laurel was owned by a highschool boy. He was wearing a school uniform at the track, and so was his girlfriend. The event was on a weekend, but a lot of kids in Japan go to school on the weekends for various reasons. I guess they wagged to go drifting instead. 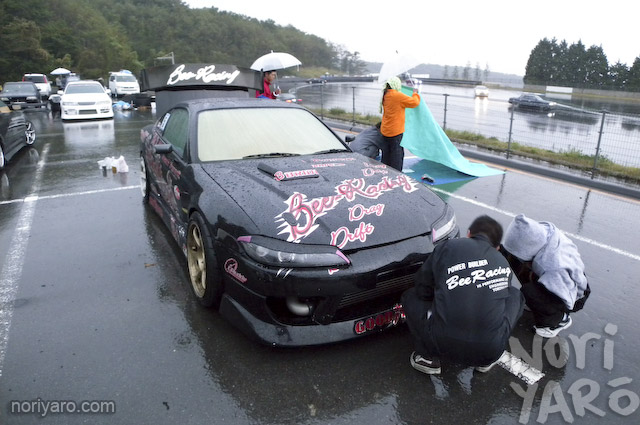 Ever see that airbagged, superturbocharged Bee-R S15? It still exists and was being driven by a Bee-R mechanic. the suspension had been replaced with regular coilovers though, but the engine still had the supercharger turbocharger combination installed. 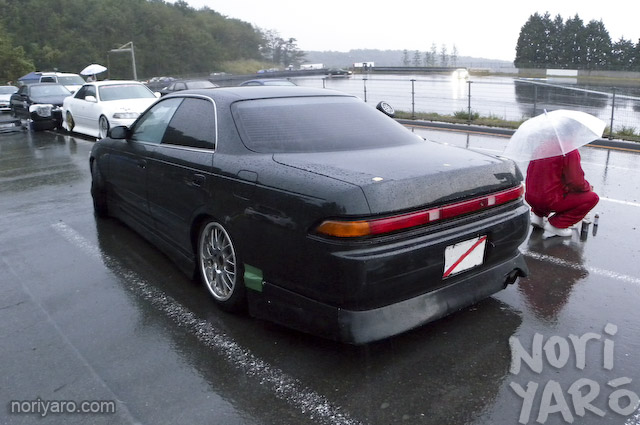 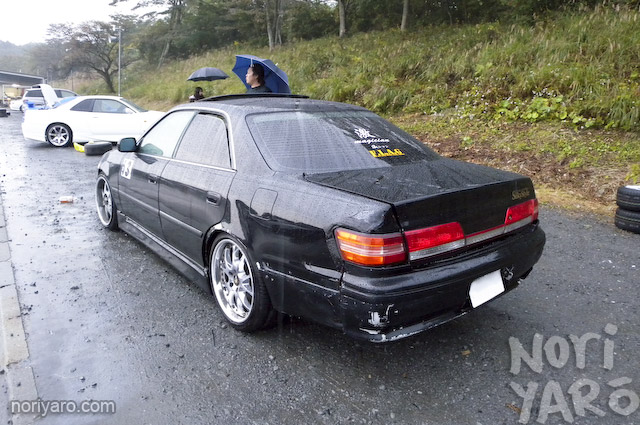 But the kouki tails are definitely the ones to have on a JZX100. This guy obviously smashed his, and bought a cheap zenki to replace it with. 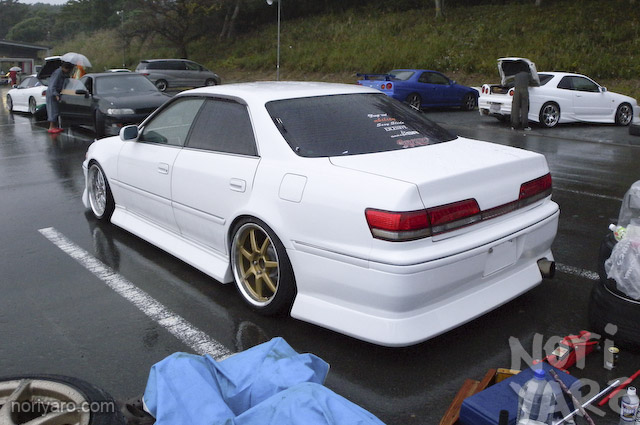 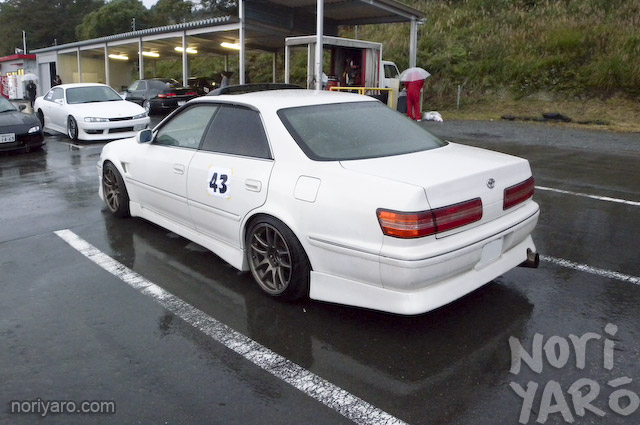 I was going to try fitting a set of titanium CR-Kais I had originally bought for the Skyline on the Mark II, but I’m not such a fan of them on these cars. Want to buy a set of absolutely brand-new in the box 17×9 +17 CR-Kais in limited black titanium? They’re for sale if anyone wants them. 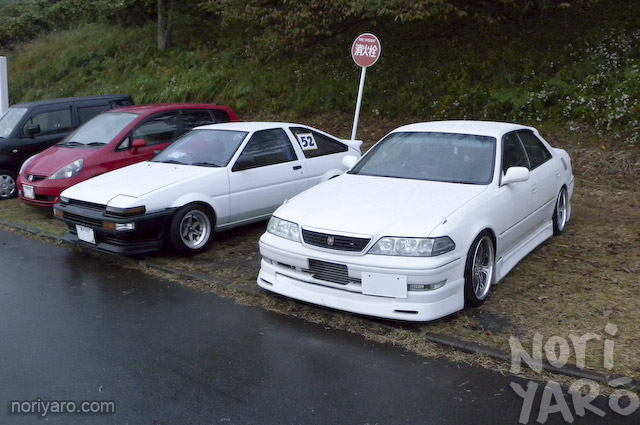 A lot of the Himawari guys are S14 fans too. 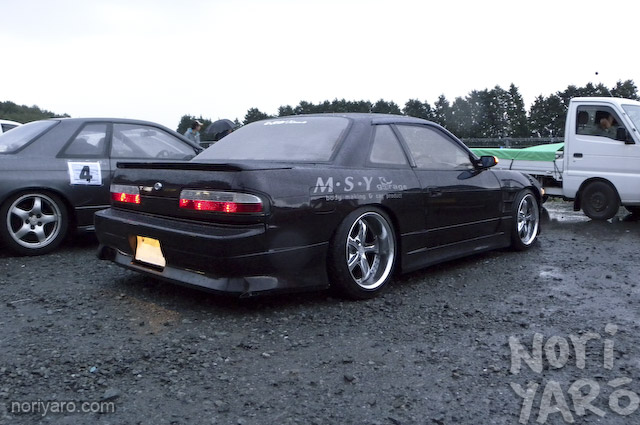 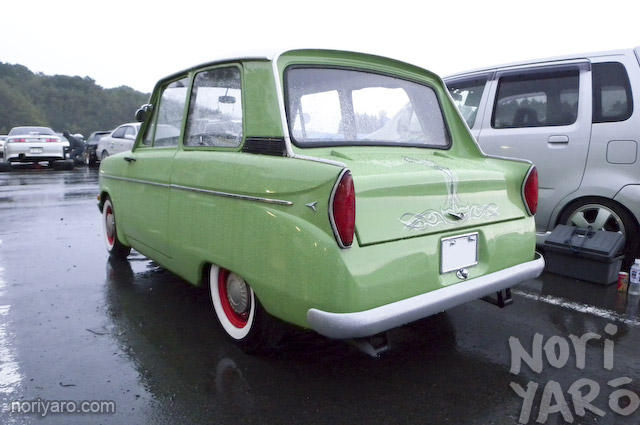 OK, here’s one for you. Anyone know what this is? 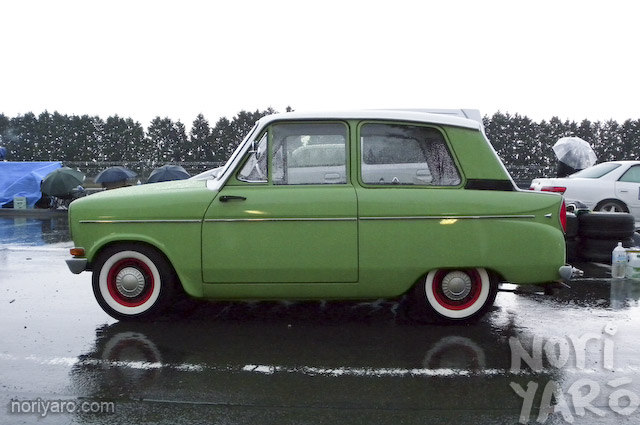 Guess it? It’s a Mitsubishi Minica, coming all the way from the 1960s with a two-cylinder, two-stroke air cooled engine!