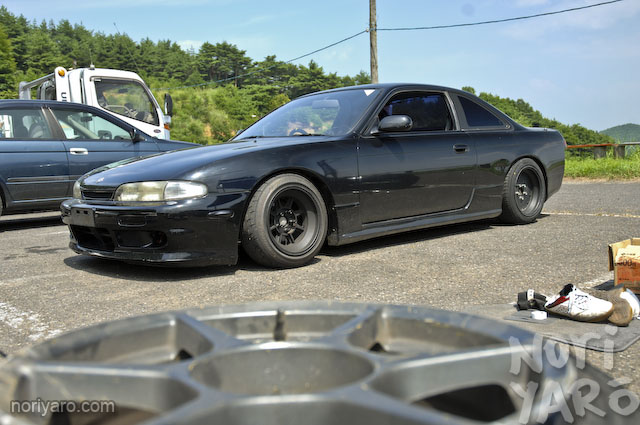 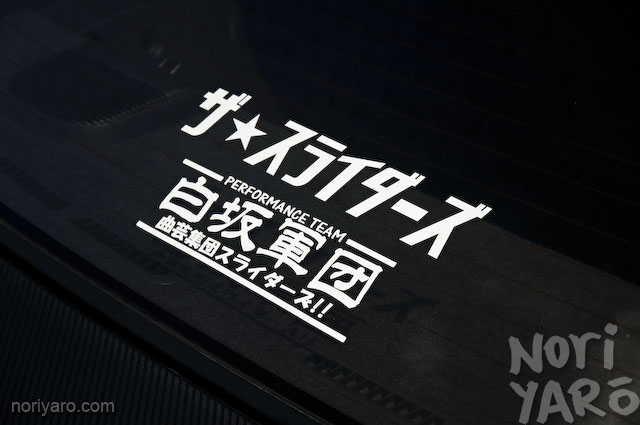 The Sliders is a legendary team that’s a bit over 20 years old from the mountains of Saitama, just west of Tokyo. The leader of the team used to drift a brown S130 Fairlady that appears in a few older Option videos. 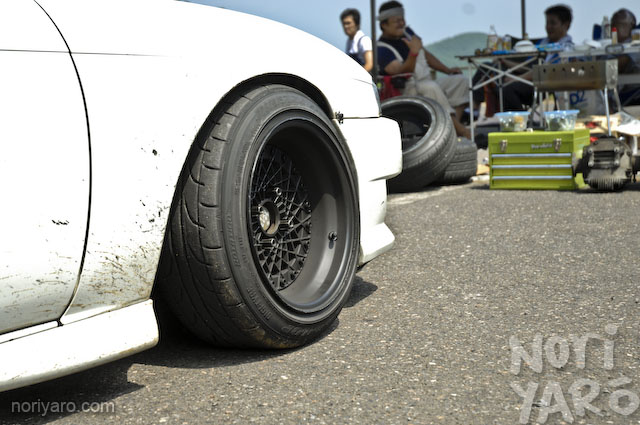 These guys drive Silvias though. 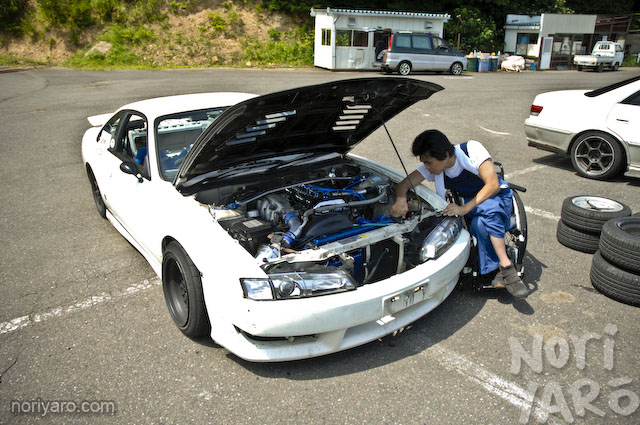 Kakinuma here used to drift a JZX81, but now he has this NA S14 Silvia. 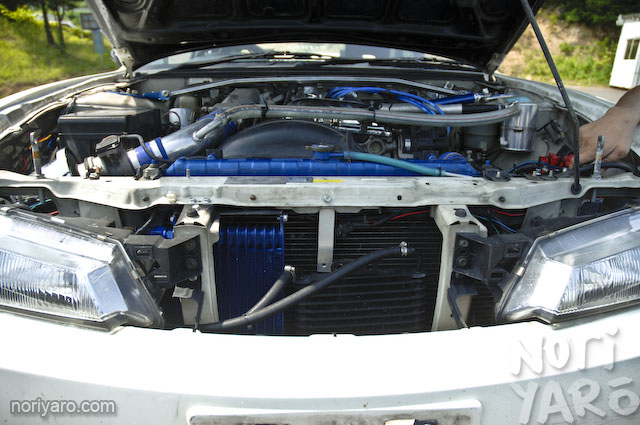 The Silvia is automatic, so he runs a trans cooler up front next to the oil cooler. 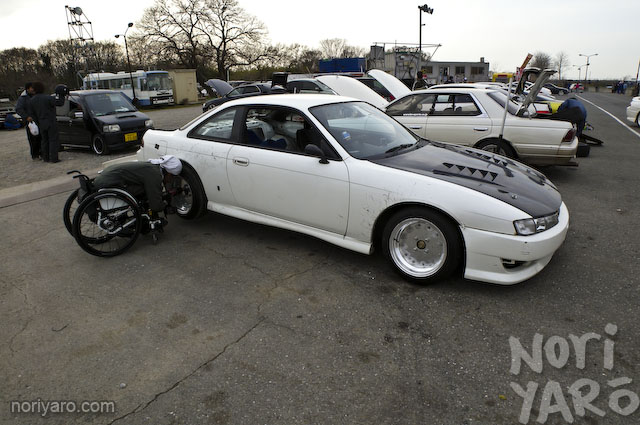 Why is it automatic? In case you didn’t notice it before, Kakinuma needs to use a wheelchair, but he doesn’t need any help changing his wheels or getting in and out of the car. Here’s how it looked a little while ago when I saw it at Okegawa. 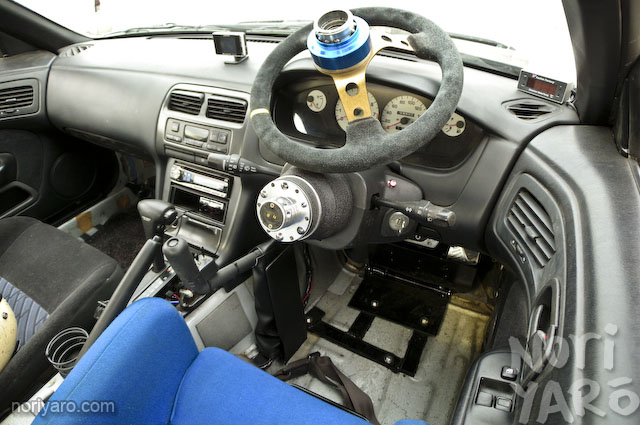 You can see the hand controls there on the left. Brake and accelerator on the one lever, along with an indicator switch and horn button. 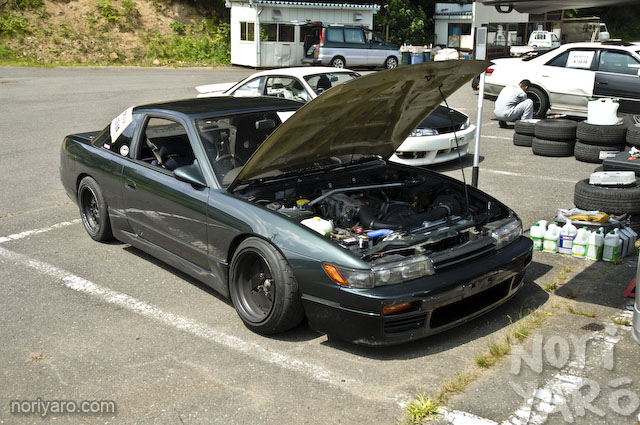 Takahashi’s S13 is the cleanest and lowest of the lot. 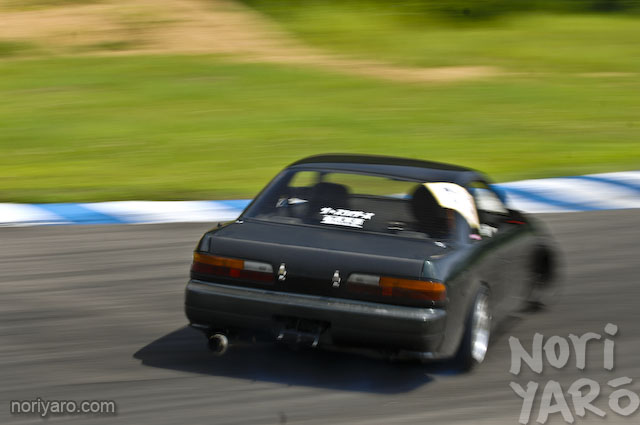 He also drives it the hardest. 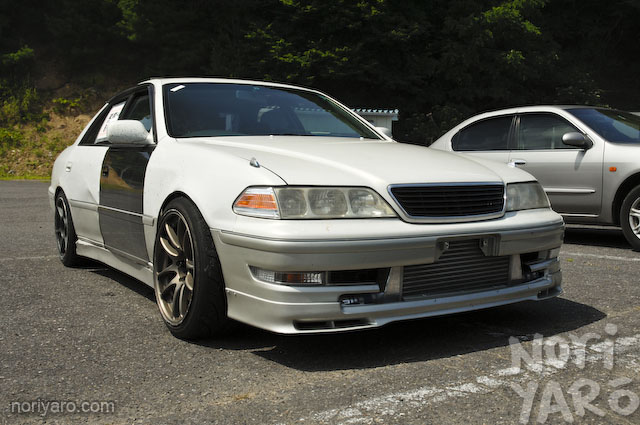 It’s breaking the theme a bit, but Ariga’s JZX100 is still tough. 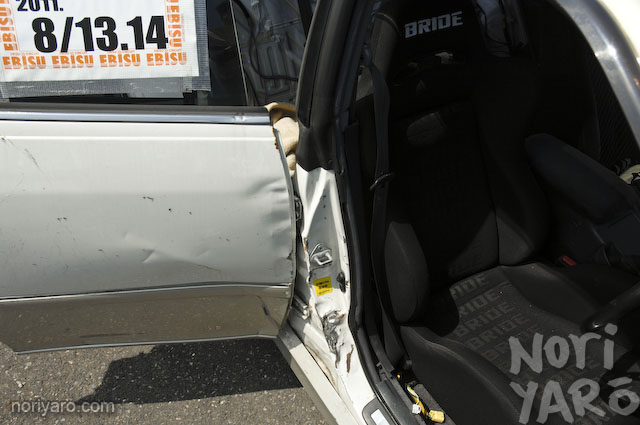 It had been involved in a nasty t-bone accident, but a bit of a yank with a chain sorted that out well enough. 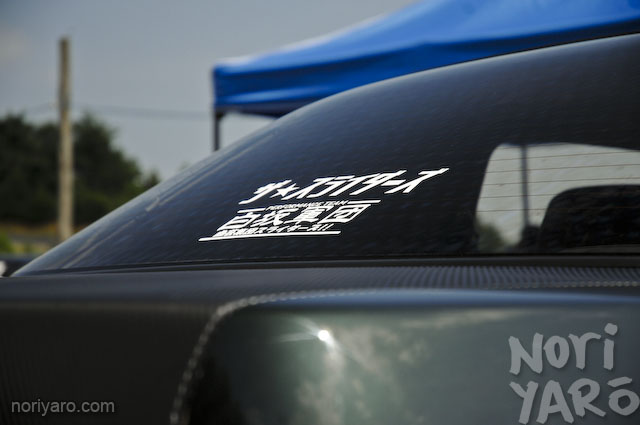