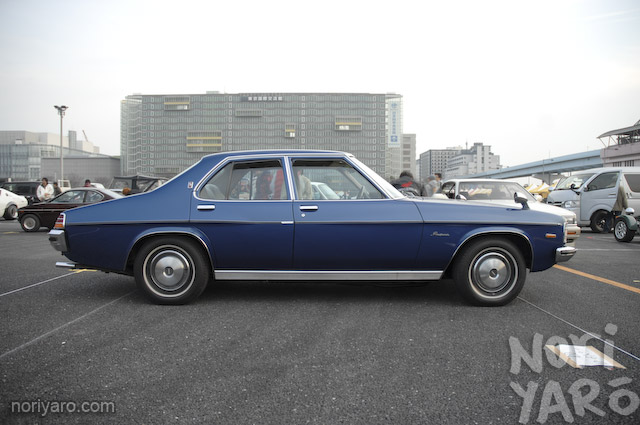 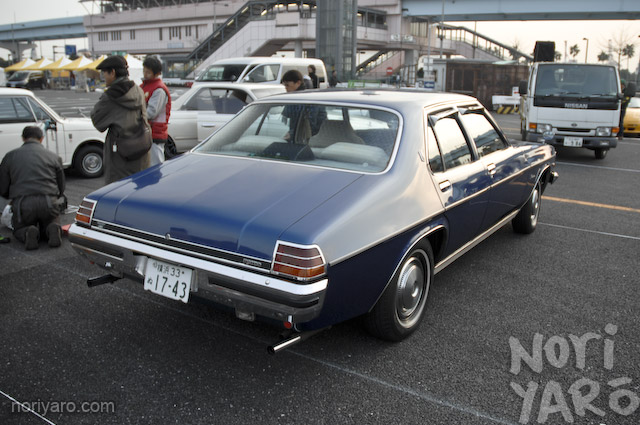 The short version of the story is that Mazda wanted to make a new luxury car, so they bought complete shells of one of the heaviest cars they could possibly find, which happened to be from Holden in Australia, and put an NA 13B rotary in it for some reason. If you’re intereted, you can read the Wikipedia page about it, for more info. 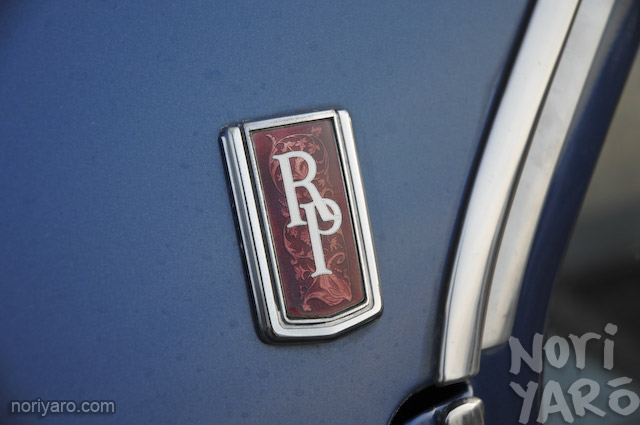 For the detail freaks, here’s what the c-pillar badge looks like. 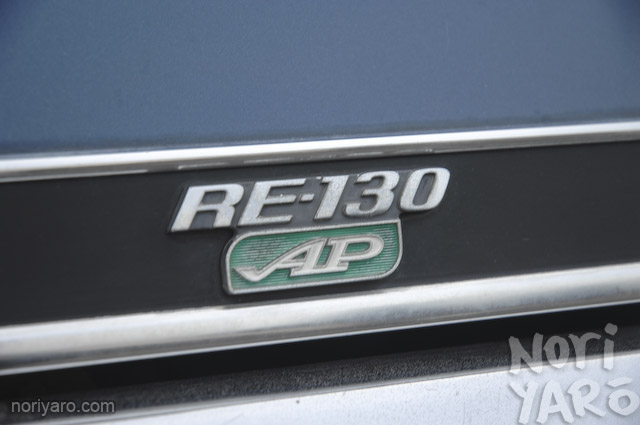 If there was actually a Holden Premier in the kind of condition this Roadpacer is in, it would go for a fair bit of money back home. The fact it’s an even rarer rotary version makes it hilarious.

This makes me think about all the times I’d be sitting at the lights in my first car, an SA22C RX-7, having abuse yelled at me by a bunch of yobbos who pulled up in a Holden. “Get a real engine ya poof!” they’d say. I wonder how they’d react to this. To the Premier’s credit, it was usually a Commodore they were driving.

For the record, I saw the guy drive away from the venue, and couldn’t hear even the faintest rotary-like sound from the engine. Oh well, I might have been hoping for too much to hear a peripheral-port 13B idle coming from it.