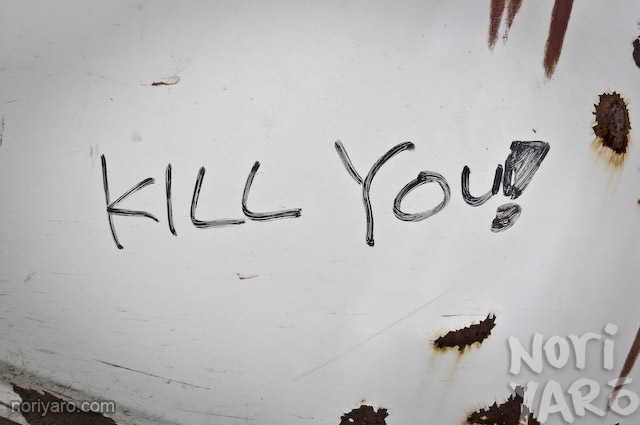 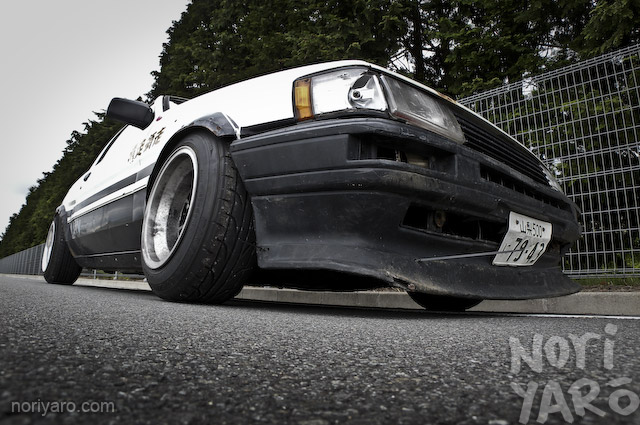 The only reason this car exists is for the sole purpose of practicing as much as possible. 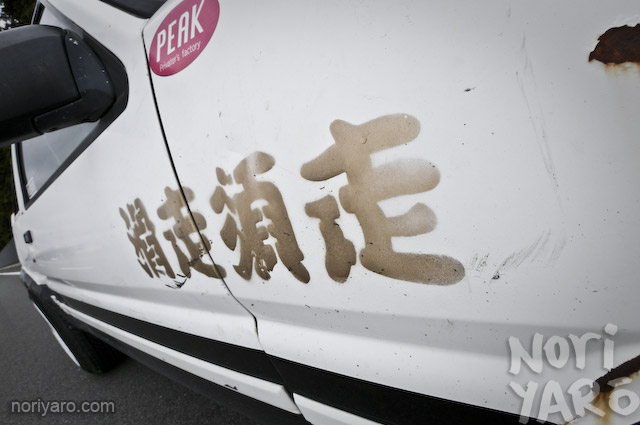 I suppose it would best translate to “Subashiri Sliding Runners”. 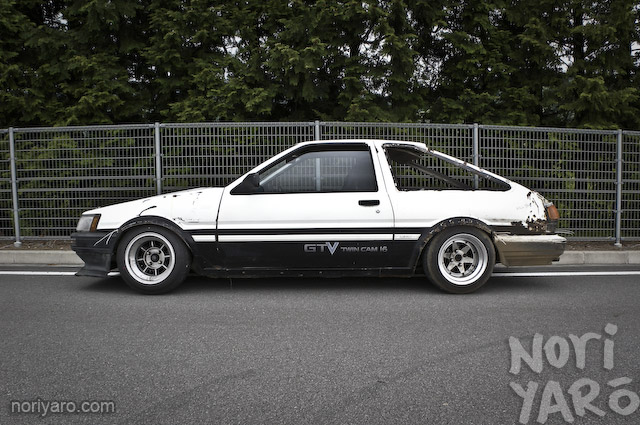 Imagine if this car was in good condition. 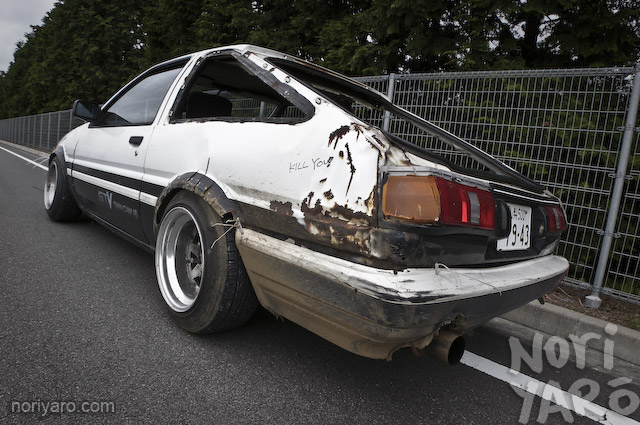 That little bit of graffiti was written by Ebisu Circuit’s Suenaga Onii-san (Naoto Suenaga). Goto’s not sure what he meant by it though. 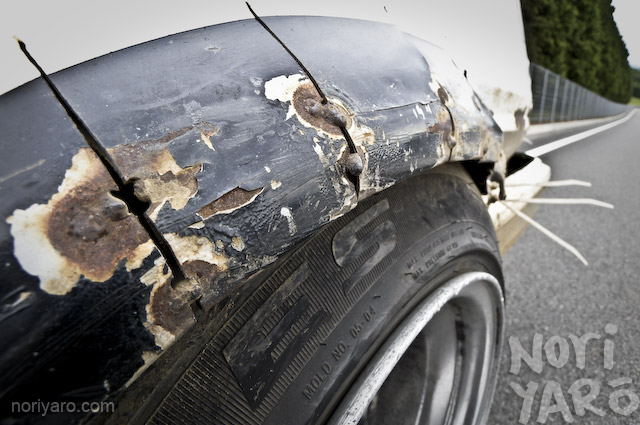 “The minimum amount of work for the maximum result” is the philosophy behind this car. 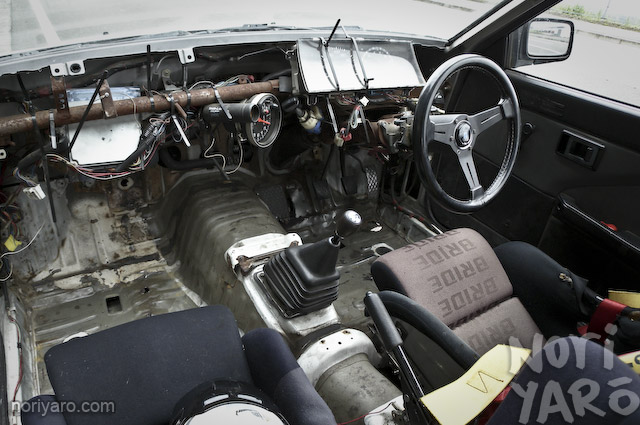 The minimum amount of weight, too. Although, uncracked AE86 dashboards are worth more to someone who doesn’t only care about driving. 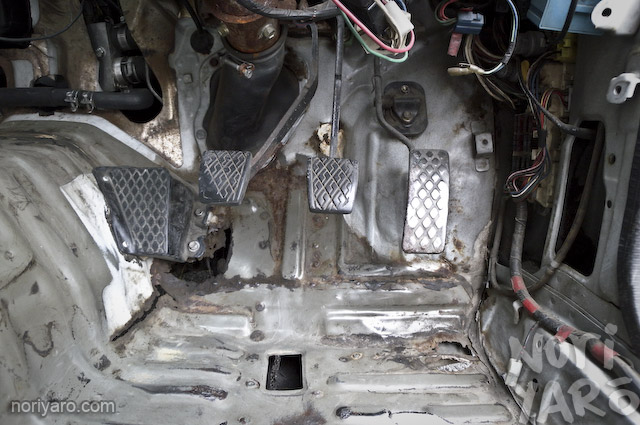 It’s only a few months from being Flintstone-spec. 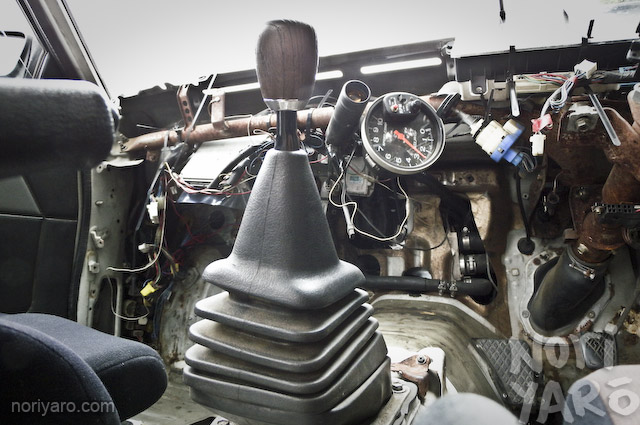 See those hoses poking through the firewall? 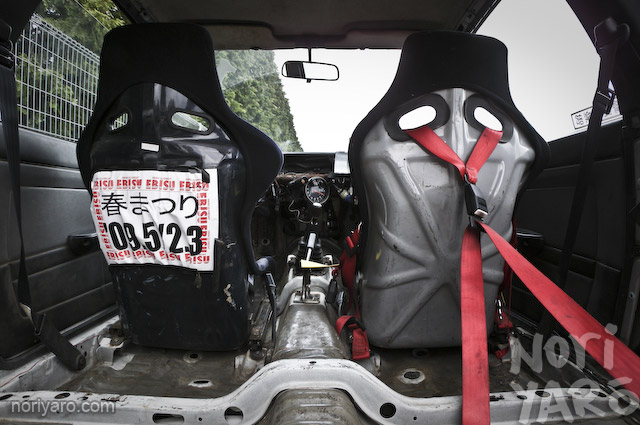 With no rear windows, Goto-san doesn’t have anywhere else to stick his Ebisu Drift Matsuri entry sheet.

The Japanese word for “rust” is “sabi”. 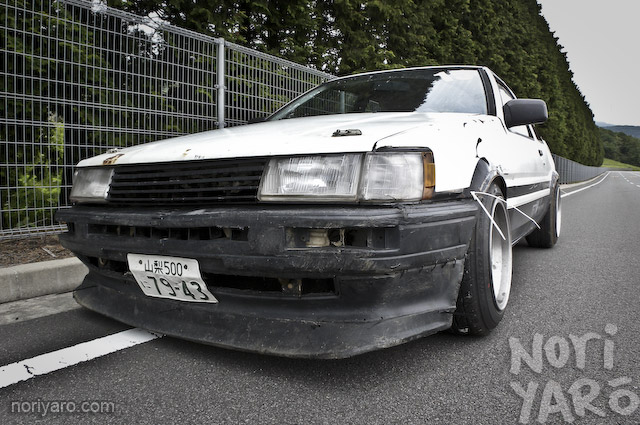 Vertical scrapes on a front bumper can only mean it’s a drift car. 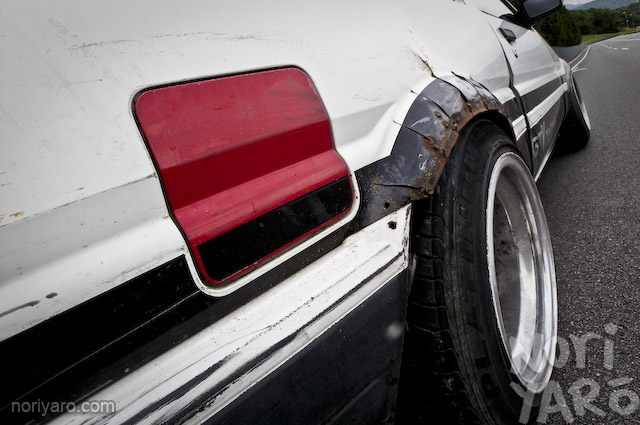 Keeping the Panda theme is important. 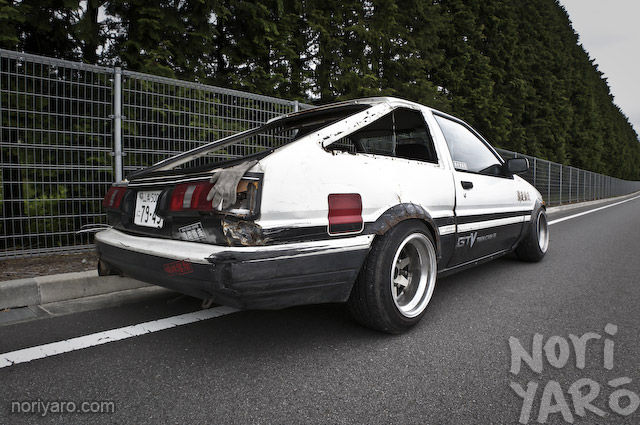 It might have plates, but it sure won’t pass an inspection. Luckily, Fuji Speedway is only a short drive from Goto’s shop.

I’d say that’s from the bumper being dislodged, and not from the massive fireballs that this car obviously doesn’t shoot. 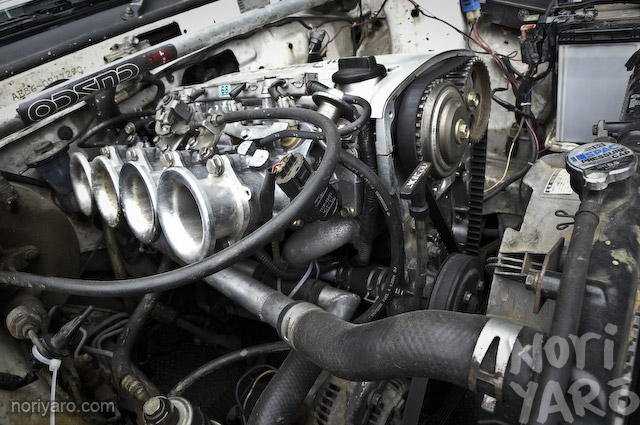 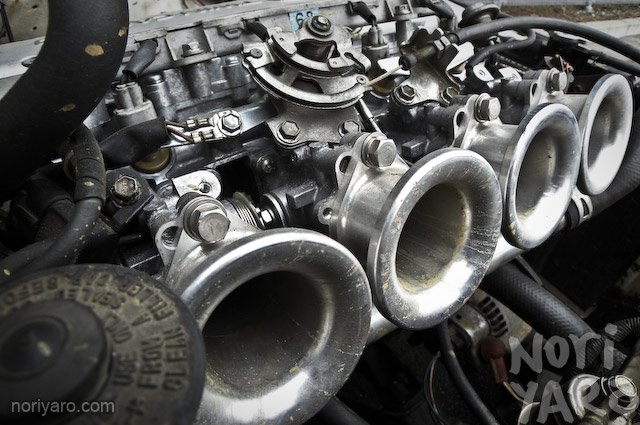 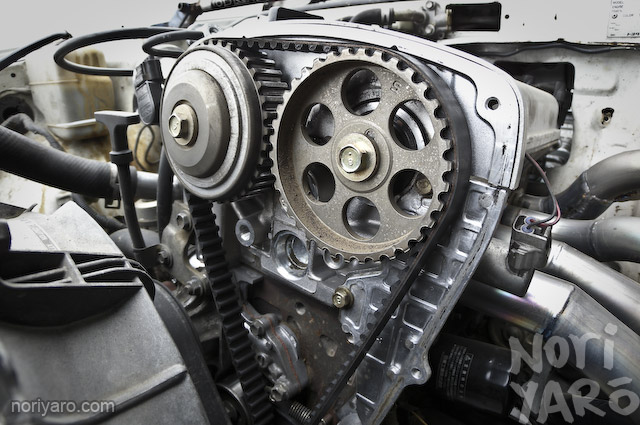 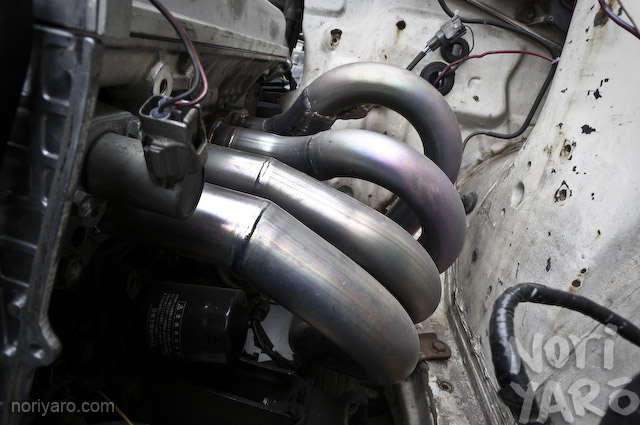 …along with the extractors. 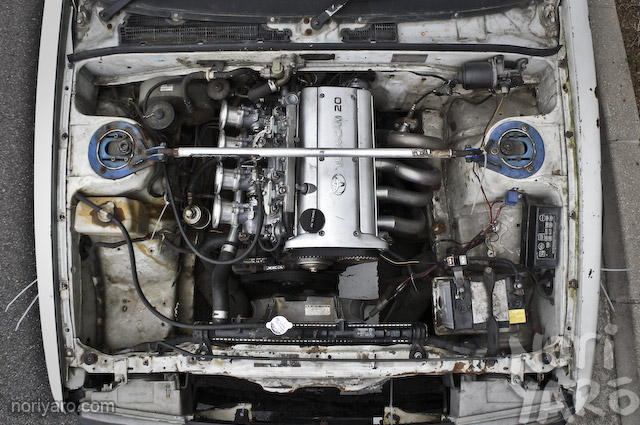 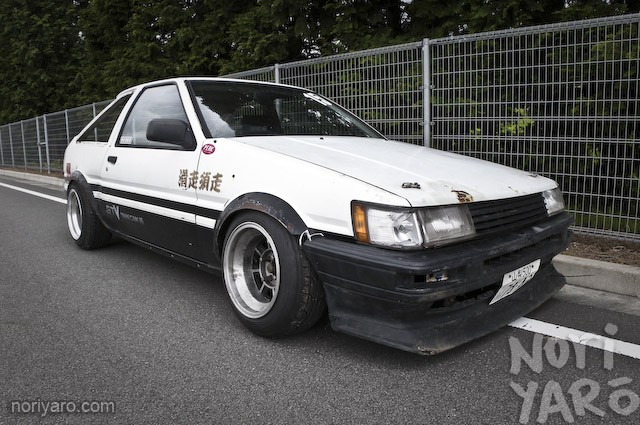 The only real problem with this car is that the driver’s side chassis rail has separated from the strut-tower by about five centimeters, so it might not last too much longer before Goto junks it and sticks the engine in another chassis.

Such is the life of a drift car.