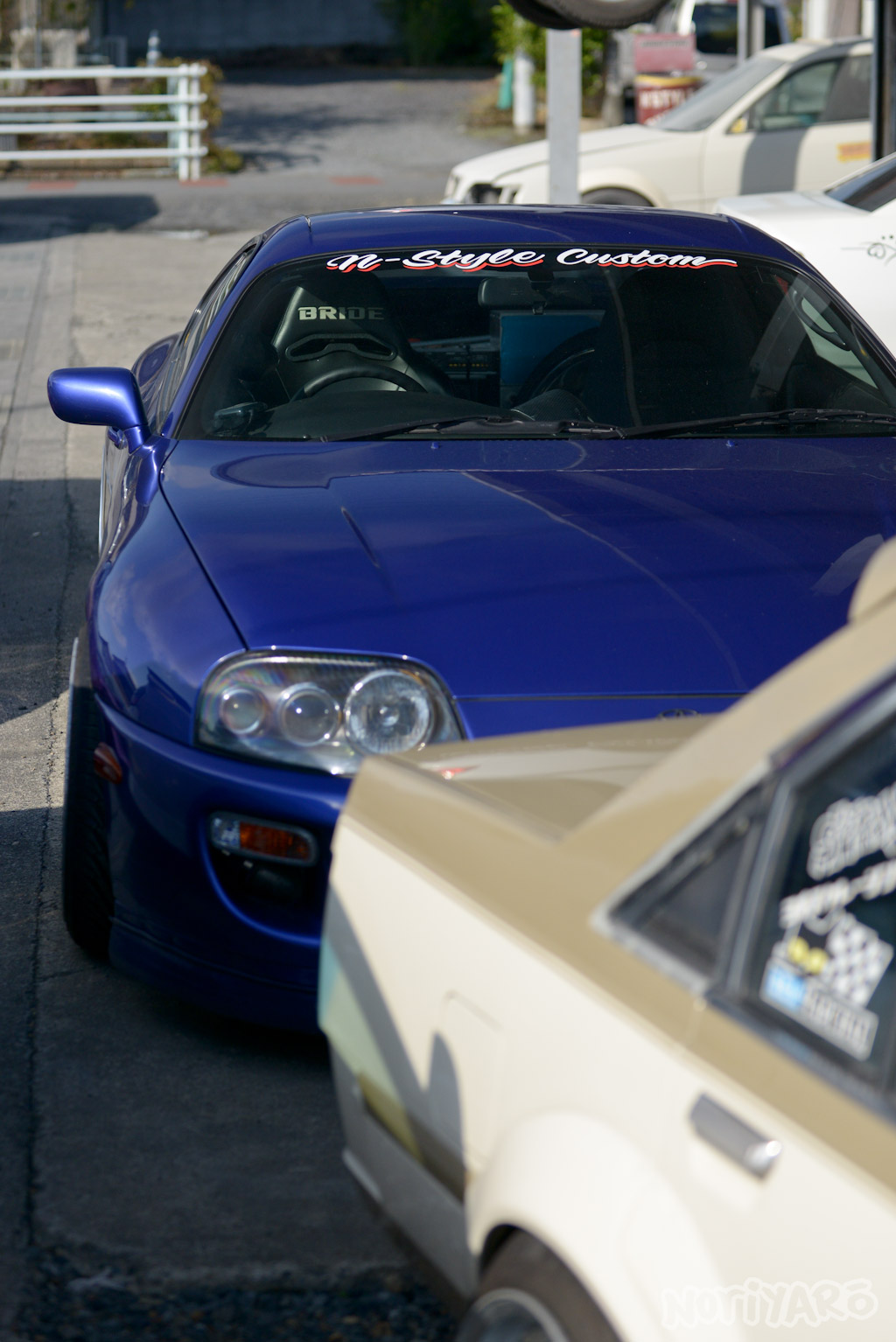 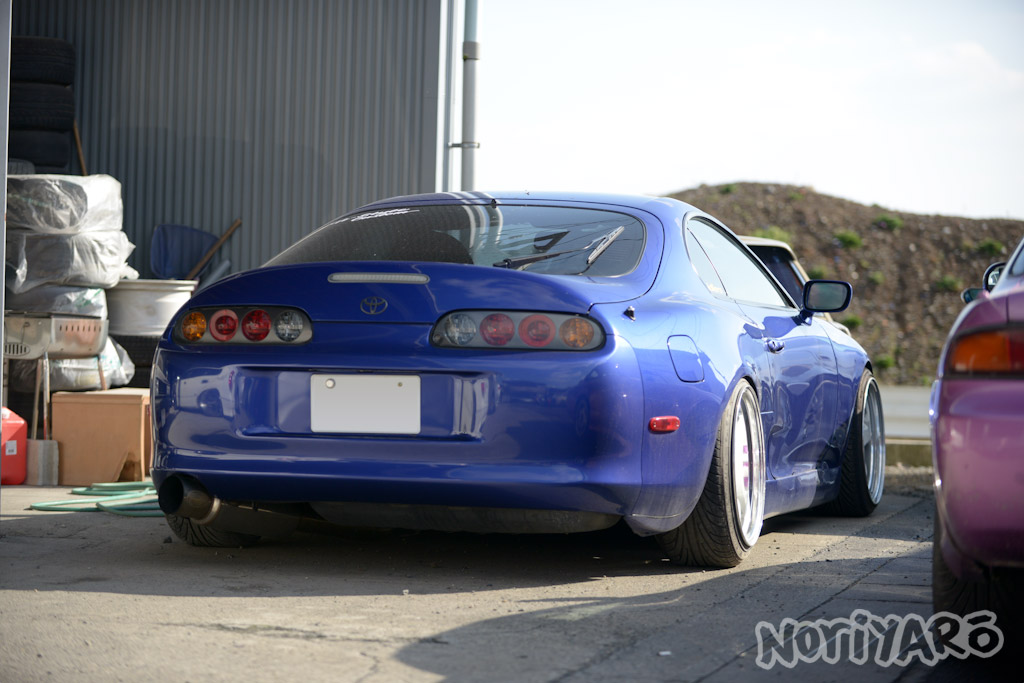 Here’s a neat numberplated Supra he bought a little while ago. 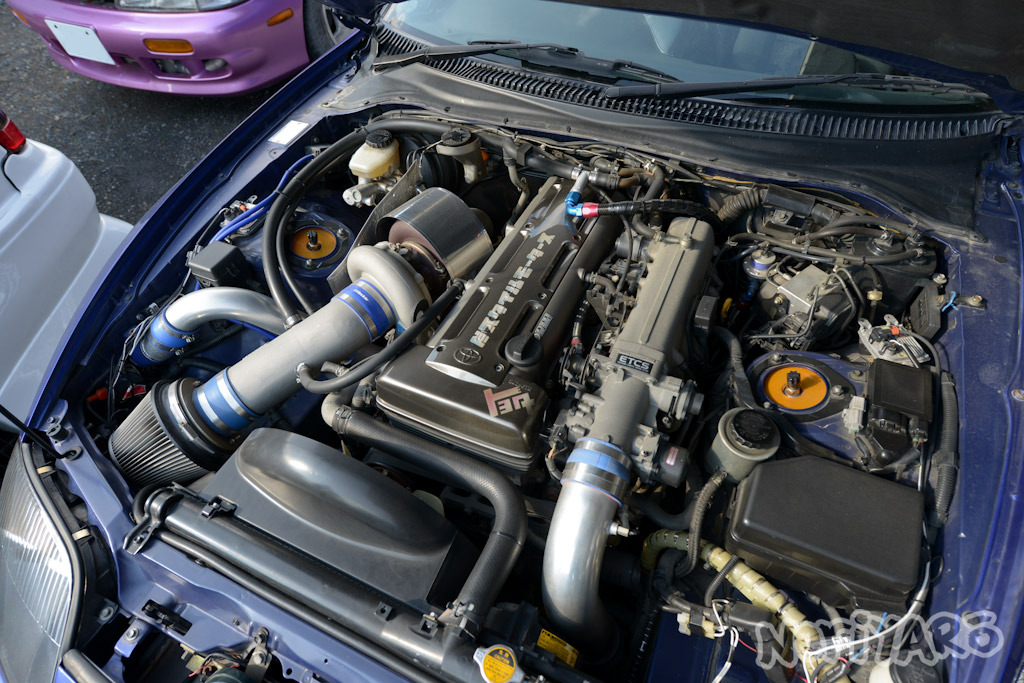 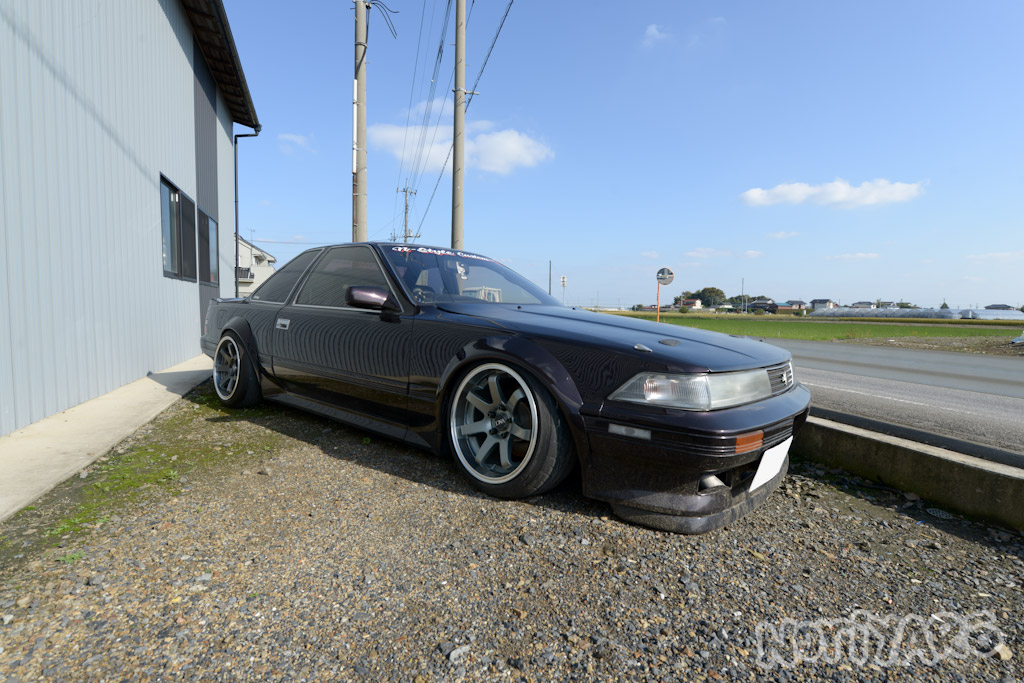 This is another 2JZ-powered car on Nagahama’s lot. He used to own this Soarer, but recently bought it back from one of his customers.

A lot of the N-Style cars are painted in tan, so that’s what his Carina drift-car wears. 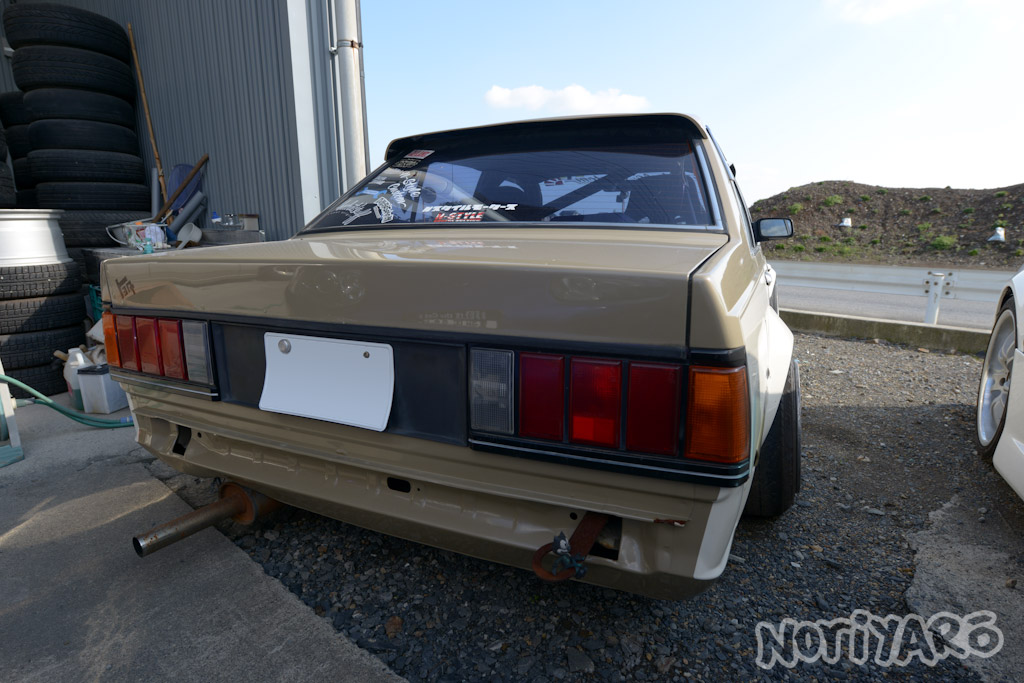 The styling points are kyusha all the way. 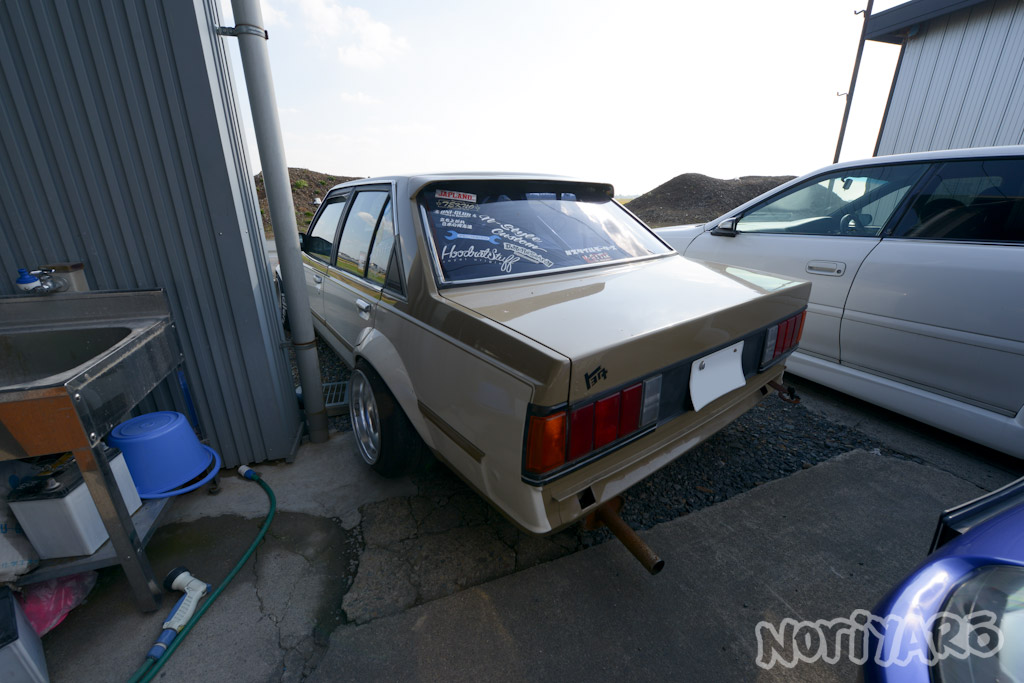 People used to complain about cars in the 80s for looking too boxy, but I’d rather drive something like this than the “melting bar of soap” shape of a lot of modern cars. 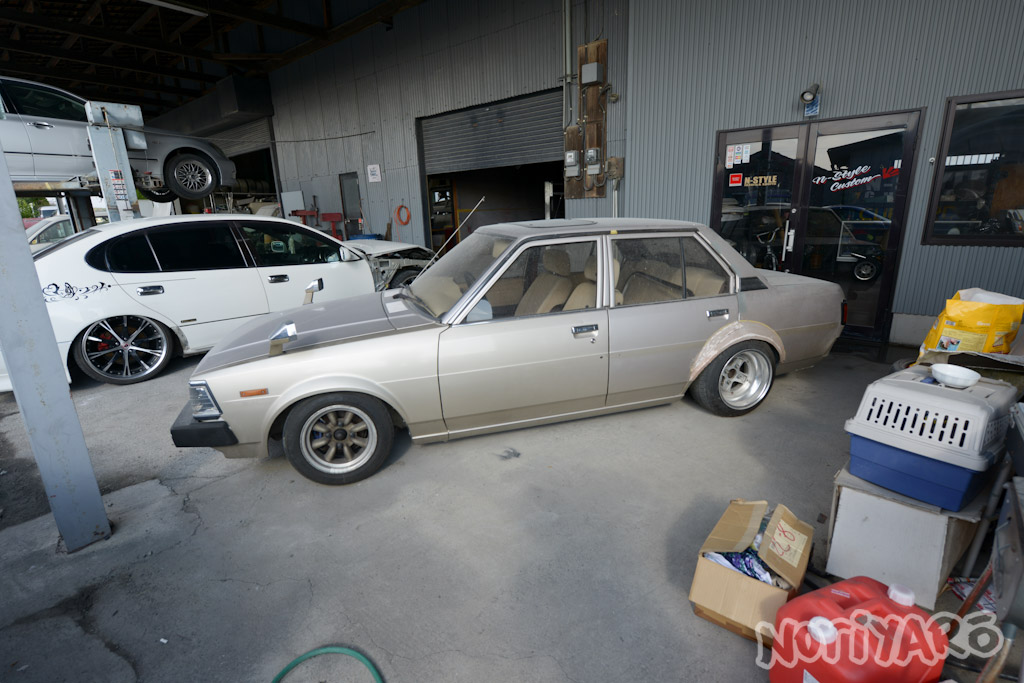 Here’s yet another car Nagahama has picked up recently, a Corolla. 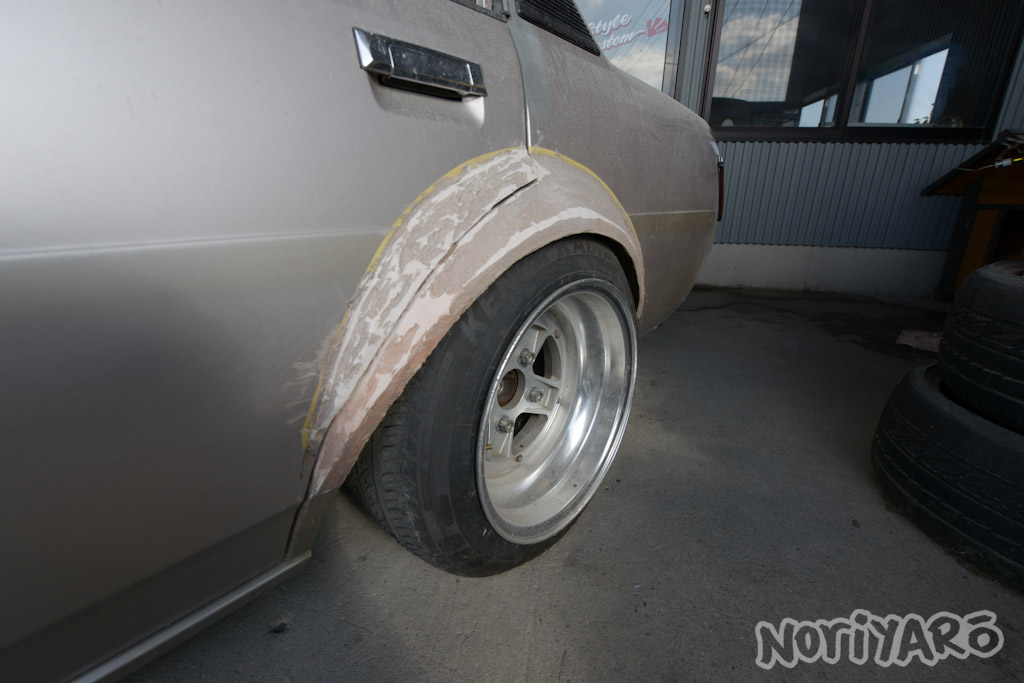 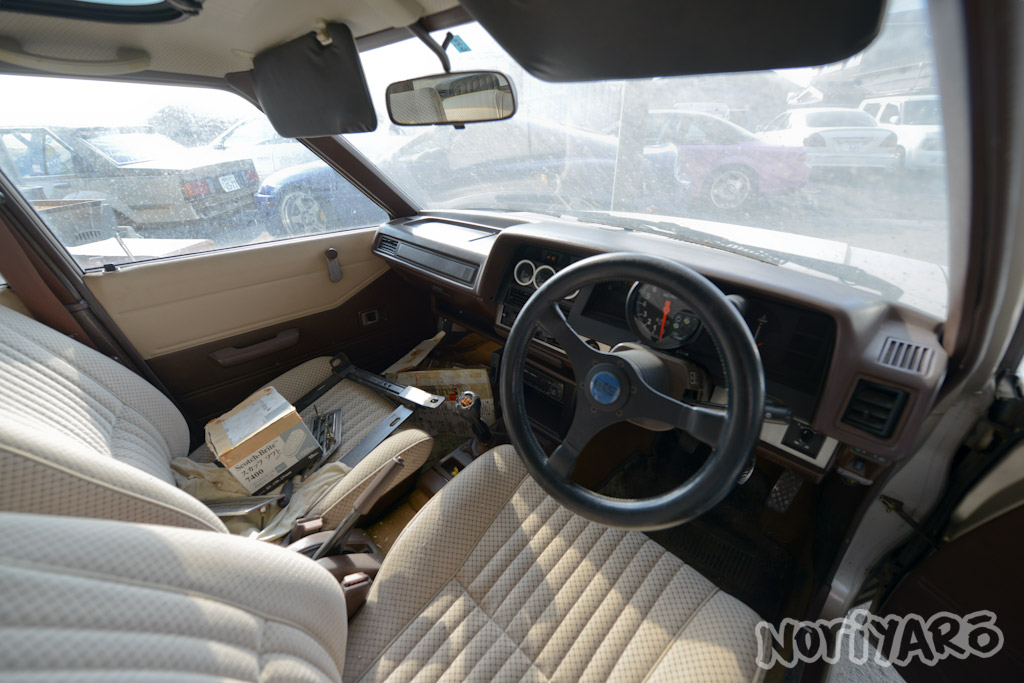 Look how clean the interior is! 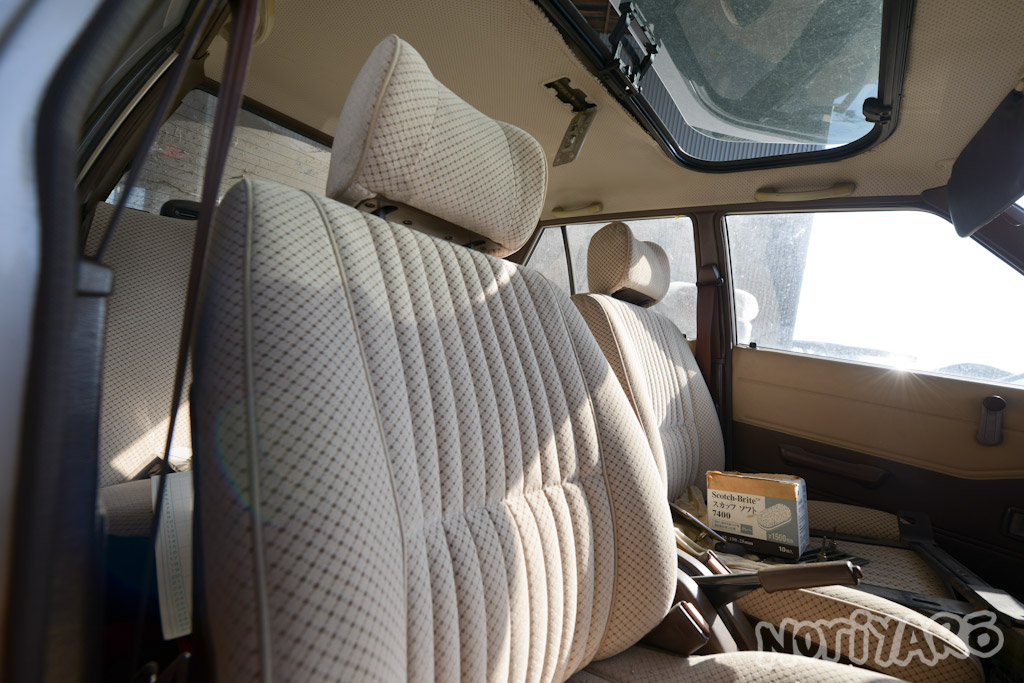 Twenty-year-old cream upholstery in Japan that looks this good? Pretty rare! It didn’t have a funny smell either. 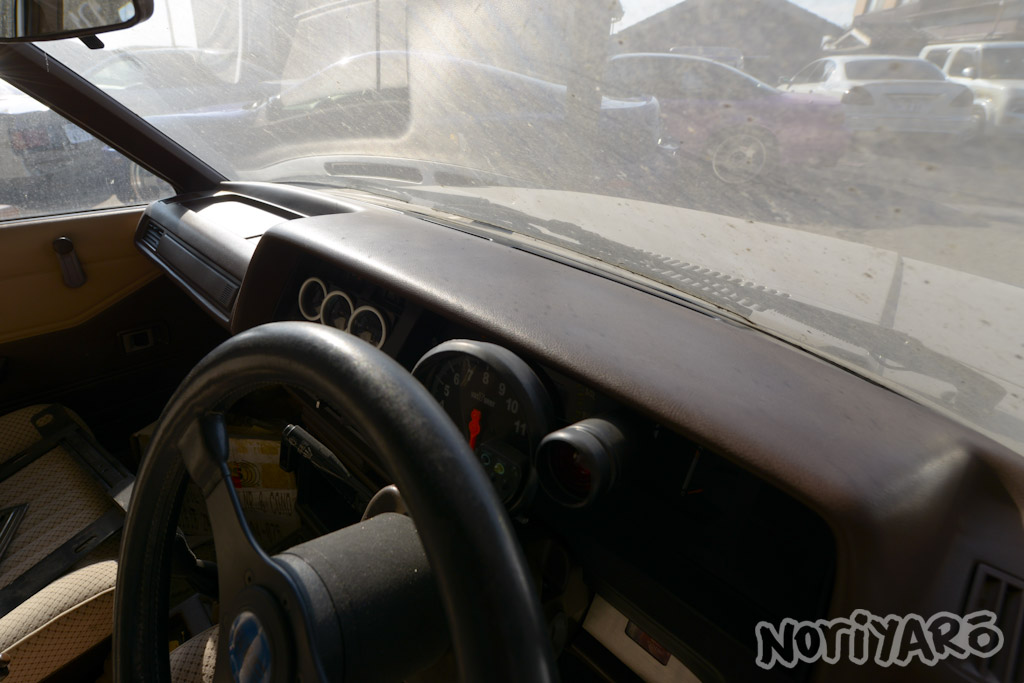 The dash was mint as well. 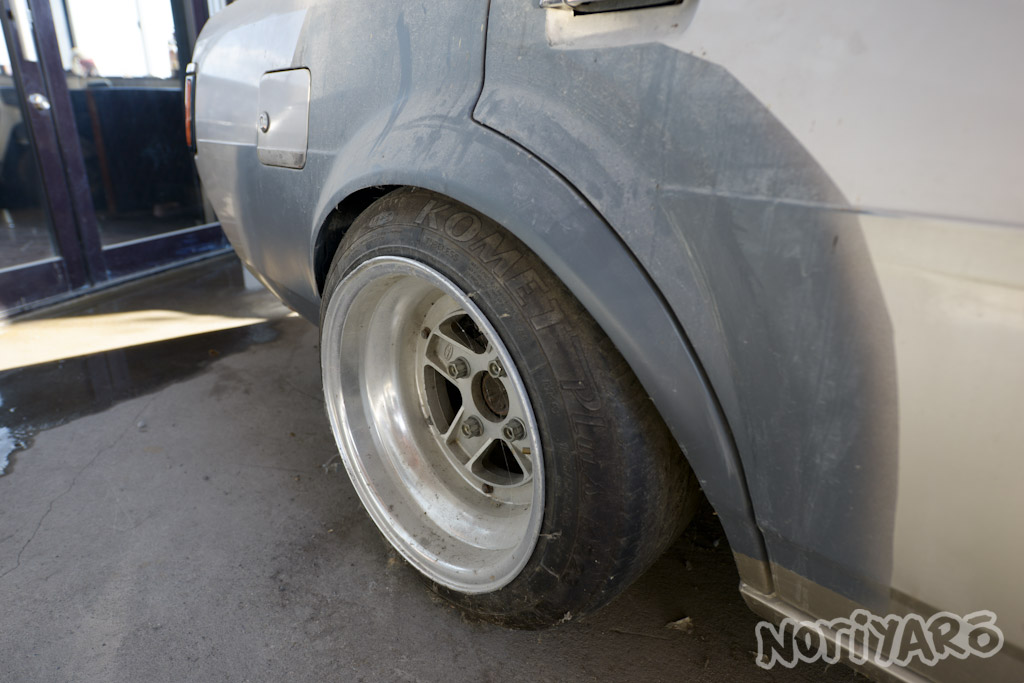 The bodywork on the driver’s side fender is already finished. 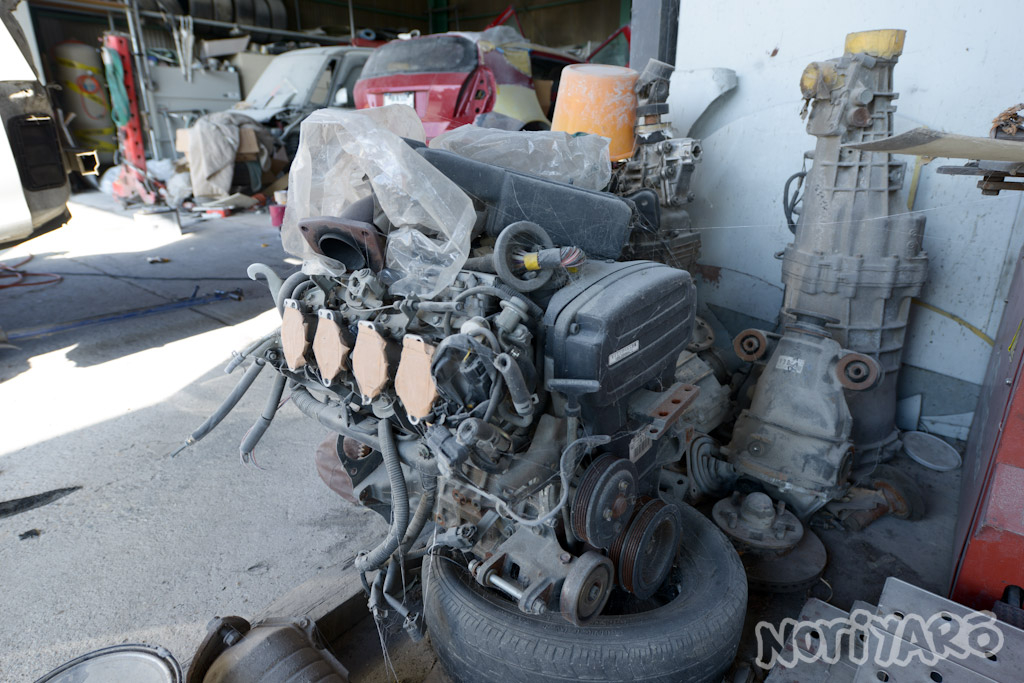 Here’s the engine that will end up going in that Corolla, an AE111 4AGE.

A lot of the N-Style customers drive pretty awesome cars as well, so I’ll get some shots of them at the next N-Style event at Nikko Circuit.