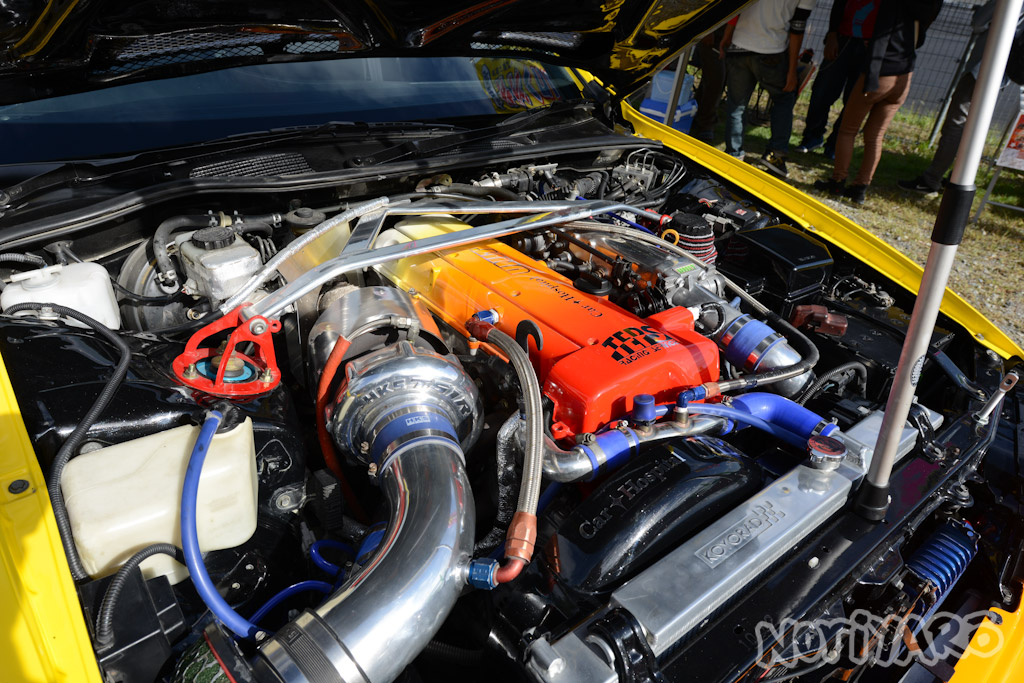 The demo-class was all about making lots of smoke, so most of the cars in it had engines like this. 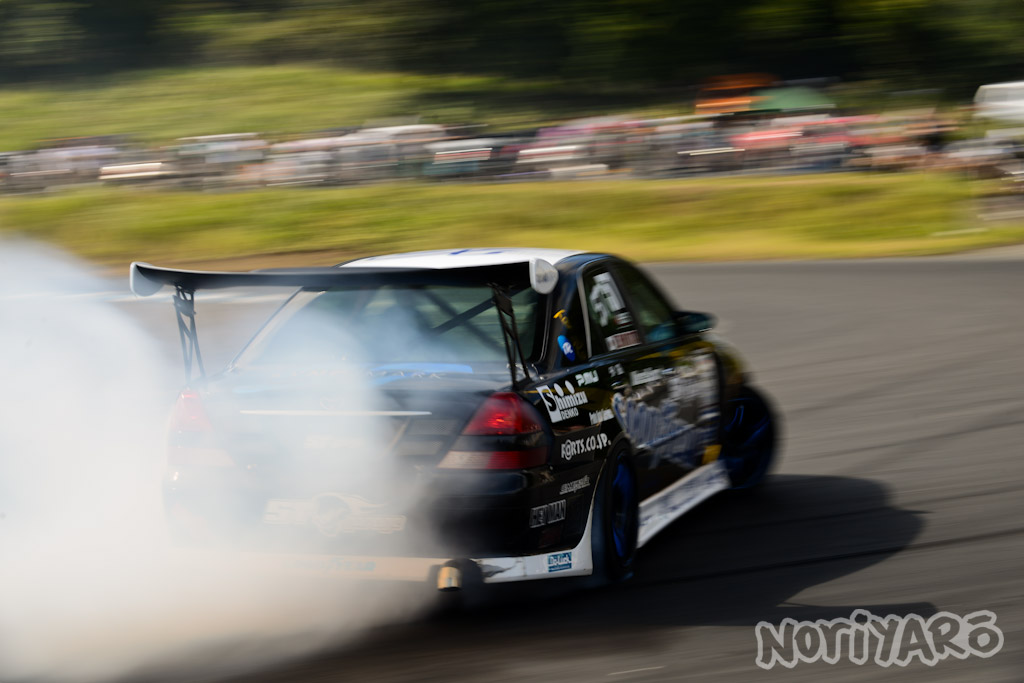 They were also mostly track only cars, like this D1-spec JZX110. 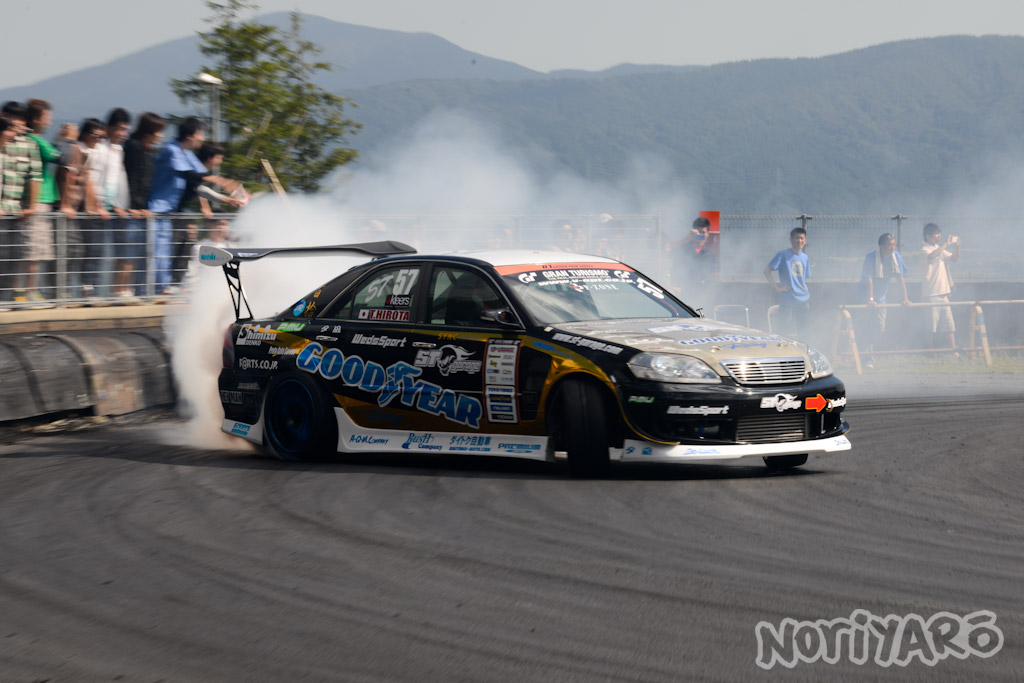 D1GP driver Hirota was also keeping it a safe distance from the wall, and other drivers. 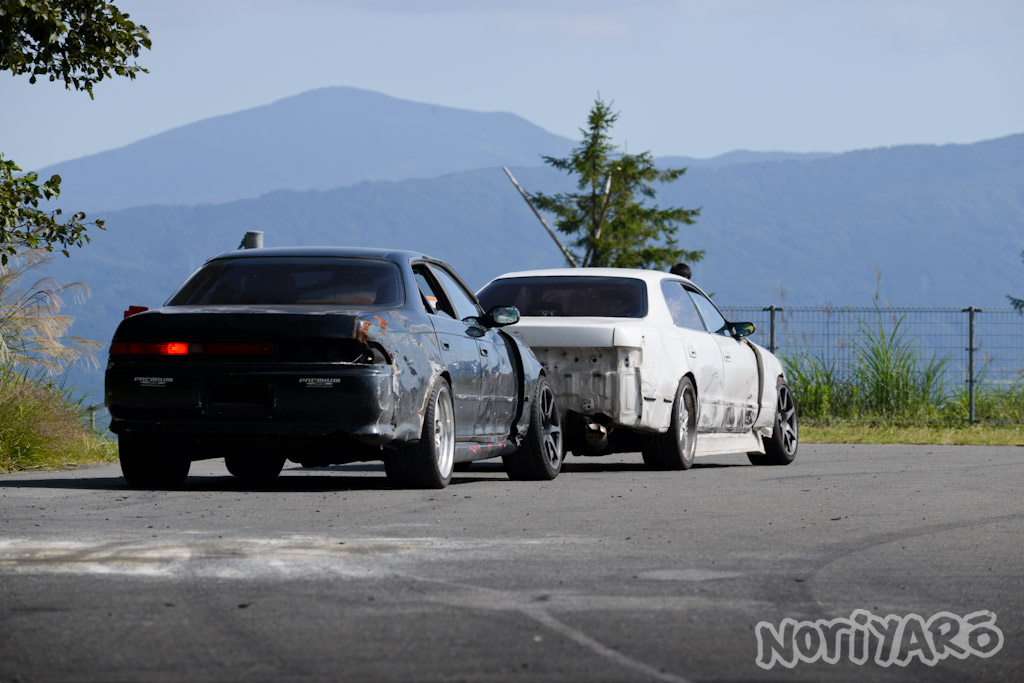 These two guys however, were not. 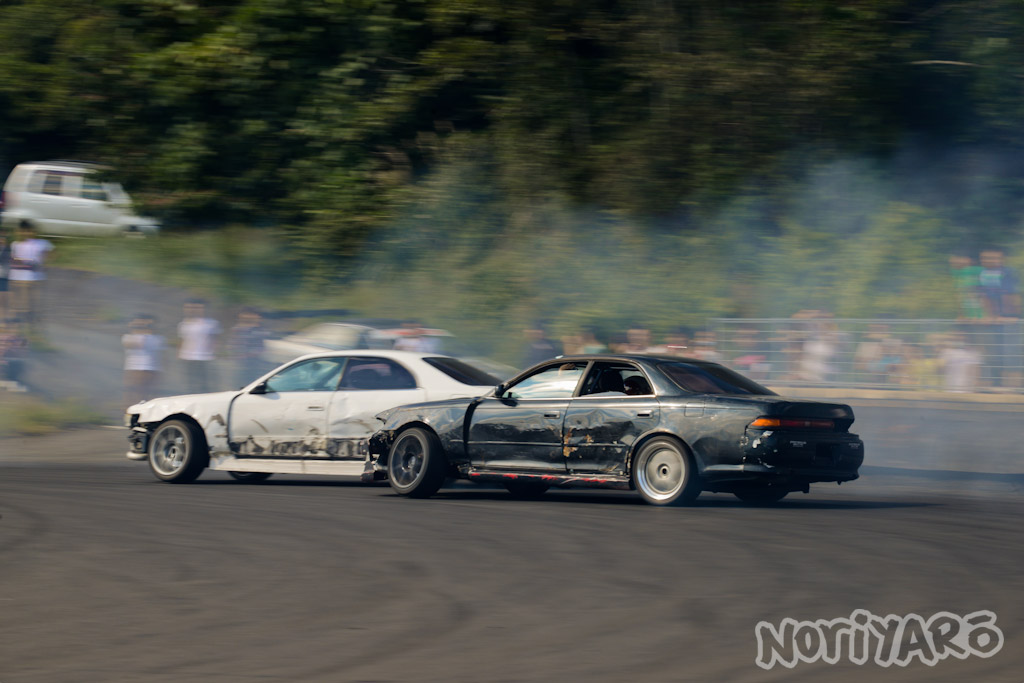 The dark green JZX90 was driven by Daigo Saito, with his mechanic Masuda in the white one. 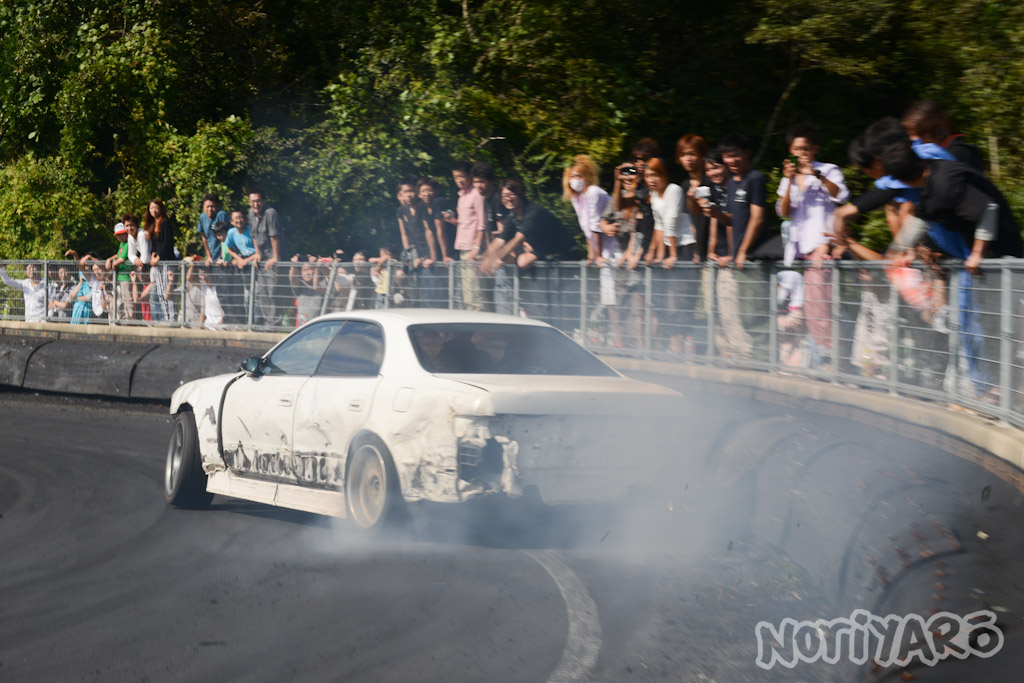 Masuda is also a pretty decent driver, no doubt helped by hanging around with Daigo all the time. 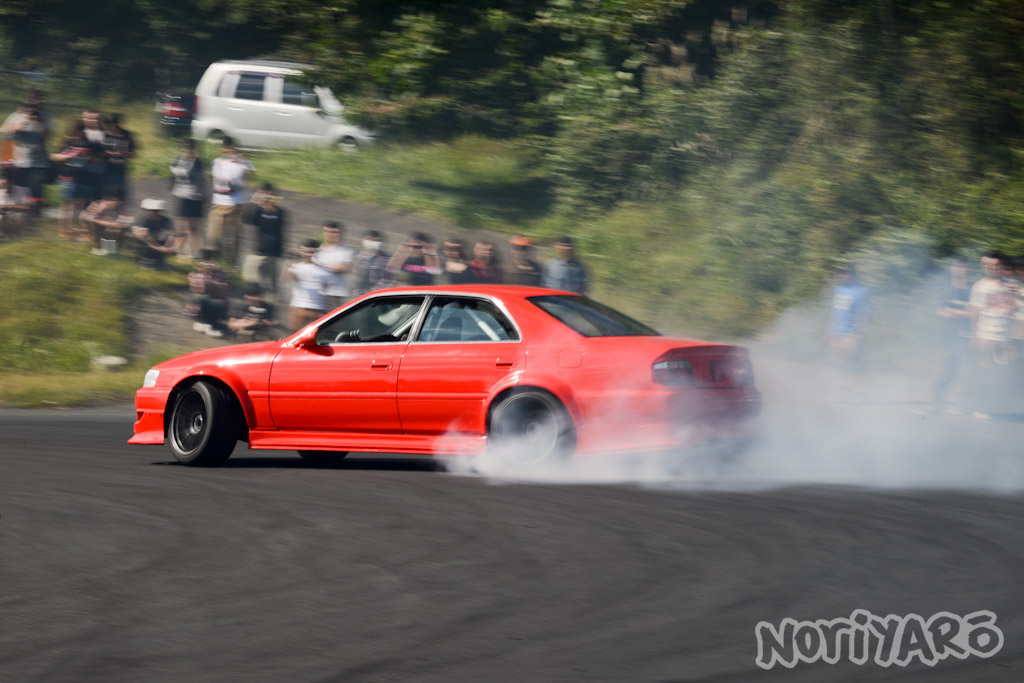 Other cars might have been prettier and making more smoke… 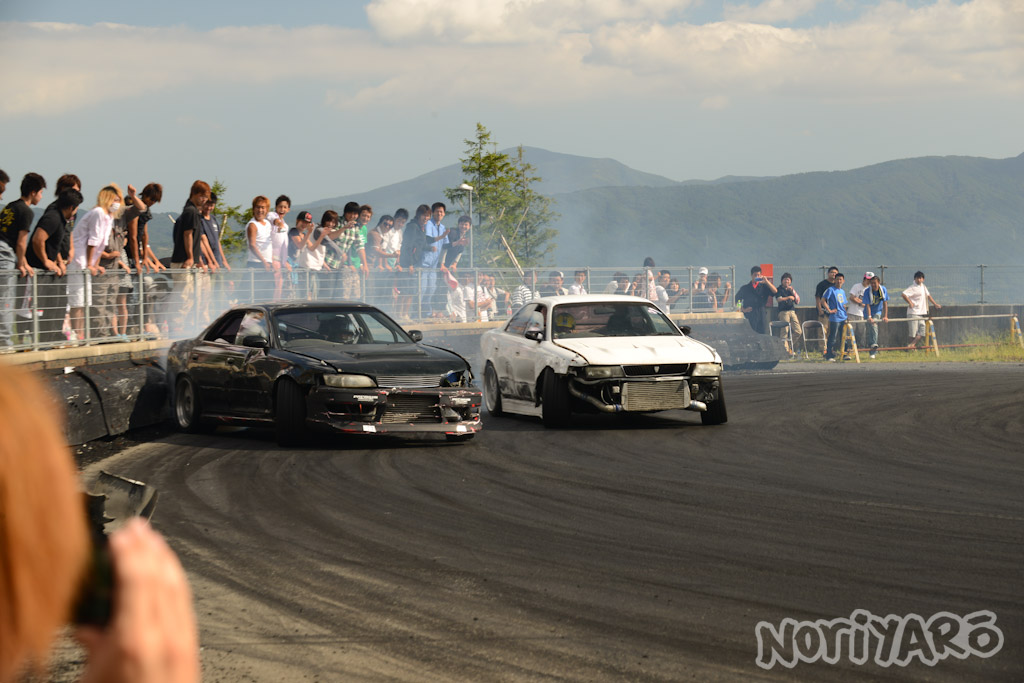 ..but the crowd were mostly focused on these two cars. 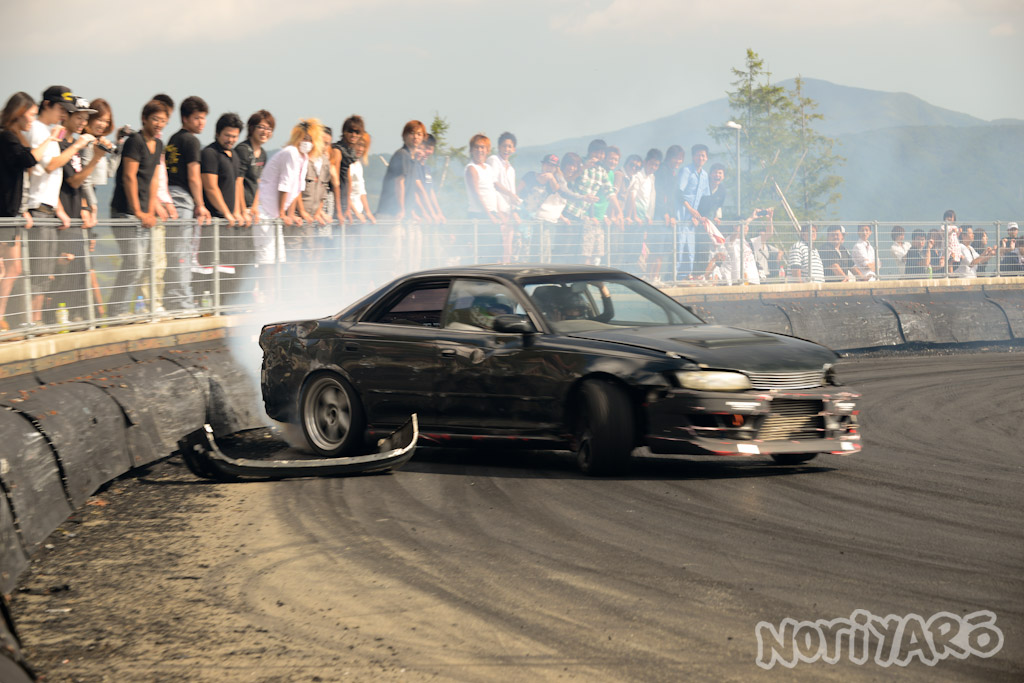 “Ah, it’s my rear bumper that I knocked off on the last lap.” 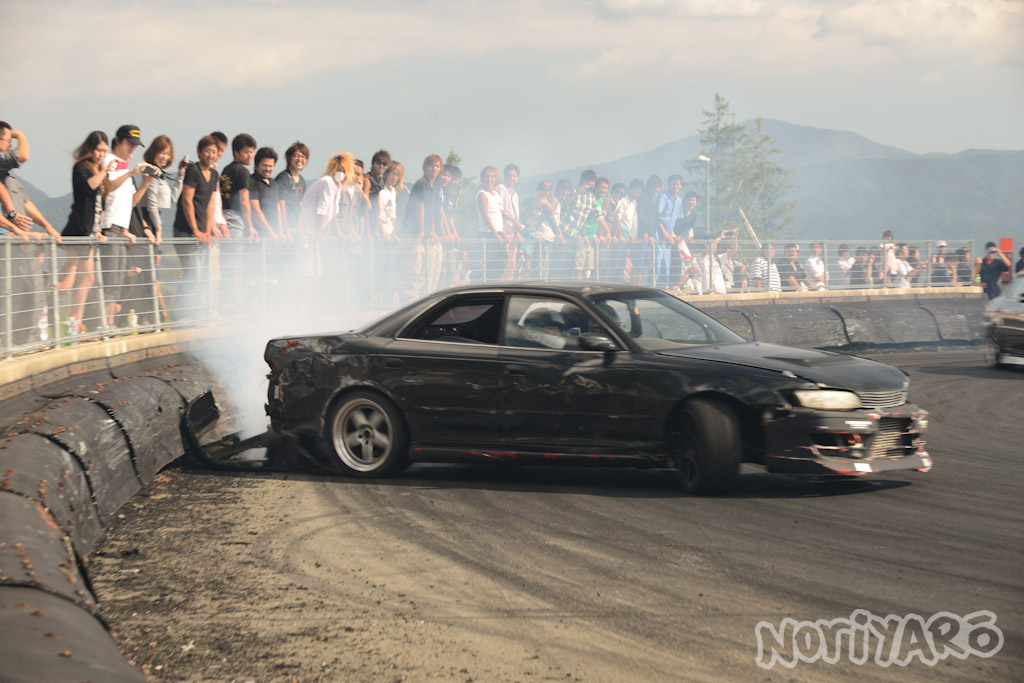 Older Supras are rare as drift cars, but this one still gets around. Apparently the owner, who is a lady, only picked it up from the docks the day before after shipping it back up from Okinawa. 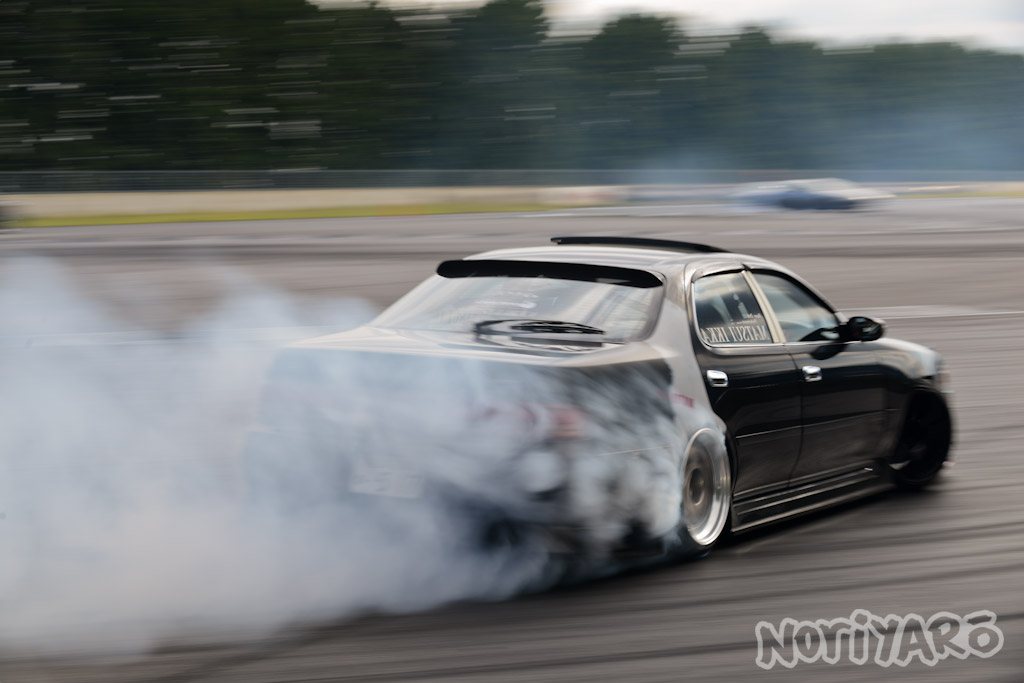 Torque and midrange response are one of the great things about the 1JZ. 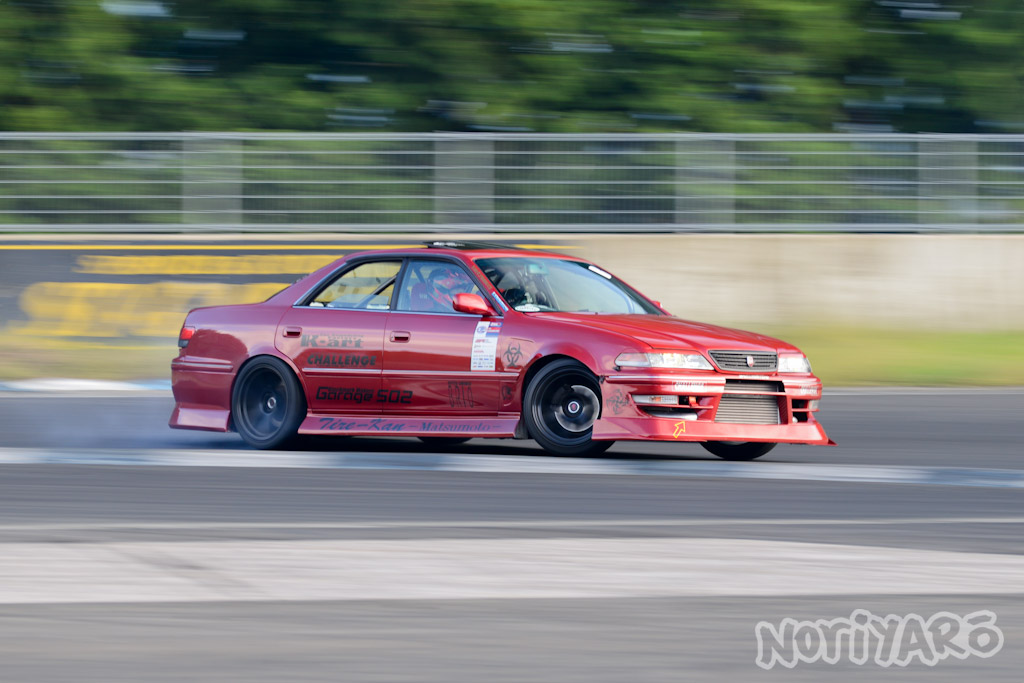 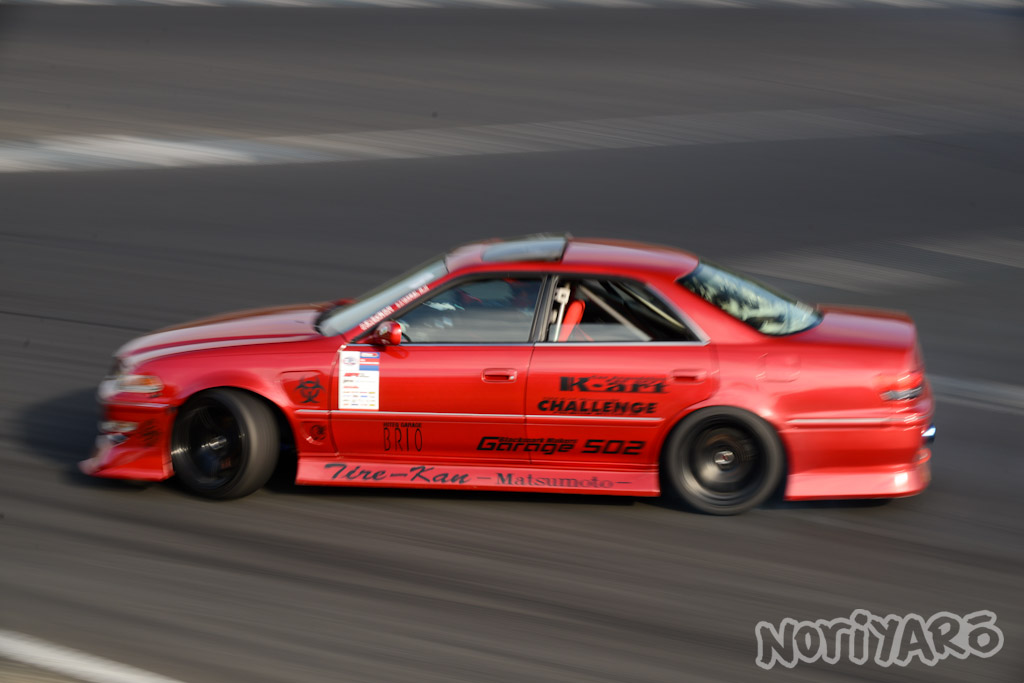 He seems to have the car pretty well set up for his style, no doubt helped by the many quiet Nagano mountain roads. 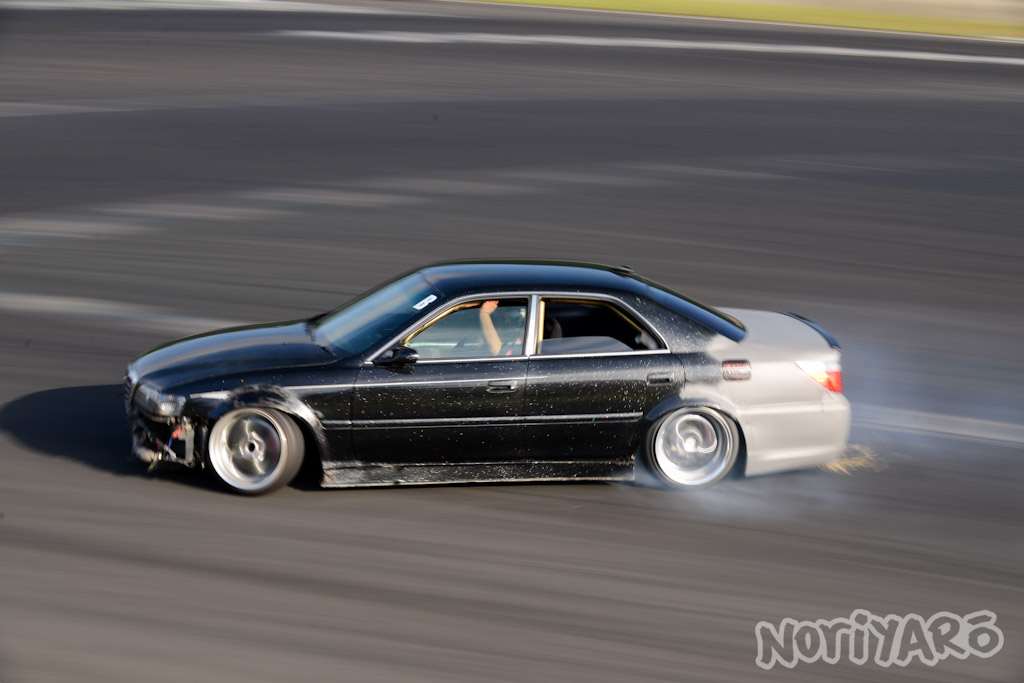 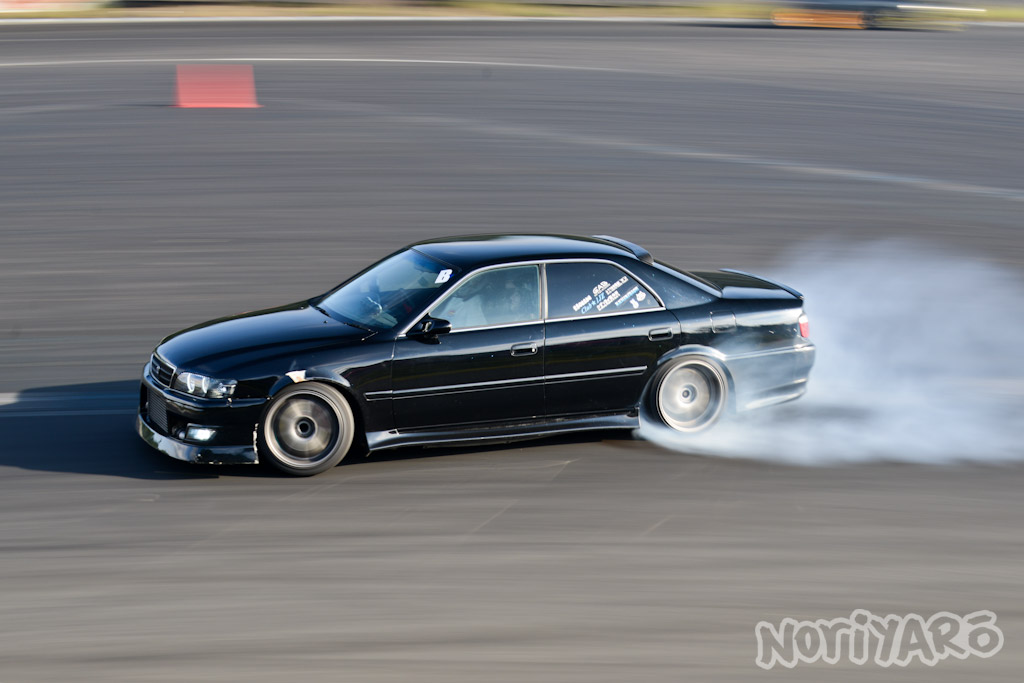 The weather this year wasn’t quite as hot as previous years, thanks to the event being scheduled about a month later than usual. 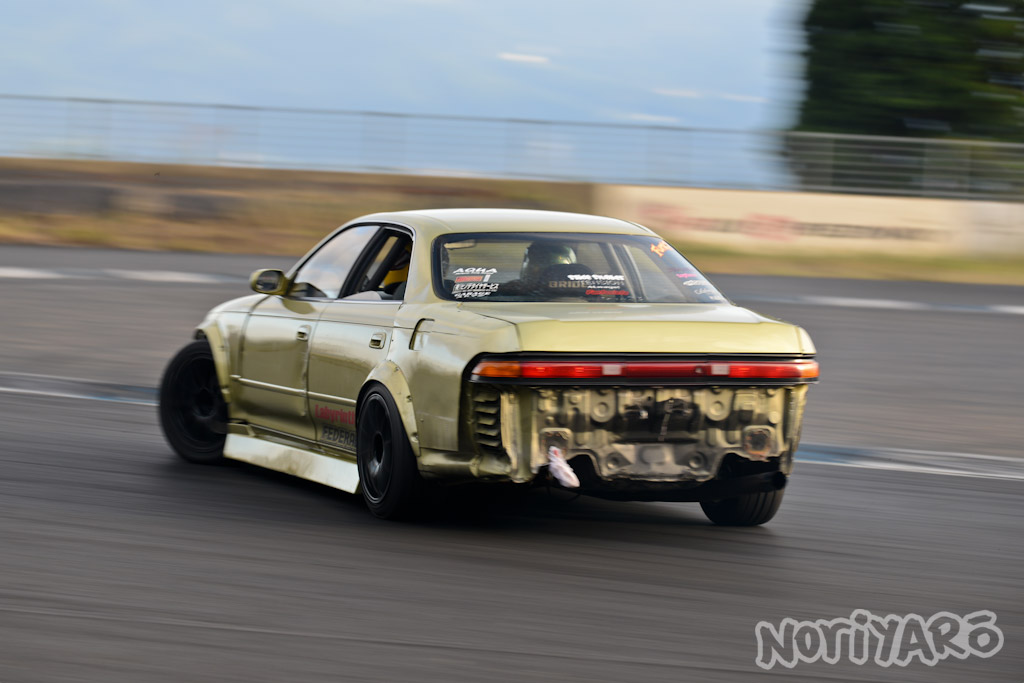 Overfenders on overfenders. Also, panties tied to the tow hook. 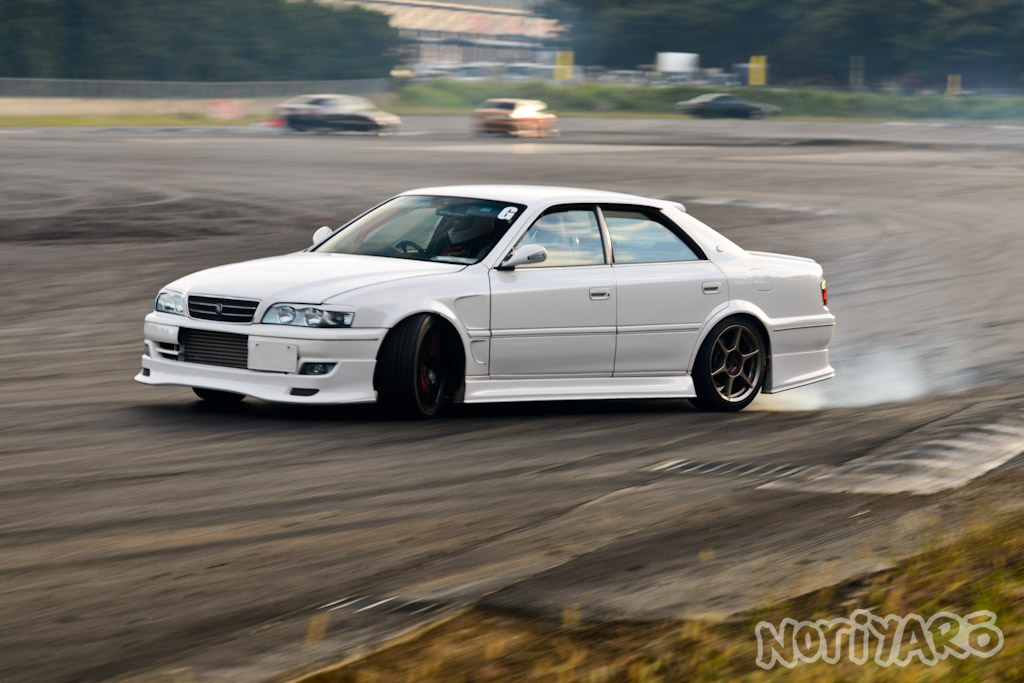 Great on the street and great on the track. If you can only own one car, the JZX is the best, in my opinion. 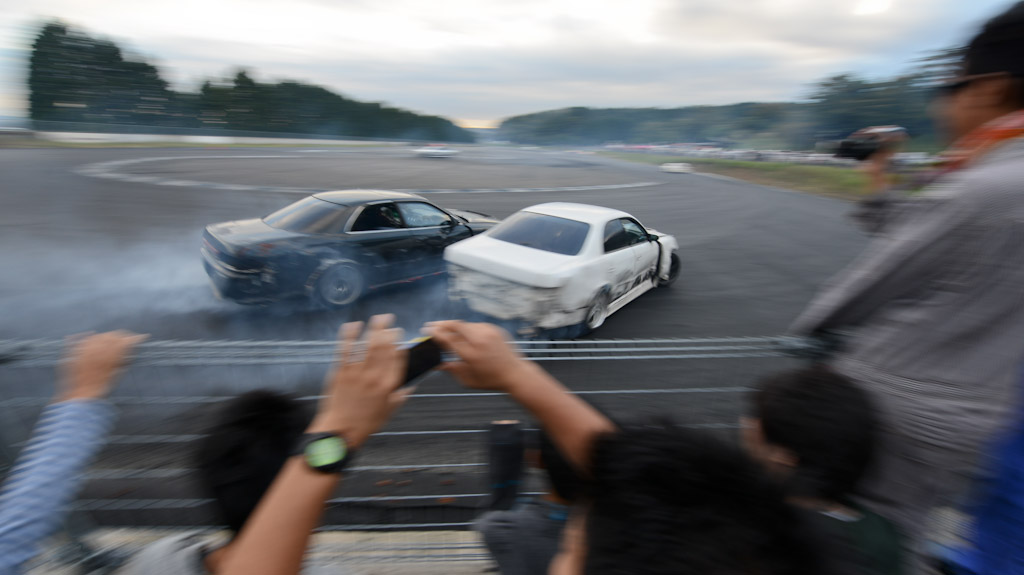 OK, back to the demo run class again. Saito and Masuda were ripping it up on every lap.

Both of them were running right out wide and almost under waving arms of the crowd. 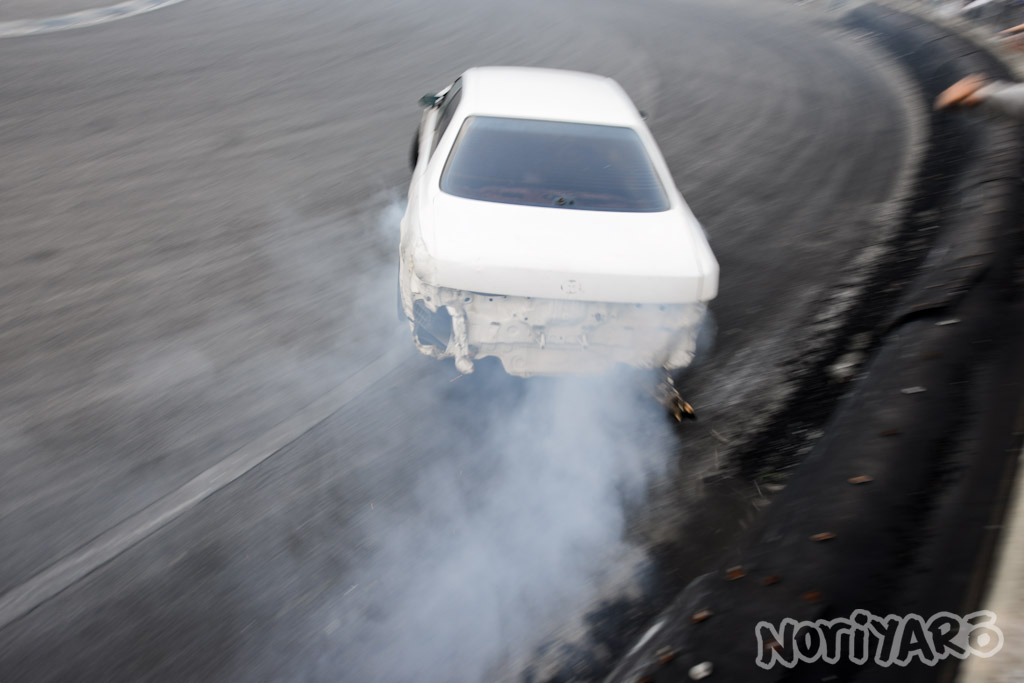 Not actually hitting the wall, mind you. 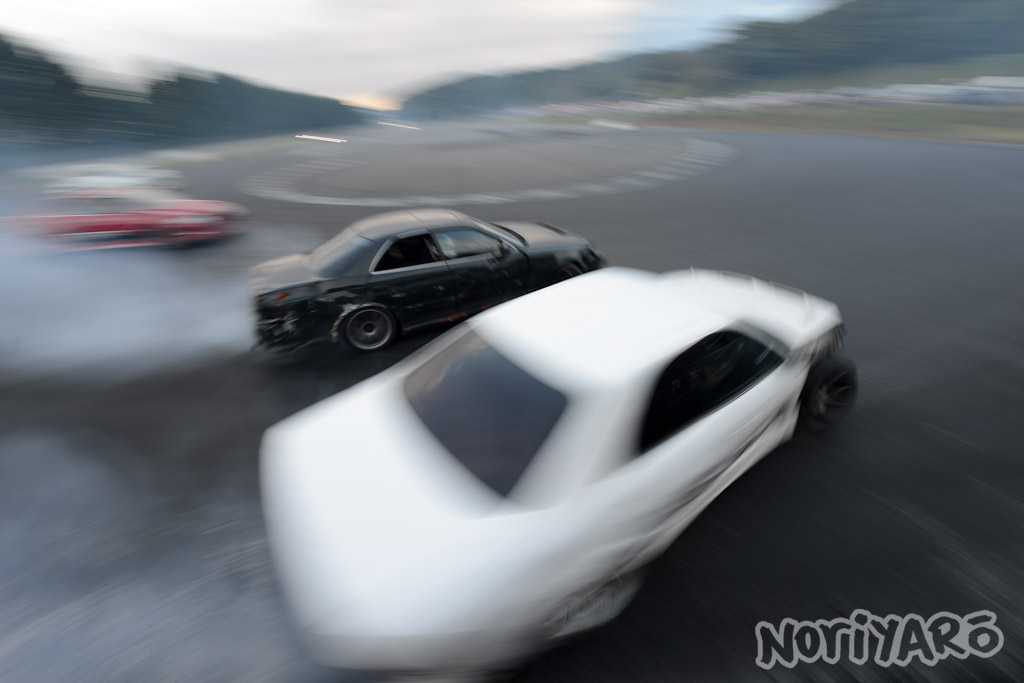 Tandem-master Daigo usually took the “ato-ooi” (chase) position to get nice and close. 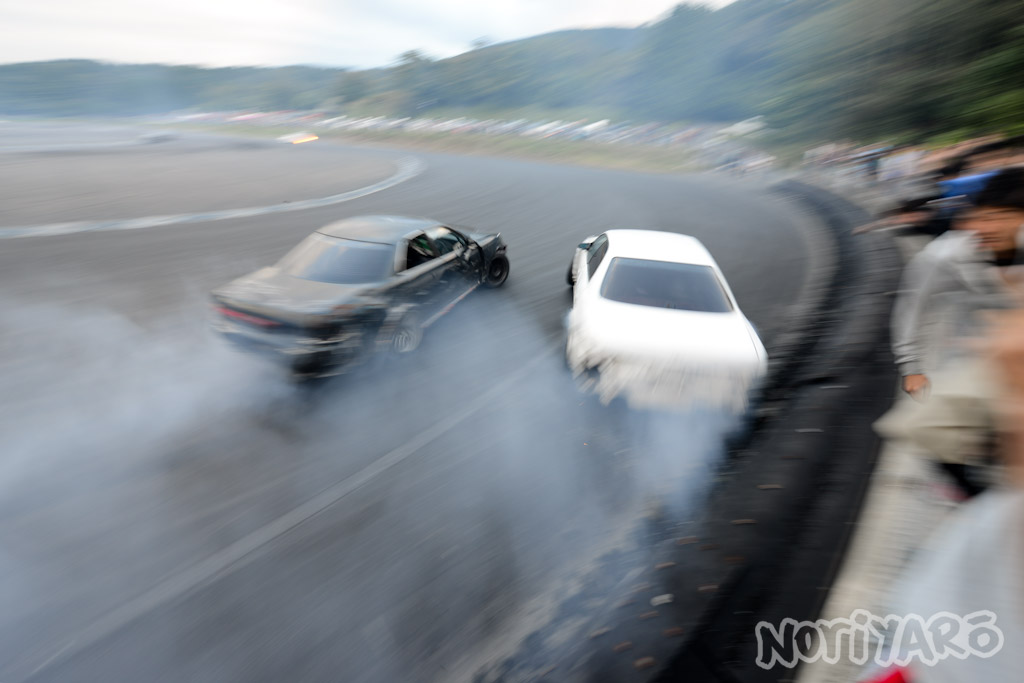 This was the final session of the day, so they were going all-out.

Every other car on the track was keeping a good distance from these two. 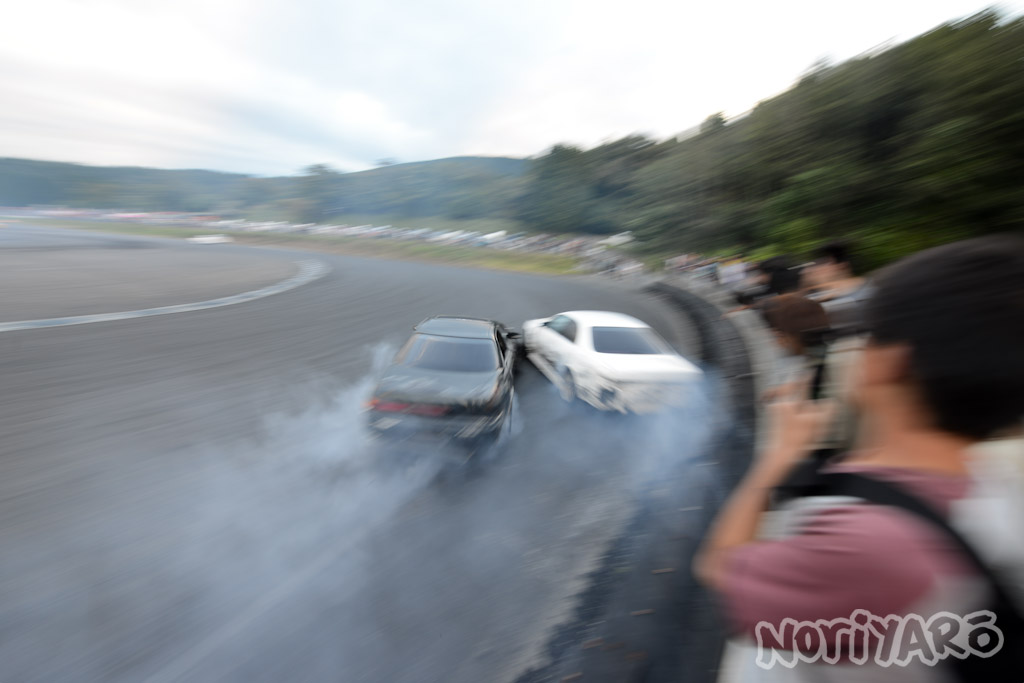 Daigo has mastered a technique that allows him to force the leading car in any direction he likes by rubbing or pushing on the other car’s front tyre with his tyre. 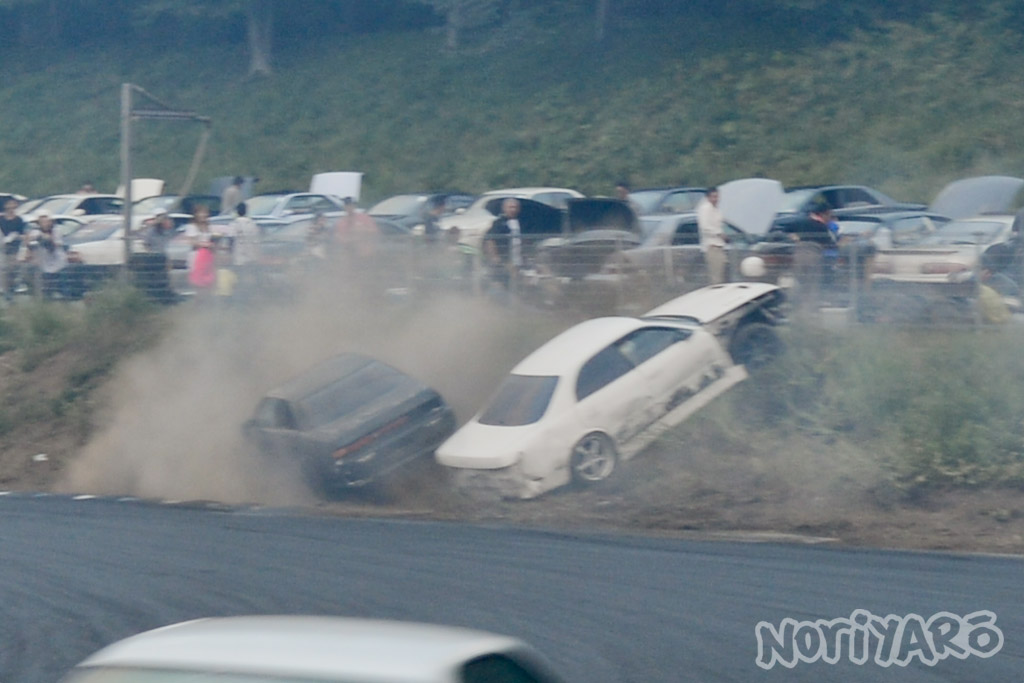 This time, it didn’t quite work out. 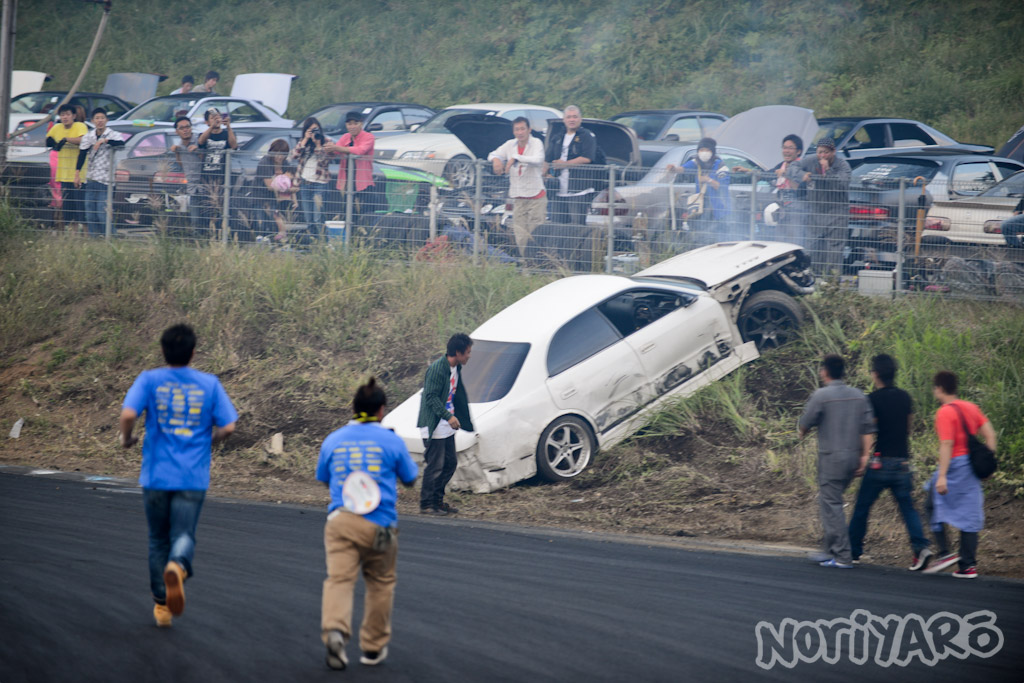 Masuda managed to beached the car right up on the embankment. 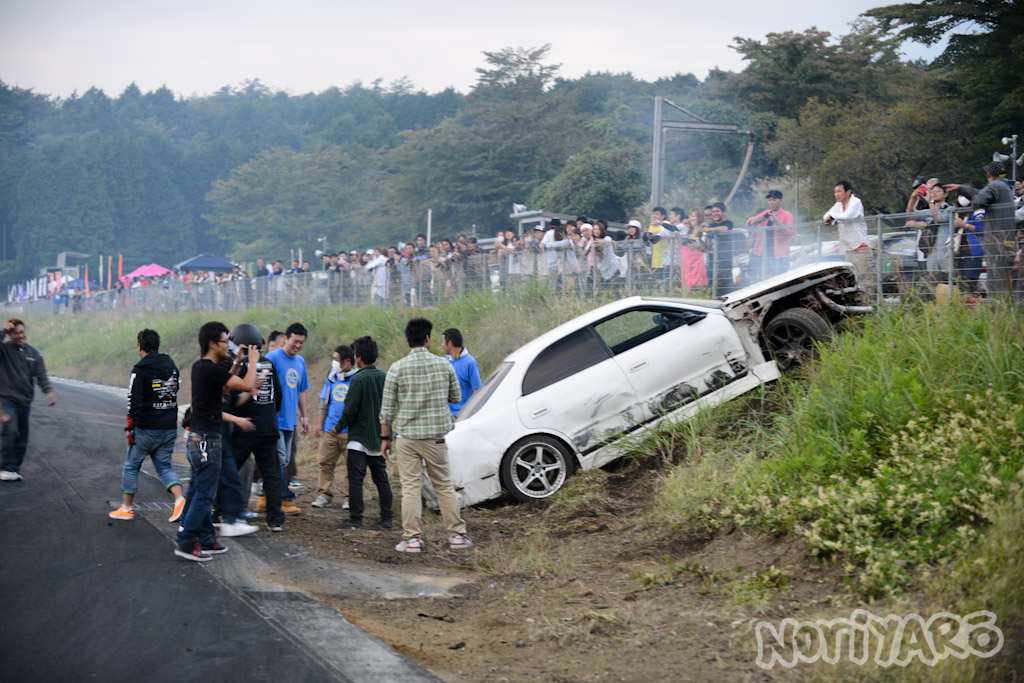 That’s the end of that session!

Well, that’s an appropriate way to end the day! At least the crowd left happy.

I’ll be sure to have my car ready to go for the 2014 1JZ Meeting, so look forward to that later this year!