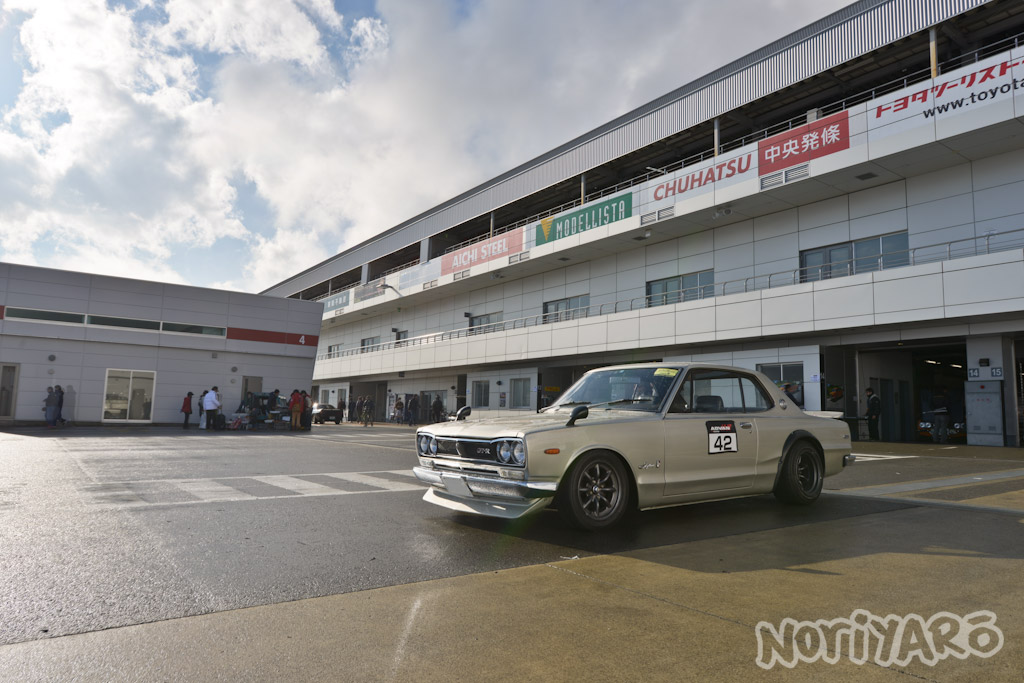 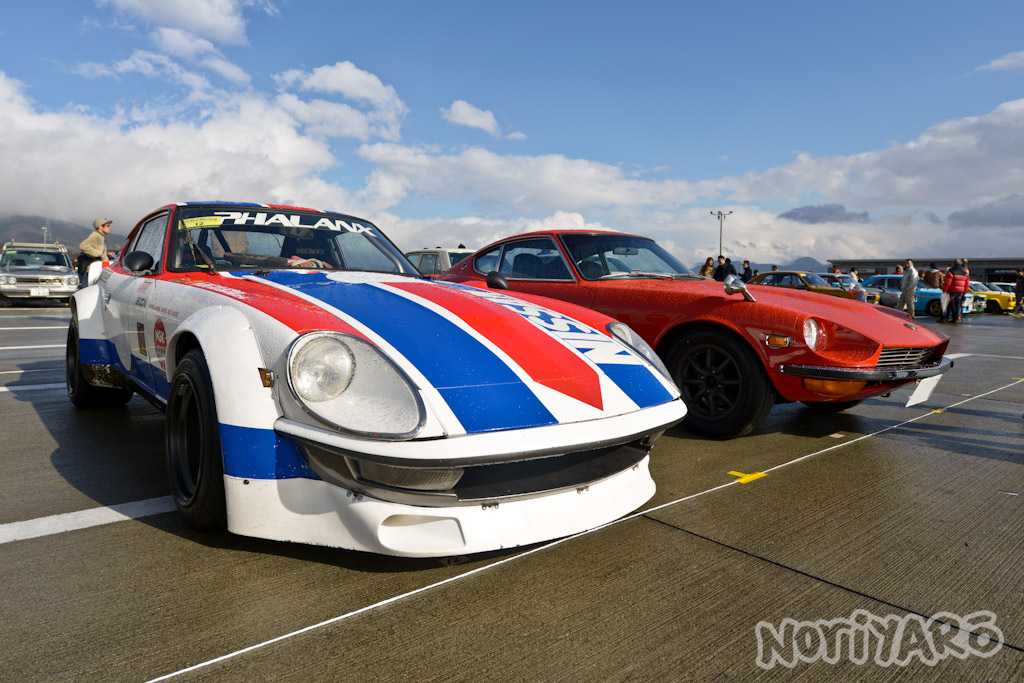 Heavy rain was forecast for the morning at Fuji Speedway, so I waited a little while to leave Tokyo in the morning, and luckily arrived just as the clouds were clearing up. 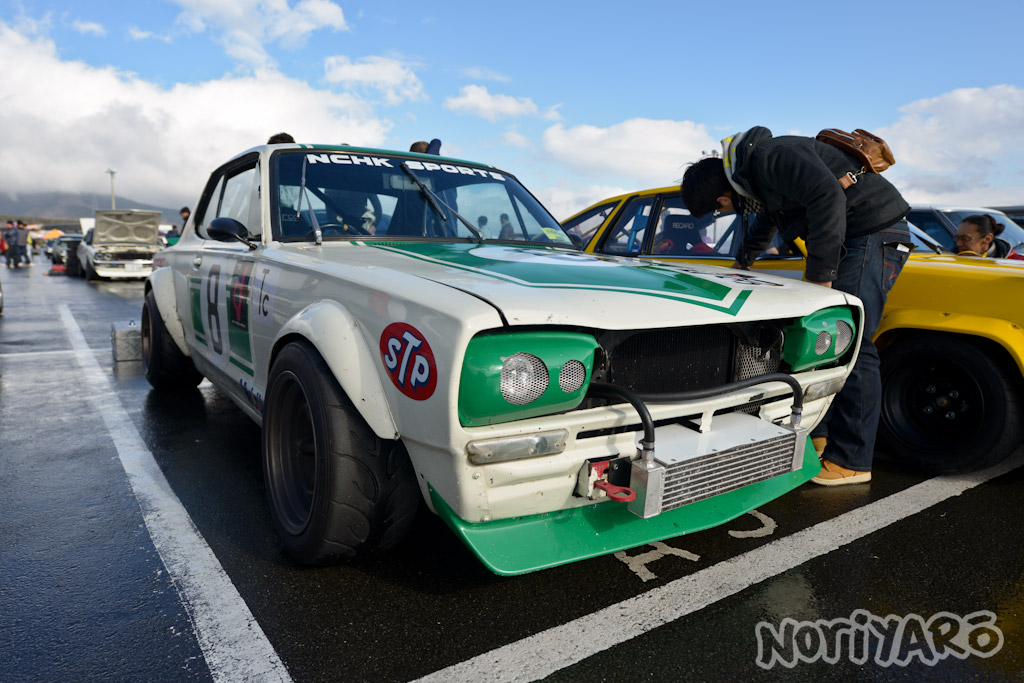 Being a JCCA event, there were plenty of Hakosukas. 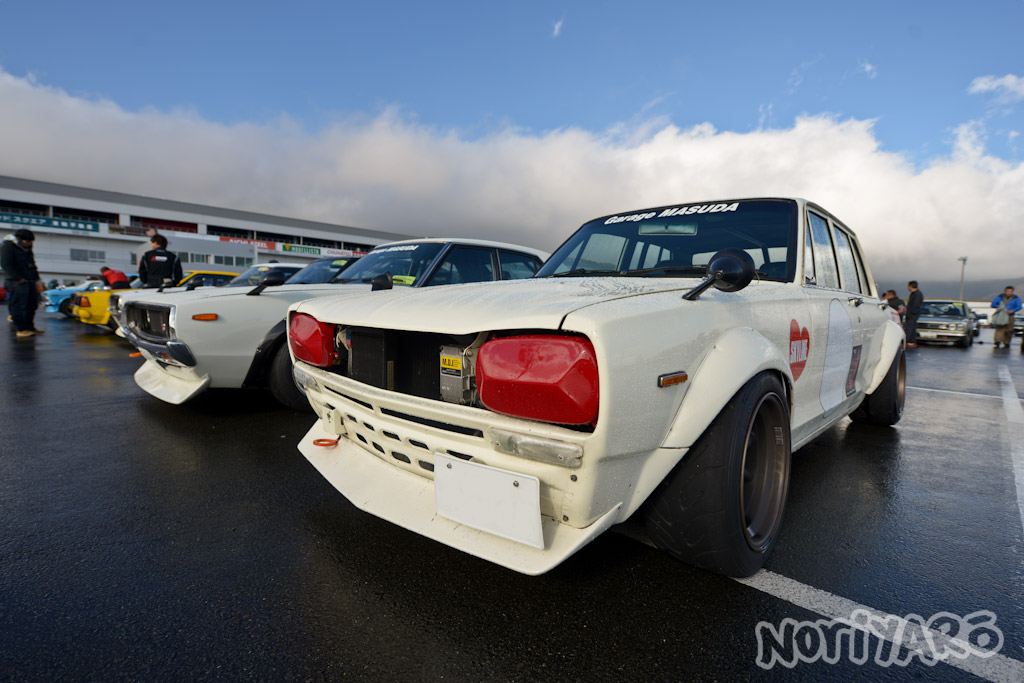 If you wanted to see a Hakosuka, you’d have a hard time not accidentally tripping over the one behind you while looking at all the other ones there. 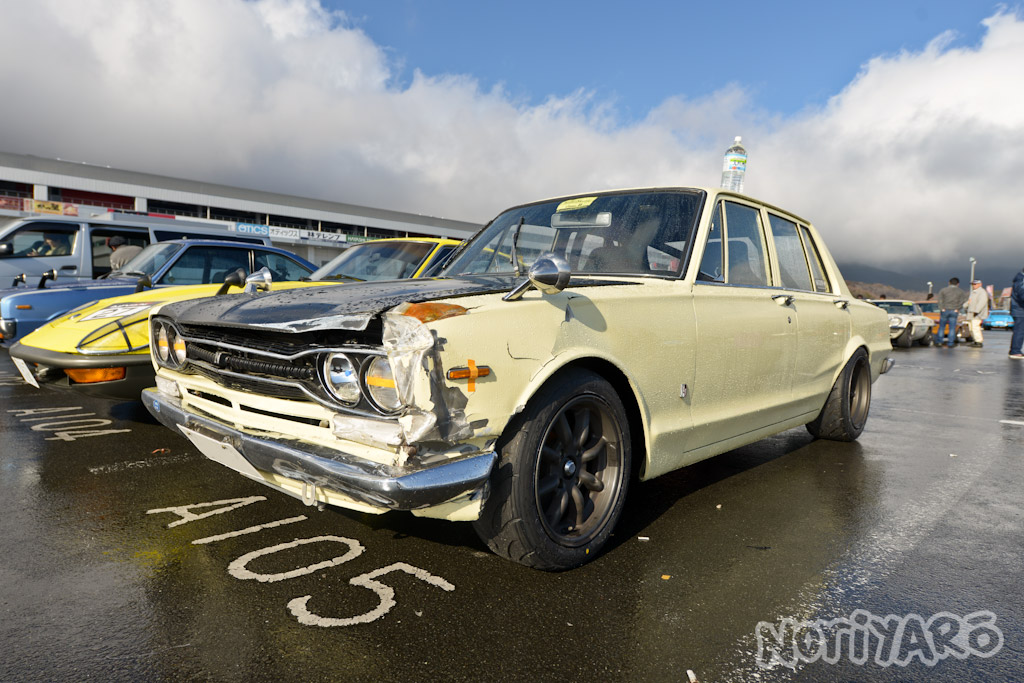 This is the sort of thing you probably didn’t want to see though. Despite the wet track surface, people in the track class were still driving flat-out. 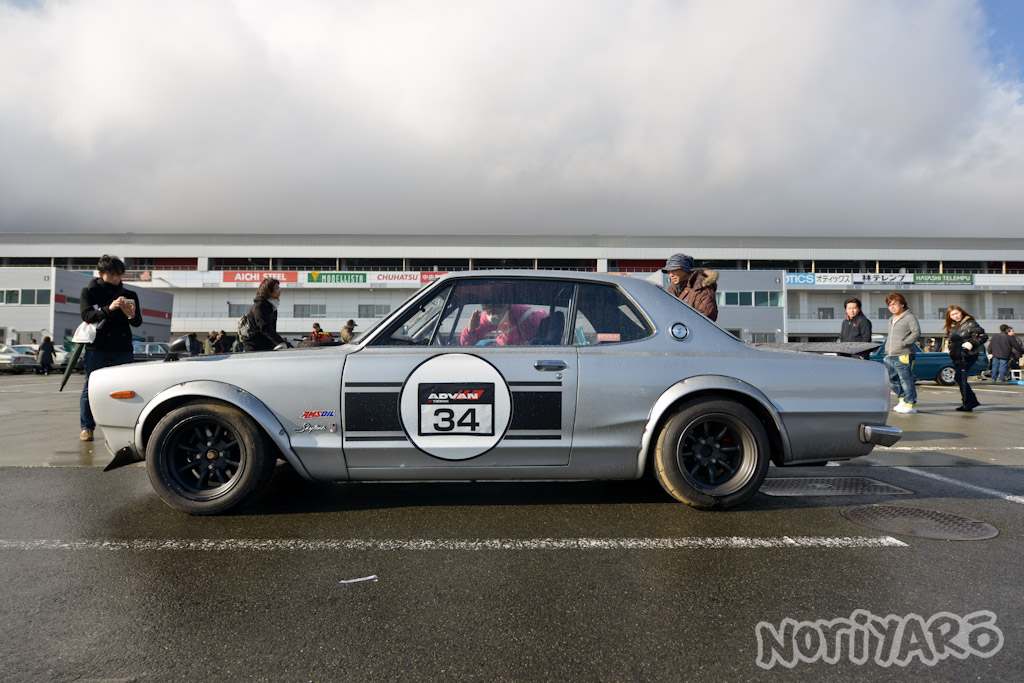 Looks pretty nice from this side, right? 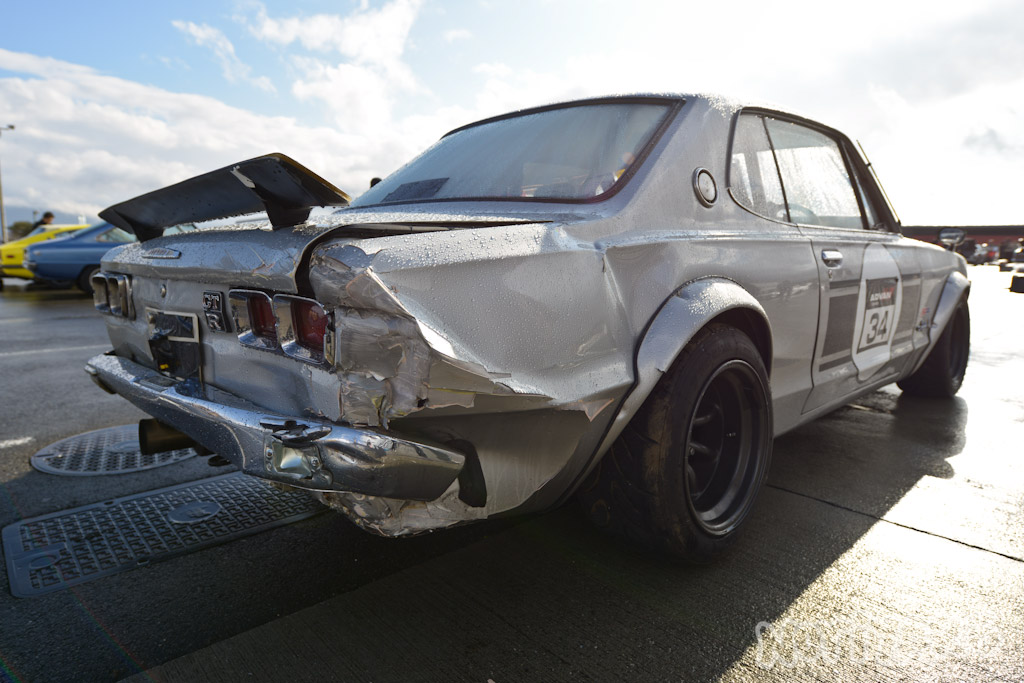 Well, it too found the tyre barrier. Going by all that filler, it looks like it’s not the first time though! 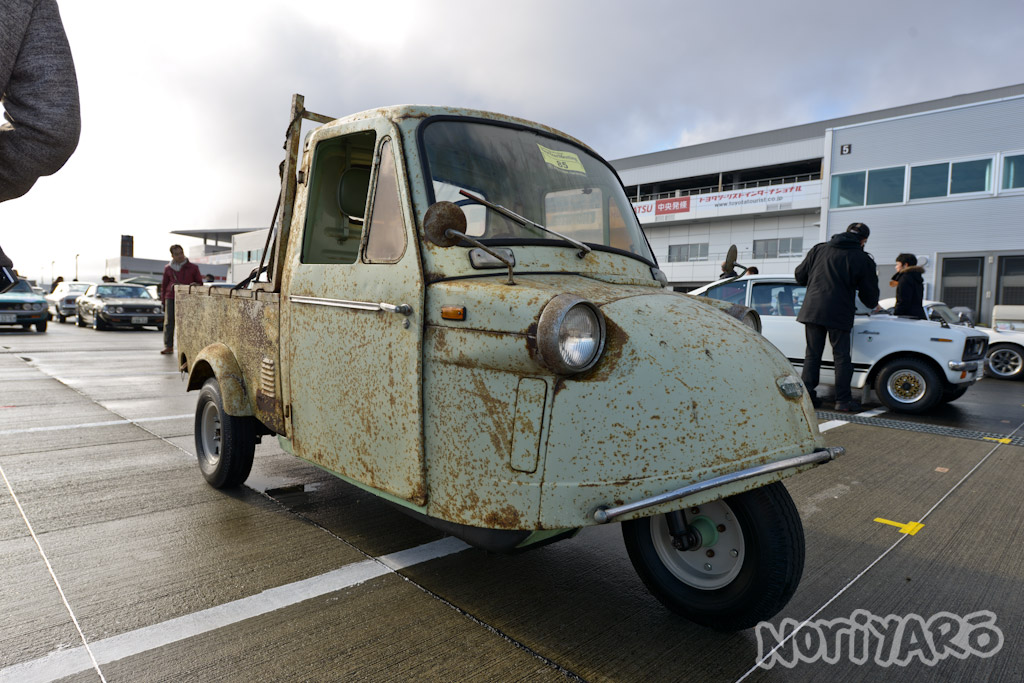 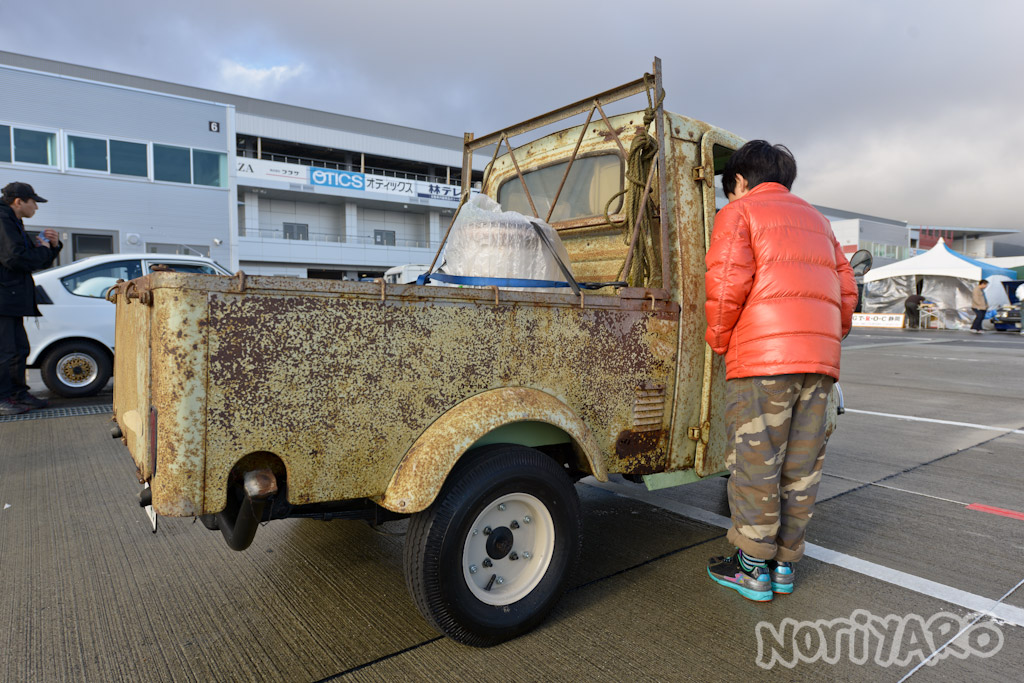 That boy is about eight or nine years old, for a size comparison. 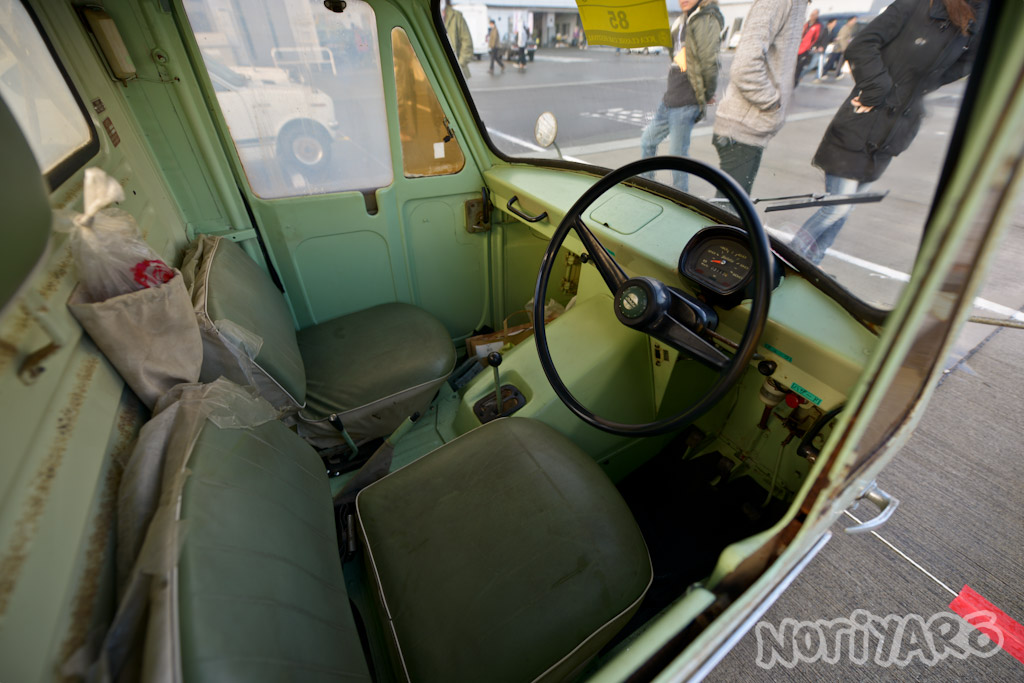 I would have liked to try sitting in this to see if I could fit. Apart from the surface rust, the rest of the car looked pretty nice! 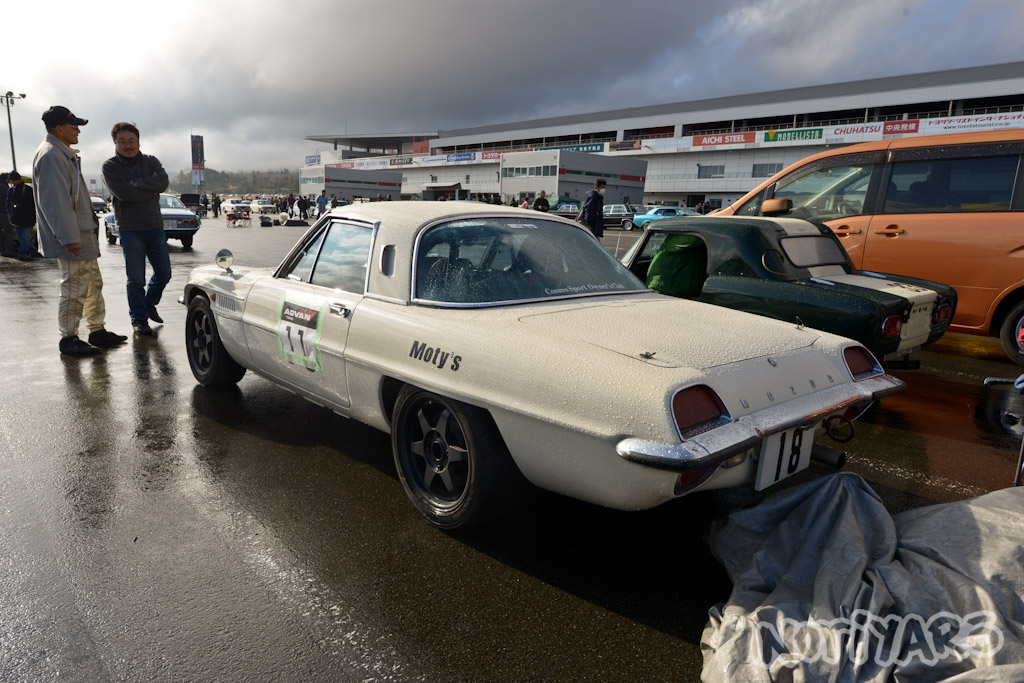 An original Cosmo might be a bit nicer to ride in though. 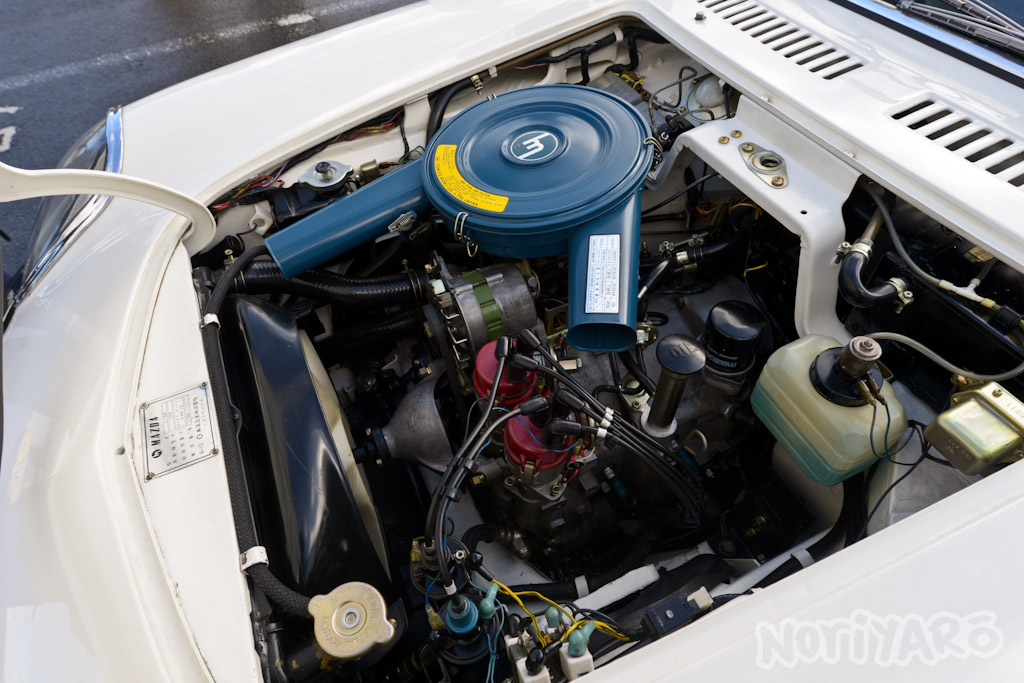 Here’s the Cosmo’s 10A engine. 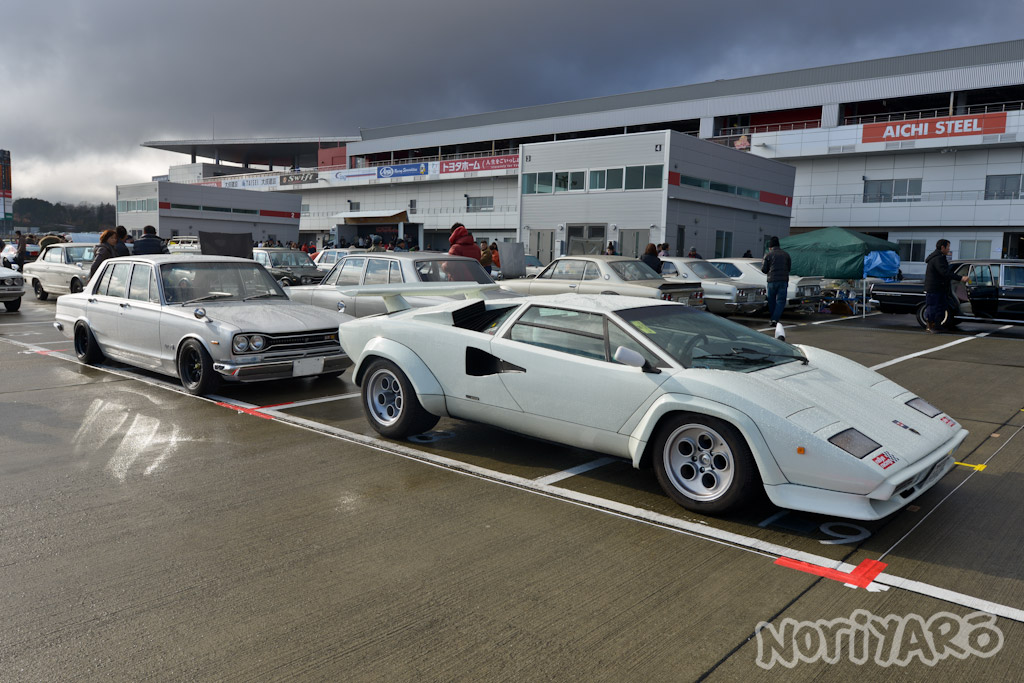 I know this is the most hackneyed kinds of caption that people write on these of photos, but if given the option, which one would you drive for a day? 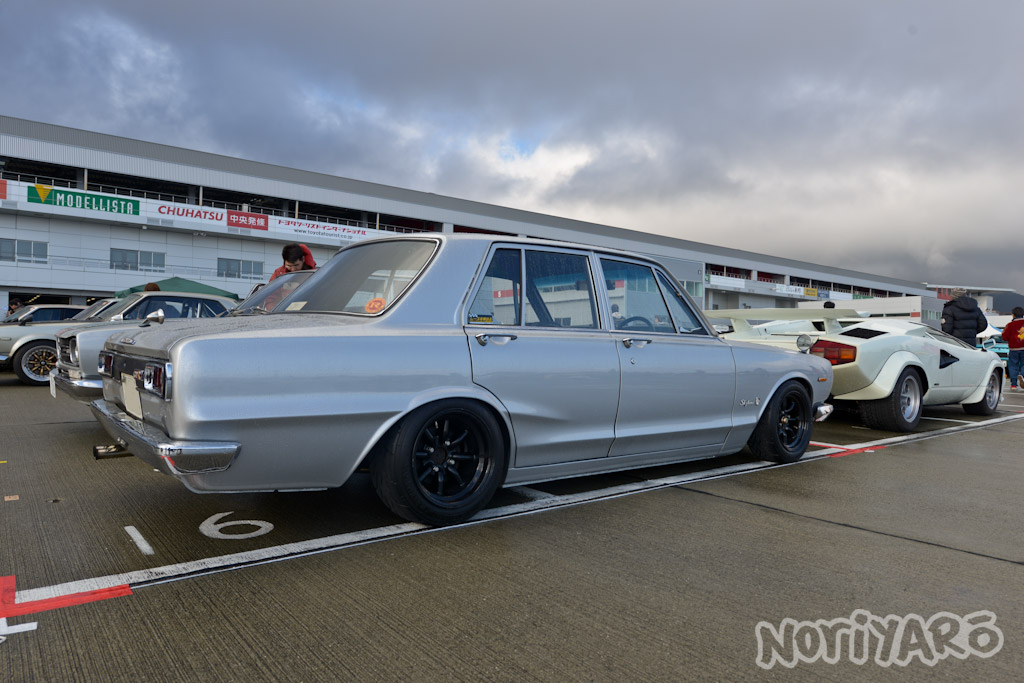 I was a bit of a fan of this four door. The Countach would probably sound better though. Just. 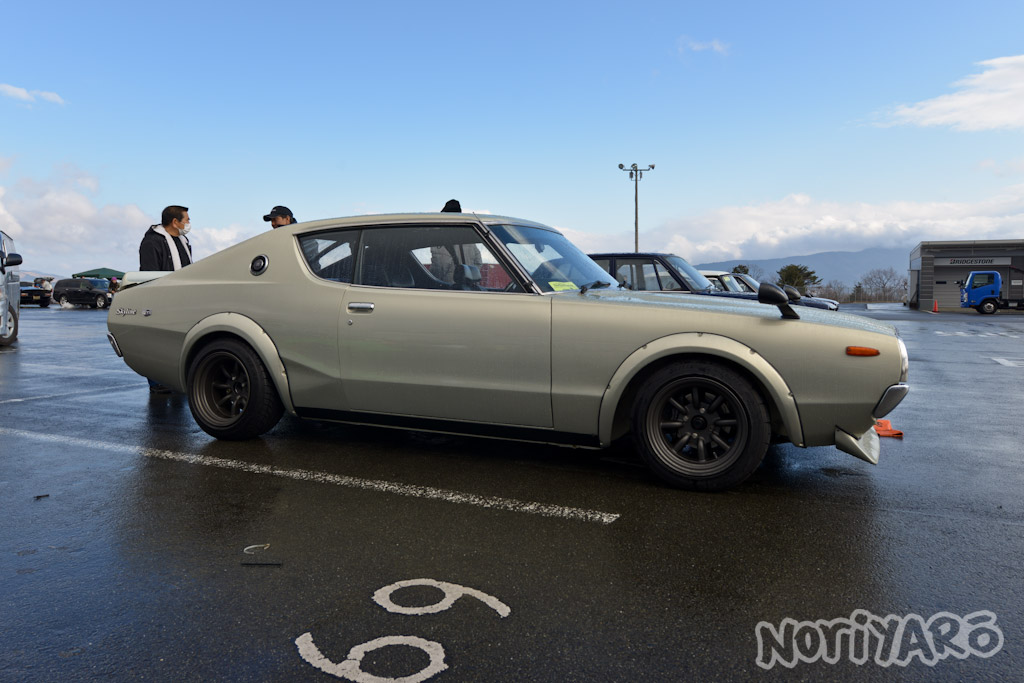 A Kenmeri for the coupe fans.

There was a whole lot of chamois action going on that afternoon. 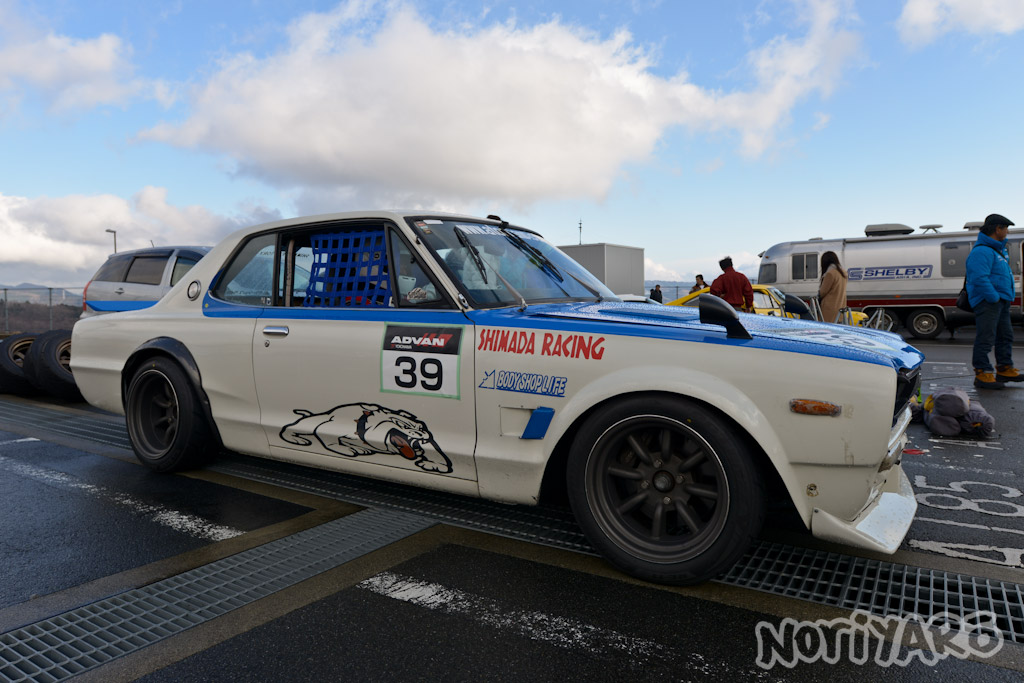 Tastefully-designed racing liveries weren’t really much of a thing back in the earlier days of racing in Japan. 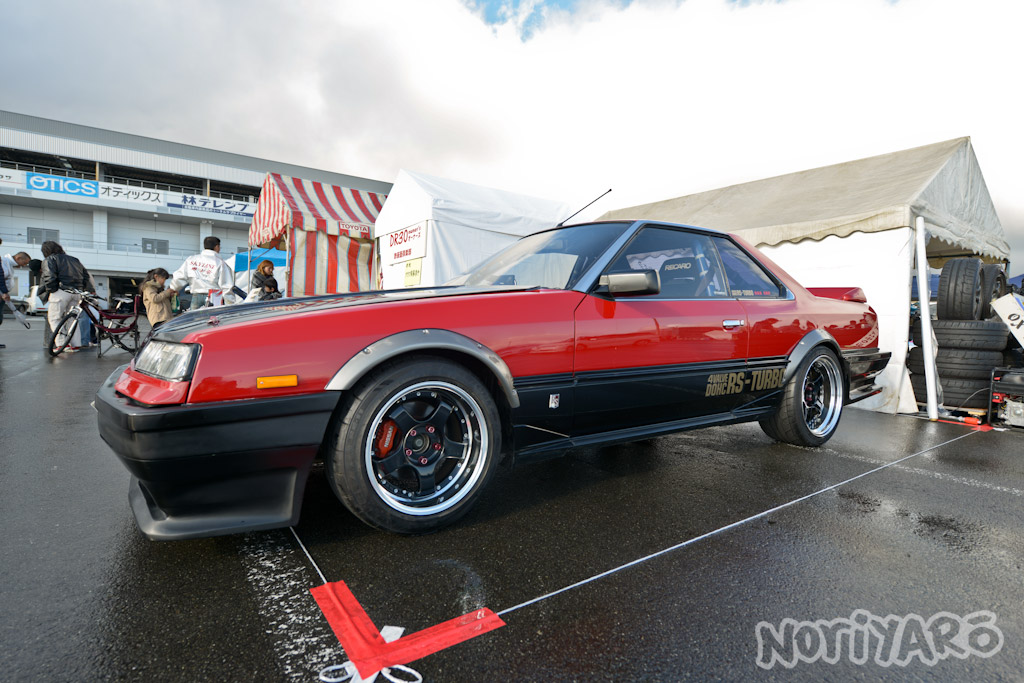 Some colour schemes are unmistakable though, such as the DR30 RS-Turbo’s red-on-black. 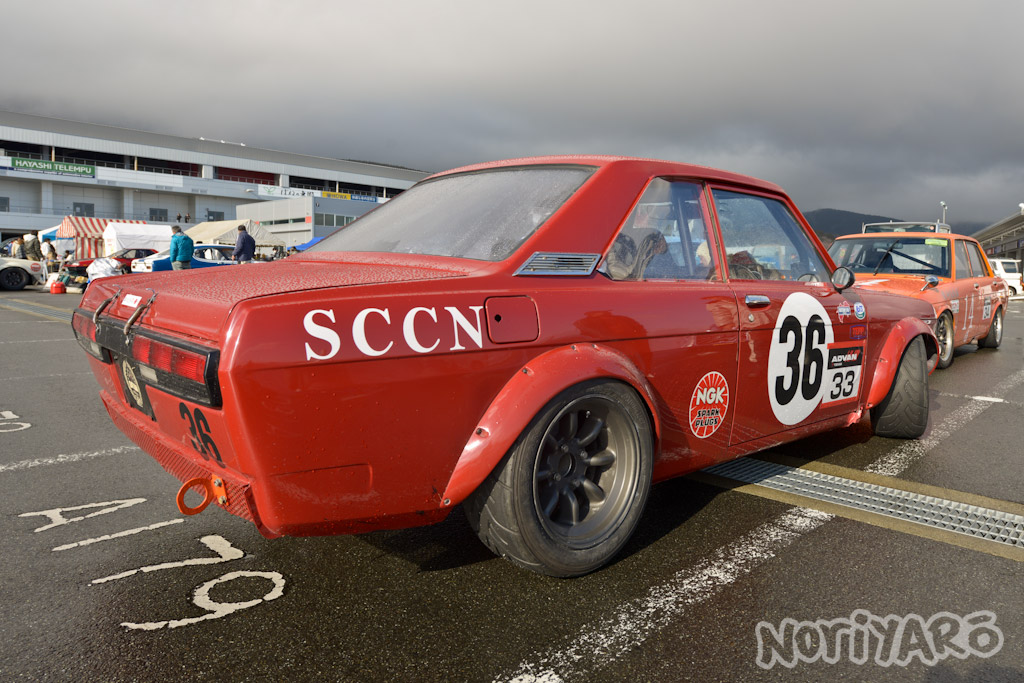 It’s easy to see the family resemblance between the Hakosuka and Bluebird coupe. 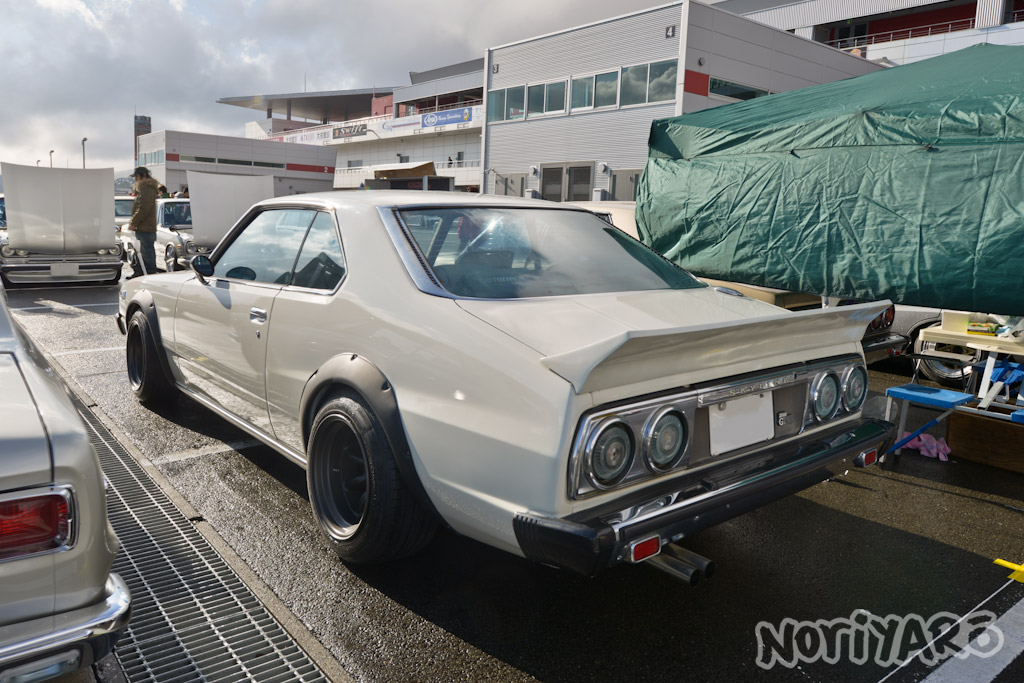 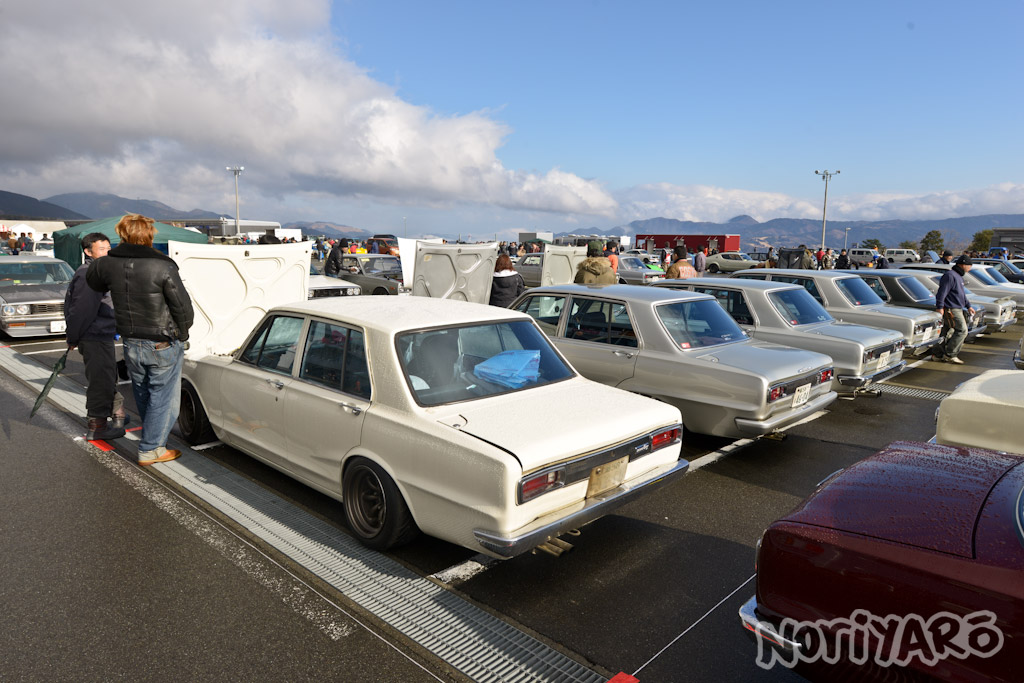 How about some more four-door Skylines? White on Watanabes in the foreground again!

The owner of this said they were the original hubcaps. 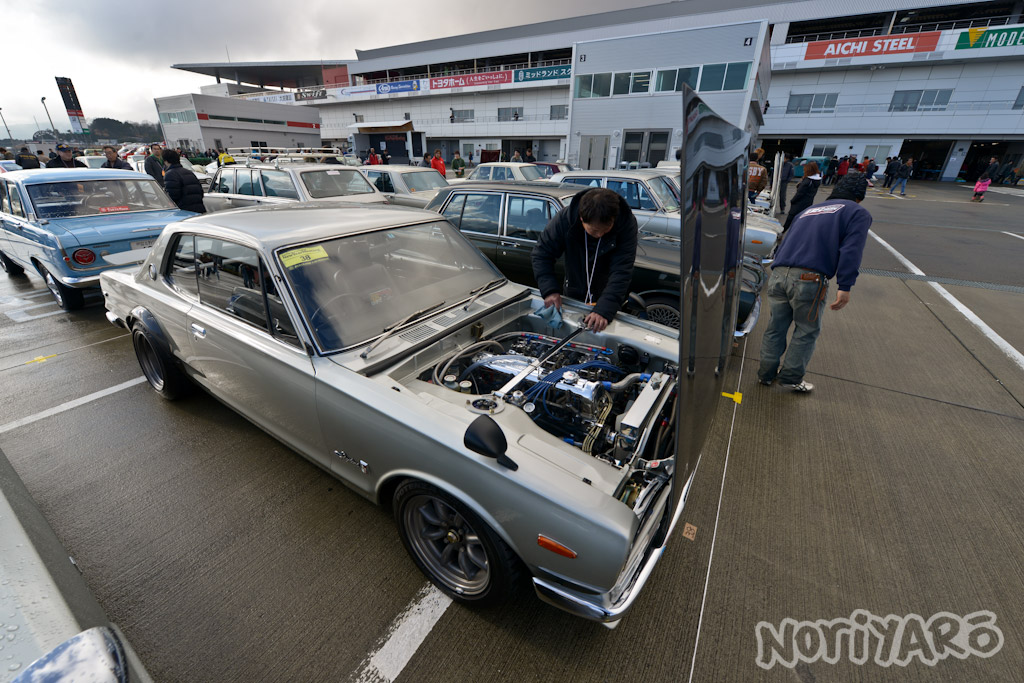 More chamois-ing. I suppose you wouldn’t want water spots all over that polished metal. 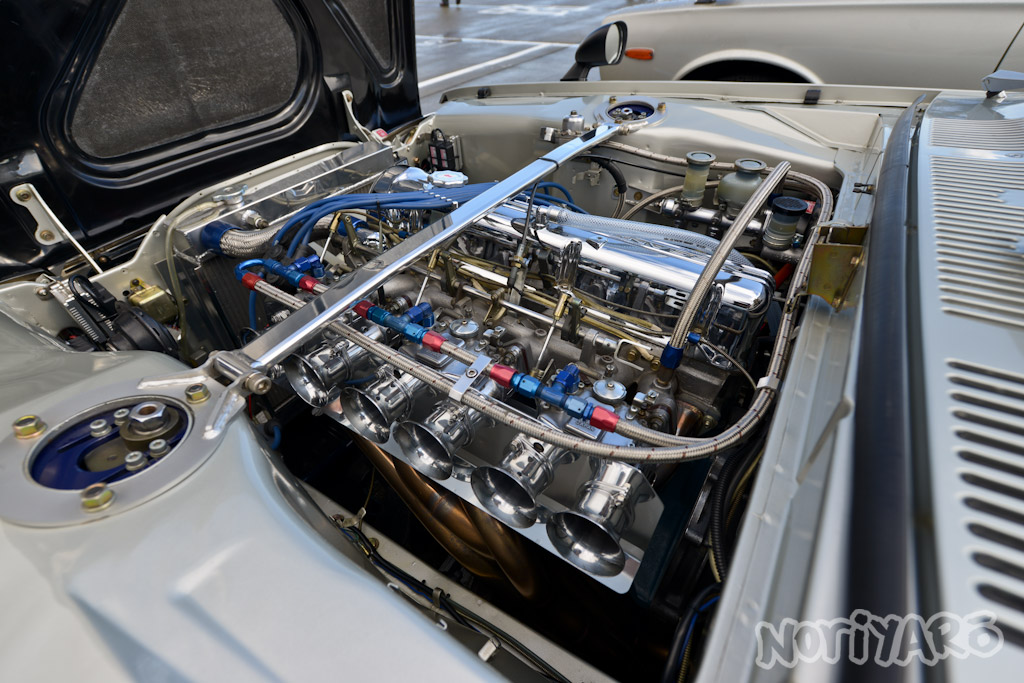 The owner of this said the sound of the engine was his favourite thing about the car. 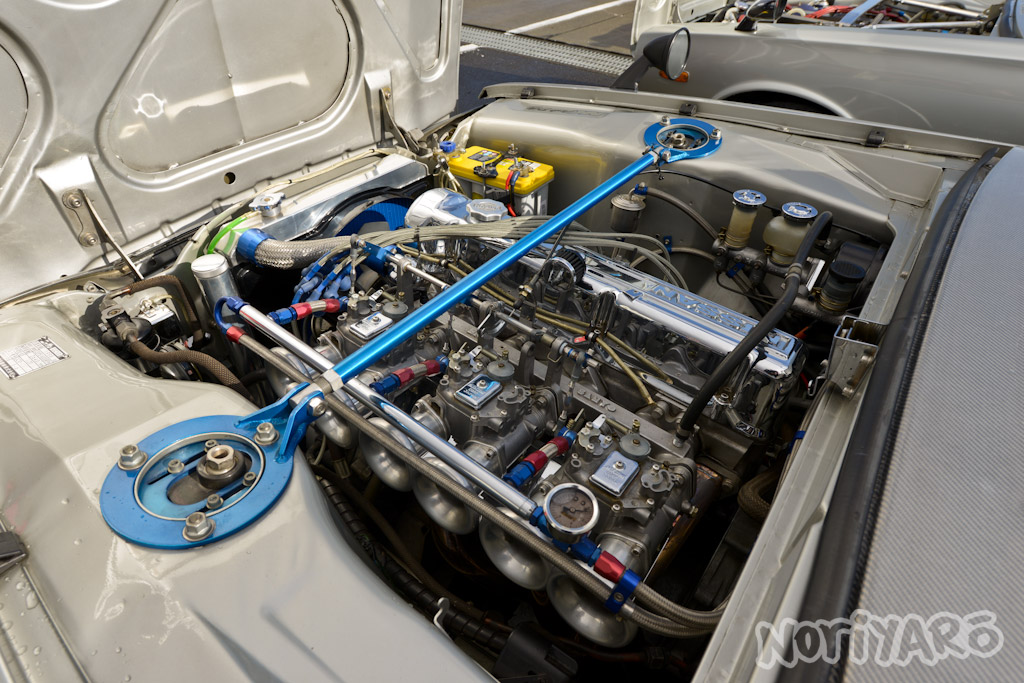 A polished valve cover and big carbs seems to be the recipe to follow. 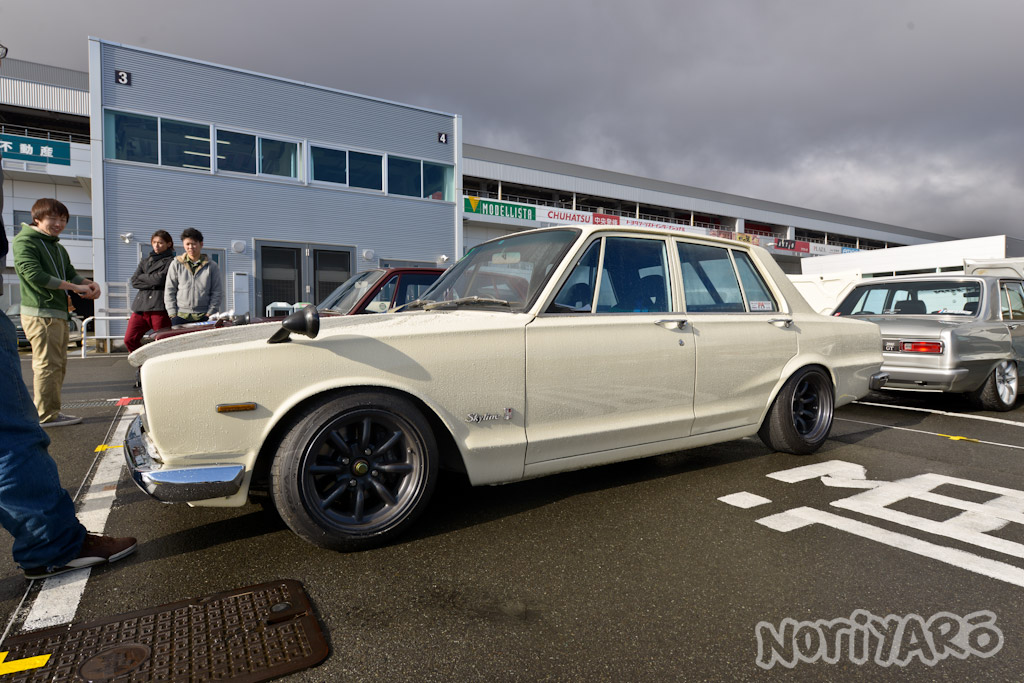 White on matte-black Watanabes. It works every time. 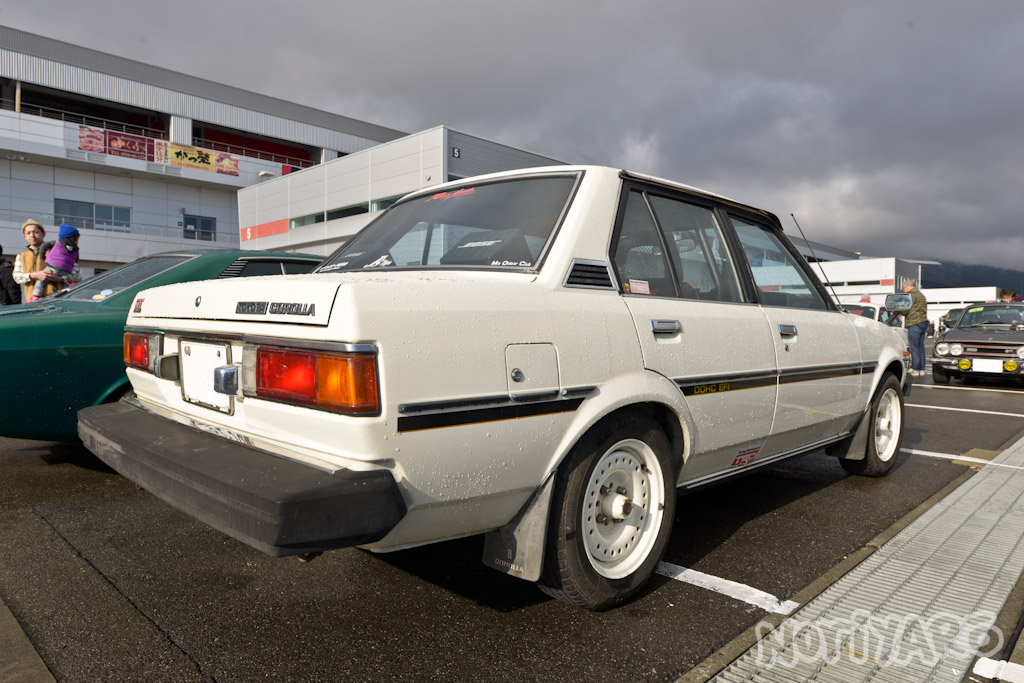 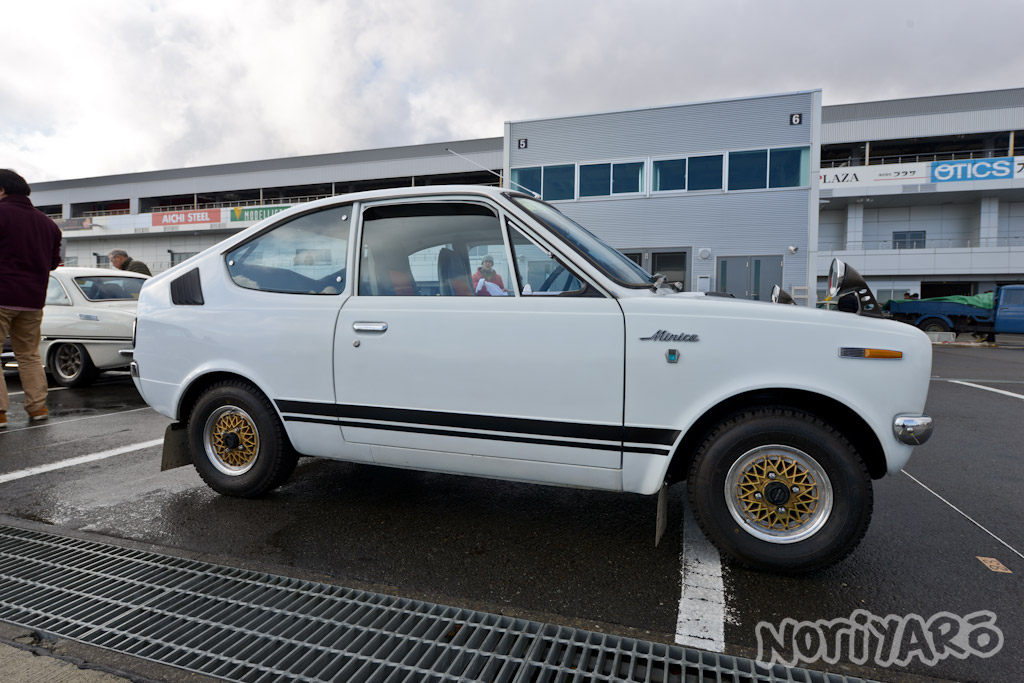 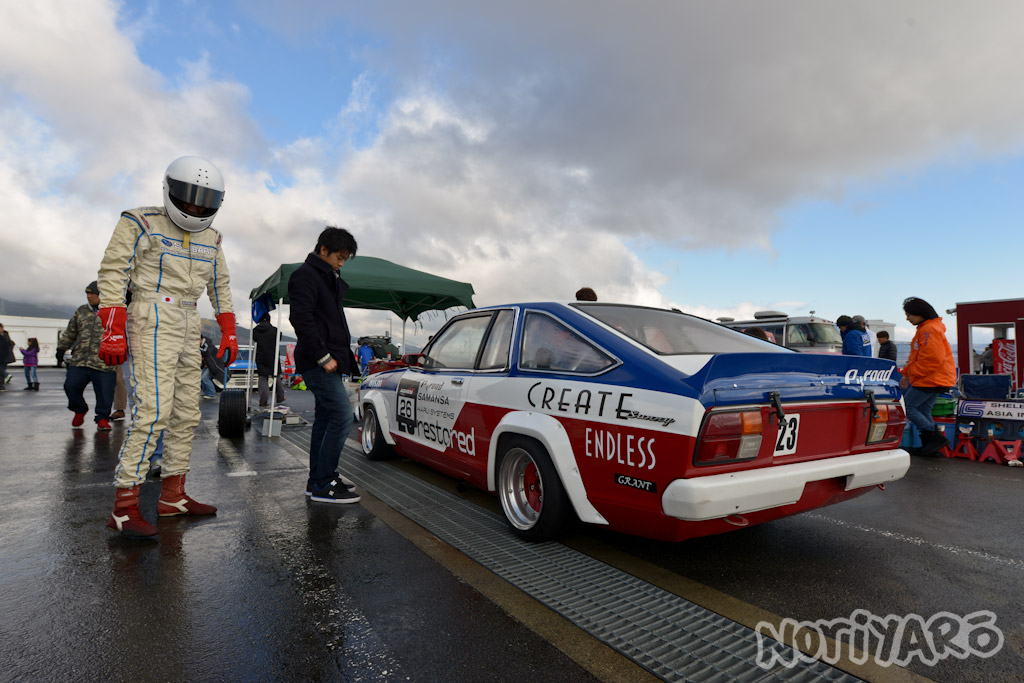 There weren’t as many TS Cup cars at the JCCA show as I thought there would be, probably because there wasn’t a TS class at this event. There will be TS races at the JCCA Fuji Jamboree,  Tsukuba Summer Meeting and Endurance Meeting later in the year, though. 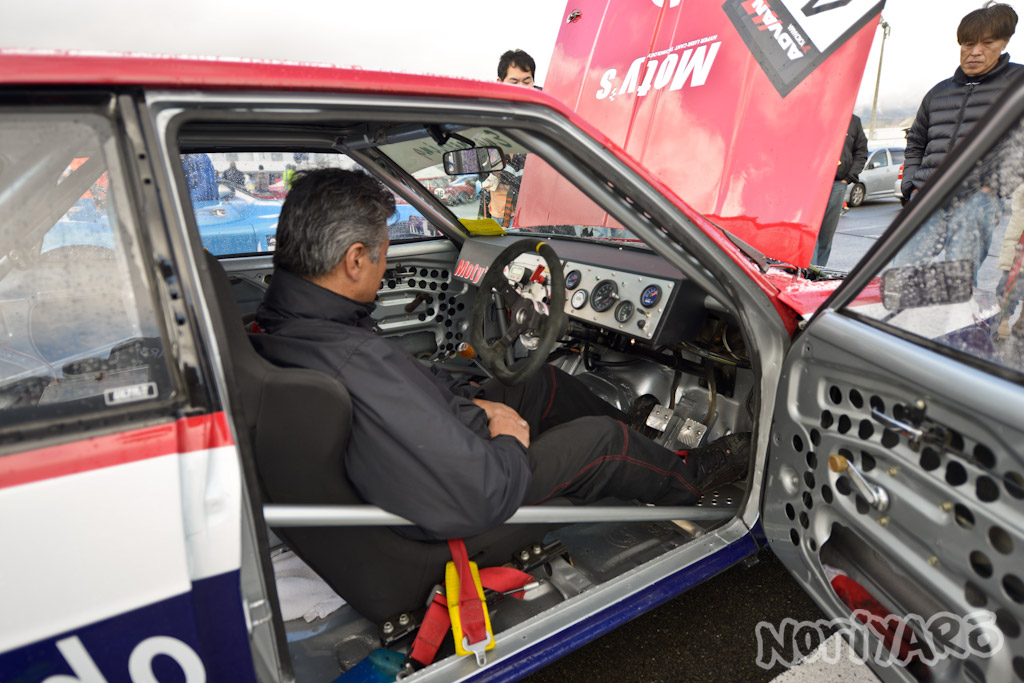 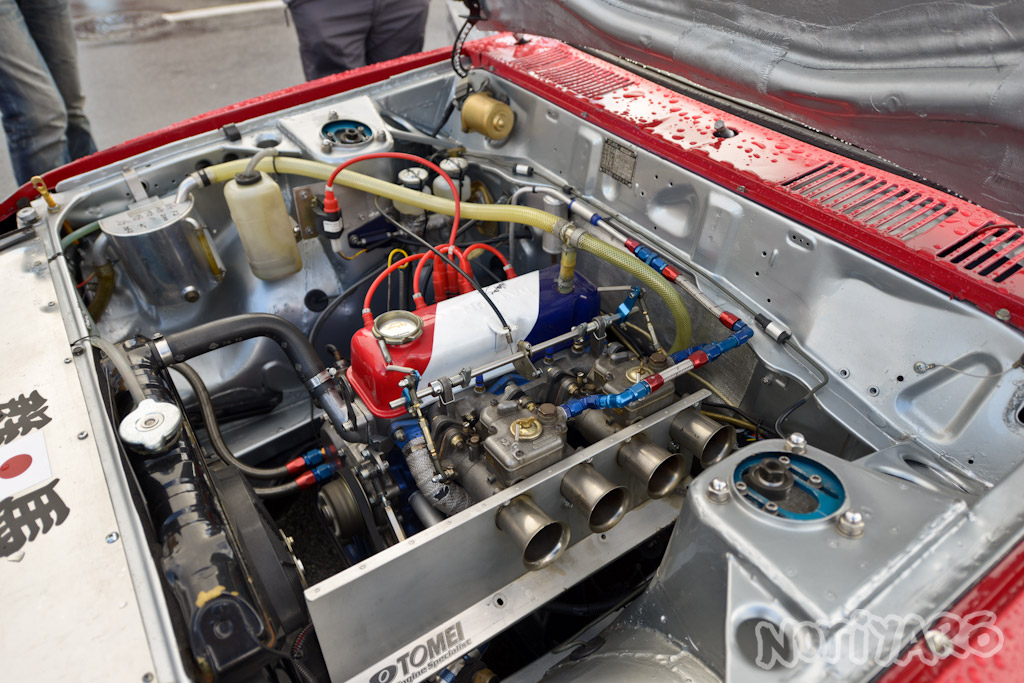 The engine bays are quite spacious too, but a 1.3L engine will do that.