When I saw it the other day at Car Service Hiro, it was still sitting on wound-up suspension, and with a few finishing touches to go. I didn’t think it was going to make the Tokyo Auto Salon, but sure enough, it arrived in the parking lot this morning. 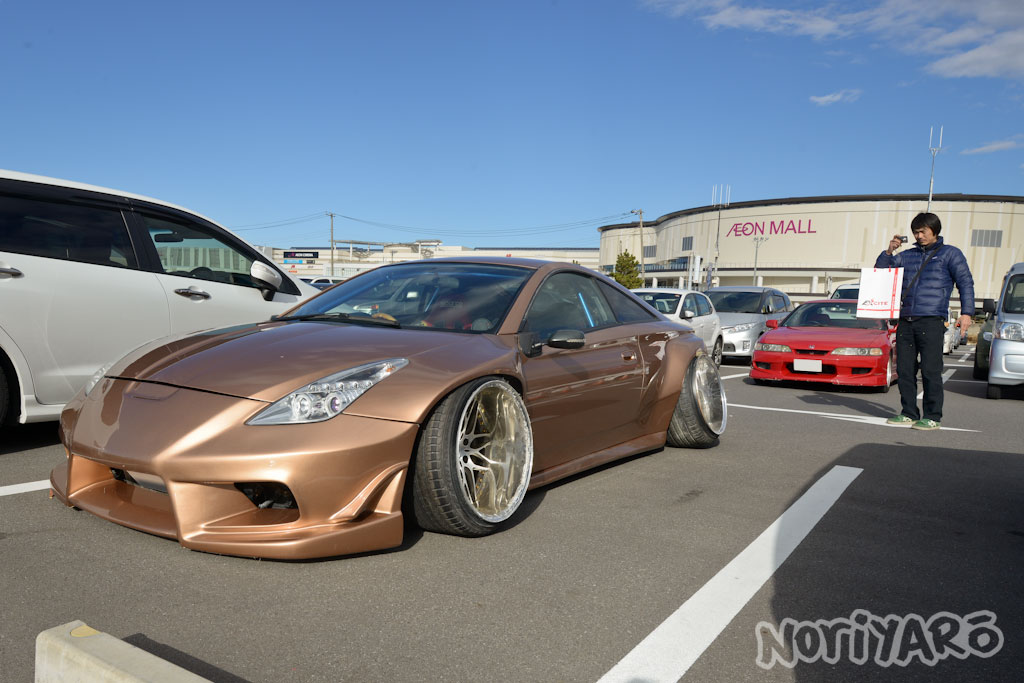 While I was taking a few photos of it, literally every single person who walked past either said something along the lines of “what the hell is that?!” or stopped and took a photo. 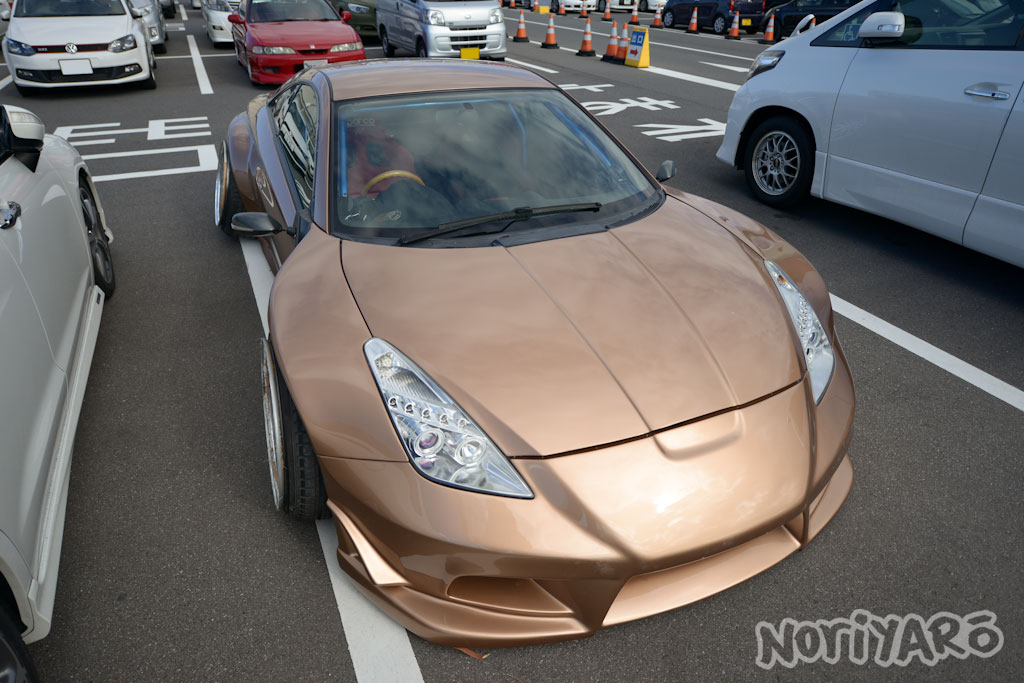 The front fenders remind me either of a MiG-29 fighter or the spaceship from that 1980s classic movie, “Flight of the Navigator”.

I was told the fender arches have been designed so the wheel just barely clears at lock. It looks like there’s a little bit of rubbing, but that should be sorted soon, I’d imagine. 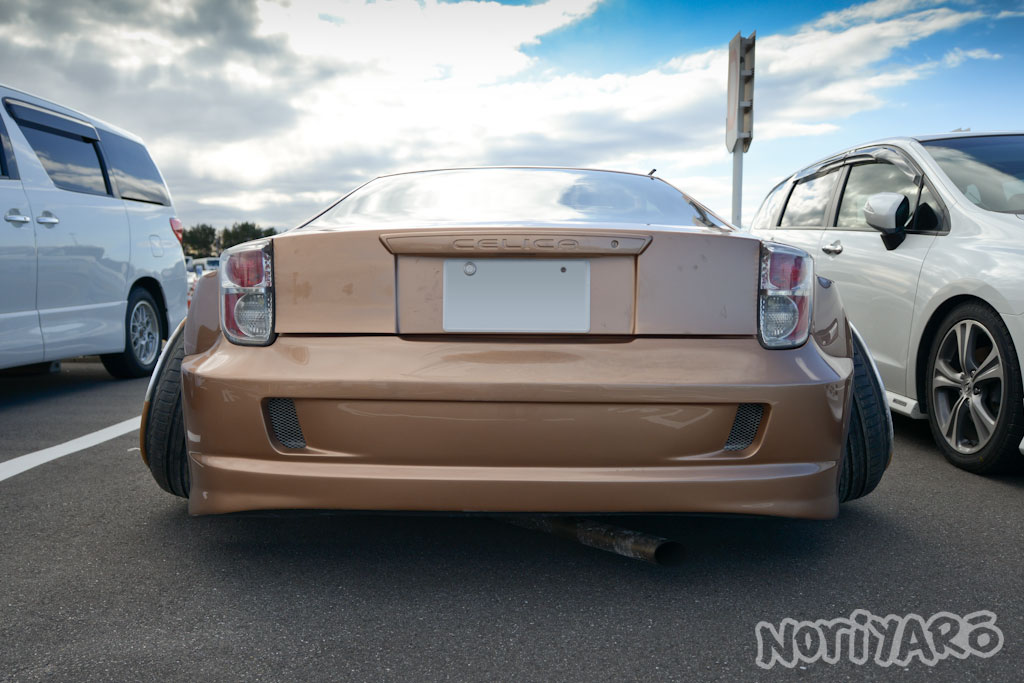 That’s the Back to the Future theme. 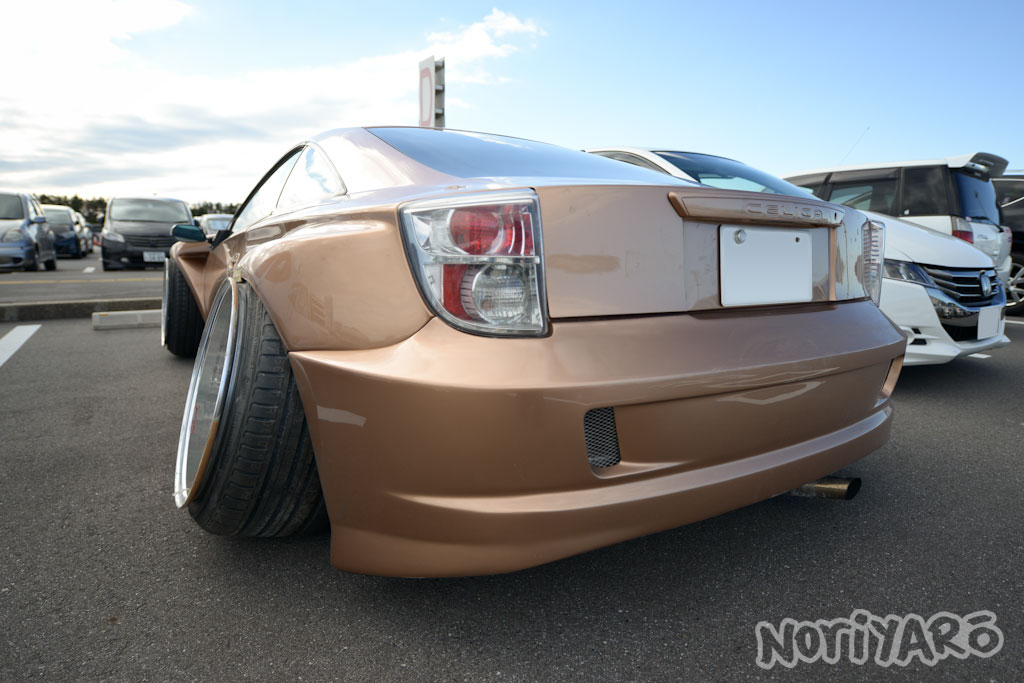 The huge fenders make the camber look not quite as extreme as the previous incarnation, but it’s just as silly. 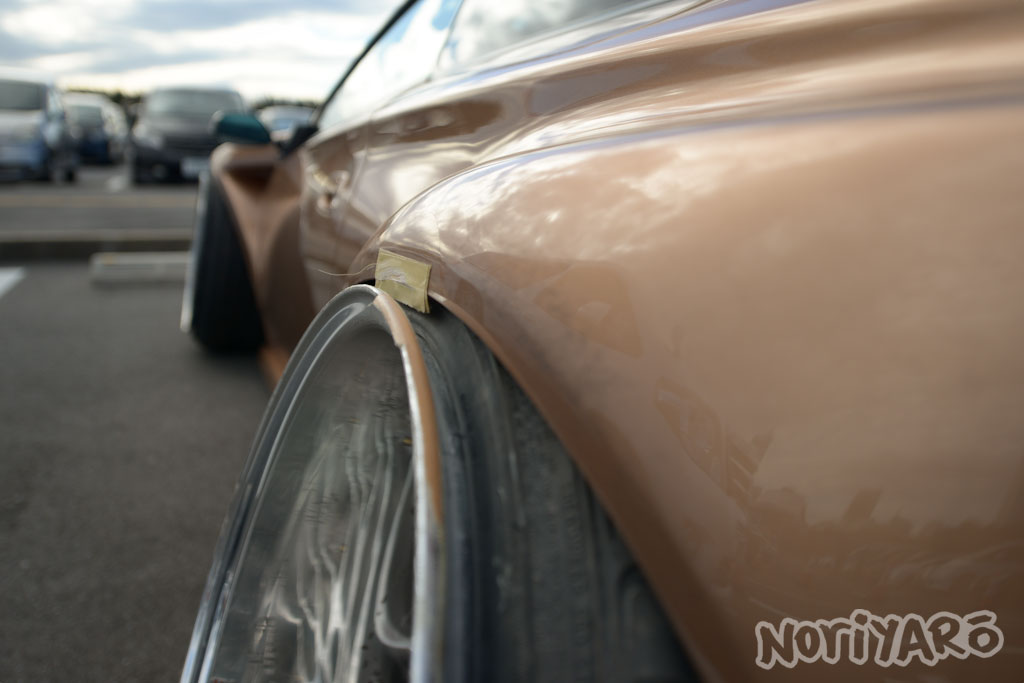 Once again, a bit of rubbing, but that’s to be expected. The car was so rushed to make it that the rim lips were still covered in the sticky remains of protective gaffer tape that had been hastily ripped off. 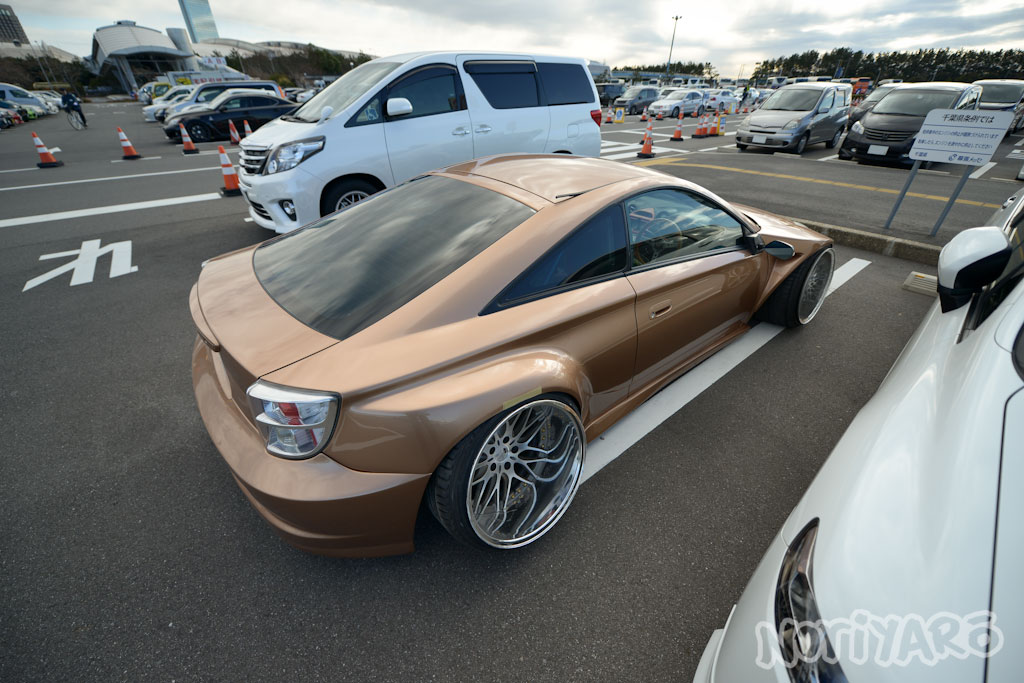 If anything, it’s the front end that’s amazing now.

Next time, drifting shots? Video? I’ll see what I can do.