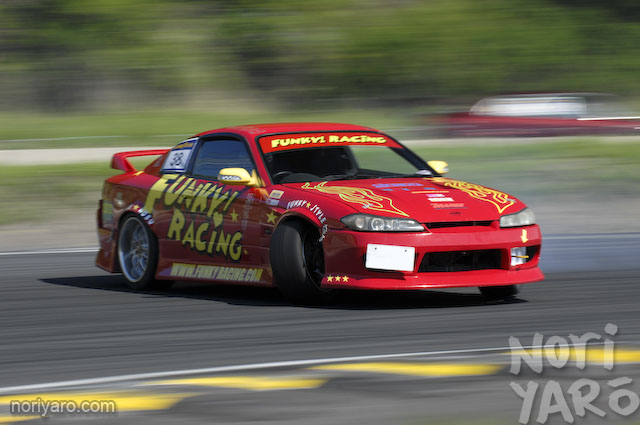 A few weeks ago, I headed up to Ebisu Circuit to help Andy from Powervehicles out a bit with his preparations for the Spring Drift Matsuri.

On my last day there, just when Andy was in the middle of washing some cars, the weather turned all nasty and brought down a combination of strong winds, light rain, dust, and pollen. His car washing well and truly ruined, Andy decided it would be a day best spent working from home, so he and Emily left while I stayed behind to mess around with a couple of things. They left behind the small bag that they keep car keys in, including the big ring of garage keys, so I could lock up after I was done. 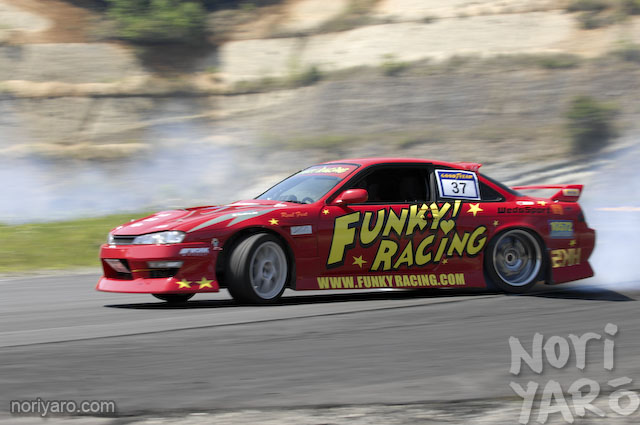 After a late dinner, I headed home on the expressway. It’s about a three to four hour drive depending on the traffic, which is usually fairly light at that hour except for the occasional suicidal lane-hog truck driver. I finally arrived back home at about 4:00AM and switched on the car’s interior light. It was then I saw Andy’s key bag still in the passenger’s footwell. 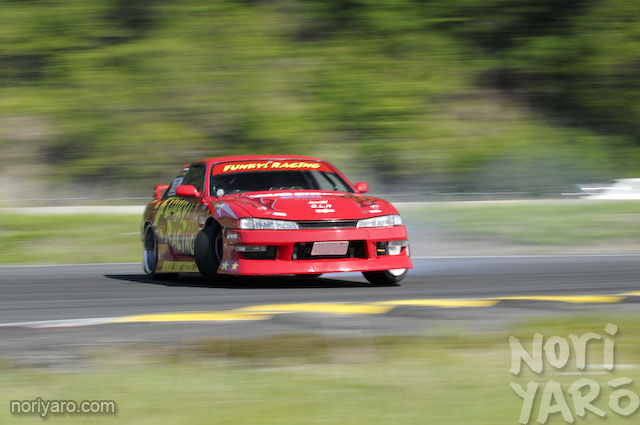 I was about 300km away from Ebisu, and had the keys to every car in Andy’s posession, plus the keys to his garages. Not exactly the best thing for someone who deals in cars!
This meant I was looking at another six or seven hour round trip drive on no sleep. It wouldn’t have been quite so bad if I didn’t also have an important appointment that day in Tokyo at midday, which would have meant no sleep breaks at parking areas on the way back.
I walked into the house, turned on the computer, and did a quick check on Mixi (Japanese equivalent of Facebook) to see if anyone local had made a mention of heading to Ebisu Circuit that day, but to no luck. There wasn’t really any other choice. It looked like I was heading back the way I came. 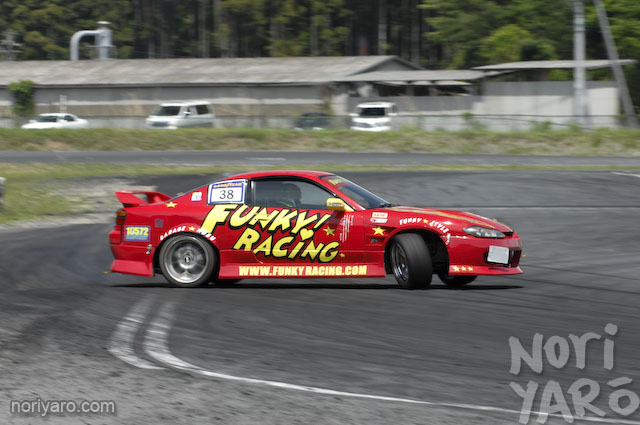 After a couple of hours on the expressway again, I decided to pull in to a parking area for some vending machine refreshments. Just as I was lamenting my situation for the hundredth time, I saw a group of brightly-coloured cars parked further along near the exit.
“Ah, drift cars. They must be heading to Nikko Circuit today. No, wait a minute, I’ve already passed Nikko. There’s only one place they could be going!” I thought, hoping for the best.

As I pulled up, I saw Nikko circuit regular Hasegawa from Funky Racing (the S15 Silvia) standing there, along with his friends. 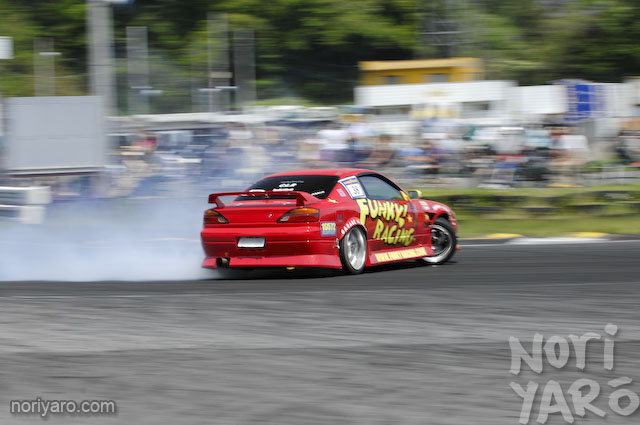 It turned out that they were taking advantage of the discounted rates that Ebisu Circuit is currently running, and heading up there for the day. Needless to say, I was rather happy, and I don’t think I’ve ever actually hugged a Japanese man before that day. Andy got his keys back, I only had to drive half as far as I thought, and even managed to get some sleep in my own bed and made my appointment. Good ending.

So once again, a big thanks to Hasegawa and the Funky Racing crew!