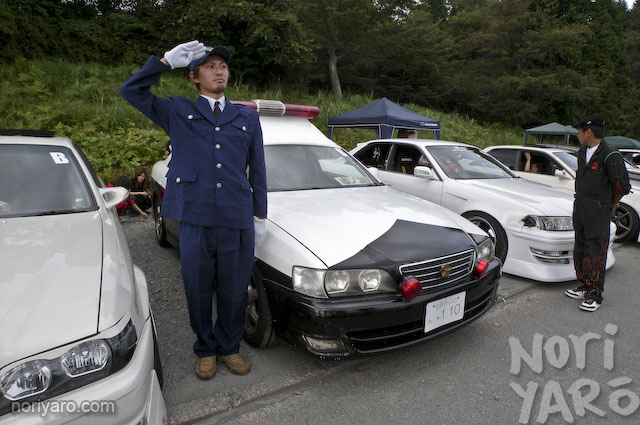 Here’s one that managed to get away in the wet. Check out what they refer to as a “drift turn” at 1:34!

This guy in a stolen Chaser gets caught in Minato Mirai down in Yokohama.

In the first part of this, the police follow a zenki Chaser on the Wangan, where they only refer to it as a “sports-type sedan.”
In the second part, they spot a kouki Mark II with fake plates that had been suspected of being involved in a petrol station machine robbery, and begin chasing it around Tokyo.

After avoiding a Stop Stick the police put under the car, the driver punctures his front left tyre while driving on the footpath.

Once they manage to stop him, they find methamphetamines and “break-in” tools in the car.