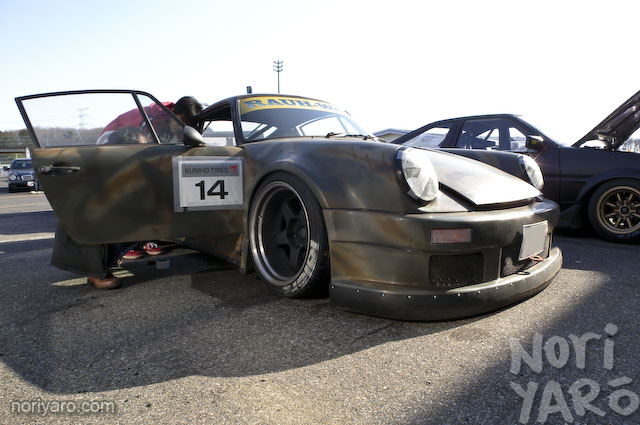 Monday afternoon at Tsukuba was the Rauh Welt Gonzo Soukou. While most of their meetings are run at Idlers racing club events, this particular day was Rauh Welt’s own, and left the track open for the drivers to come and go as they pleased.

The most eye-catching car there was the “Masterpiece”, which had only had the camouflage paintwork completed a couple of months ago. When questioned on the theme, the owner said “Because it’s a fighting car”. 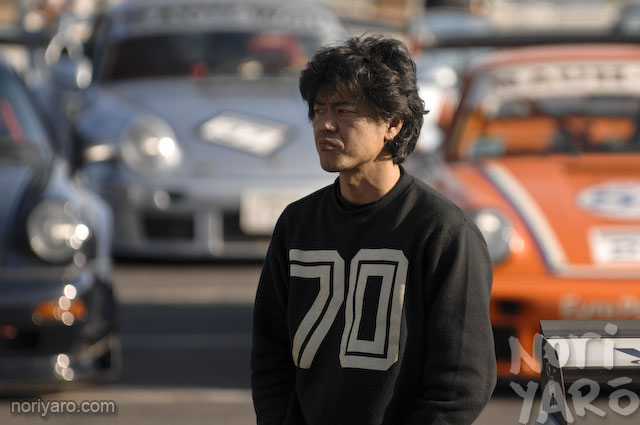 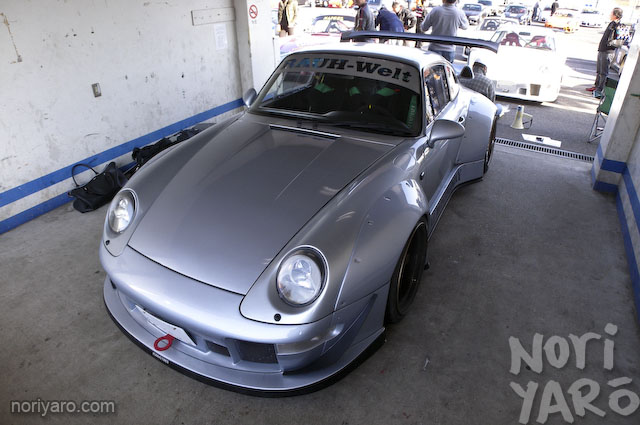 This is his new 993 democar. Keeping the Reggae theme going from his “Natty Dread” sideskirt graphics, this one is called “Royal Montegobay” 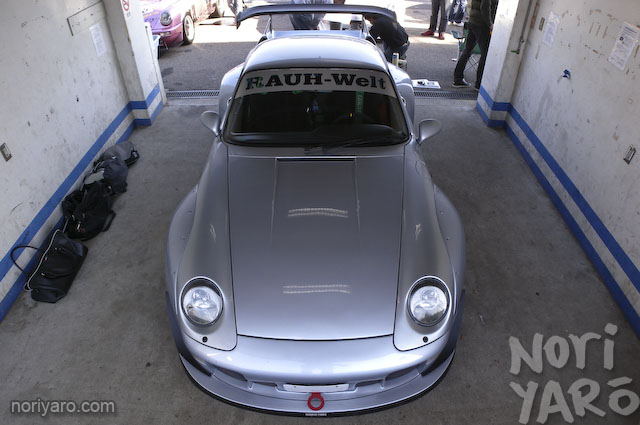 This kind of reminds me of those bikini model shots where the girl is on all fours facing the camera, with her arse sticking up in the air with a tiny thong on it.

Or is that just me? 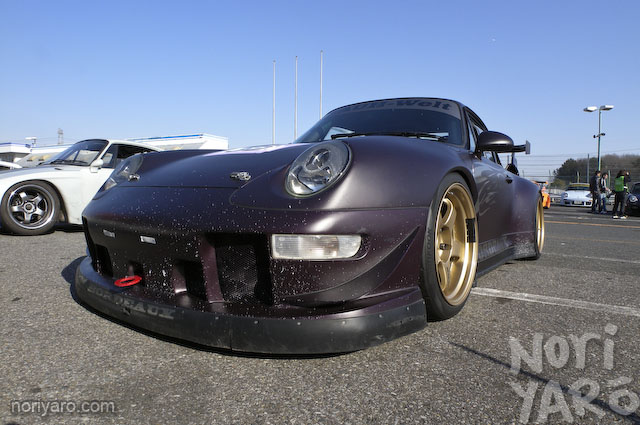 The Bordeax has obviously been used hard since the last time I saw it. 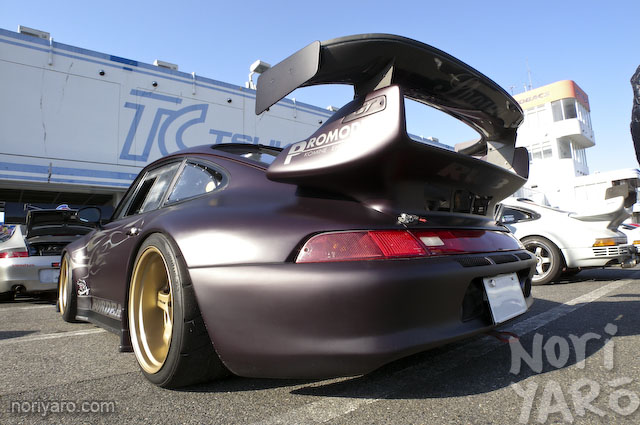 The Merlot-red tsuyakeshi (matte) paint still looks clean from the back though. 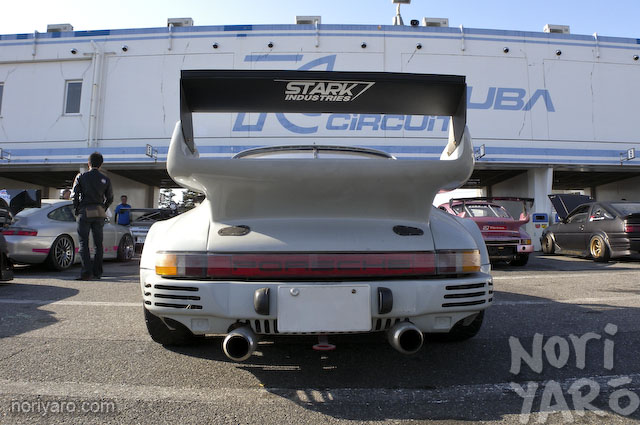 I didn’t know Iron Man drove a Rauh Welt Porsche. Kind of suits him, if you think about it. 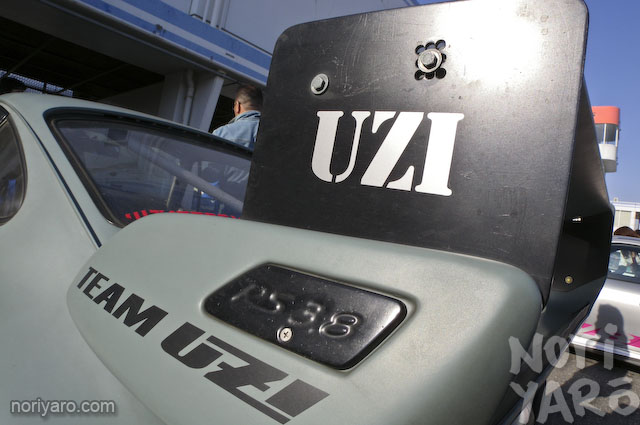 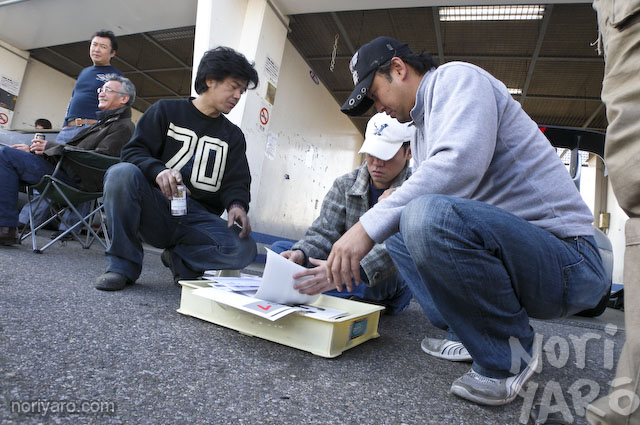 It was a pretty simple kind of day. Attach your numbers and head on out. 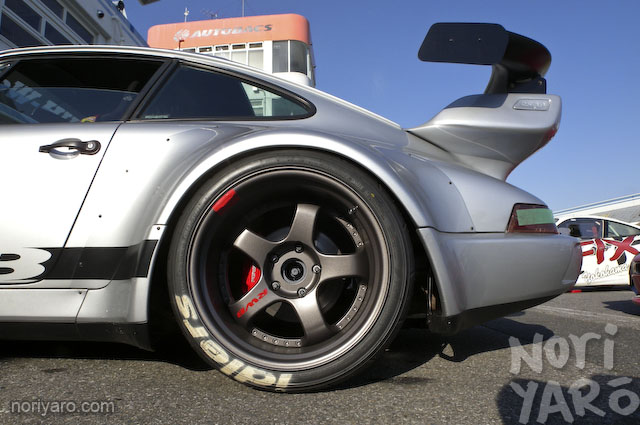 That’s only an 18-incher, believe it or not. 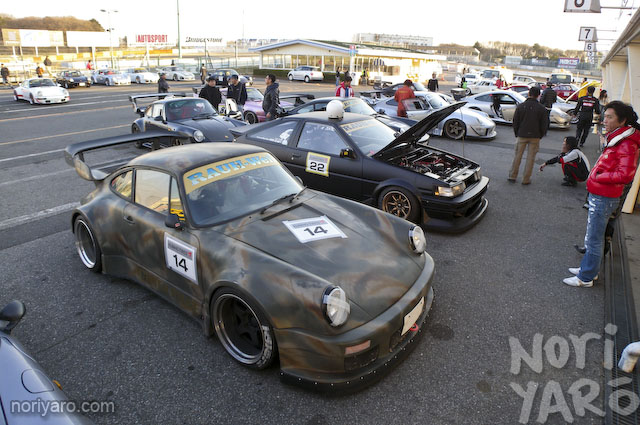 The pits were a lot of fun to walk around in. I’m not normally one of those kinds of people who enjoys cars as “art”, but it’s so much fun to see things like this that look as good as they work. 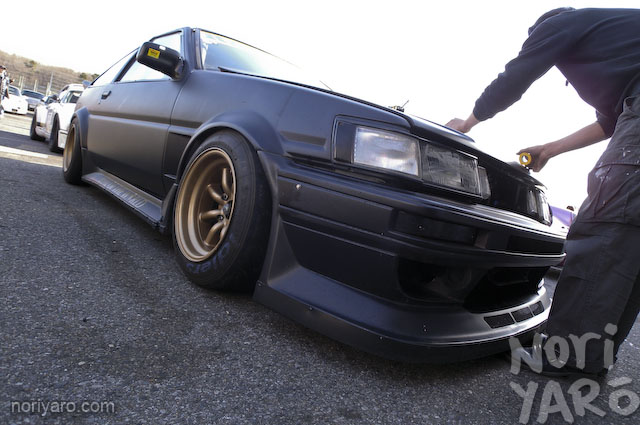 Oh, you noticed that AE86 in the background and wanted to see more of it? 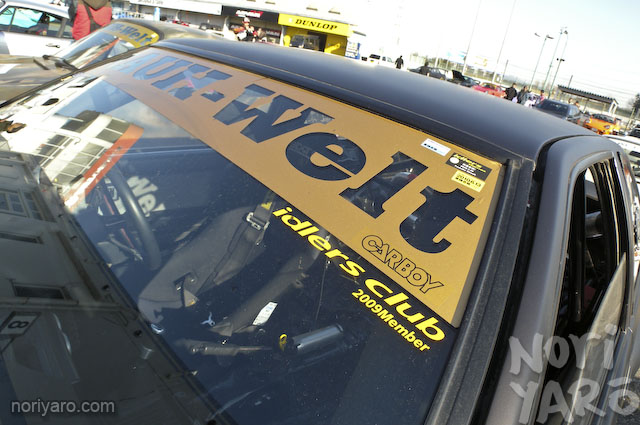 Rauh Welt actually fits in pretty well with the whole Idlers Club thing. They take not being serious very seriously. 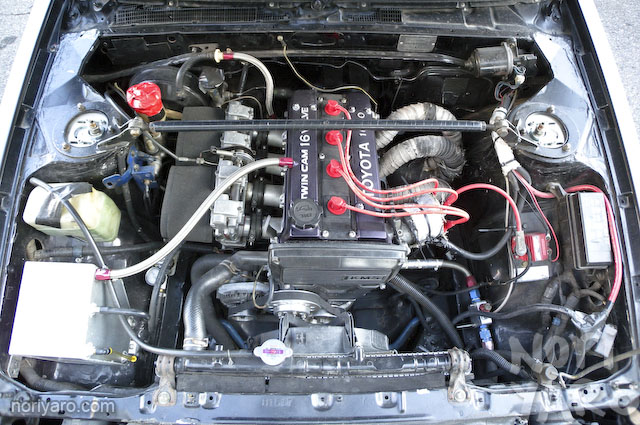 It doesn’t look too different in the engine bay since the last time it was on here. He’s missing that little mechanical fuel pressure gauge though. 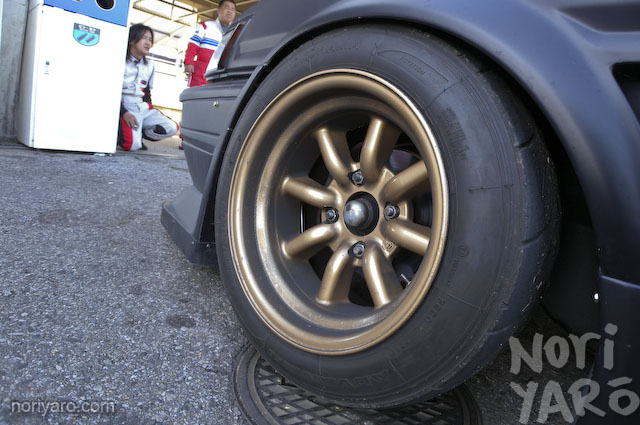 The owner is a painter at Rauh Welt. That’s him there next to the garbage bin. I’ve met him at least a half-dozen times, but I can’t remember his name! 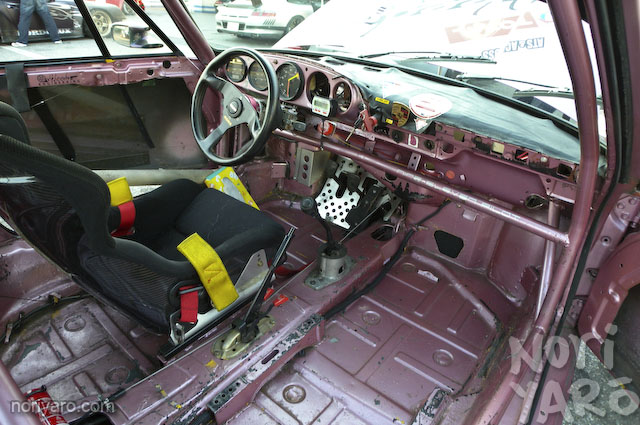 The interiors of some of the cars are about as ugly and functional as you can get. 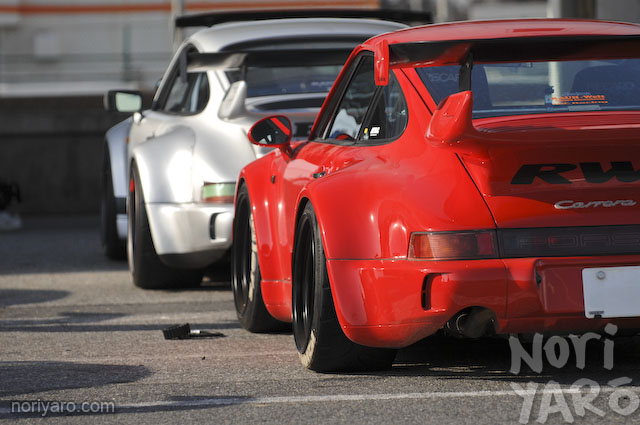 The exteriors however are…I’ll let you fill in that blank. 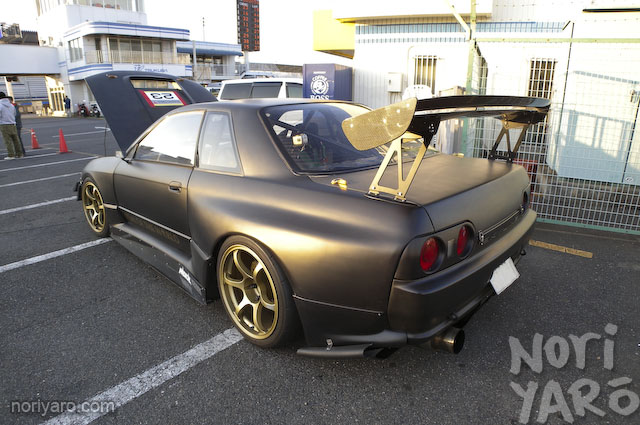 There was also a Rough-style R32 GT-R there. 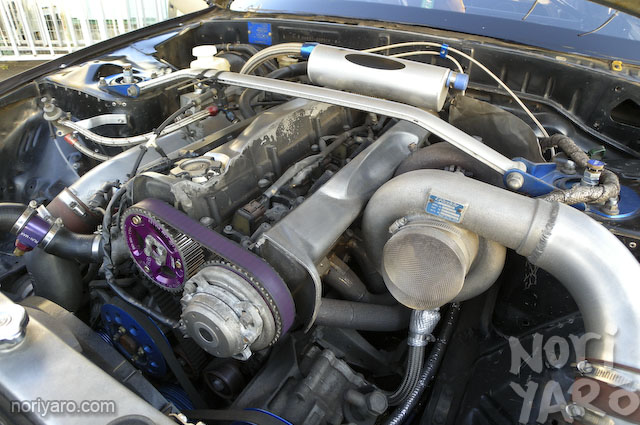 That’s an externally-gated T78, and it sure sounded good. 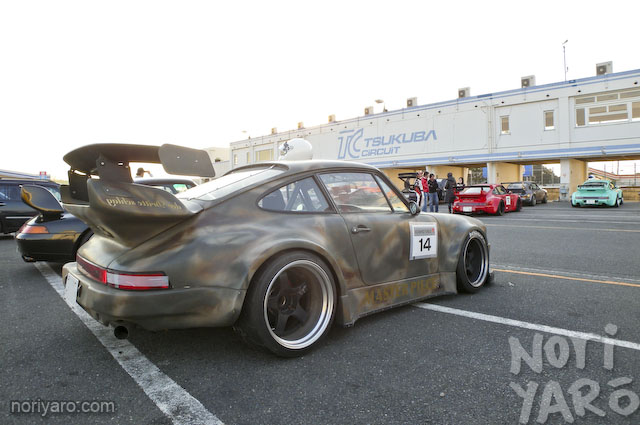 More action from out on the track tomorrow!