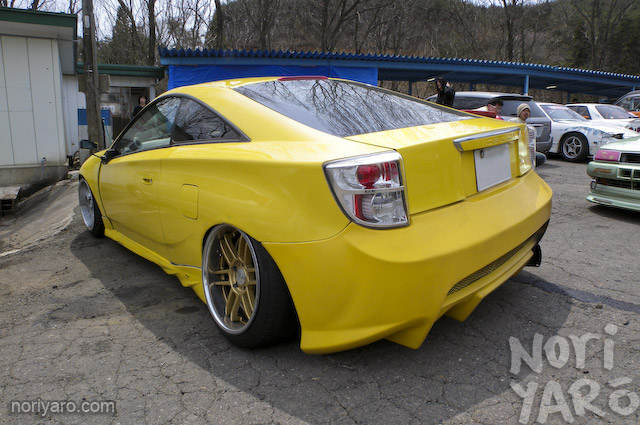 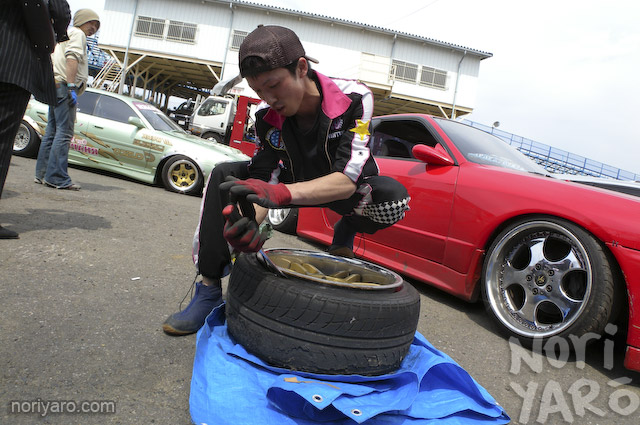 Here’s the guy who owns it, Kawashima-san. Since the wait for the tyre changer at this time of day at Matsuri was about an hour long, he decided to flip over the tyres using some tyre spoons instead. You can see what sort of tyre wear he gets running the camber he does!

Before we get to the next photo, I suggest that anyone who is a mechanic or has anything to do with automotive engineering or safety scrutineering at all, please close this post immediately and do something else. Go write on Facebook or something. 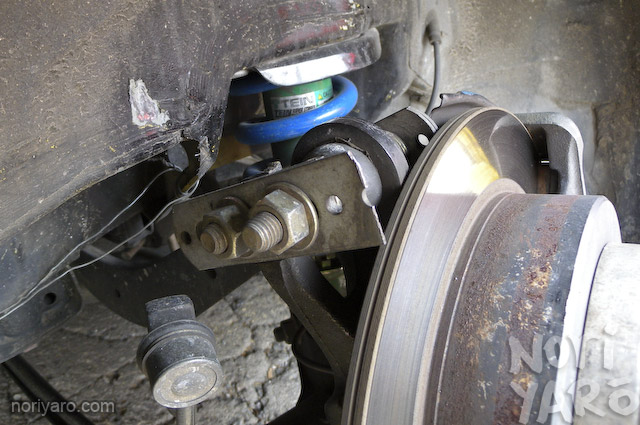 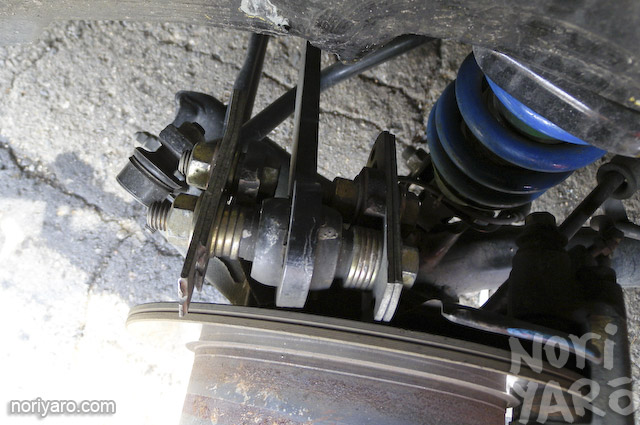 Washer spacers and everything. 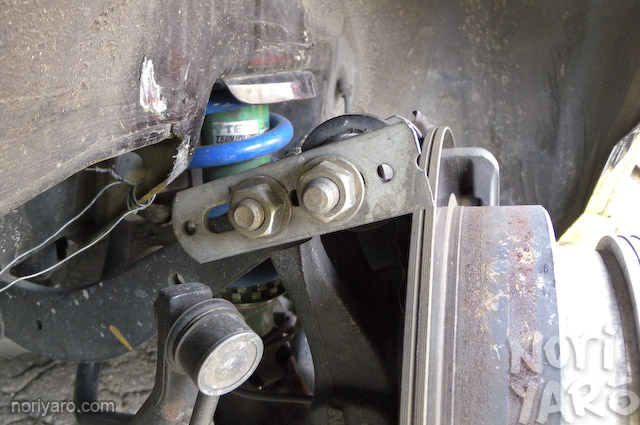 Seriously, was that piece of strap pulled from the bin? I think people use the same sort of stuff to mount shelves. 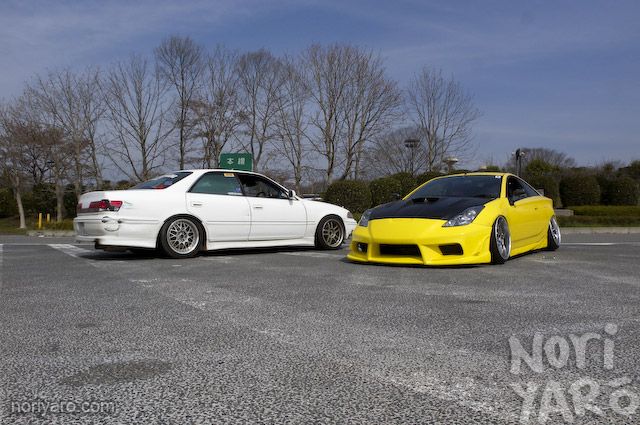 The night after Matsuri ended, I tried driving home on the expressway, but fatigue and an ever-increasing headache made me spend the night at a parking area. I had parked in what I thought was a fairly empty part of the parking lot, so I pulled out a bunch of wheels from the car and stuck them on the pavement so I could recline the seat properly. I woke up in the morning to find families awkwardly trying to park their minivans around me so they could walk their dogs and buy icecream and whatever else it is normal people do.

Anyway, as I packed up and left, I saw Kawashima-san parked off to the side, so I stopped and had a chat.

It turns out that he used to do a lot of time attack and gymkhahas, which is why the car had been supercharged. In the search “for the next 0.1 second” as he put it, he started pulling the handbrake to get the car to turn faster.

Sliding around seemed to be a lot more fun than trying to get a better time, so he changed the focus of his Celica from grip to the small clique of FF drift.

“There’s lots of these overseas, but I bet nobody else FF drifts them, do they?” he asked.

Say what you will, but it looks incredibly mean out in regular traffic.

This is a good example of why Japan’s car people are so awesome. It makes no sense, but it’s fun, so they do it.