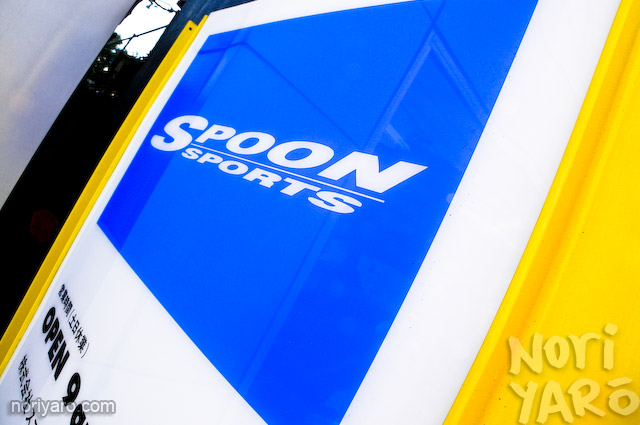 After the Tomei pics yesterday and the Mine’s ones a couple of weeks ago, you might be wondering why I don’t take more photos and do a proper report on all these places.

It’s mainly because I was usually translating/calling the bus driver/confirming photoshoots/sheepdogging people around/making sure we weren’t late/lots of other stuff at the same time. For a proper report, Aussies can check out the next and final issue of Auto Salon Magazine.

So, this is the inside of the Spoon workshop. They basically get in parts, mod them to spec, and send them out.

In the foreground is a standard RB26 conrod, and behind that is a standard titanium alloy C30A conrod from an NSX. It’s so lightweight and pretty that it makes the RB26 part look like a piece of junk. 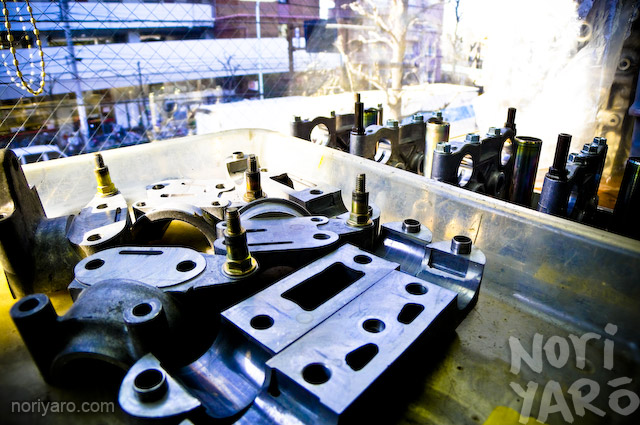 Most of the parts that Spoon use are actually carefully-inspected second-hand parts. It makes the end result cheaper, but they said you can request brand-new parts if you want.

A short drive away from Spoon Sports was Type One, the workshop where Spoon cars go together.

They have this nice long laquered workbench with lots of memorabilia and parts on it. 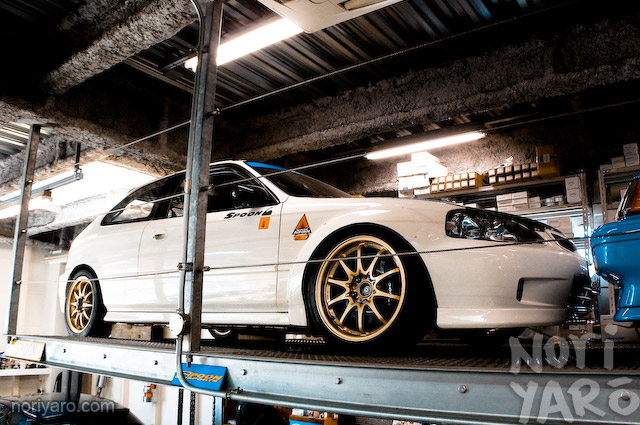 Those CE28s look great, but what’s wrong with the rear suspension?

Space is at such a premium that the car is hanging over the edge of the upper catwalk! The chassis is sitting on wooden blocks though, and the front of the car is chained down. 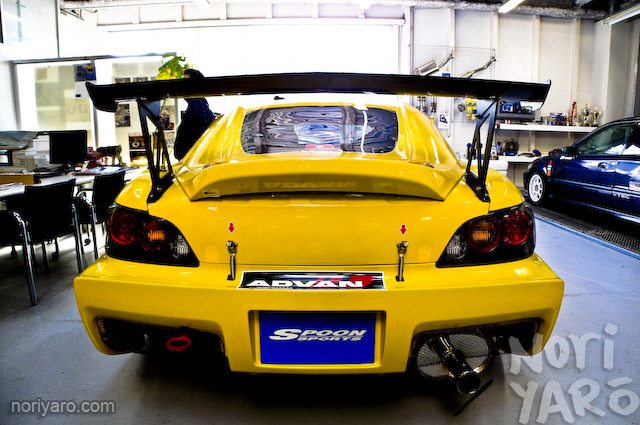 Nice. Maybe with a different exhaust though.

Now there’s something for the pool room (Australians can laugh here). 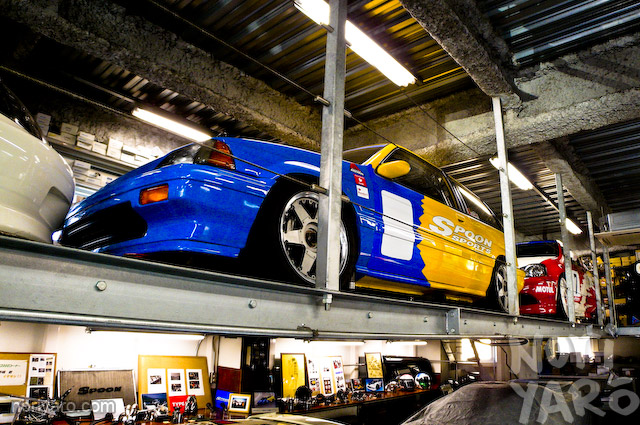 I’ve always liked high-revving old-school Civic grip cars though. Shall we have a good look at this one next week then?