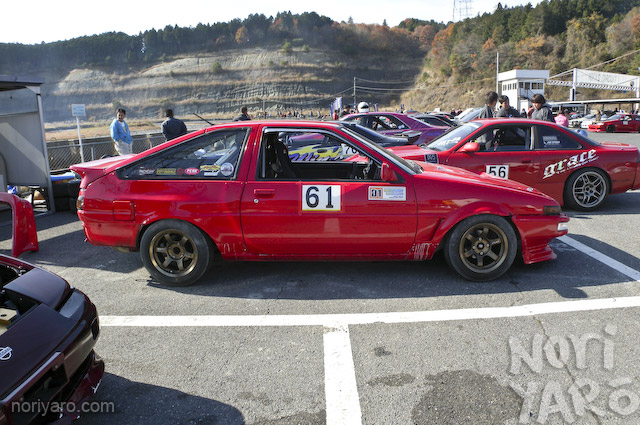 Again, I know nothing about this 86 apart from how good it looks. 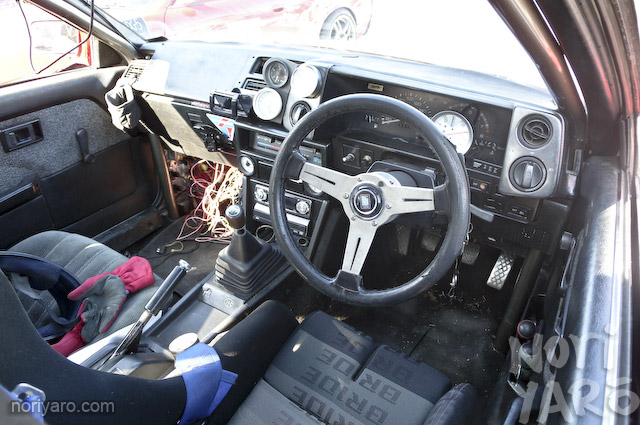 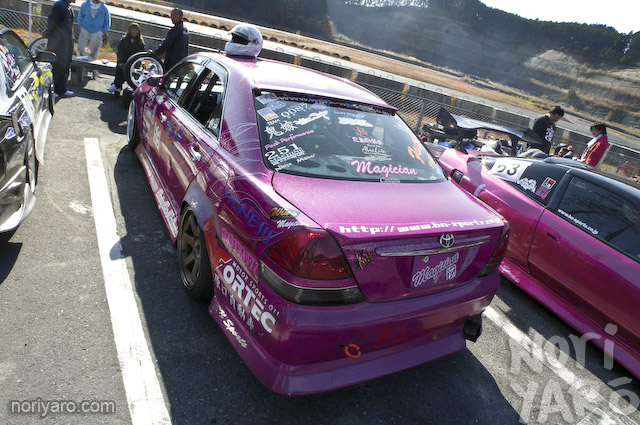 Magician’s Takamiya has been getting a lot better recently. 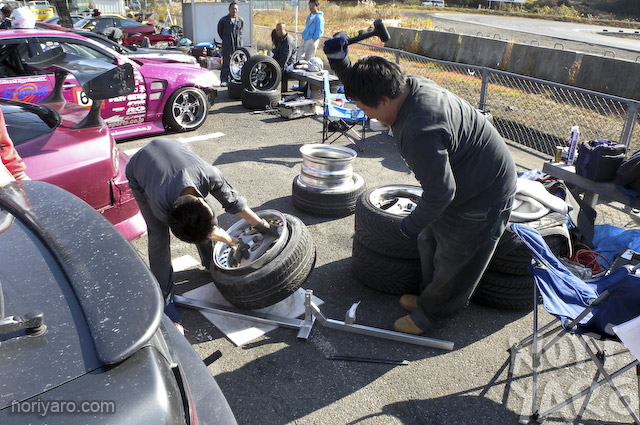 You don’t need a tyre machine if you have a bead breaker and a big mate with a rubber mallet.

Michiko was back from Nagoya again to try and earn a D1SL licence. 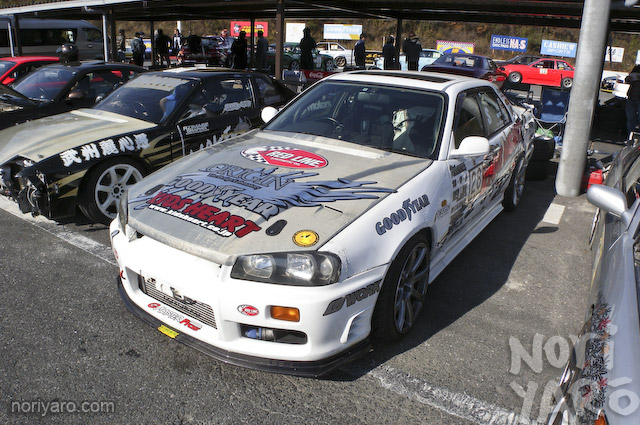 Rie came along as well. Even though it looks like it’s the other way around, Michiko is the one who works at Kids Heart, and Rie works at a local Autobacs Secoha store, which is more or less like Up Garage.

What my car should eventually be like. Masuda-san’s JZX100. He earned his D1SL licence at the end of the day too. 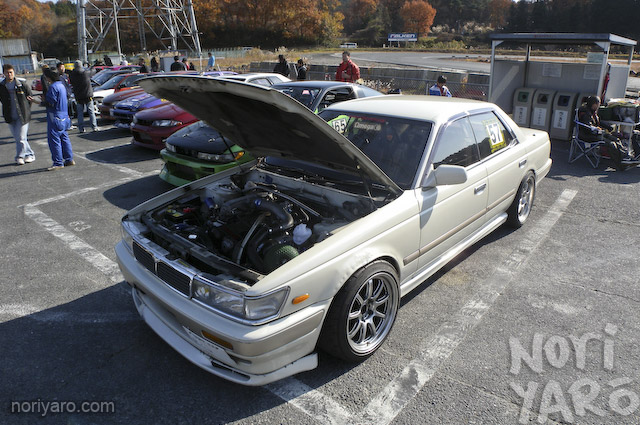 Pipe-rolled fenders are one thing, but doing it with water pump pliers never looks good. Nice RB25 though. 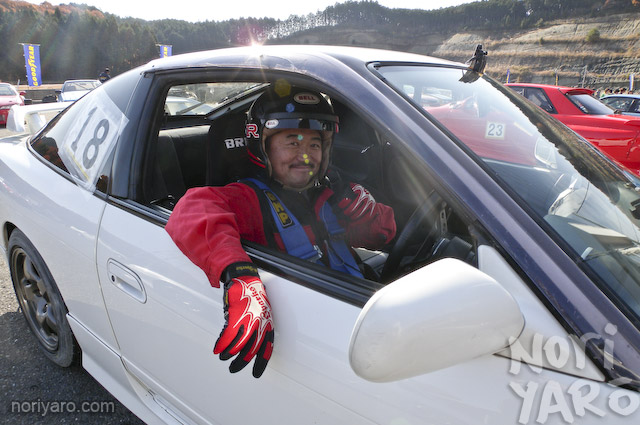 Bee*R’s Imai-san was competing too! It might have been hard for Tezuka and Tokita to judge their boss, but his driving sort of judged itself, really.

OK, so I promise to start featuring more girl drifters. 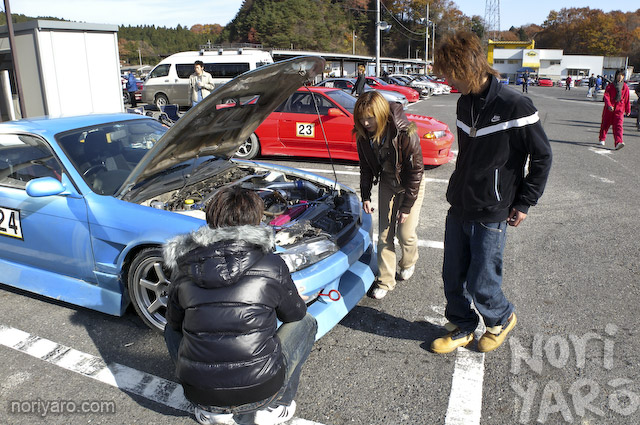 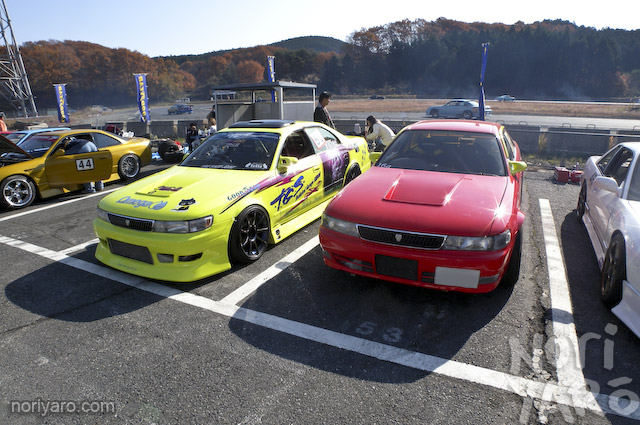 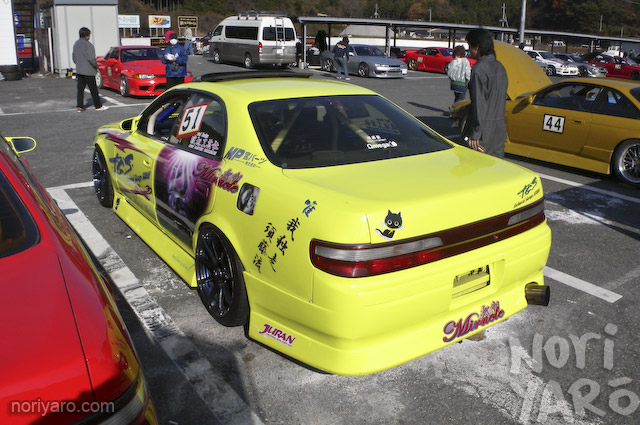 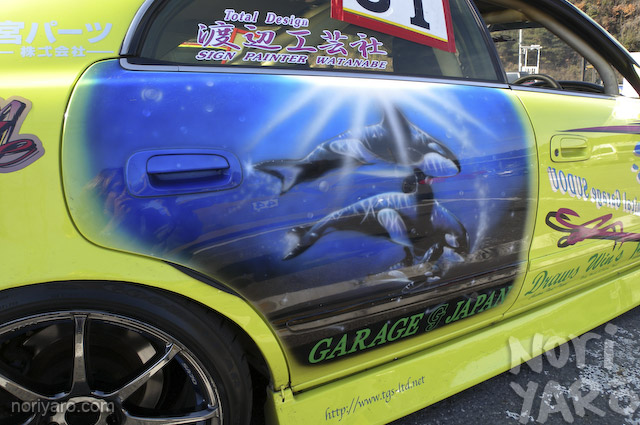 I don’t know how to feel about this door, but how can you say anything bad about airbrushed orcas?

The other side had dolphins on it.

Come to think of it, this is awesome. 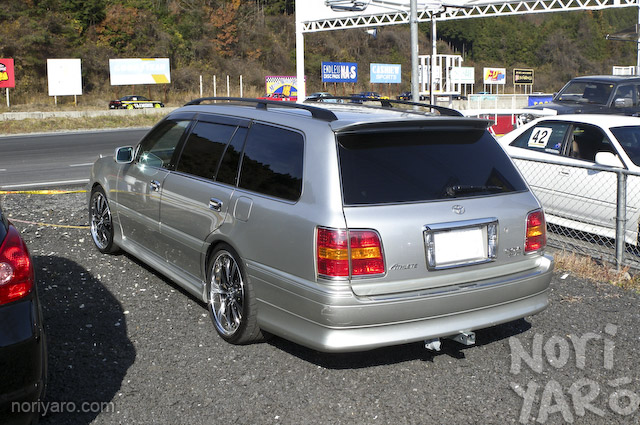 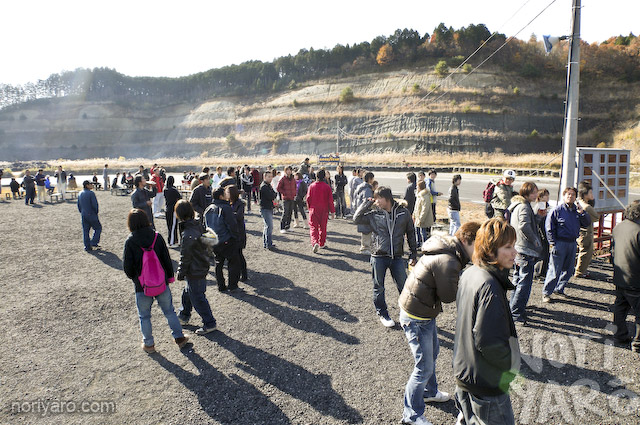 This is where I was standing for the second half of the day, as I didn’t manage to qualify! I just wasn’t feeling it that day. Next time then. Two-thirds of the field was knocked out after the first round, but at least we were able to drive in a “sayonara soukoukai”, which was a free practice session held before the main competition. 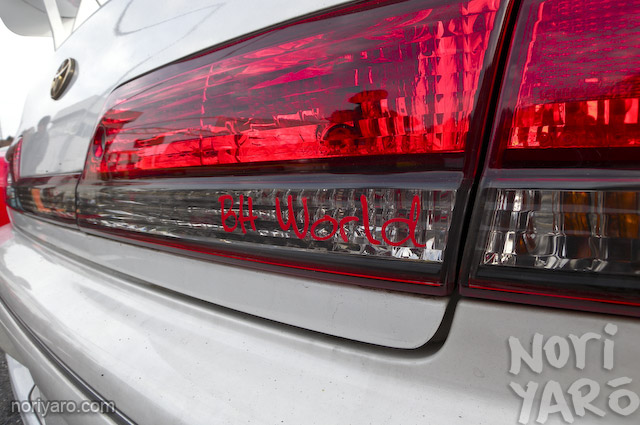 Here’s one for B. Harte. Stickers lovingly made with hate. I suppose you could get your own, if you really wanted to.