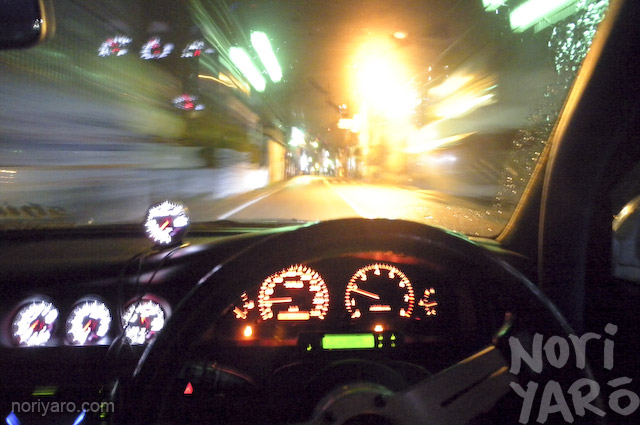 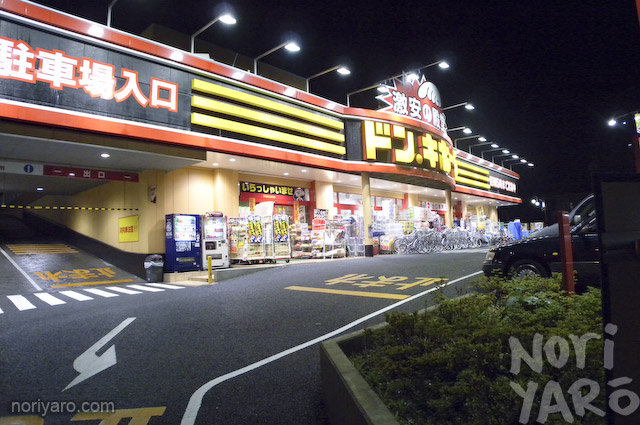 First stop was at a Don Quijote store for some food supplies for the weekend. Pretty much anyone who has been to Japan would have (or should have) visited a Don Quijote at some point. Exactly what “Donki” stores are kind of hard to explain, but they are pretty hard to walk out of without about 5000円 of stuff you didn’t even know you needed.

I bought a bunch of canned coffee, chocolate, instant ramen, instant yakosoba and things like that. You know, good stuff. 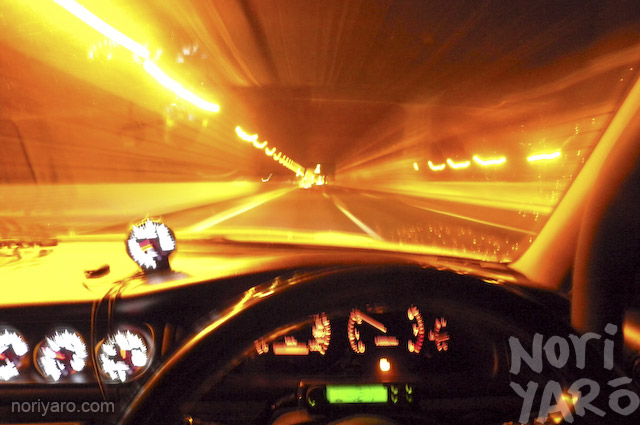 From then, it was on to the Tokyo expressway system’s tunnels… 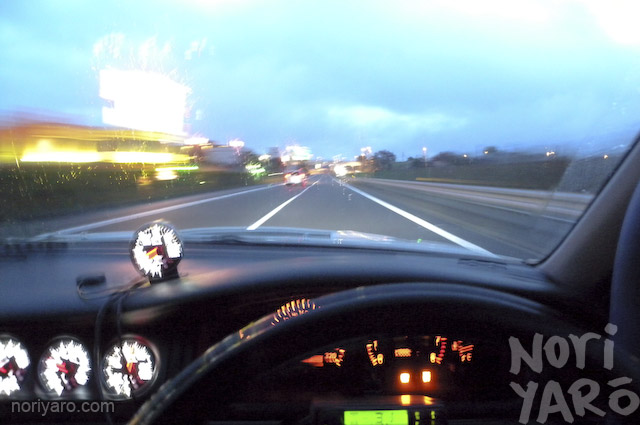 …and on to the Tohoku Expressway. 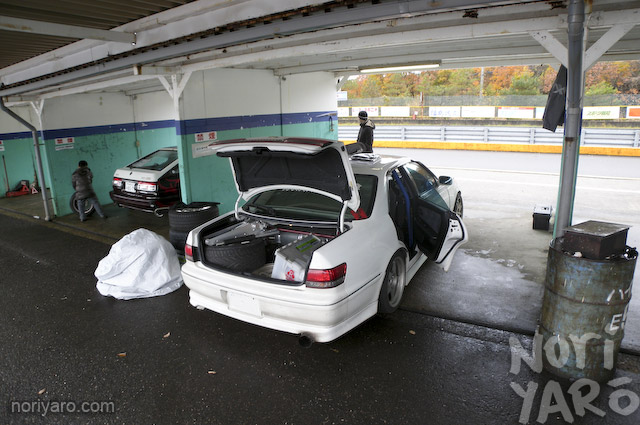 I arrived about half an hour after the gates had opened, but one of my friends kept a pit for me. 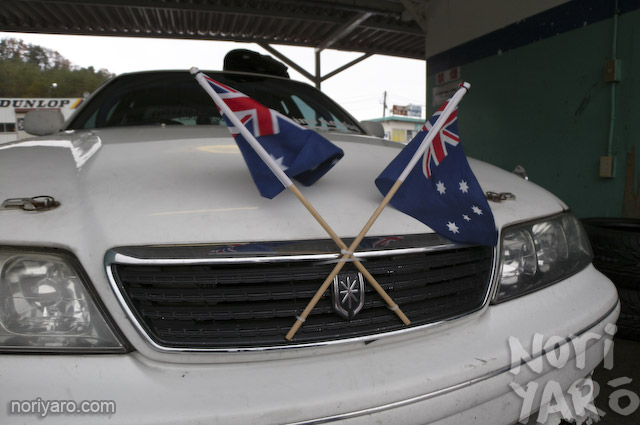 Last time’s “Mad Max” gaffer tape graphics seemed to go down pretty well, so I thought I’d better do something interesting this times too. I had brought these Aussie flags with me at some point, so I decided to make the Mark II into a “daitouryousha” or “presidential car”. 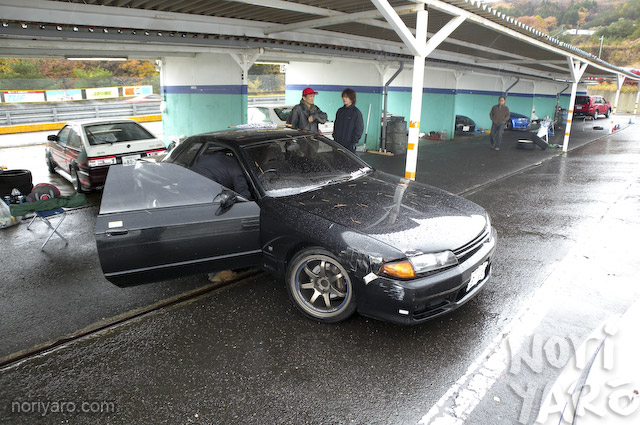 Does this look familiar? My friend Shino brought my old R32 along and drifted it all weekend. 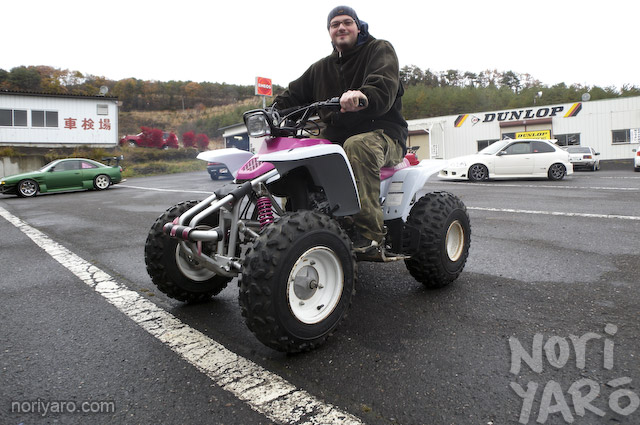 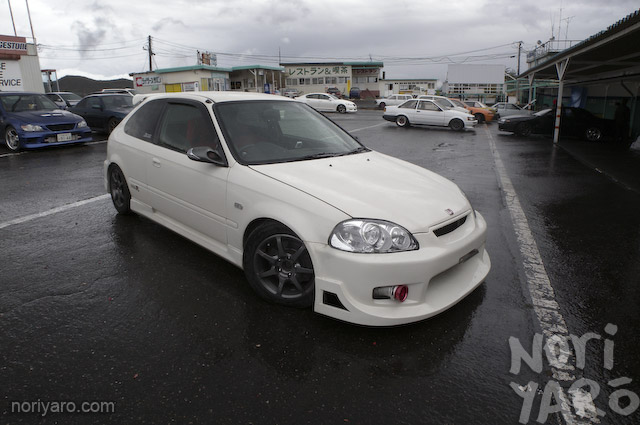 While Drift Matsuri is mostly about drift, a lot of the drifting drivers have grip driving friends, who come along and drive the east and west courses at night, when they are closed to drifting but open for grip racing.

I saw this one happen in my rearview mirror. American drifter Jim was going just a little bit too hot on the downhill on Higashi and broadsided the wall after spinning out. Unfortunately, it bent the hell out of his LCA and tie-rod, so that was the end of his fun. 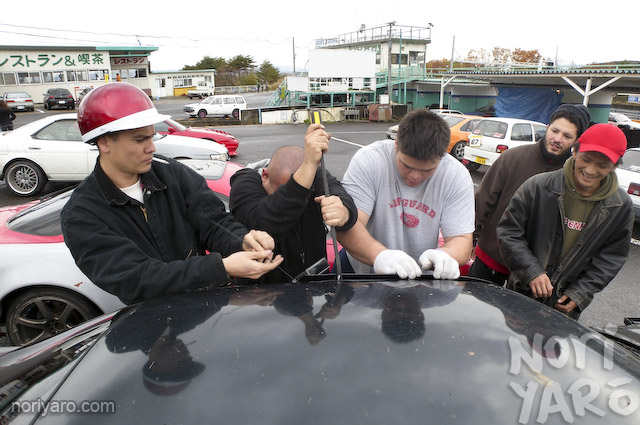 Unfortunately, due to a combination of various broken door handles and locks, he also managed to lock his keys inside his car as well. What a kick in the nuts!

There’s nothing suspicious-looking about this scene at all, is there? 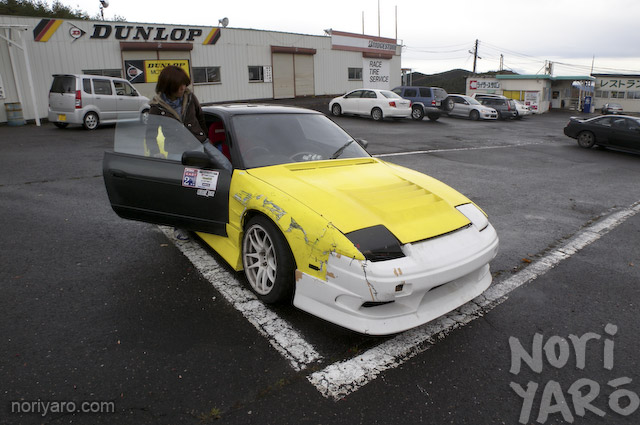 Kiirochan was there of course.

“I should hurry up and make my car pretty again.” she said. 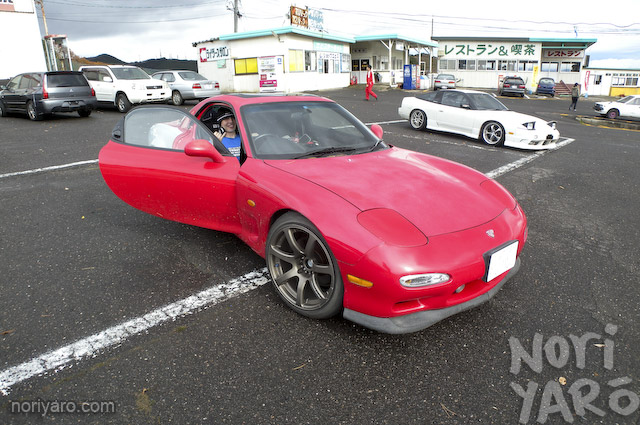 Here’s another Aussie named Christian, who lives in the middle of nowhere in northern Japan and teaches English. He’s also extremely handy with a Pacemaker portable DJ mixer, which is what I think he’s playing with in his FD instead of drifting it.

When I was down at Ebisu Circuit a couple of weeks ago, Powervehicles’ Andy had brought up the idea of having an informal gaijin drift competition on the short course layout on the Nishi track, since there were going to be so many foreigners driving at the event. 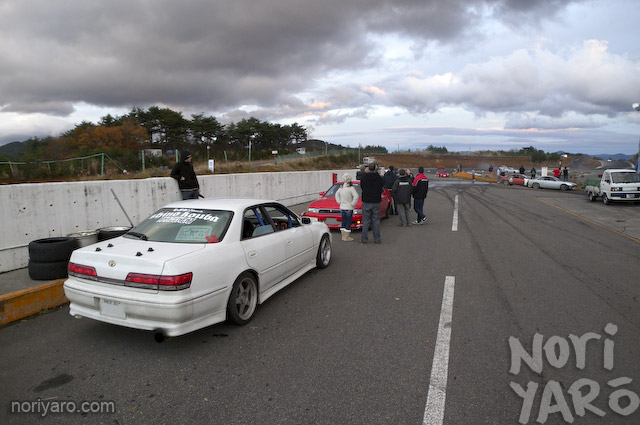 I had never tried that particular track layout before, so I headed down to the Nishi Course on Saturday afternoon, when the track was scheduled to be reconfigured. 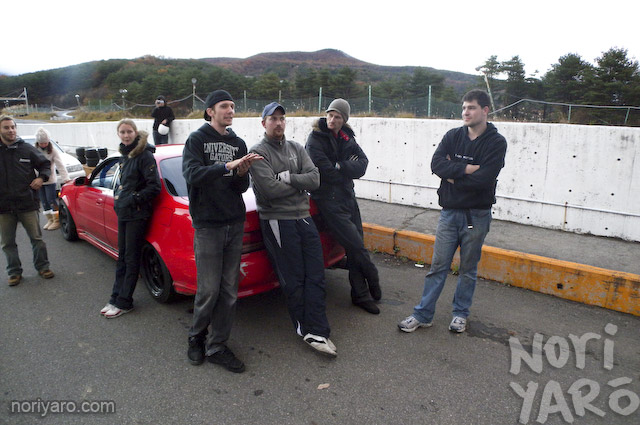 It turned out that Andy had mentioned the idea to Kumakubo, who took it and ran with it. Not only was it going to be an officially-run event, but OPTION was going to come along and film it for Drift Tengoku DVD! 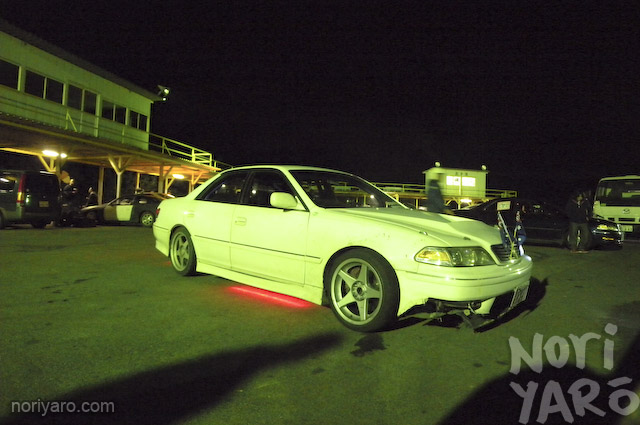 Of course, one of the best parts about Matsuri is night drifting!

Yes, my car has underbody lights. They’re multicoloured LEDs, so they can do all sorts of colours and patterns, and flash in time with music.

Something that was a bit disappointing was that Ebisu didn’t run the traditional beef spit roast that they usually do! After a quick trip into town for some meat, we had a barbeque in the Higashi pits. 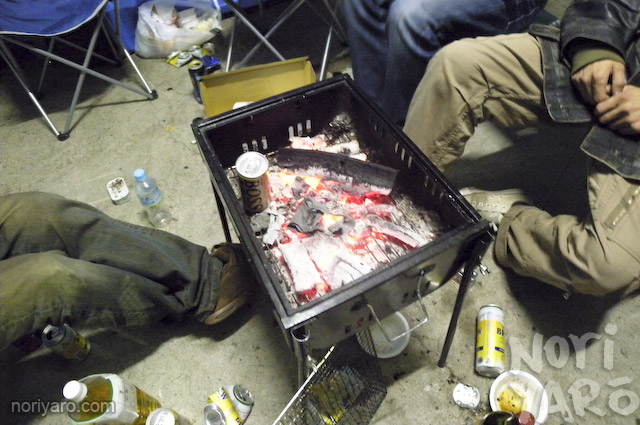 Thankfully, it wasn’t too cold this year, but sitting around the barbeque was still nice and toasty. I threw in a can of Boss coffee to heat up, which actually worked really well.