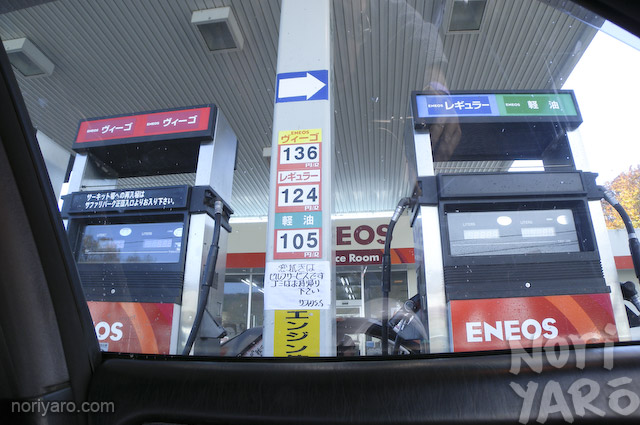 All the gas stations around Nihonmatsu are quite expensive, including the Eneos just outside the gates of the circuit. I heard they ran out of high octane later on the second day though. 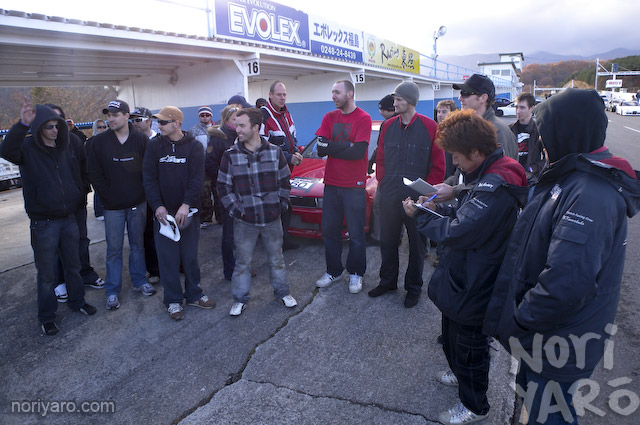 I spent pretty much all of the day drifting on Higashi and Minami, and didn’t really pull out my camera, so this photo is from about 3:15PM, when we had the drivers’ meeting for the first official G1 Grand Prix, “G” standing for gaijin!

A couple of weeks ago, Andy Grey from Powervehicles had suggested that since there were going to be so many foreigners attending the event, we should have a little informal drift competition on the short-course layout of Nishi Course, the same track they use in D1 Street Legal.

He had mentioned this to Kumakubo, who not only made it an official event with trophies and prizes, but called up Drift Tengoku DVD to come out and cover it! 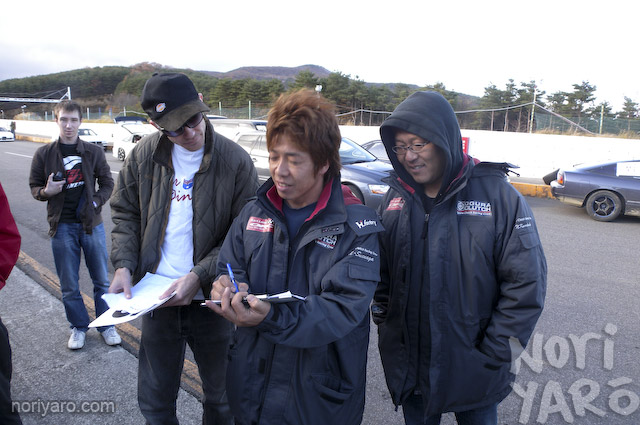 Kumakubo and Suenaga were to be the event judges.

Here, Aniki Suenaga transcribes everyones name from English romaji characters to Japanese katakana. The majority of drivers were from Australia, but there were also Americans and New Zealanders, as well as one Dutchman.

Nothing says “Aussie” like a kangaroo sticking out of some Hard Yakka coveralls. 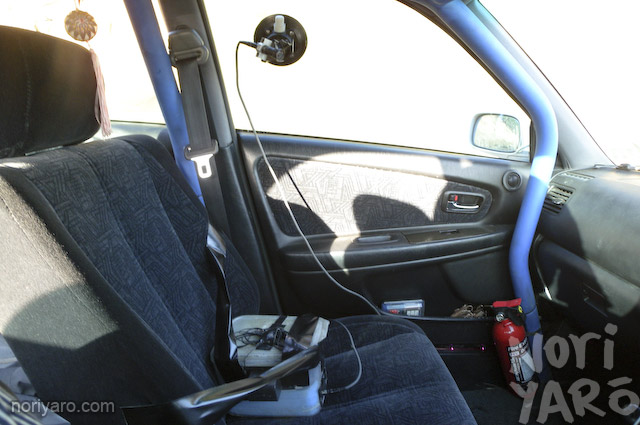 Now this is cool. The Drift Tengoku crew set up an in-car camera in my Mark II.

We were all given three qualifying runs, and the best four would run battles. The final qualified were myself, Dutchman Paul Vlasblom and Australians Linden Reynolds and Ben Purtell.

Unfortunately, I choked my following run against Linden, so the final was between him and Benny, which he managed to win! Yeah, tandem is something I’ve done almost zero of in the JZX100, since all the competitions here rely so heavily on solo performances. More practice is required.

All Aussie podium! I wasn’t able to take a photo, obviously, so here’s a pic taken by Kumakubo. 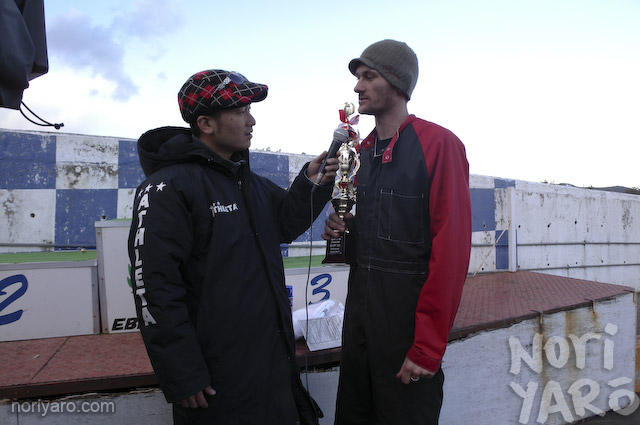 Here’s Linden being interviewed by the Drift Tengoku reporter, Bandoh-san. I hope my start-line interview was interesting enough to make it in, since I spoke it all in Japanese. 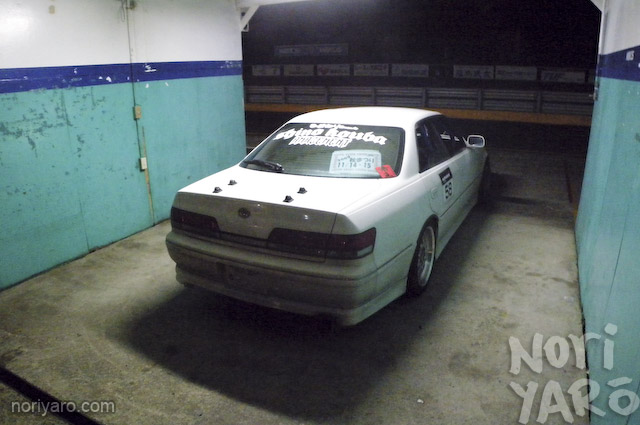 All packed up, and ready to go home! Matsuri is awesome…