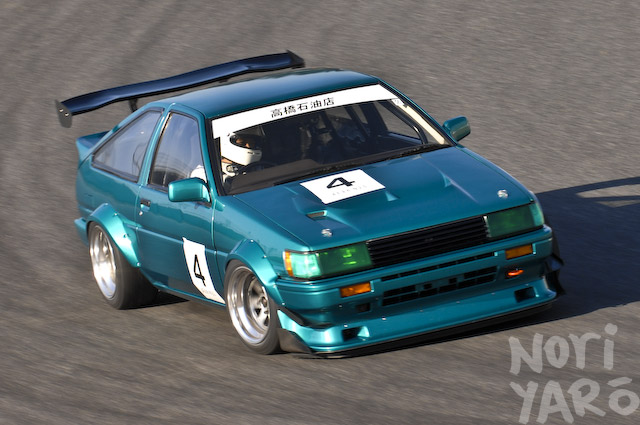 The second-fastest car in the race was Yoshifumi Takano’s Levin. I hope I got that right, because I’m not too sure about how to read the kanji in his name. The bright teal hatch did a best lap time of 1’02.819.

It should be noted that there was barely two km/h variation in the average speed of the top three finishers, and only seven seconds difference over the finish line of the ten minute race. 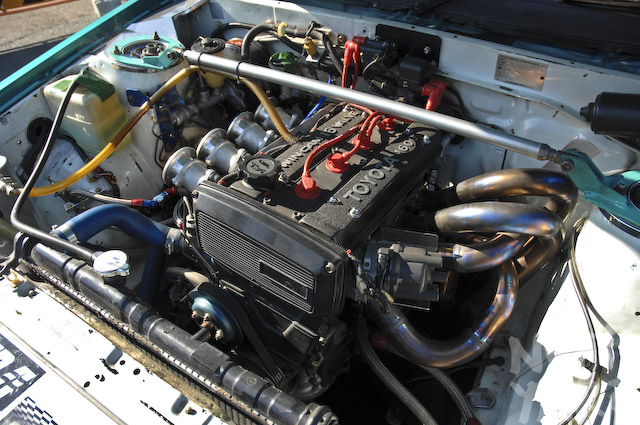 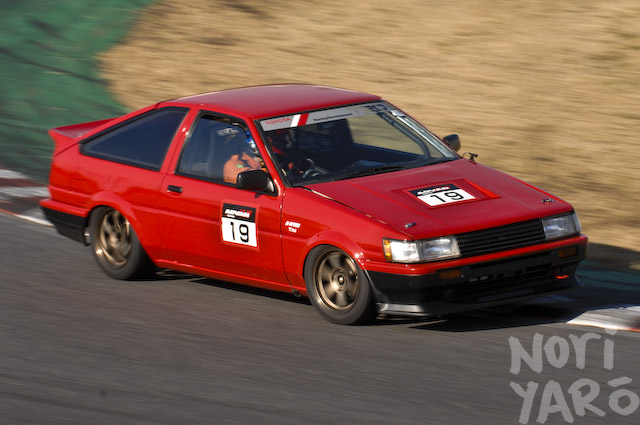 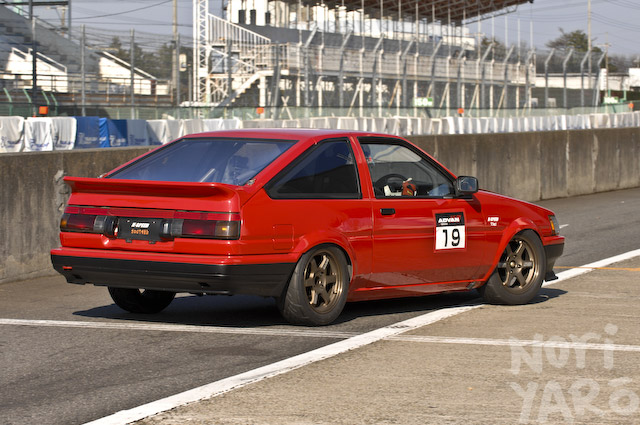 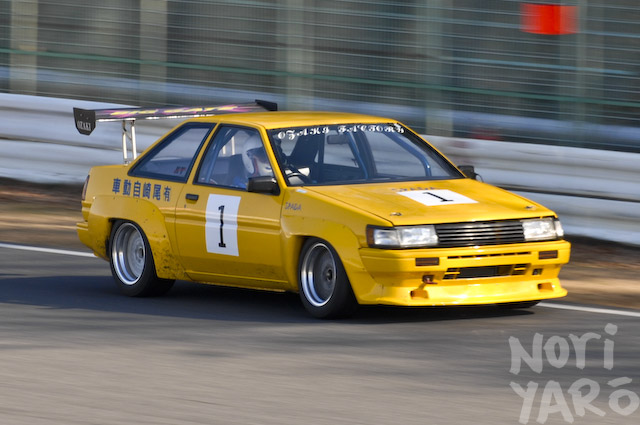 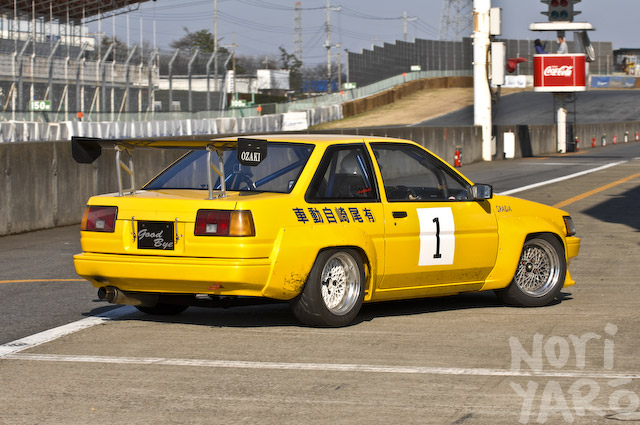 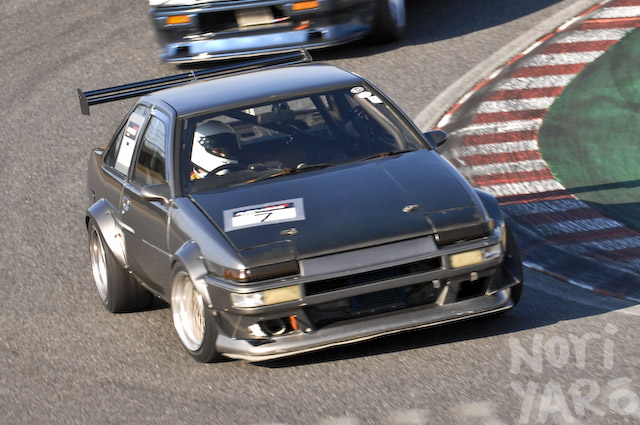 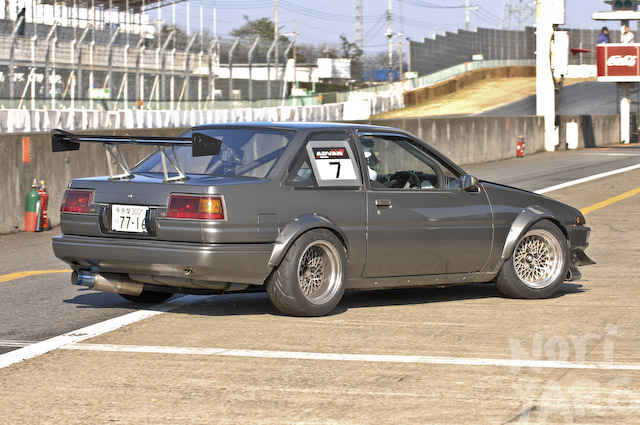 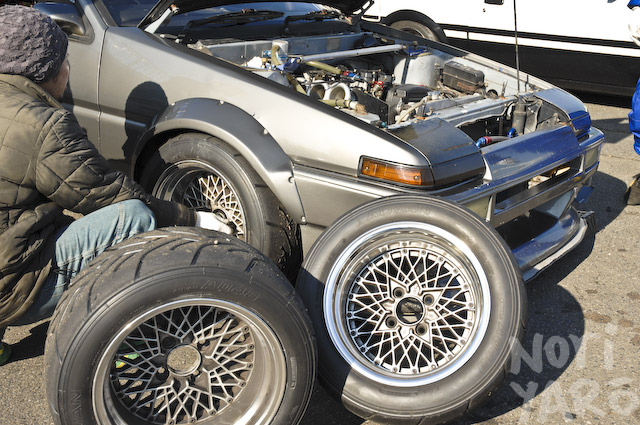 That’s a nice wheel collection there. 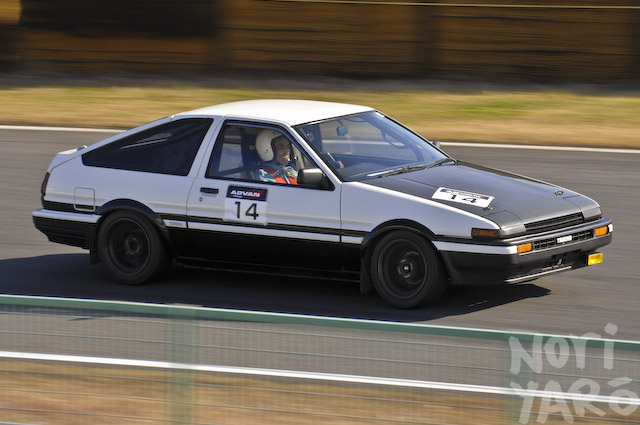 Art imitating life? Either this guy was an old friend of Shigeno Shuichi that lives out in Gunma somewhere, or he’s taking the whole Initial D thing a bit too seriously.

Check out the carbon bonnet, fog light, the bored expression… 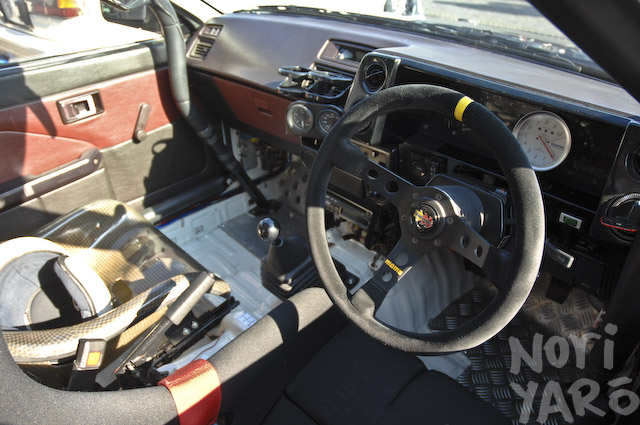 …tacho, cup holders, and mounting of the gauges below them. The lightweight carbon-aramid passenger seat is worth a mention too. 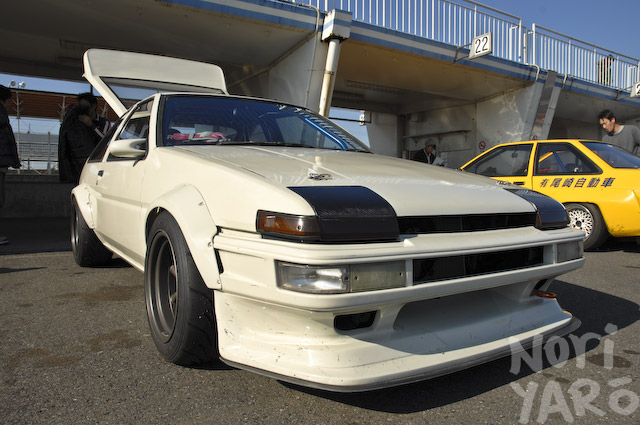 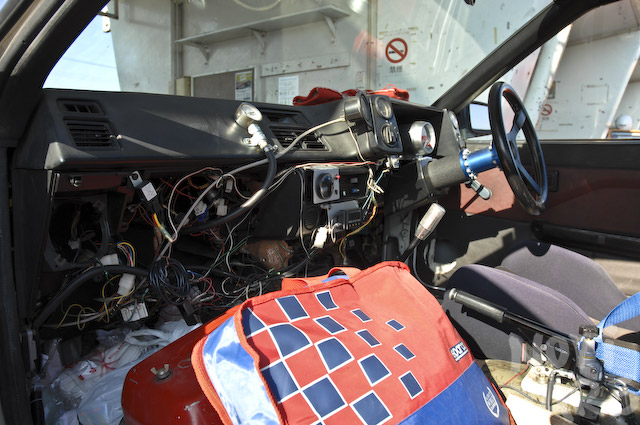 The mysterious and legendary art of Japanese automotive wiring. 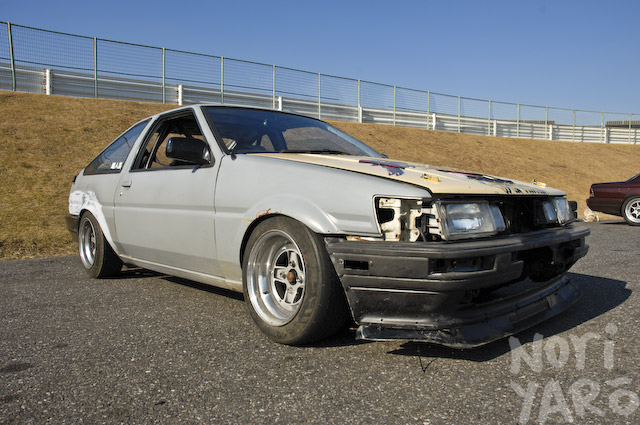 Just for fun, here’s a busted old drifter on Mark IIs, just the way we like it.
The bonnet colour should make it pretty obvious what car it used to be on. 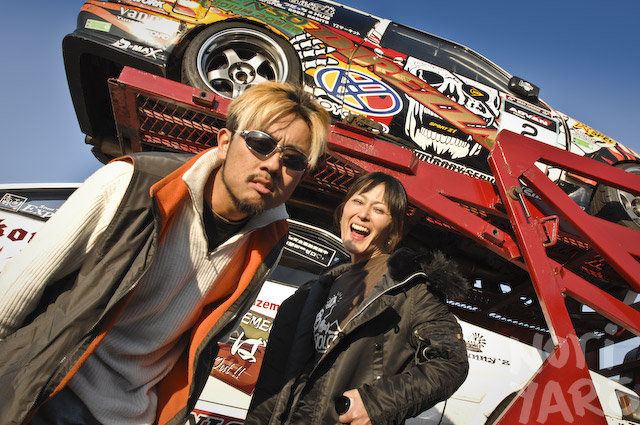 Hibino says: “Who the hell are you?”