The weather was less than agreeable, but a bit of rain can’t stop drifting, even if it’s at the fastest and arguably most dangerous track used on the D1GP tour. The big angles and hard braking seem from the inside and outside clipping points of turn two during practice and qualifying were some of the most spectacular, so of course that’s where I aimed the lens. 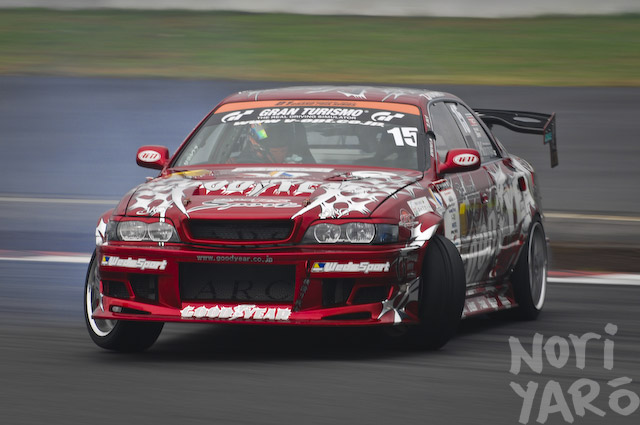 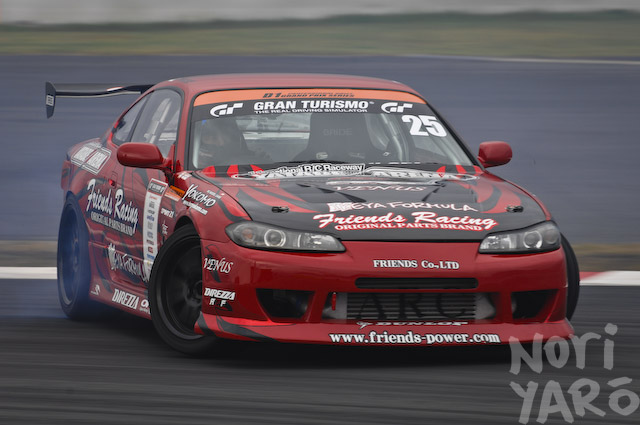 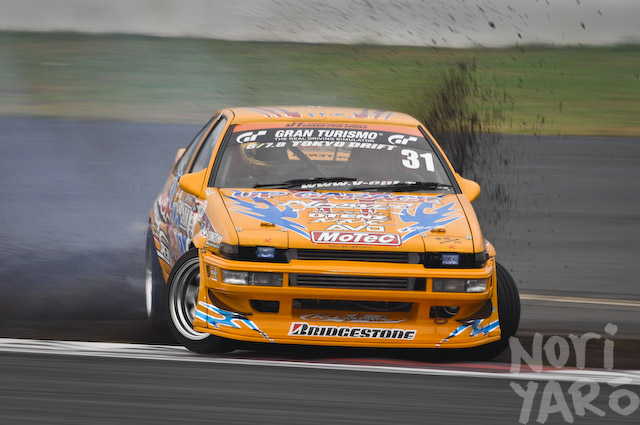 The small strip of grass on the outside of the corner was quickly turned into a patch of dirt. 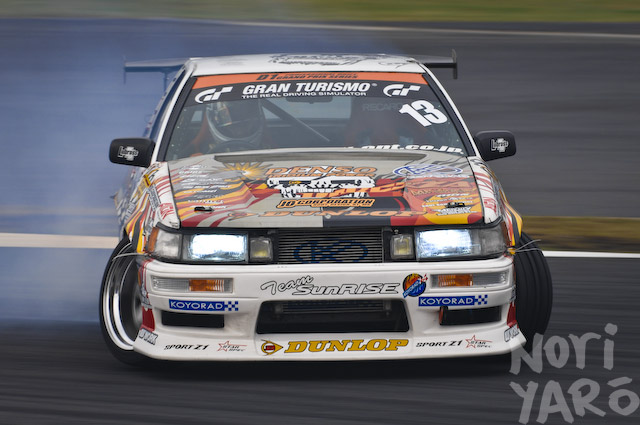 Hibino was always early on the accelerator. 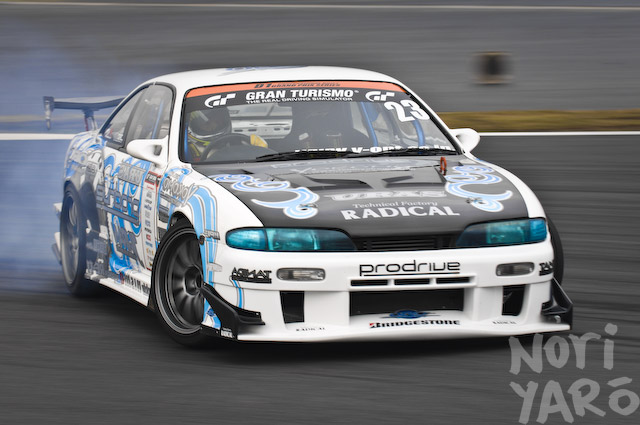 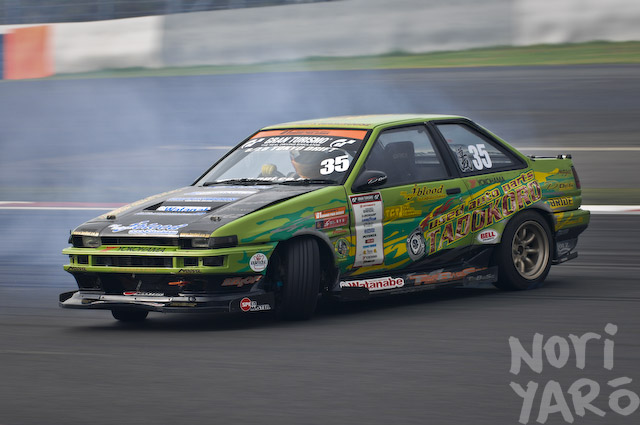 Tadokoro was constantly pulling ridiculous angles in his retromodern 86… 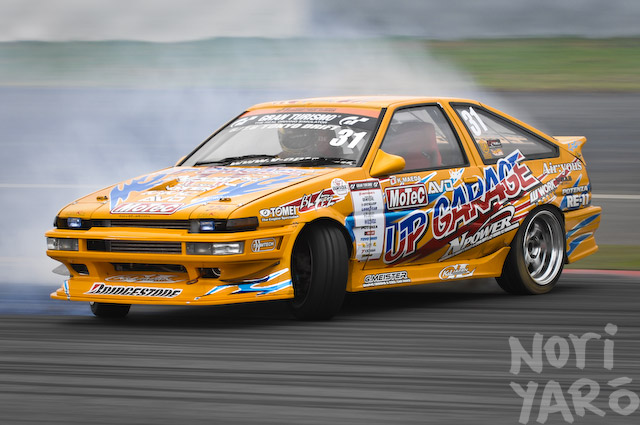 …as was Ken Maeda, in one of the last remaining original D1 AE86 cars. 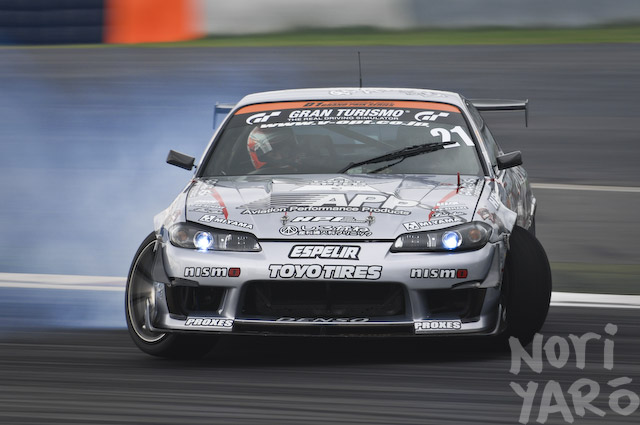 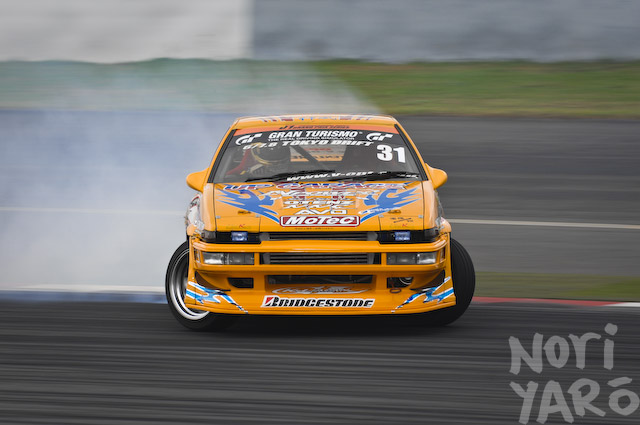 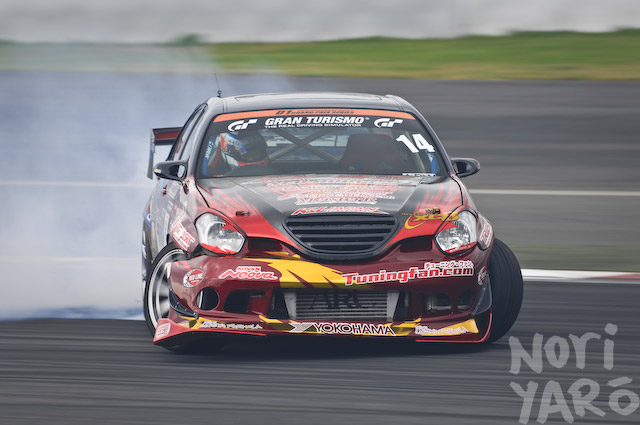 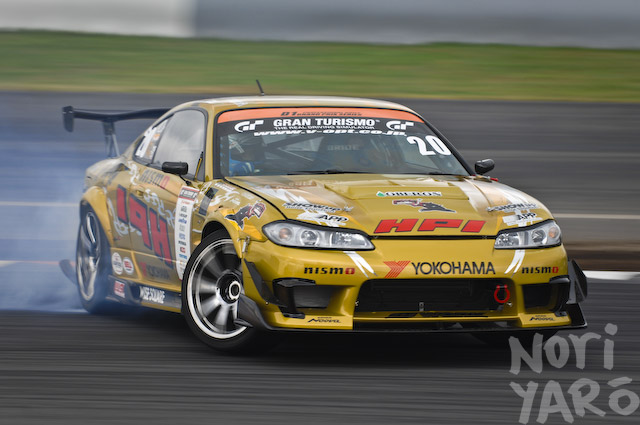 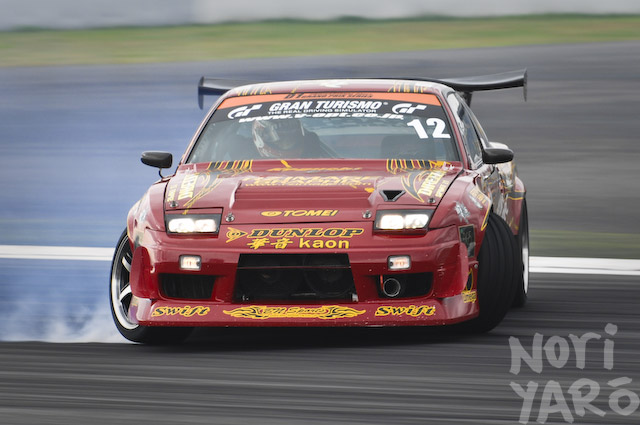 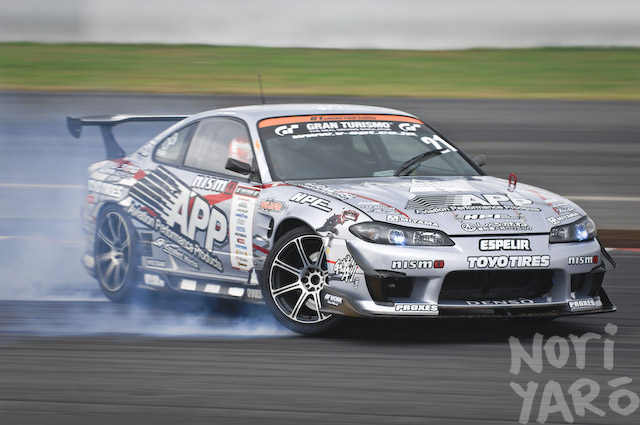 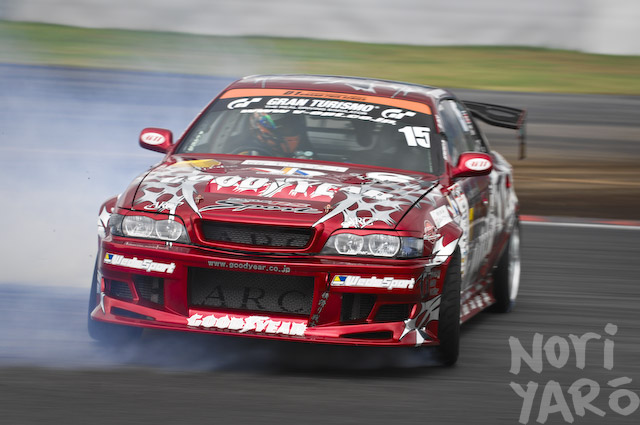 No, Kunny didn’t pull this one off. 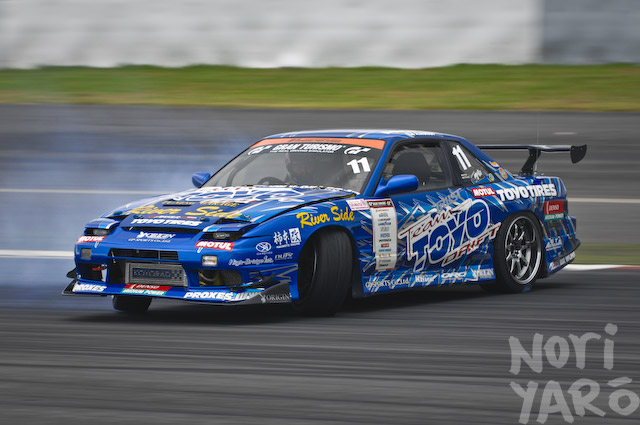 Back at the first D1GP held on the reverse Fuji track, Kuroi was one of the first to pull off huge angles, and has never looked back.

Tadokoro’s car has a 13B turbo rotary, just to annoy all the 86 fans out there. 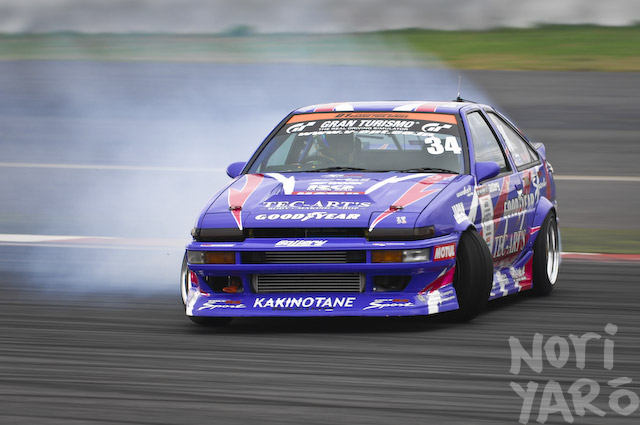 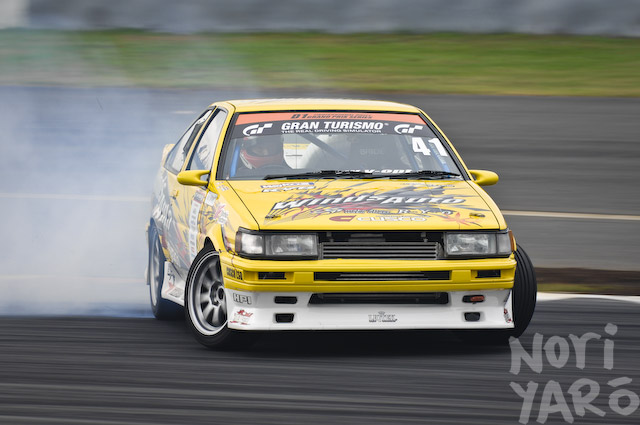 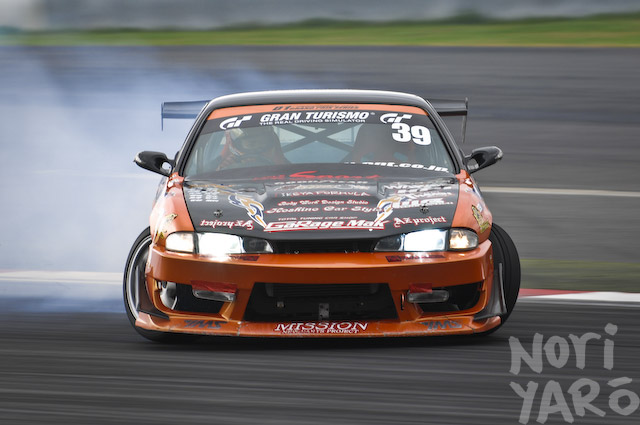