Remember I mentioned an upcoming “Wagon vs FF” event back in this post? Here’s a little video from that day that any Stagea fans should enjoy.

The background music is sung by comedy group “The Drifters”, and is the closing theme from their popular family TV show that ran in the 70s and 80s called “Hachiji Dayo! Zenin Shugo” (It’s 8 o’clock! Let’s Get Together). 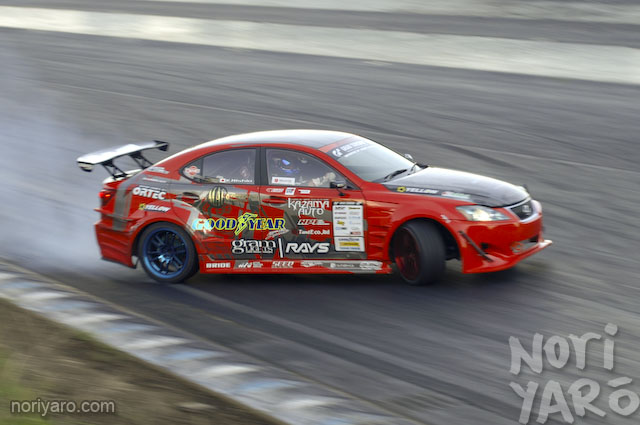 Remember that guy in this post who started drifting in the pits of the Hellaflush event at Fuji Speedway? I think this may have been what set him off.

END_OF_DOCUMENT_TOKEN_TO_BE_REPLACED

Here’s yet another video to look forward to from Hoon Media’s Mark Boxer. Have you ever wondered what it might be like to own and drive a Hakosuka outside of Japan? Here’s a guy who has done it!

While you’re here, do us a favour and visit the Motorex video competition page and click “like” on the video Boxer made for the event. If he wins first place, he’s promised that the prize will be put towards coming back to Japan and making more videos like the ones of the 1JZ Meeting!

WEEKEND EDITION: The other side of the law

Remember back in this post that seemed to show that white JZXs are over-represented in police chases in Japan? Well here’s another one from the TV show “Police 24 Hours”, which is sort of like “Cops”.

In this one, a stolen JZX90 Cresta, white of course, leads the police on a chase into the mountains.

END_OF_DOCUMENT_TOKEN_TO_BE_REPLACED

UNDERPOSTING, POSTING UNDER: What’s going on, and a video

Mitsubishi is now my favourite manufacturer, that being the maker of the air conditioner we have at the house. Japan is bloody hot right now!

This weekend is the Ebisu Circuit Summer Drift Matsuri. The trackside cameras should be working, so click this link and see what you can see. I’ll post a few “Noriyaro Mobile” pics on the Facebook page during the event as well.

Since I don’t have any new content yet, here’s a video of Scorch Racing’s “Under” Suzuki doing his best 1:31.4560 run. That would have given him second place in 2010, but still scored him a respectable fifth place this year. 新しい写真はないから、アンダー鈴木さんのワールド・タイム・アッタックの1:31.4560車載カメラビデオを見てください。