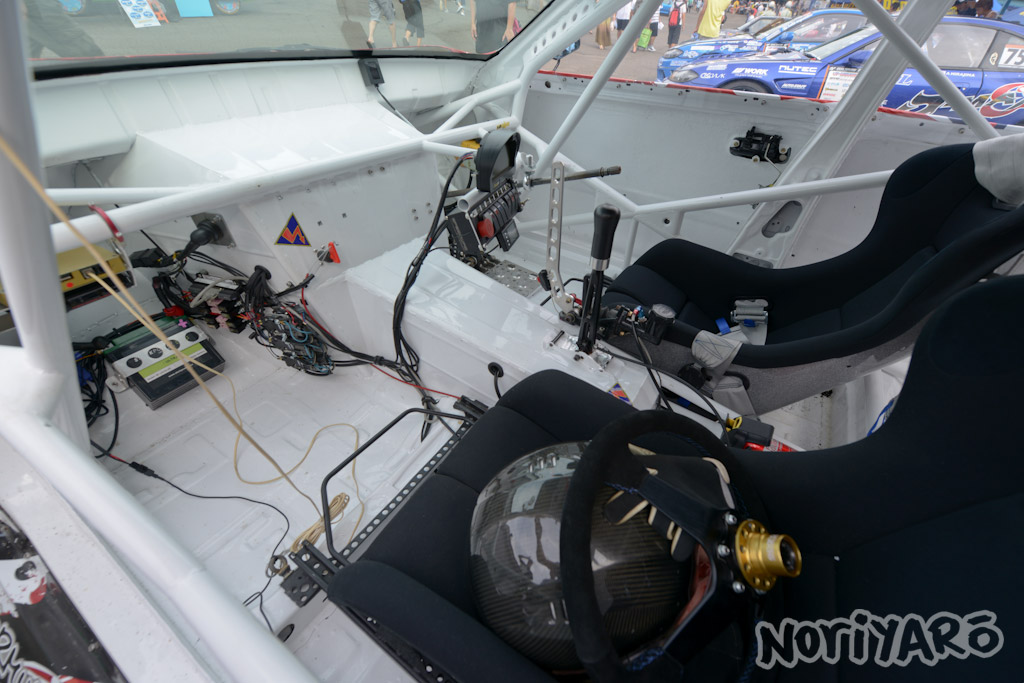 I think being around the more heavily-altered cars overseas has rubbed off on Daigo. The interior has a lot of custom sheetmetal to fit the rearward-mounted engine and gearbox. The position of the seat in relation to the b-pillar gives you an idea of how far it’s mounted back! 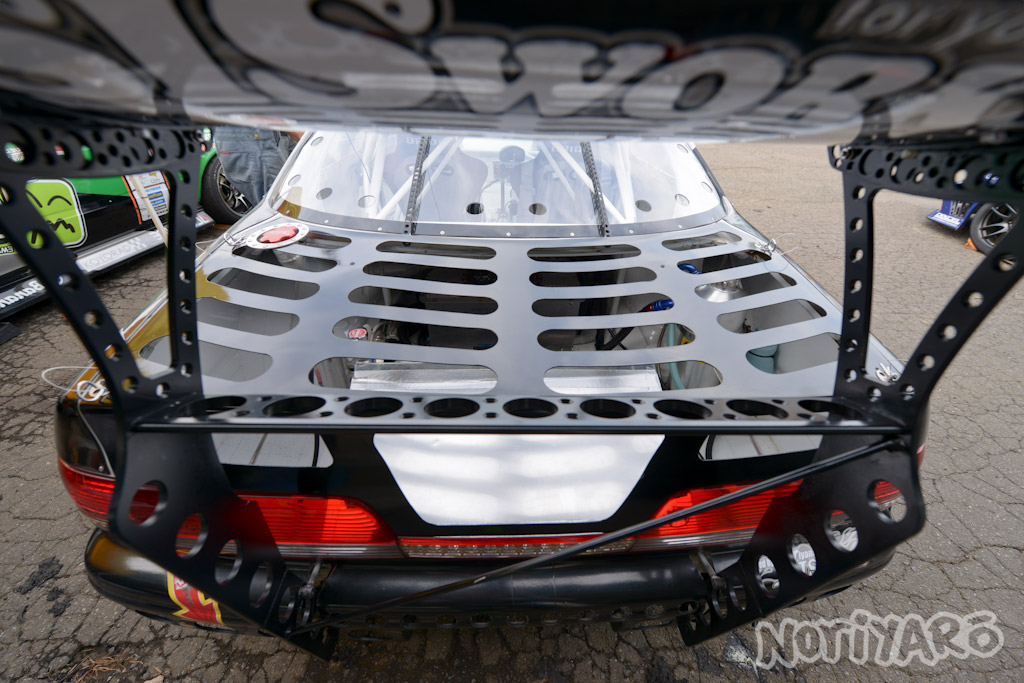 Is anyone here trypophobic? There’s not a whole lot making up the rear-end of the Mark II. Even the kouki tail lights consist only of the lens and nothing else! 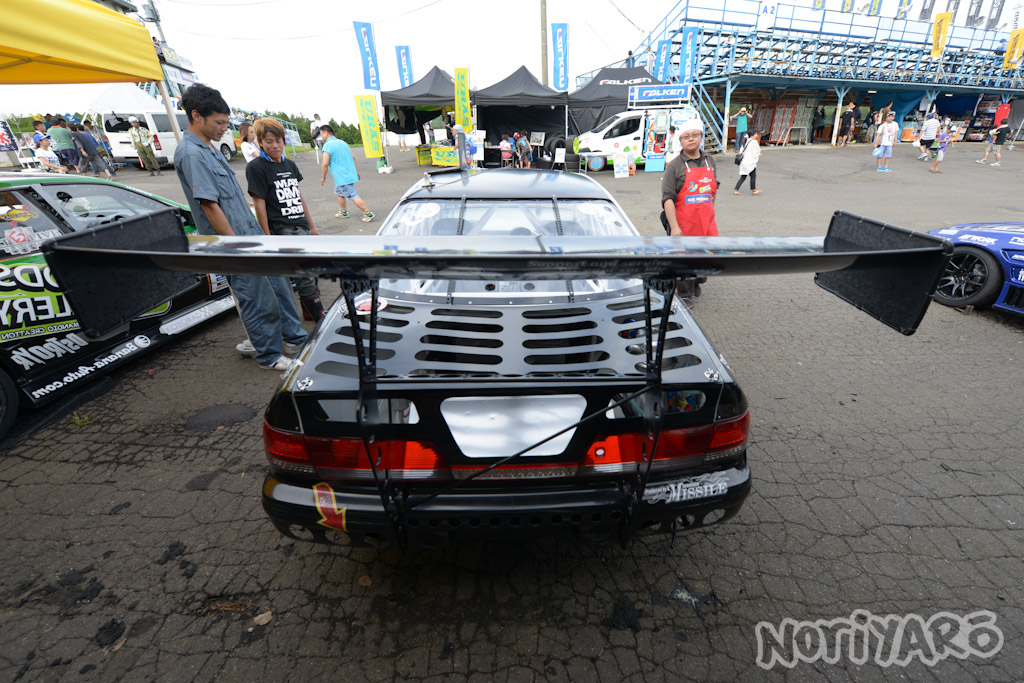 Daigo’s not giving up on his “rude wing king” title any time soon. 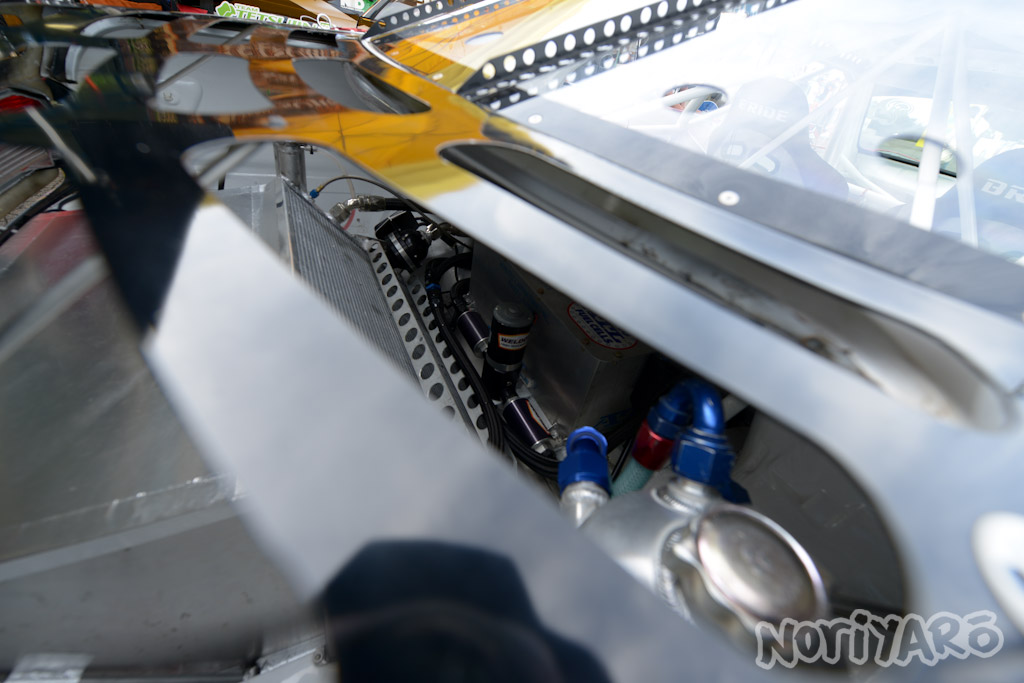 The fuel and cooling systems live in the boot in the standard fuel tank’s old home. 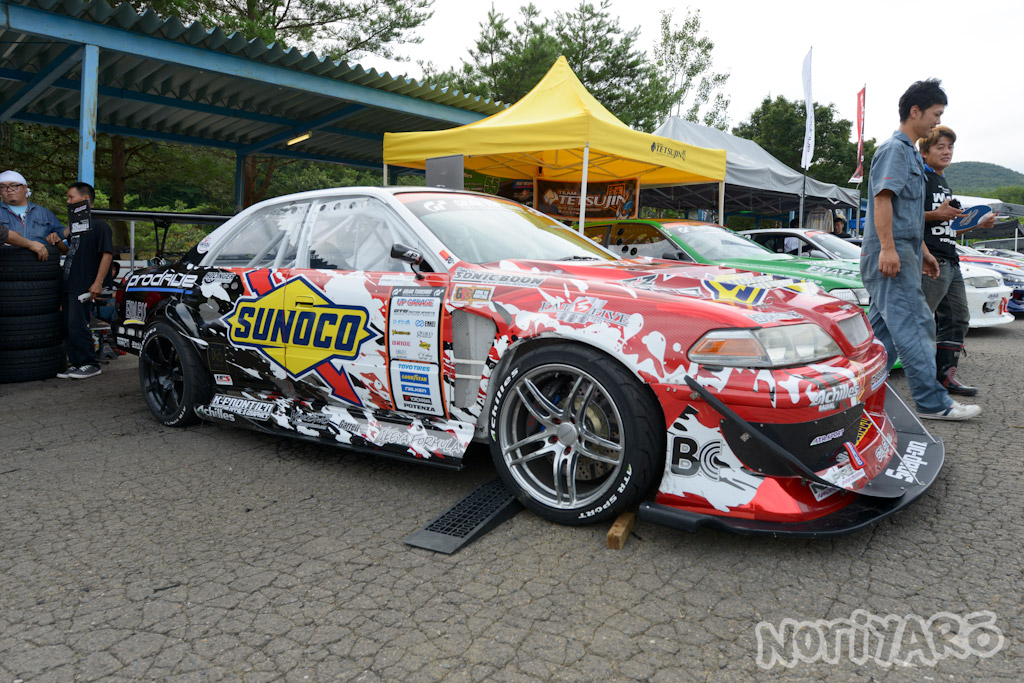 At least the car was able to retain Daigo’s signature red colour, however I reckon a Sunoco-blue JZX100 would look pretty good. 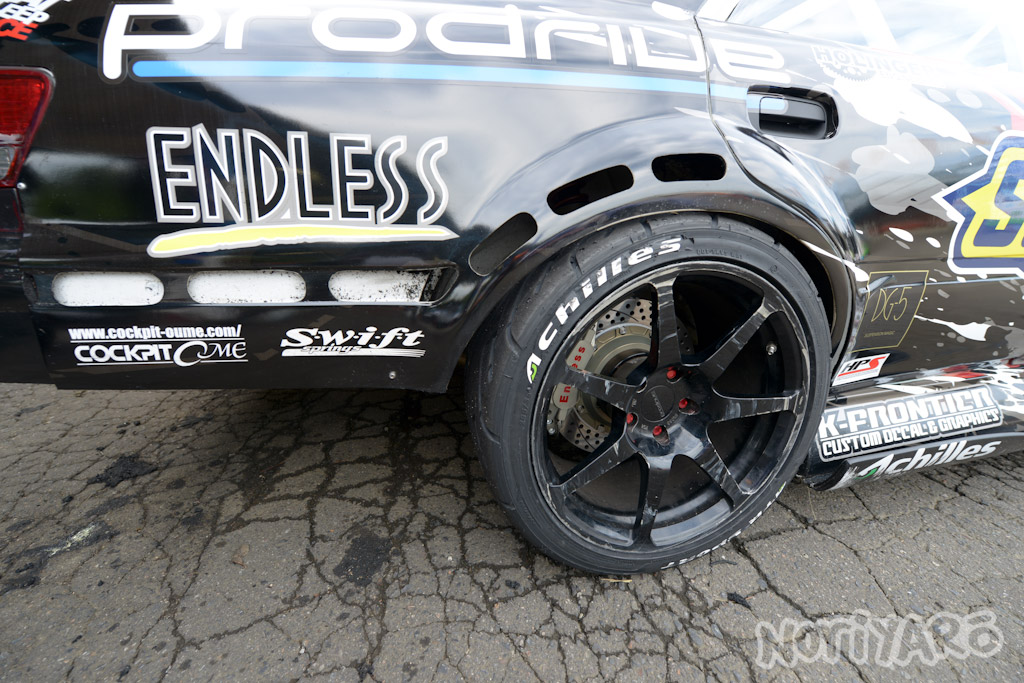 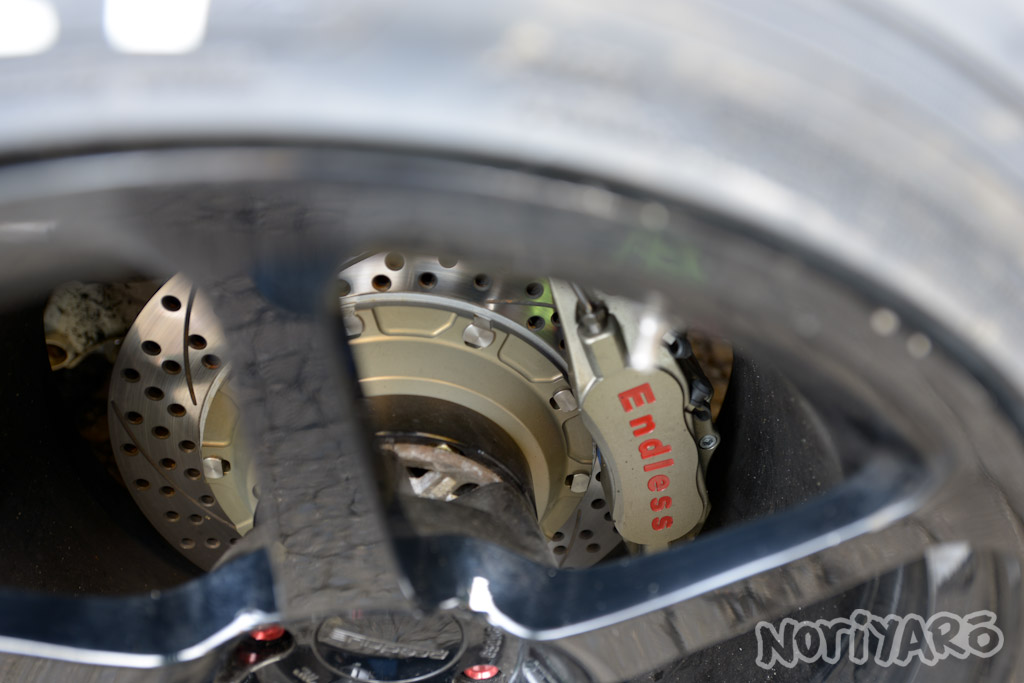 The brake setup is appropriate for a car with this much horsepower. 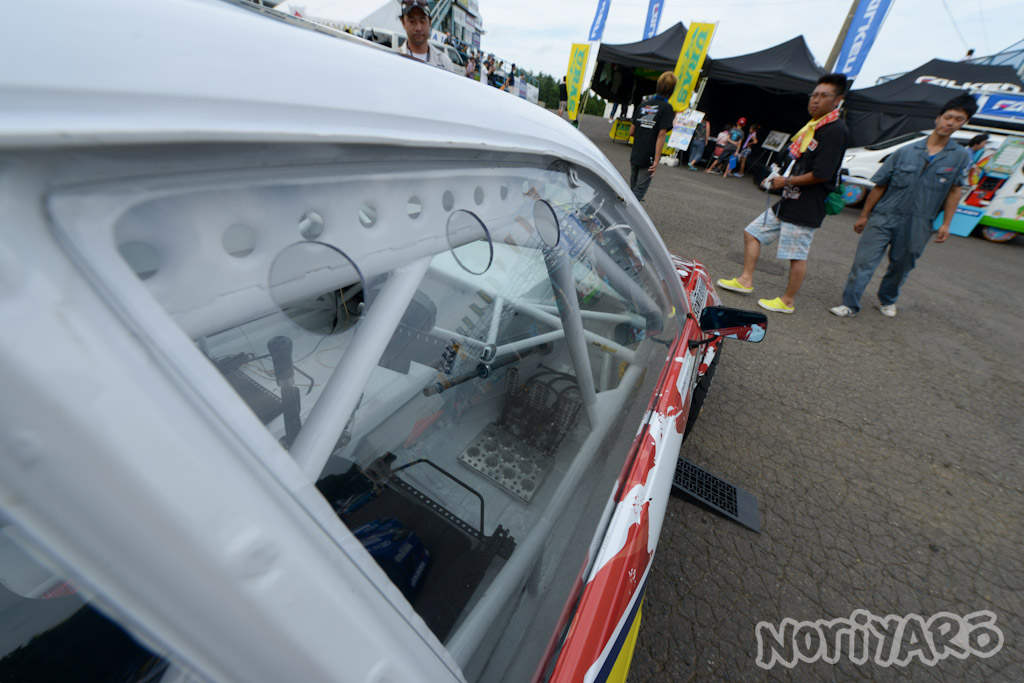 With all these holes and no window seals, I wonder how the car will be to drive in a wet event, especially following another car. 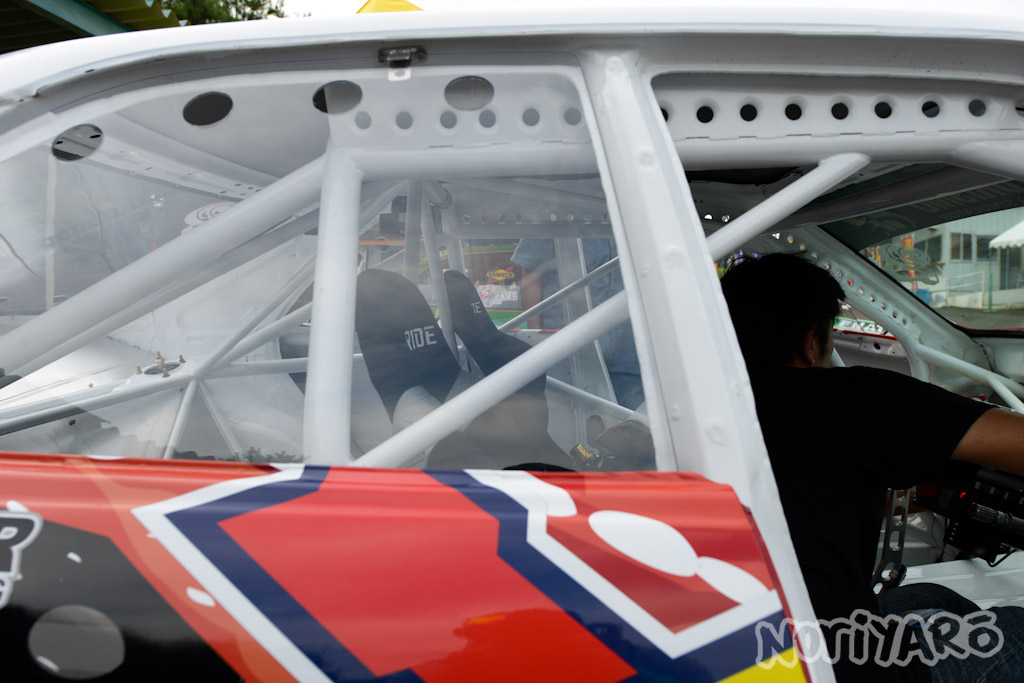 Here you can see how far back the seats are mounted. Drifting while looking through the rear-door’s window! 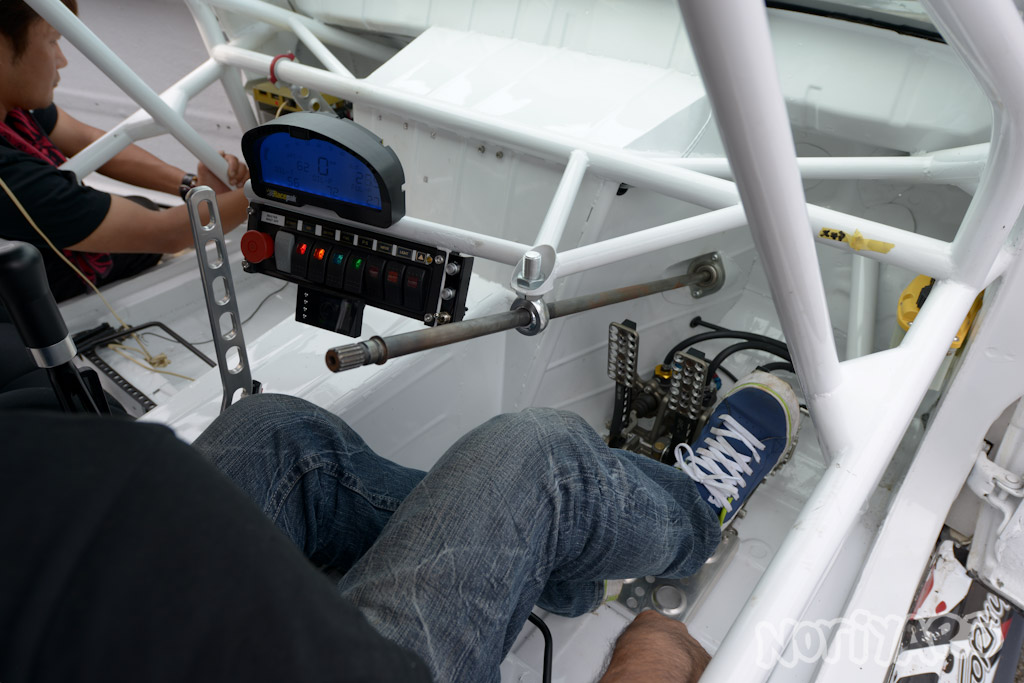 Only business goes on in here. 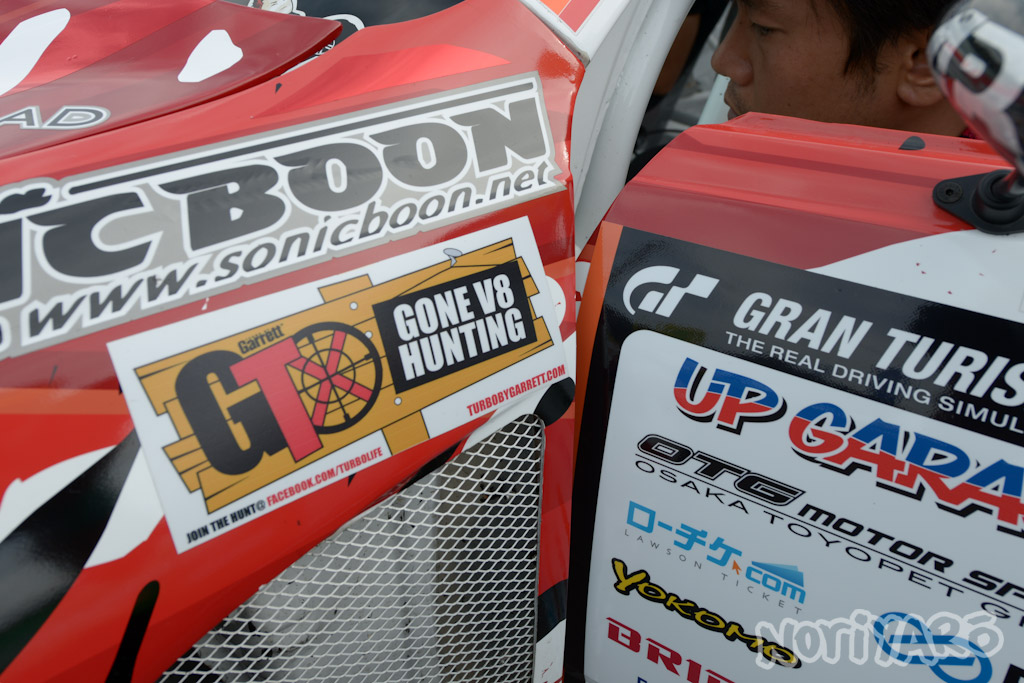 Mr Funatsu from FNATZ was messing with the F-Con ECU’s settings while I was shooting this. 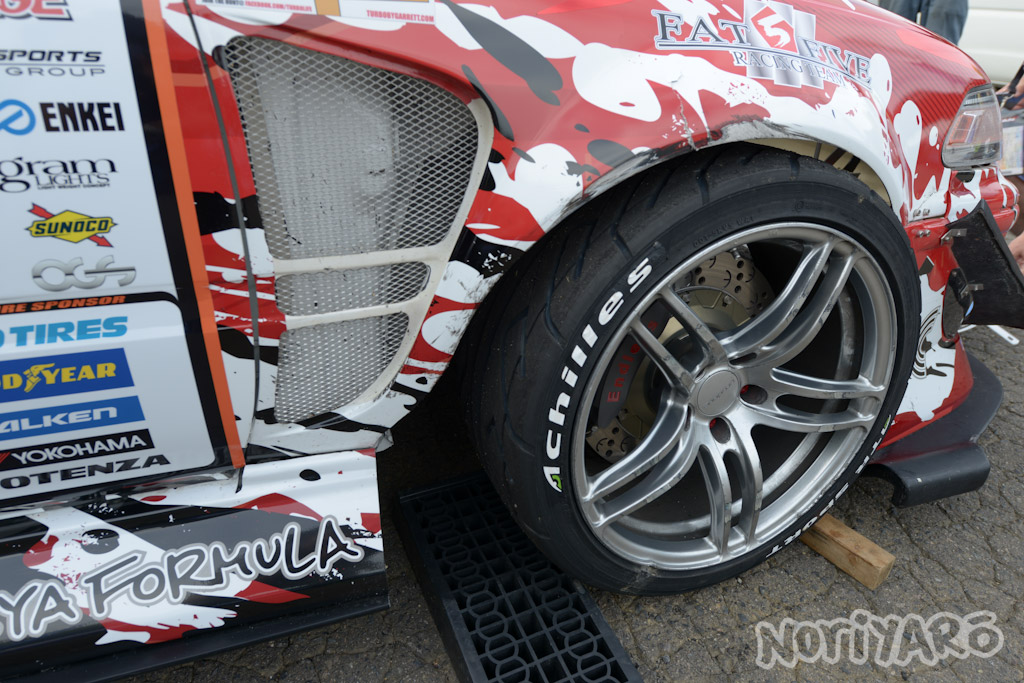 The BN Sports’ widebody kit fenders have been modified to have even bigger holes. The brake rotors also have lots of holes. 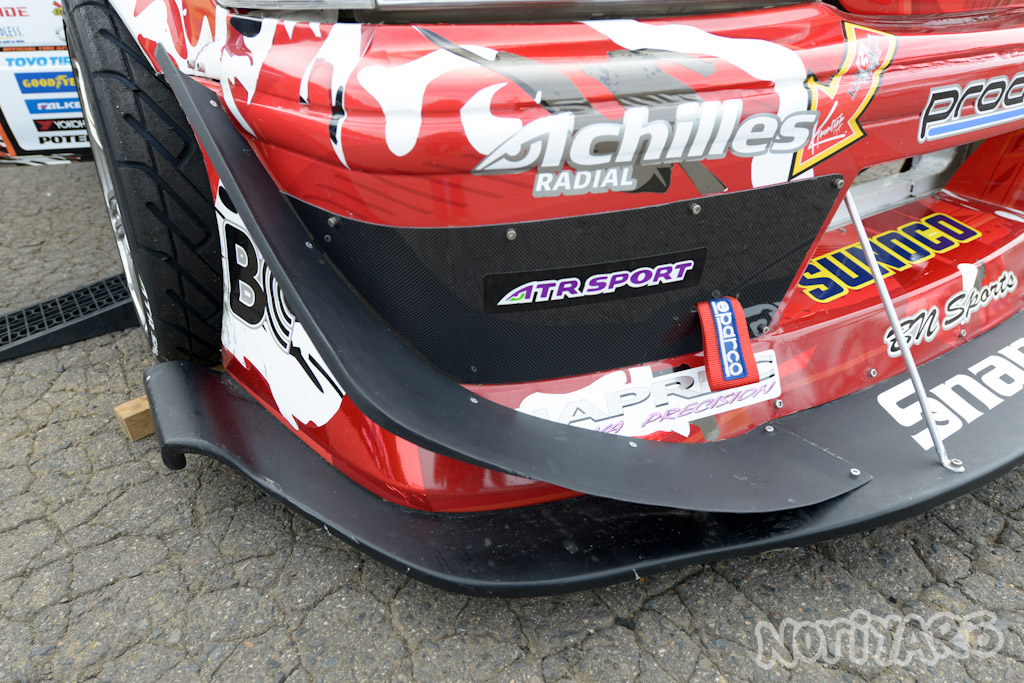 The only place where there aren’t any holes is on the front of the car! These front aero parts, a mix of Ben Sopra and Rocket Bunny parts, look a lot bigger in real life. 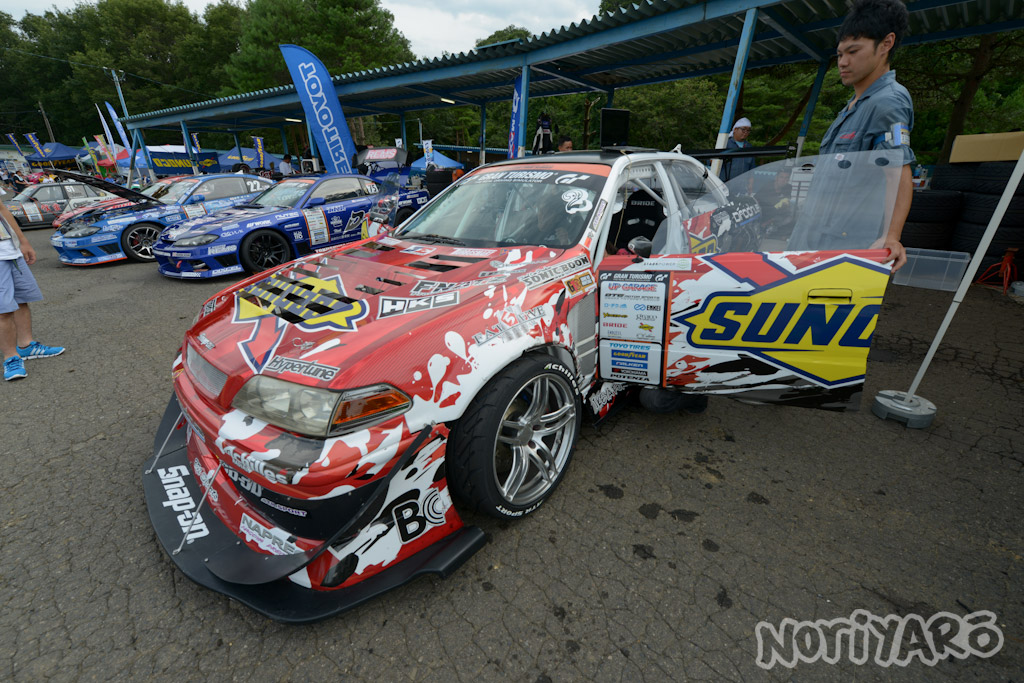 I know you want pics of the menthanol-fed, intercooler-less engine, but they were in a hurry to get back out for a practice session. In compensation for that, here’s what the engine sounds like!