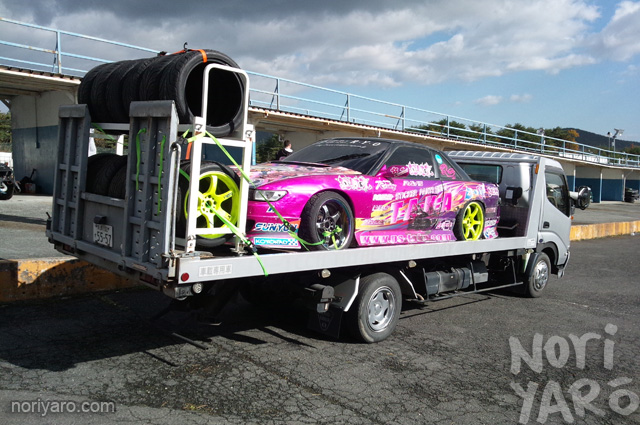 I had heard this guy was coming along, and it was confirmed when I passed his truck on the expressway. 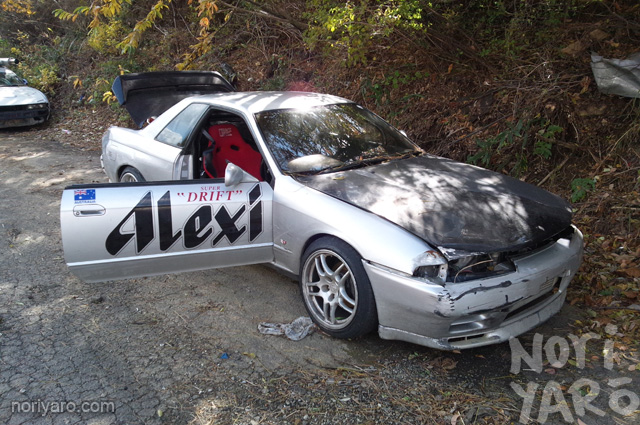 During the practice session, I headed down to the Powervehicles parking lot to pick up my Skyline. I had already done a bit of maintenance and changed the tyres on a previous trip to Ebisu, so it was all ready to go.

This is where I was most of the day, translating the judging results over the mic. 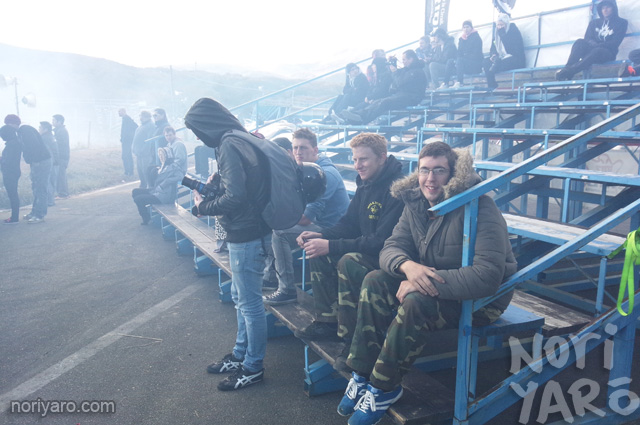 It was a little bit cold, as it usually is. 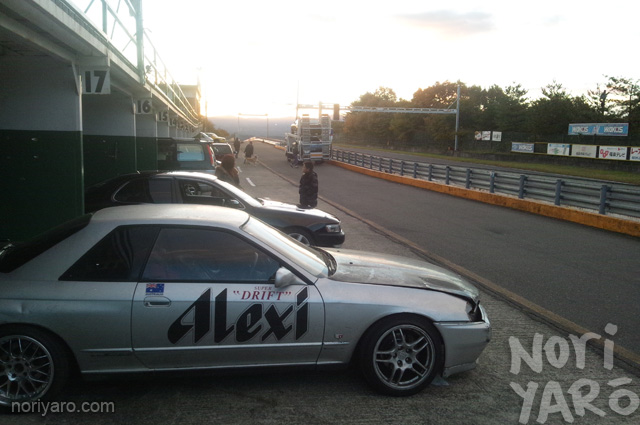 The next morning, I was up nice and early to grab some pit spaces on Higashi Course for myself and some friends in team Side Attack. 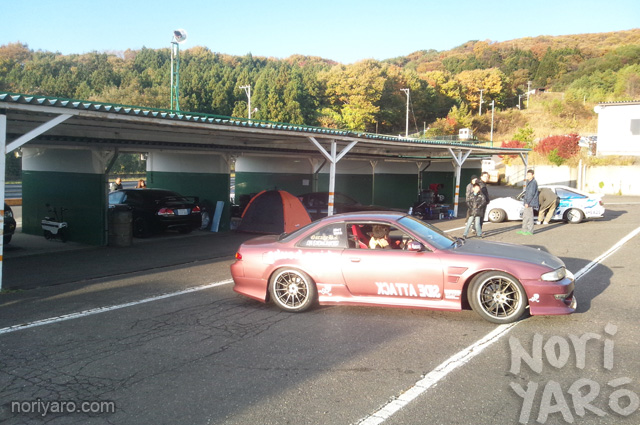 Most of them were already in the queue to get in, so they arrived not too long after. 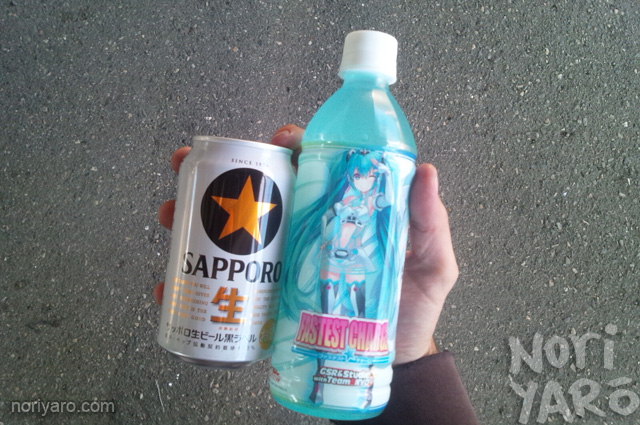 To thank me for getting the pits, one of them gave me a beer, another a Hatsune Miku sports drink. 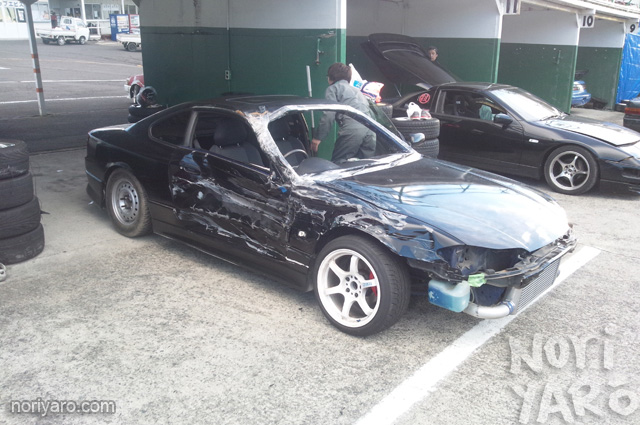 This guy a few pits over had bought an S15 that had been sideswiped by a truck, which was otherwise perfectly good. 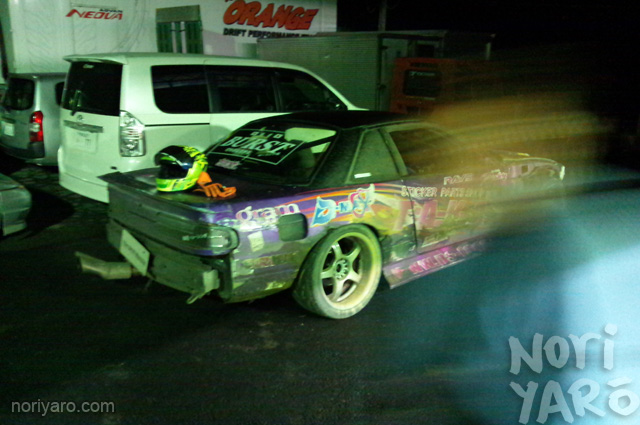 Naoki’s car was getting covered in mud and losing its clothes faster than a teenage girl at an outdoor rave. The ghost is Team Orange’s Asanuma ruining the shot on purpose. 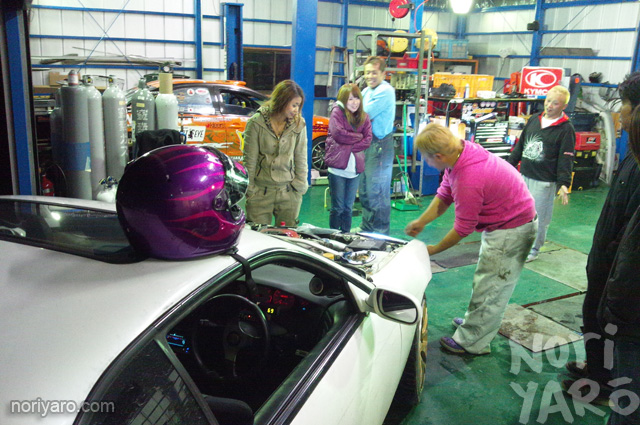 Naoki was also driving this NA S14 that someone lent him. 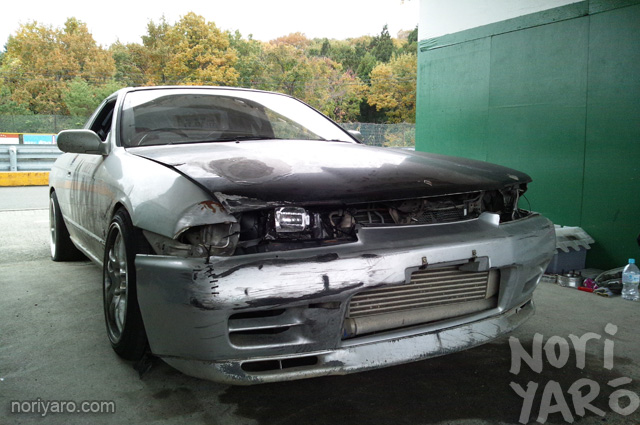 The Skyline survived the event well. I had to rig up a headlight to get around at night, which I made out of a broken projector housing, a plastic water bottle and some gaffer tape, and aimed by adjusting the cable ties holding it in. It worked pretty well too. 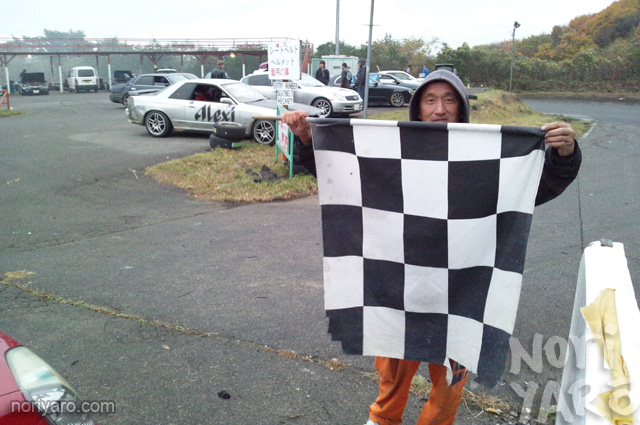