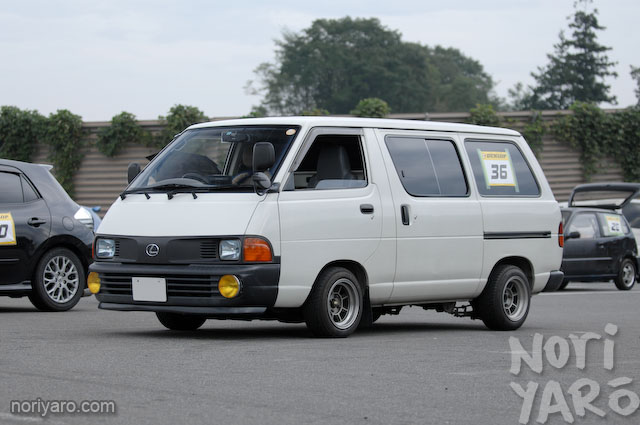 I kid you not, this Townace was indeed set up for grip driving. Check it out, gloves, harness and everything.

He mustn’t take it out too often though, as the Yokohama Grand Prix M7R tyre hasn’t been in production for over five years. 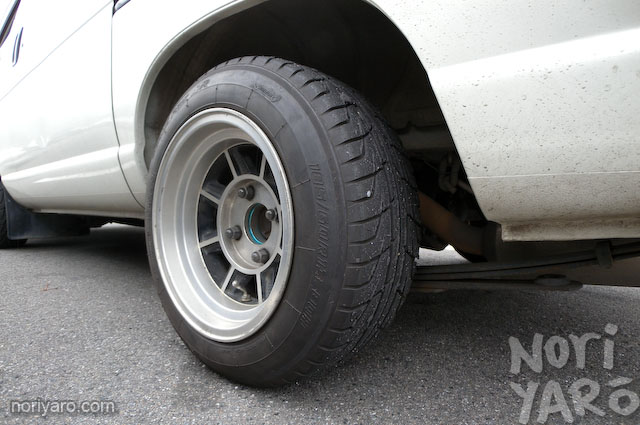 This set still seemed to be in pretty good condition though, and those Hayashis aren’t bad either. 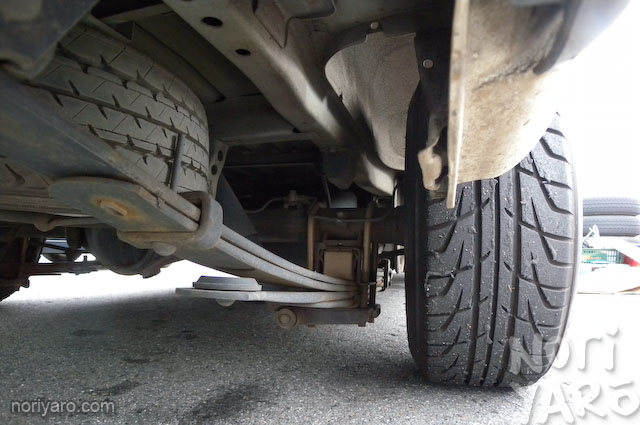 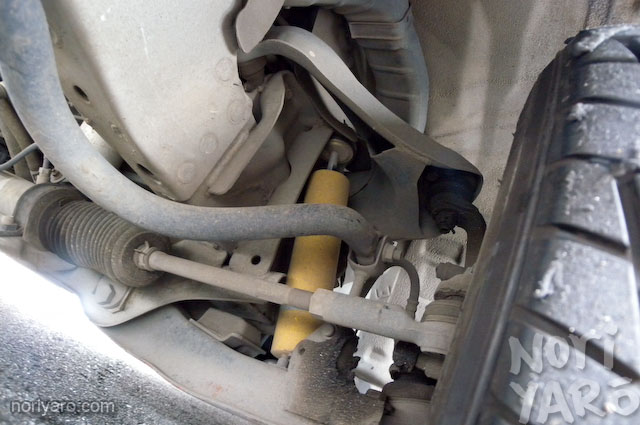 …and adjusted torsion bars, a swaybar and what look like short-stroke sports dampers on the front.