Being an amateur driver means you only need to put on “sponsors” that you like. 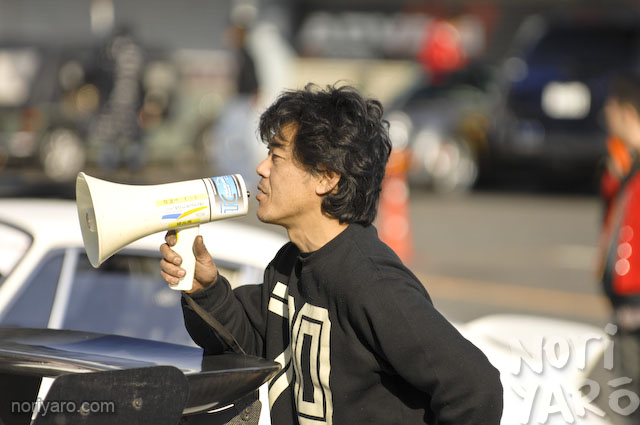 Nakai gave a very quick driver’s briefing before changing into his racing suit and leading everyone out onto the track. 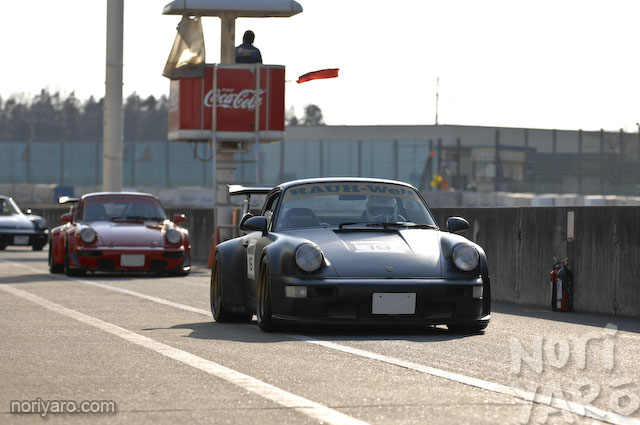 I hadn’t eaten any lunch by this point, but I knew I’d be running around the track for the next three hours at least. 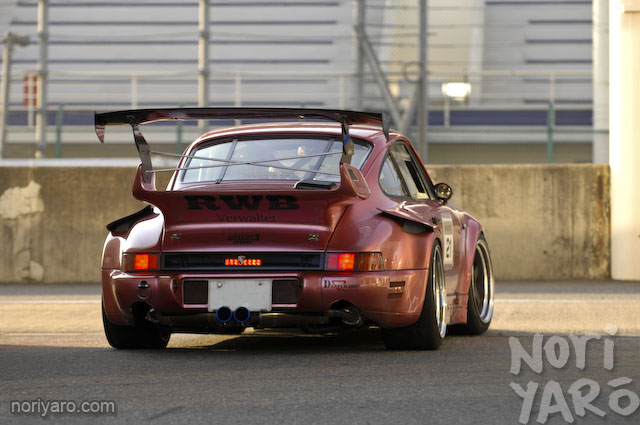 Some of the cars had F1-style center flasher brakelights installed, which are good on the track, but also look awesome on the expressway. 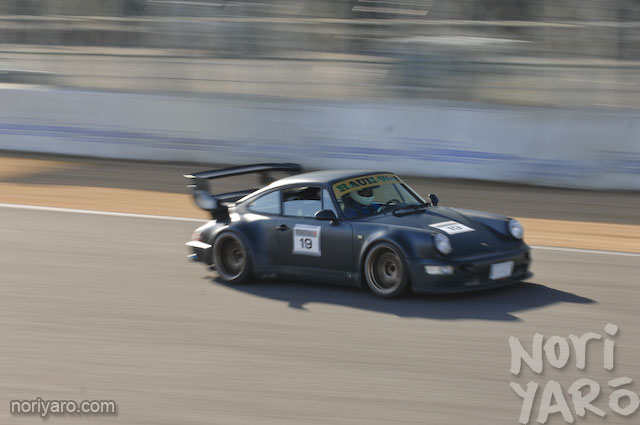 Here’s the traditional Rauh Welt style we’re used to seeing. Does anyone else remember the Prognoviach pursuit team from the movie “Condorman”? If you haven’t seen it, have a look on Youtube. The best part of the movie involved a group of black Porsches from the KGB, which were actually rebodied Volkswagens, chasing Michael Crawford in a jet-powered Nova Sterling kit car. 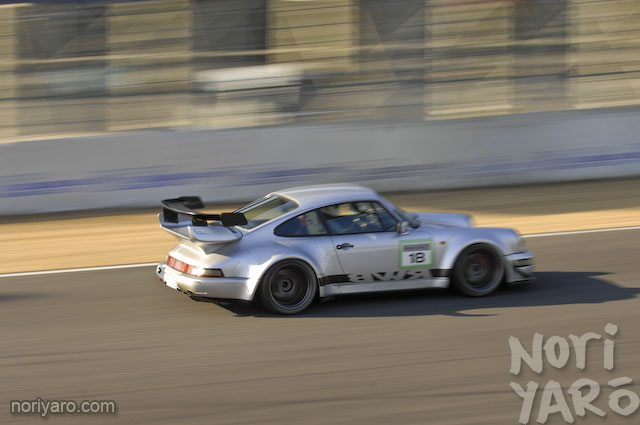 A more traditional silver seems to be the new popular colour with the RWB crowd. 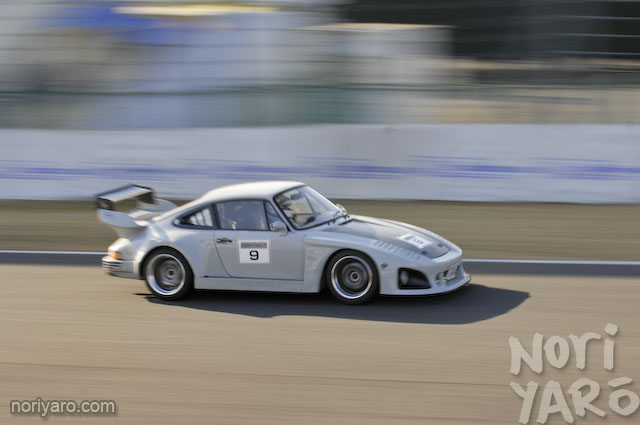 How’s this for a Flachbau? Passing rego with those headlights must be impossible, so I wonder how he does it? 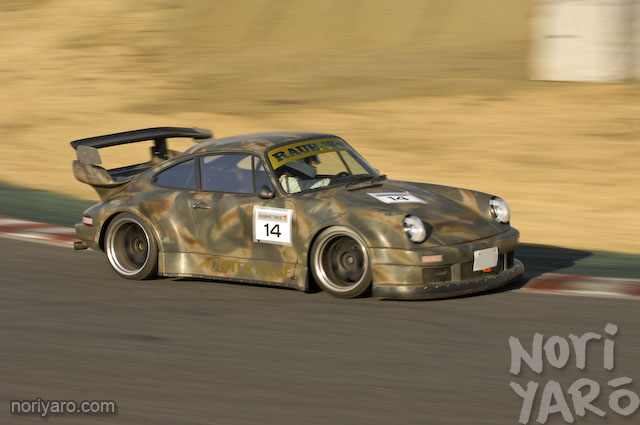 The car used to be plain white last year.

Love that understeer and the driver’s body-language. 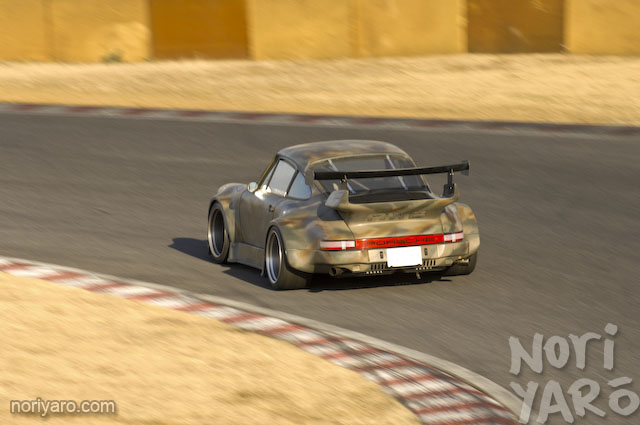 Keep in mind this car is driven to and from the track on regular roads. 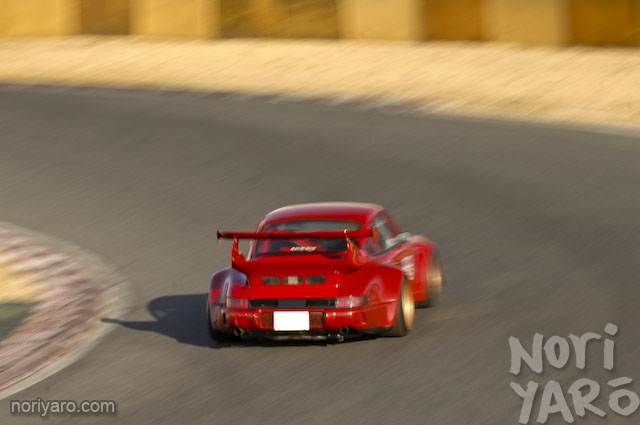 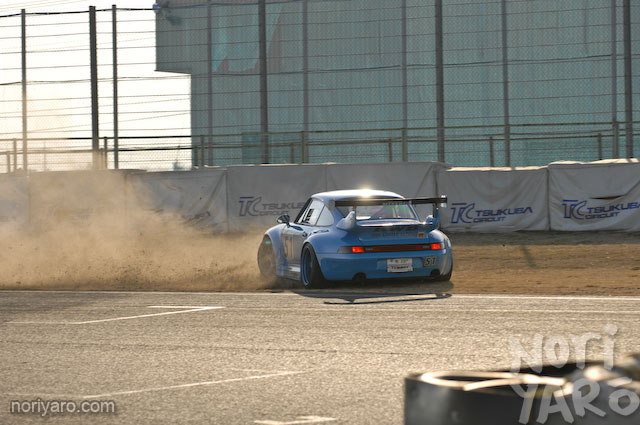 The final corner seemed to catch out quite a few people, but there weren’t any crashes. 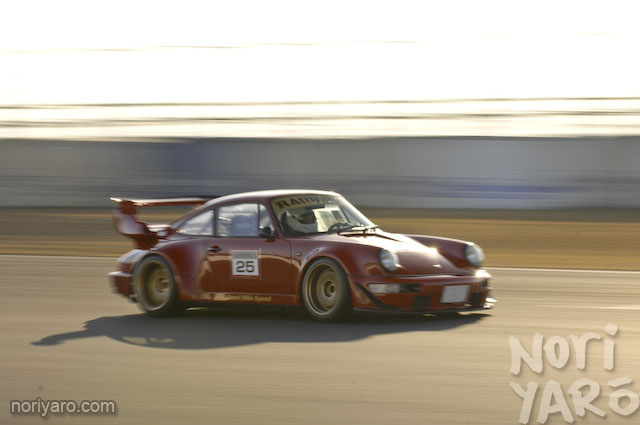 Most of the cars looked quite solid though. 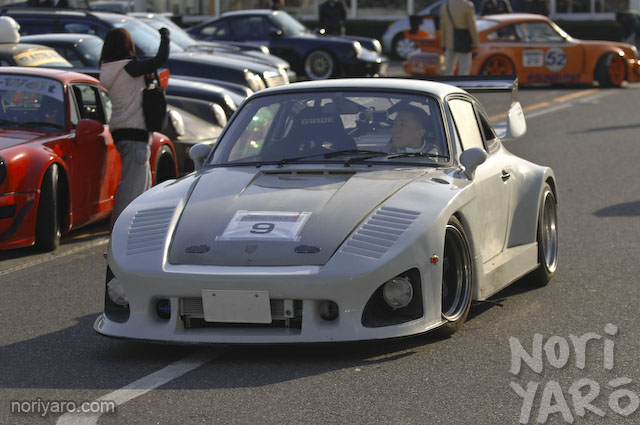 Almost seems like a waste to have that in primer grey. Martini white? 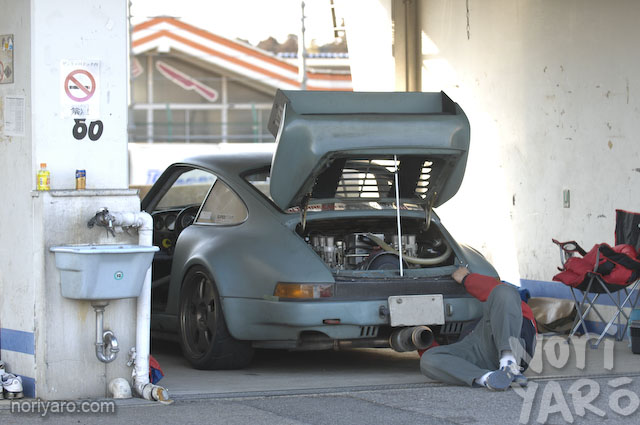 There weren’t too many major mechanical issues, and everyone seemed to have a decent amount of track time. 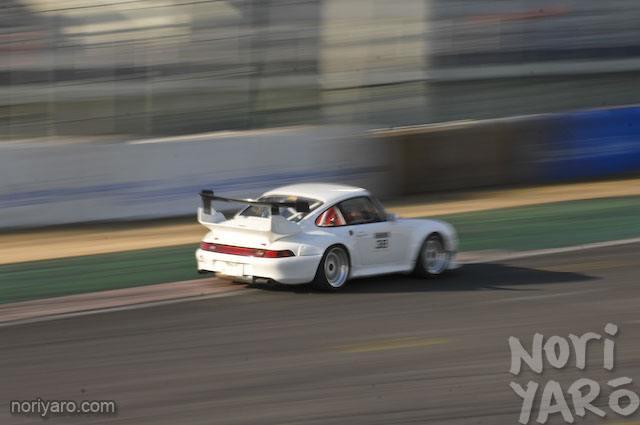 This doesn’t look too far from what a normal circuit-spec Porsche looks like. 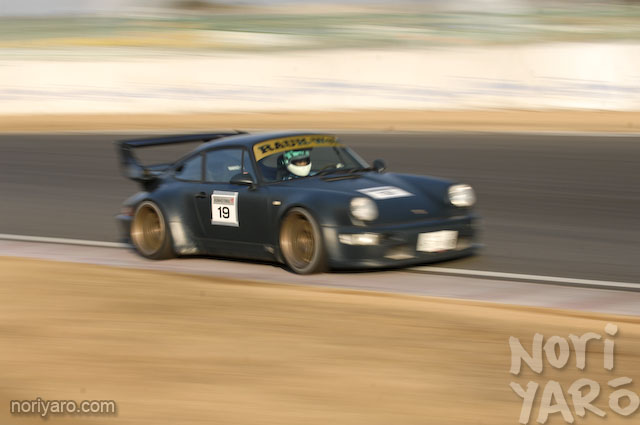 This one is Rough-style all the way through. 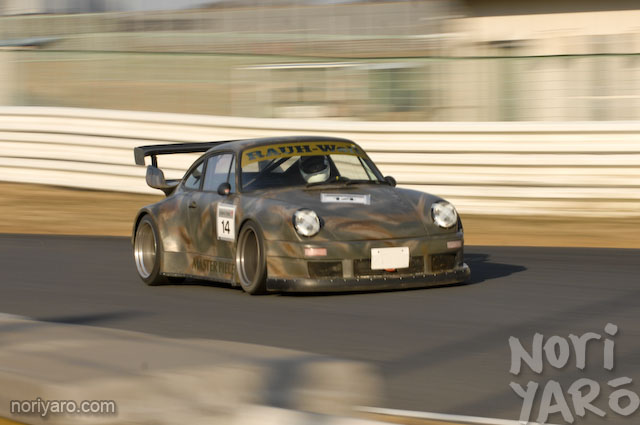 Despite blending in well to the withered winter scenery, the camo paint still drew a lot of attention. 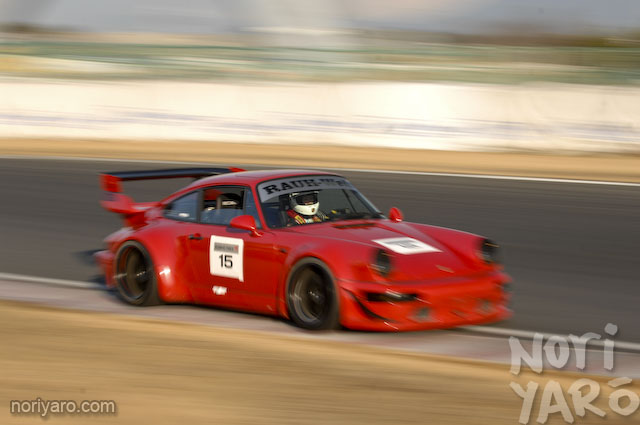 Gloss red might be a bit more eye catching though. 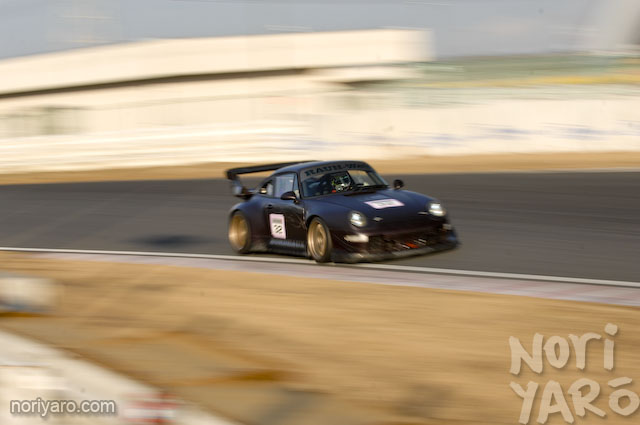 Or maybe matte? I’m not sure.

…before strapping on their helmet and heading out for another run. 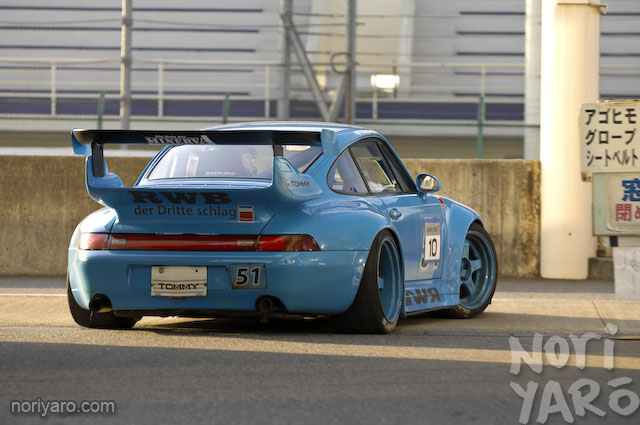 Most of the drivers were doing solo runs spaced out from each other, which meant a constant flow of action on every part of the track. 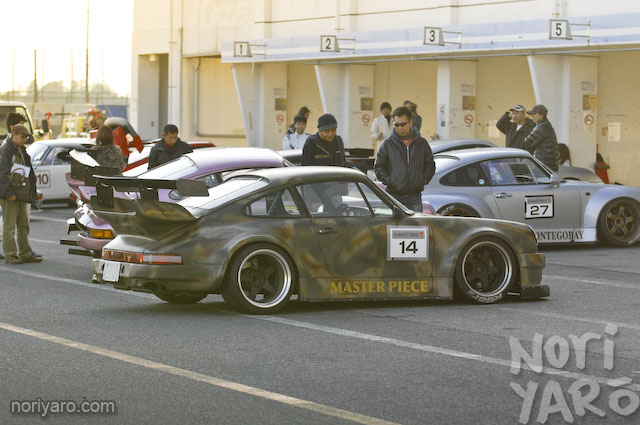 There weren’t really a whole lot of spectators, but those who were there were quite keen on checking out all the cars there. 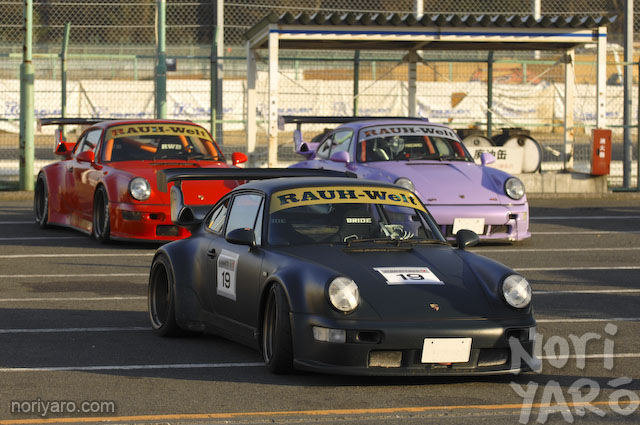 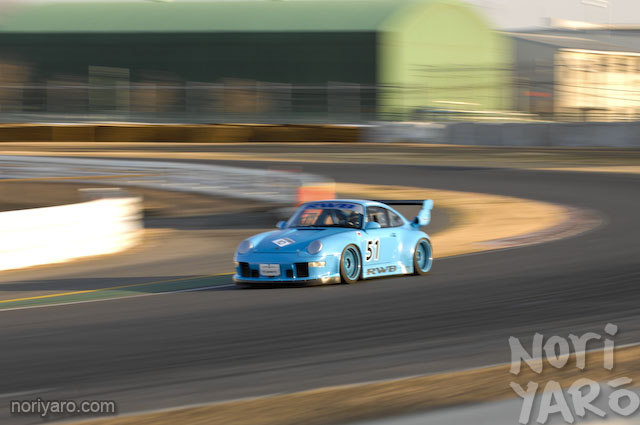 Spending the day there reminded me how much fun Tsukuba is to drive. I’ll have to make it out there this year sometime. 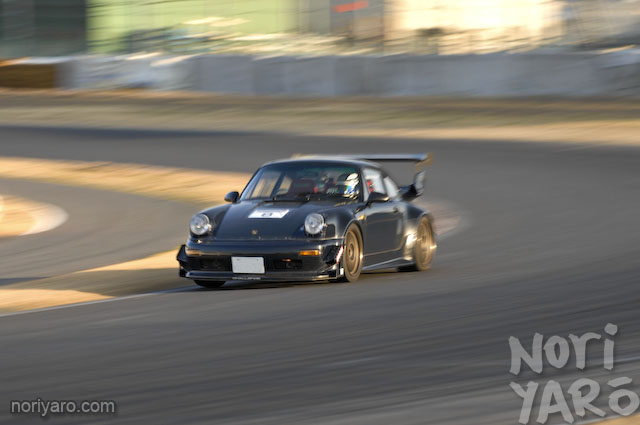 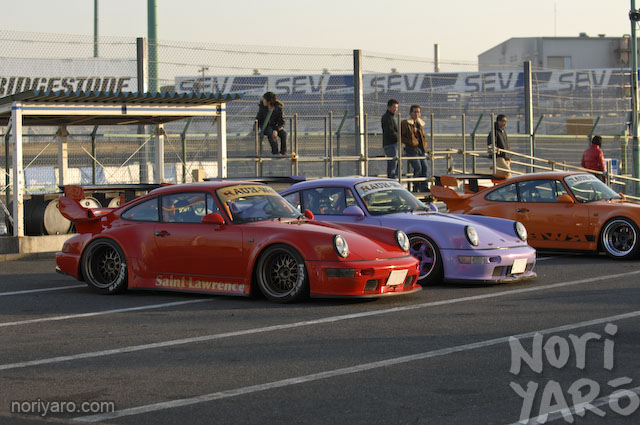 As the day wrapped up, everyone packed up their small toolboxes, changed back into regular clothes and headed home in the same cars they’d just been racing in. I think only one car was actually trailered there. 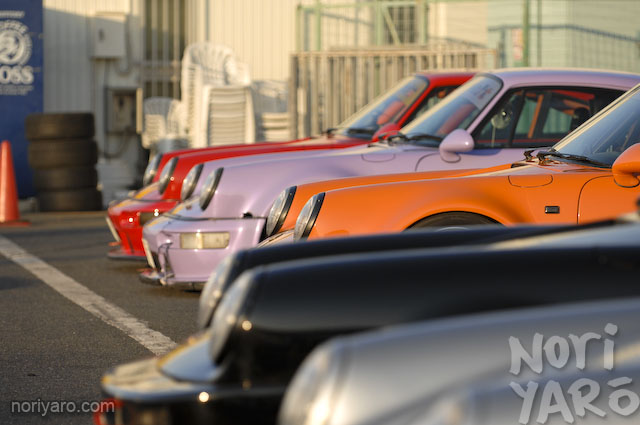 Take us to your leader! 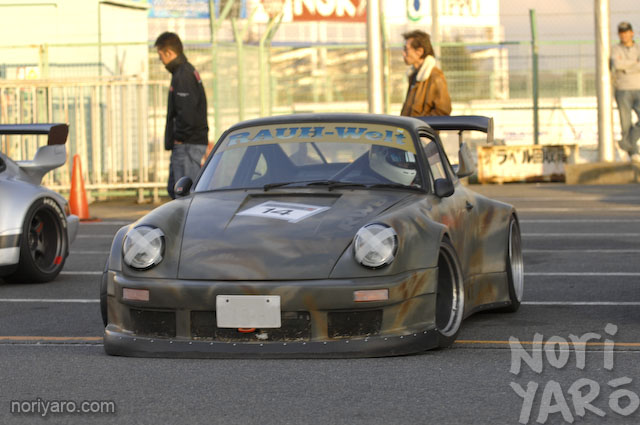 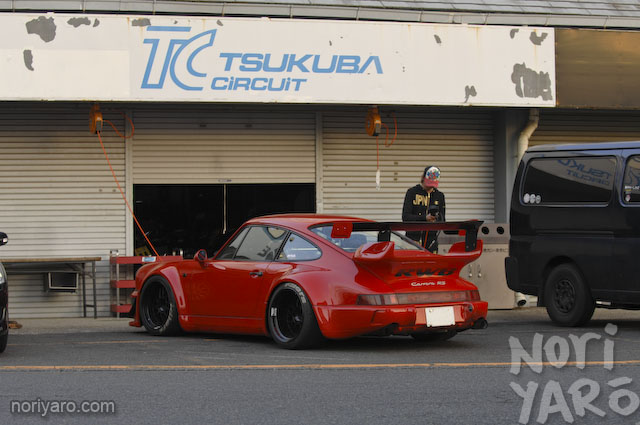