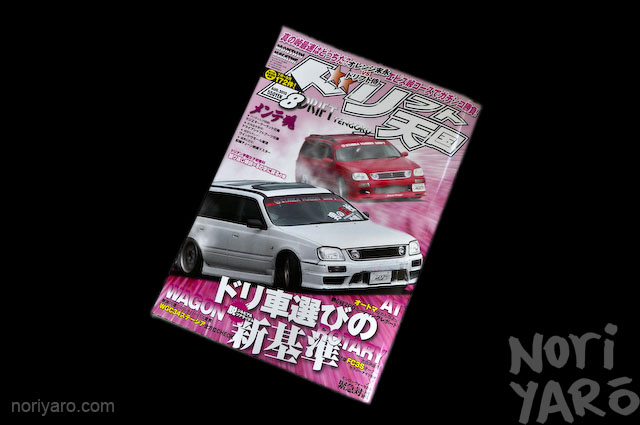 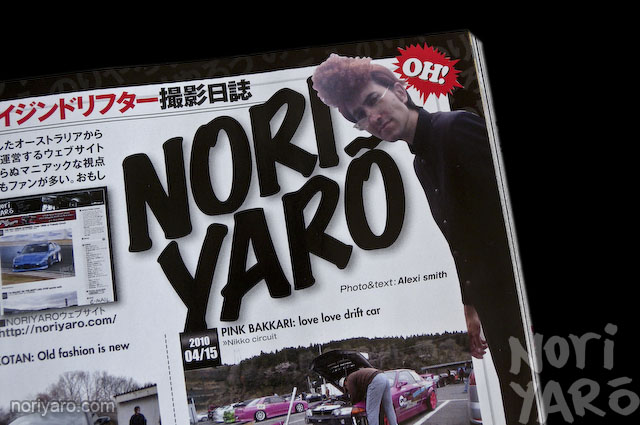 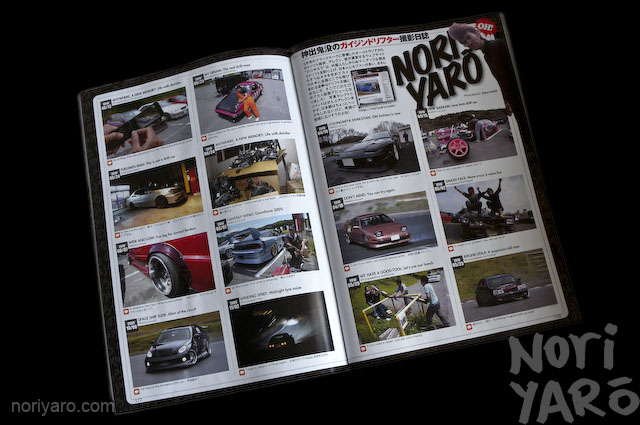 There it is. A double-page spread in the Japanese drifting bible featuring photos from Noriyaro.

The magazine’s editor Kawasaki-san says more-or-less in the intro that “Alexi is a drifting immigrant to Japan and has the same maniac’s eye for drift cars that we do, so please enjoy his perspective on things.” 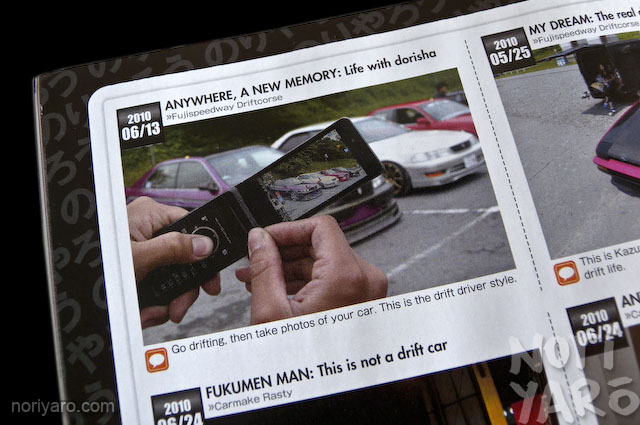 Kawasaki-san wanted the titles and captions to be in English too, so I tried to keep them simple to read for the Japanese audience. “Dorisha” means “drift car” in that top caption. 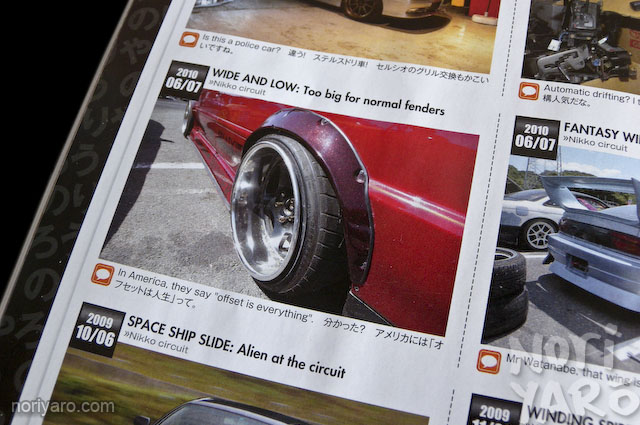 In case the English caption was too hard to read, I added in a Japanese explanation as well. Of course, my Japanese is far from perfect, but Kawasaki-san leaves in all the mistakes to make it seem a bit more authentic.

Just a little note, I’m currently in Australia on a short “holiday” from the stifling summer weather in Japan. I finally found where all the prizes for the “Mens’ Four Doors” competitions ended up. I accidentally sent them to Australia in a package a while ago, which is why I never ended up finishing that up! I’ve found it now, so results from that will finally be coming soon!