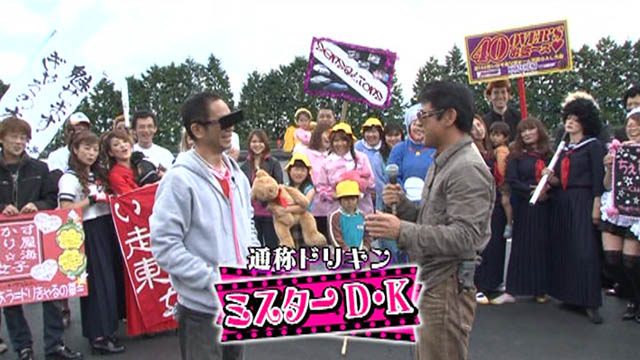 The level of drifting was not that high, so Keiichi Tsuchiya didn’t come. Instead, “Mr DK” came along instead.

Hang on, who’s that in the background, eh? 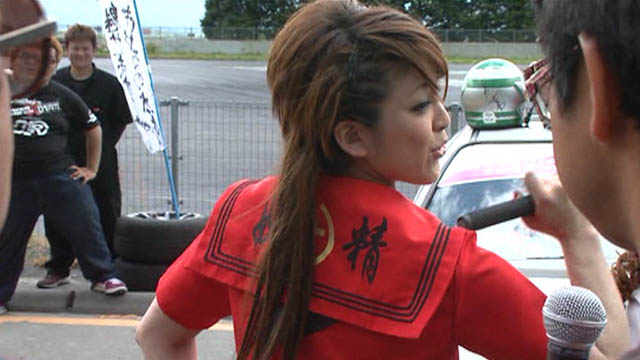 I think the best presented team there were the Tokai Joshi. Here’s Michiko’s seifuku with “fairy” embroidered on the back. 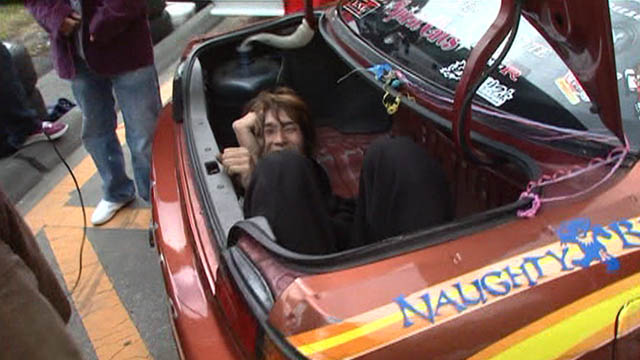 Her husband was tied up in the trunk! To be honest, I’m wondering why there’s a water cooler bottle in there too. I might have to ask next time. 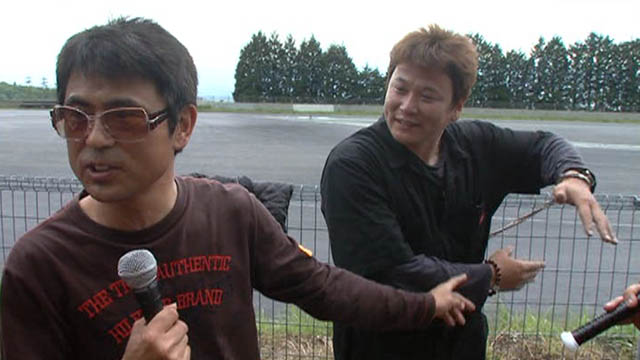 Even Tezuka was handcuffed to the fence.

“Can you take this off me please?” 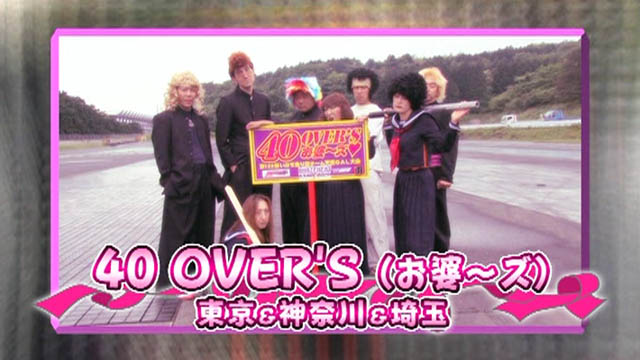 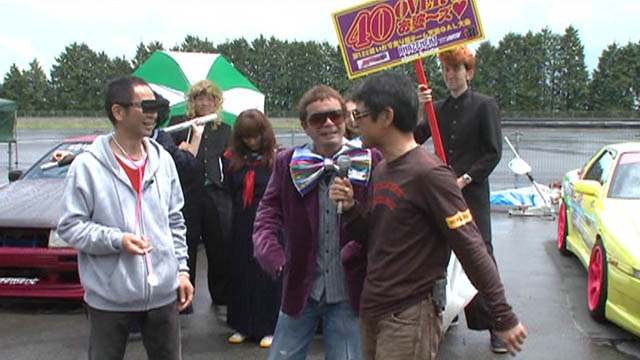 On the right, just in case you missed it again. I’m seriously thinking about getting a Regent hairstyle now. 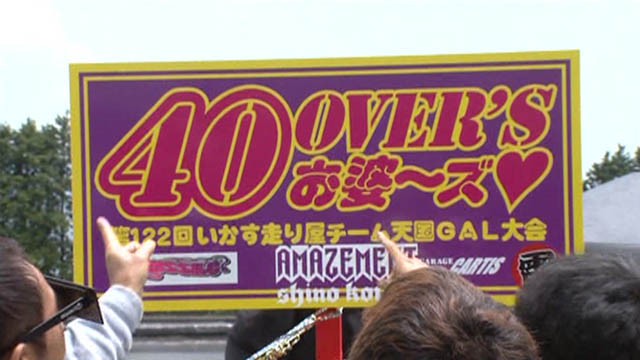 Mr DK reads the team board. 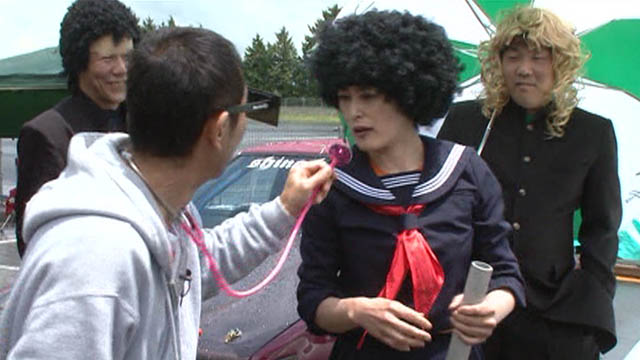 “What the hell do you want?” asks Shino.

So, she’s actually a scary person? 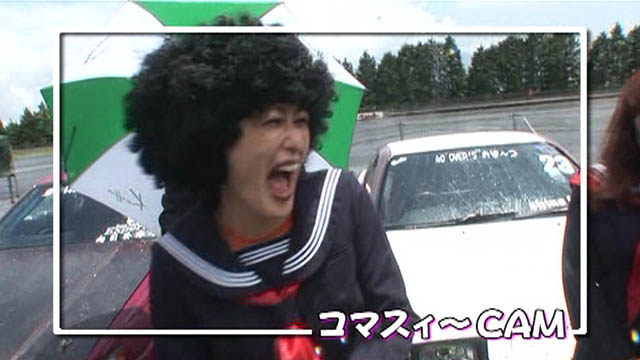 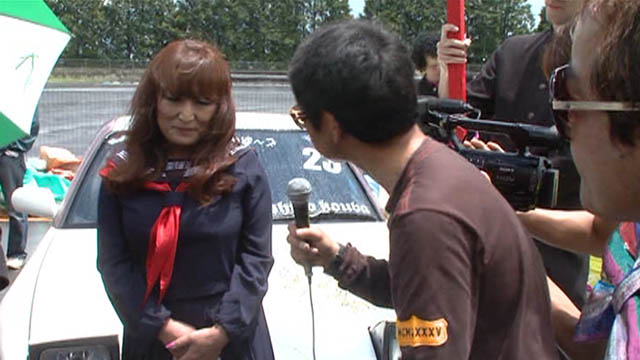 Yumiko took up drifting a couple of years ago “to keep me young”. So how old is she? 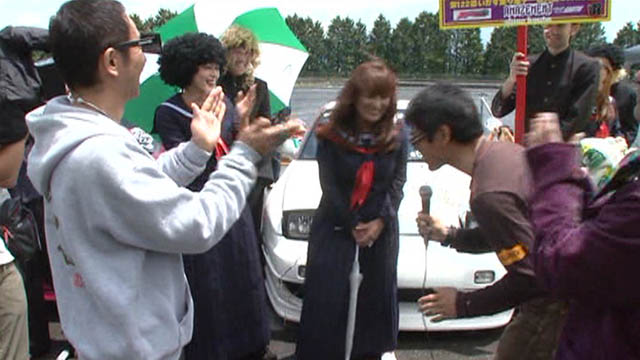 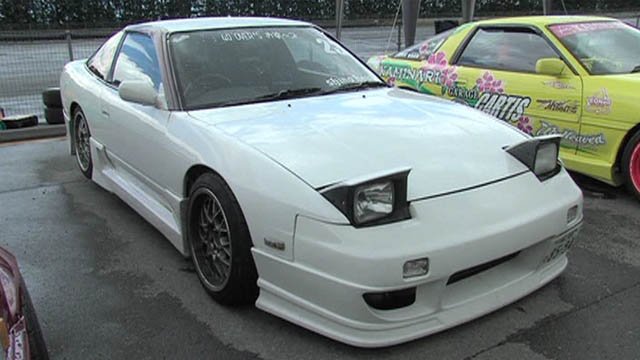 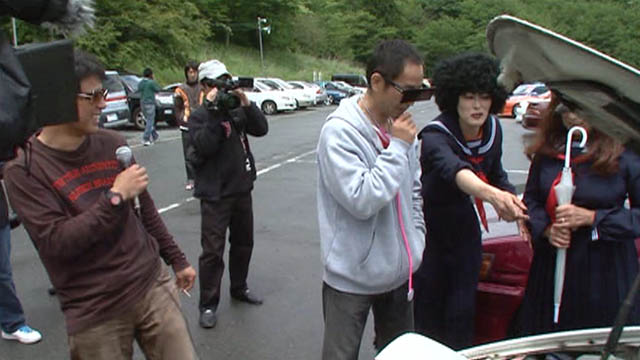 It had just had the turbo swapped the night before after the previous 2530 blew. Shino tells Mr DK about it. 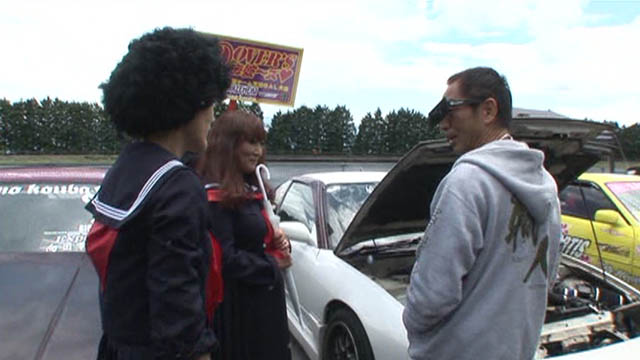 “We did it ourselves at Shino Kouba.” said Shino. 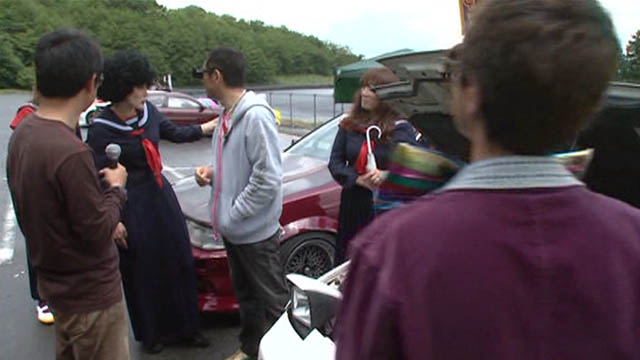 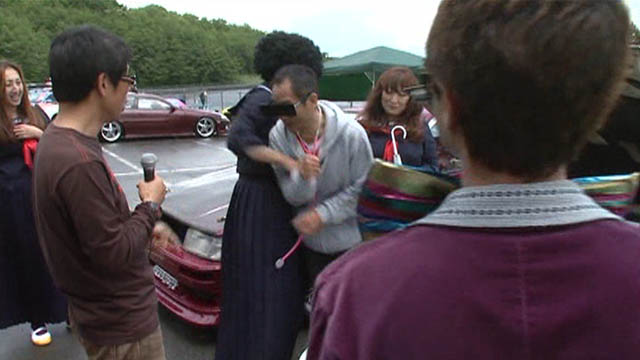 Shino doesn’t take kindly to this… 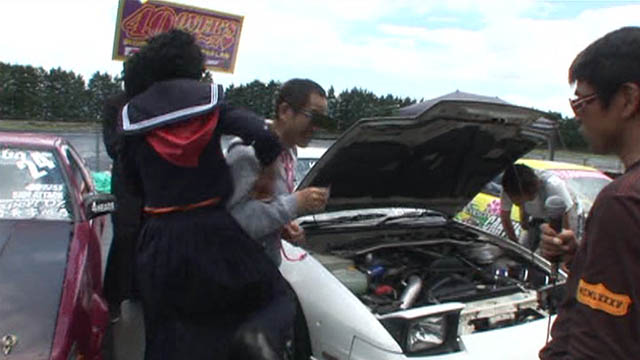 …and beats up Mr DK. 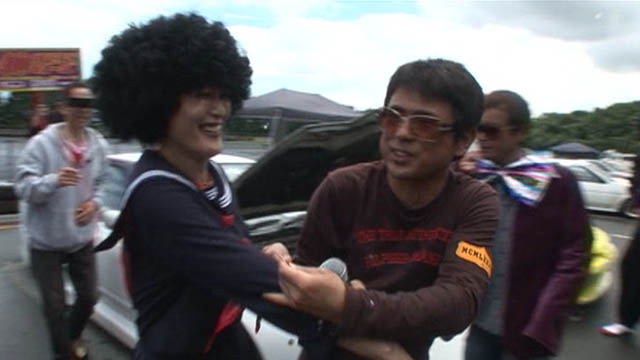 Mana-P has to pull her off him. 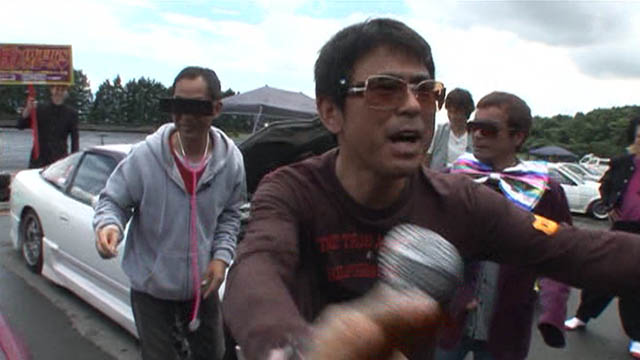 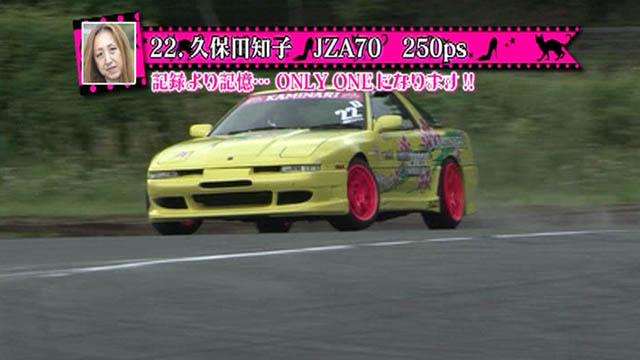 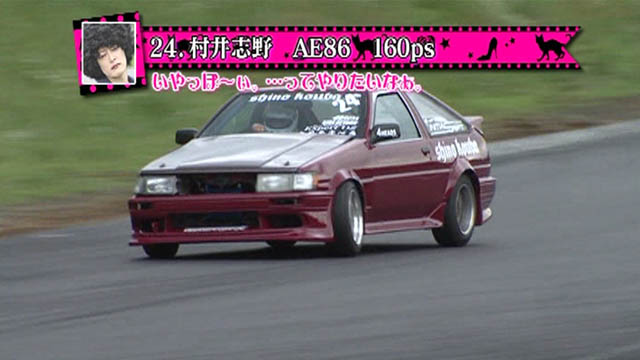 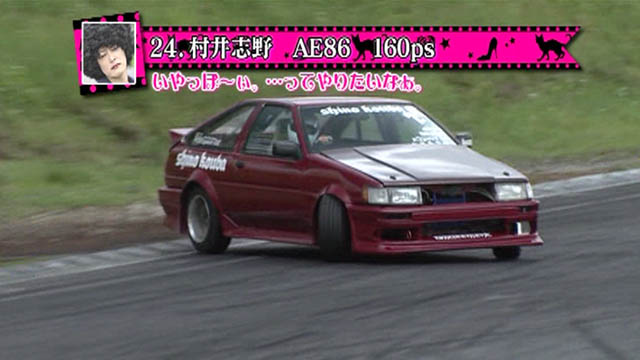 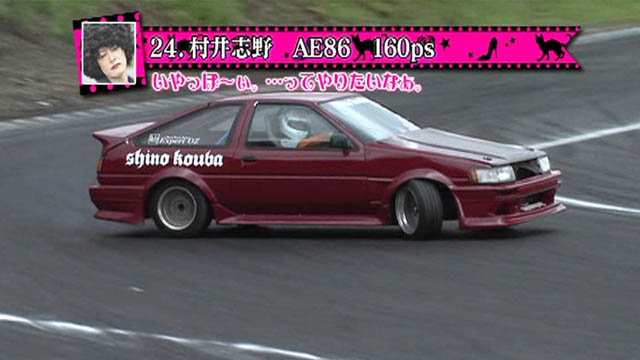 “You don’t need to look over here!” exclaims Mana-P.

Their first team battle was up against the Cheichigo Girls. 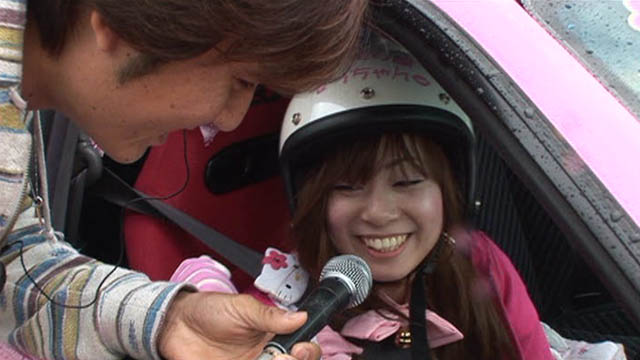 Of course, he seemed quite happy with the job. 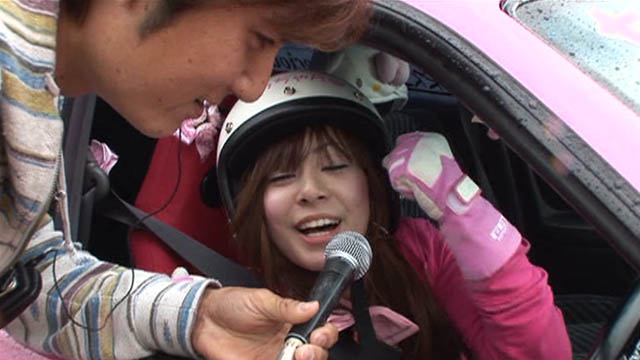 “That was a gentle “I’ll do my best” there.” says Taniguchi. 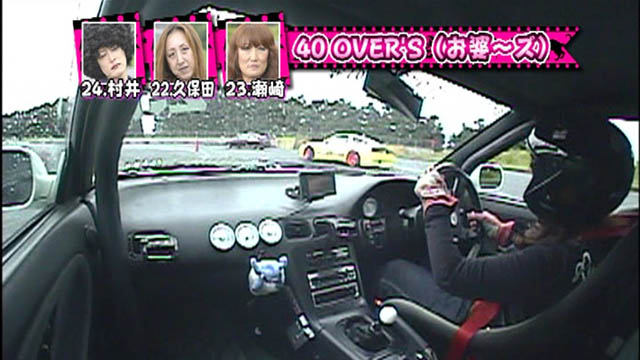 The team run was very neat…

…and it drew a decent applause… 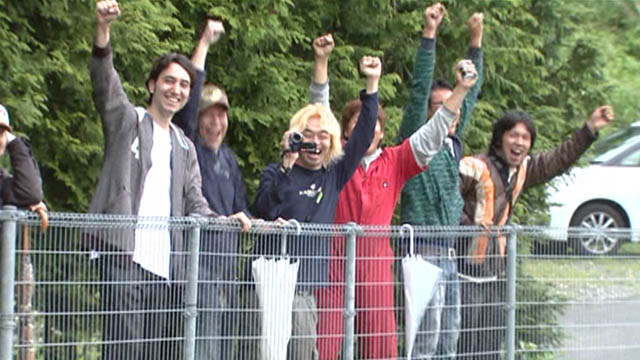 …especially from the 40 Over’s cheer squad. Are there any photos of me not wearing that Element hoodie? 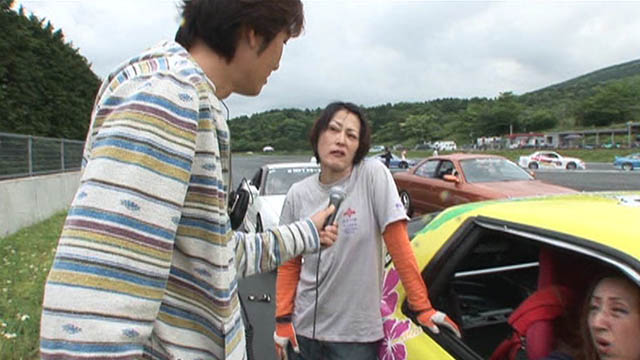 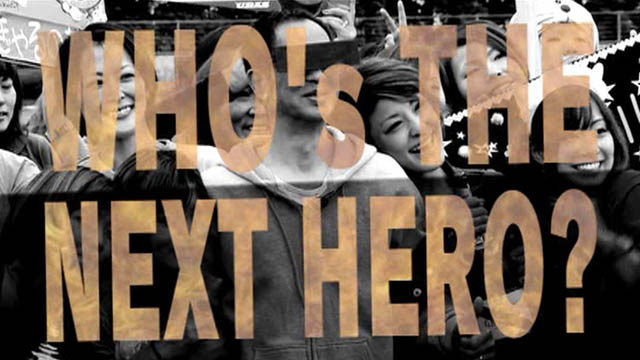 Anyway, for more, you’re going to have to actually watch the video!