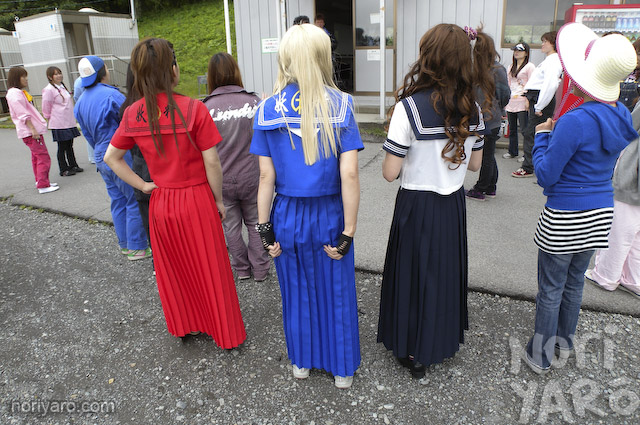 There was another team of delinquent schoolgirls too! 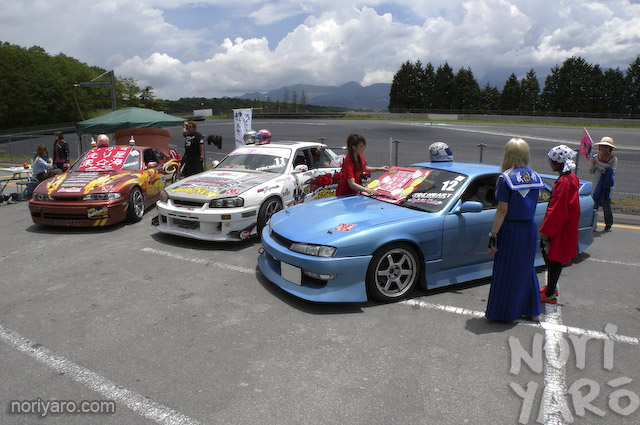 They were part of the Kids Heart-backed team from Chuubu, which included Rie Shinmi’s R34 and Michiko Yasue’s S14, which was sporting a nice new bodykit and vinyl job. 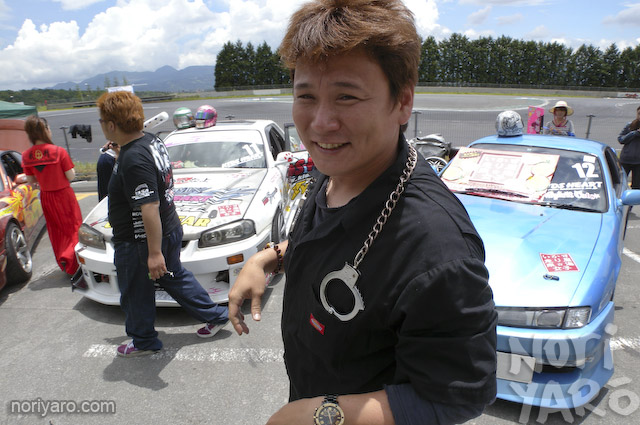 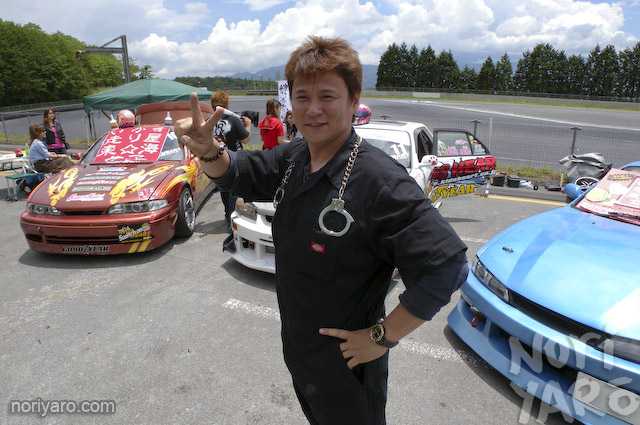 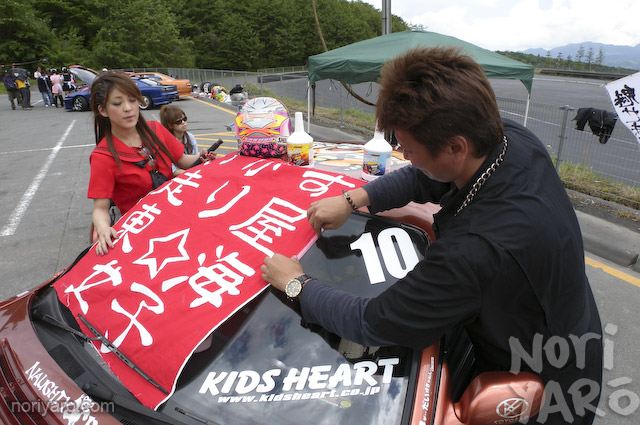 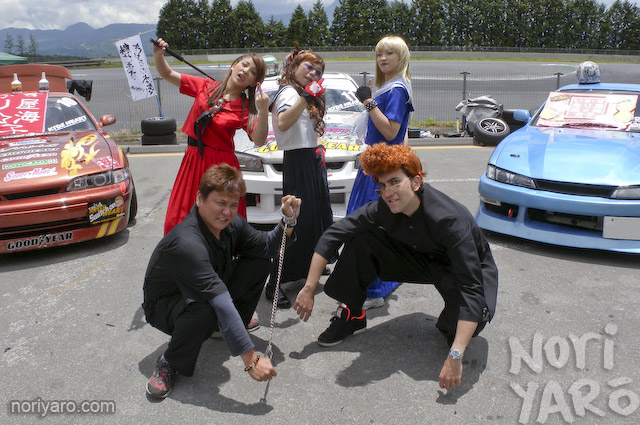 Out of all the photos I’ve taken in Japan so far, I think this one has just become my favourite.

I think my modern shoes kind of spoiled the look of the uniform. It’s a bit hard to find uwabaki in my size!

Michiko’s nightstick was the real thing though. 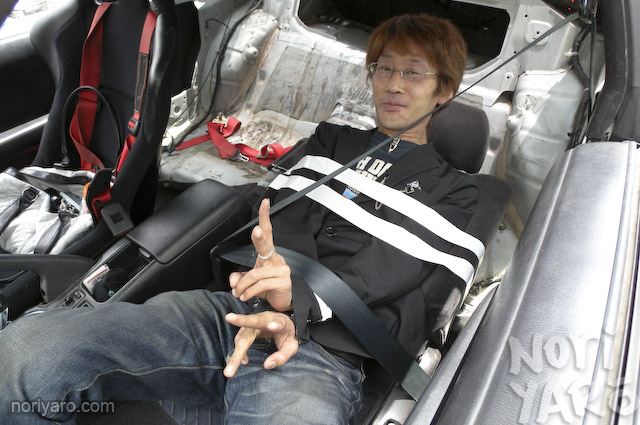 Delinquent schoolgirls take no prisoners. Or they do, in this case. 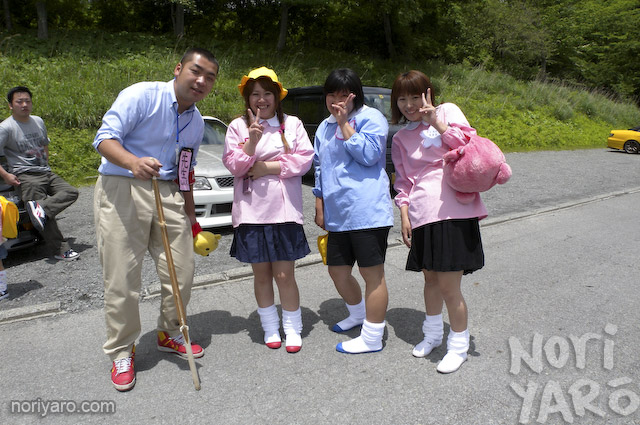 Here’s Team Kindergarten. I might note here that these ladies all actually have kids of kindergarten age. The guy on the left is a real teacher too, but at a local automotive college. 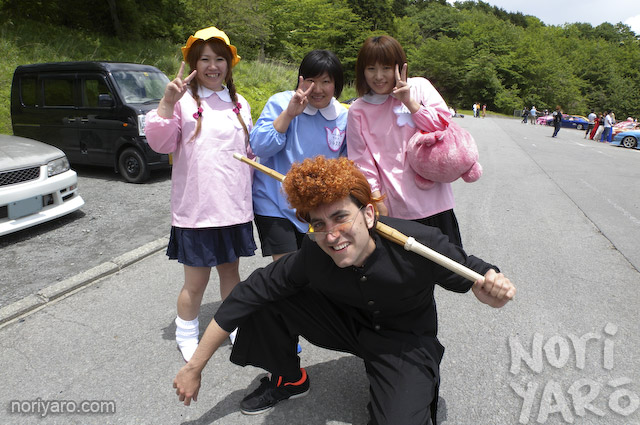 I borrowed his shinai sword and did some more yankee posing. Somebody who walked past said it looked really suspicious that someone dressed as a yankee high schooler was talking to people in kindergarten uniforms! 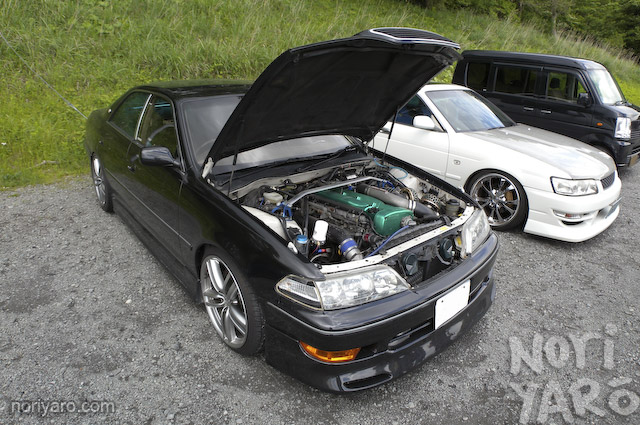 This spectator’s Mark II was nice, but it had Nissan Fuga 19-inch wheels and… 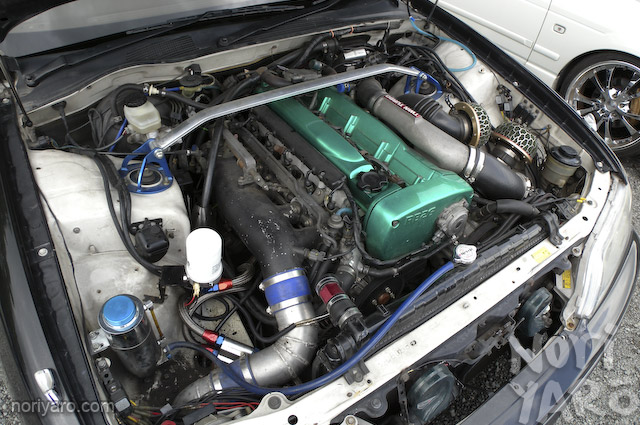 …an RB26! I think the guy secretly wants a Laurel. This is his daily driver too. 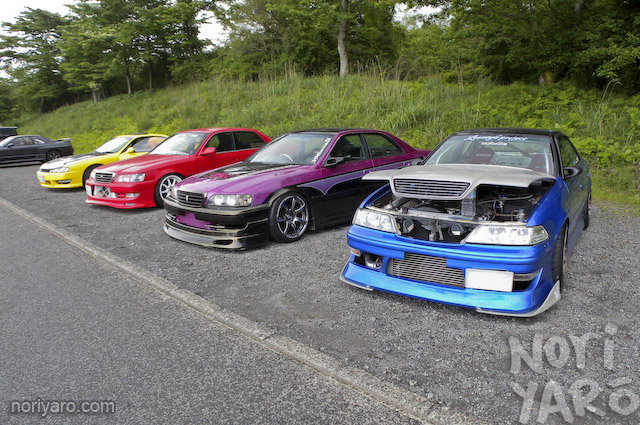 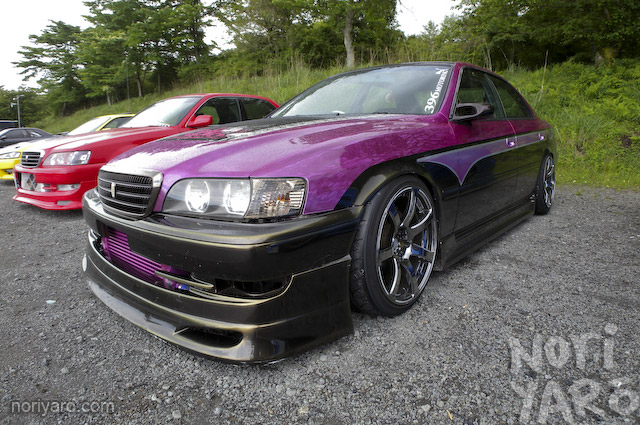 This Chaser belongs to Ishiai-san, who is the owner of that mangled Cresta I posted a while back. He said that car is in the process of being repaired in the paint and panel shop he runs in Yamanashi. 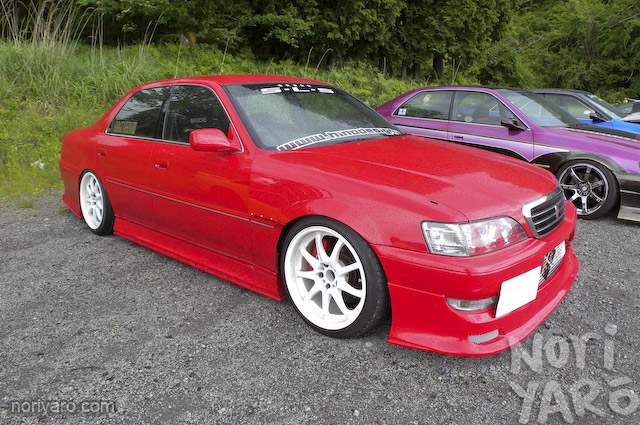 This Cresta was pretty neat too. 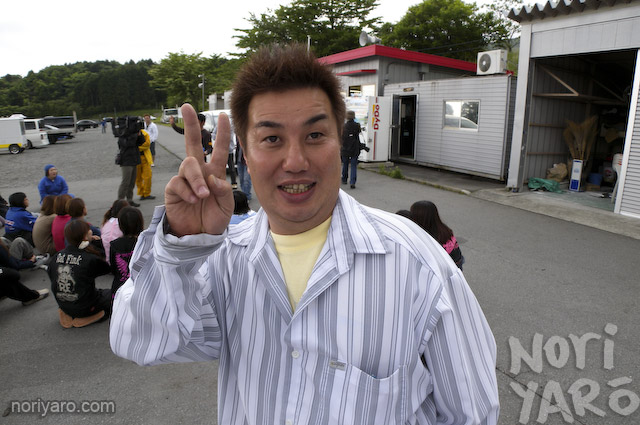 Miyamoto-san from MISSILE was there too. His JZX-centered pro shop just recently celebrated its 10th anniversary.