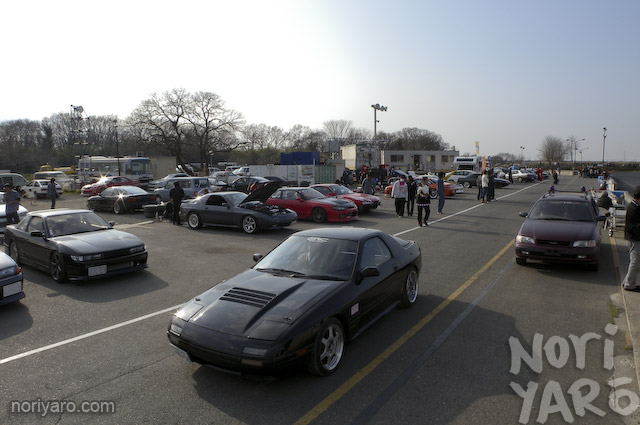 Okegawa is situated about an hour and a bit west of Tokyo right next to an airfield. It’s a very small circuit and is usually used for small capacity motorcycle racing. It’s not really that well known outside of local drivers, but has been described as the Meihan of East Japan thanks to the wall on the main straight and complete lack of runoff. There’s also always lots of light planes, helicopters and parachutists flying around.

If you recall that mashed-up Cresta I posted pics of a little while ago, that crashed here. 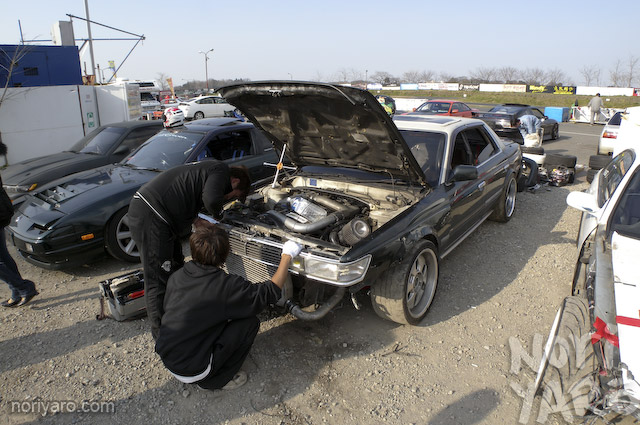 Here’s one of Kitaoka’s friends who was repairing his car after a little crash he had.

Since the car was registered and was to be driven home, he had to get all the headlights and indicators mounted back up. 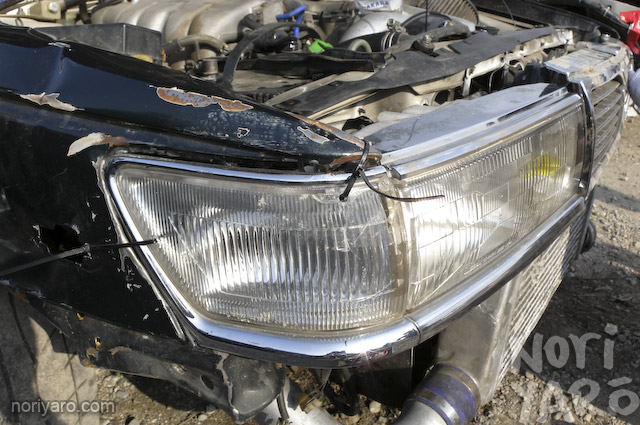 If you can’t fix it with zipties, it can’t be fixed. 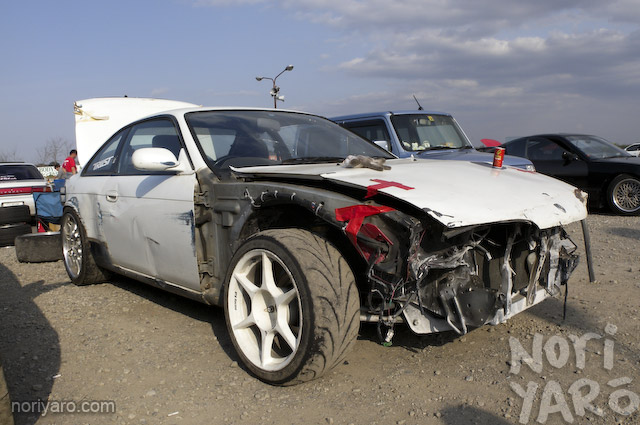 Here’s another of Kitaoka’s friends, Ishii-san. this car was obviously not going home any other way than on the back of a truck.

Since I’d never actually had a go at Okegawa before, I asked Ishii-san to take me out for a ride to get a feel for the flow of the track.

That was good enough for me. Since I had all my gear in the car already, I signed up and paid for the final two sessions of the day. 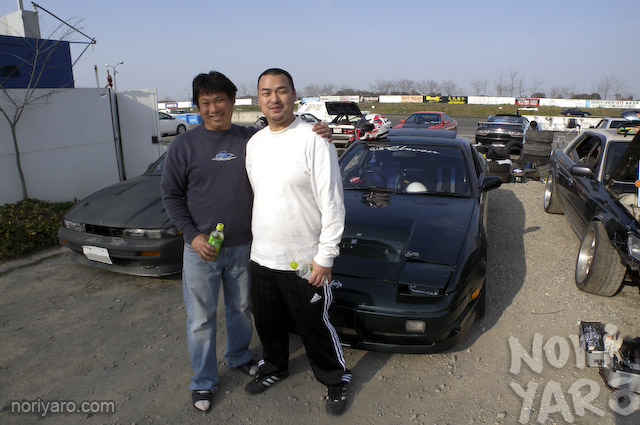 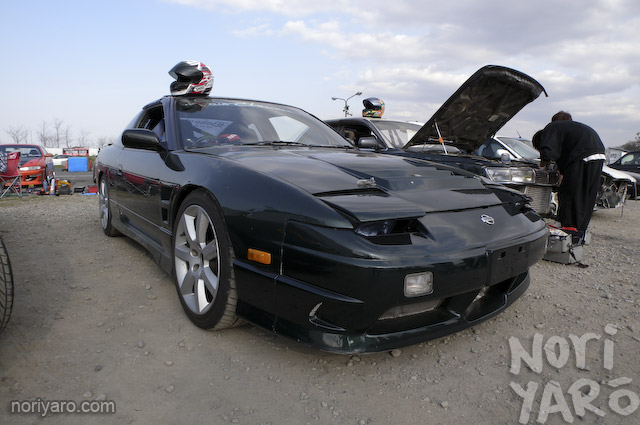 We can say that he had a pretty neat Type X though. 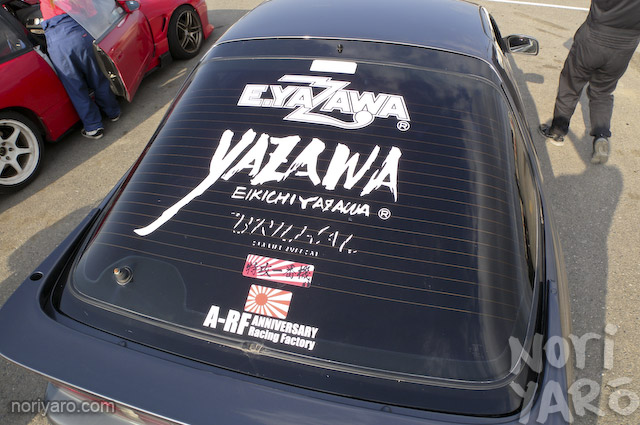 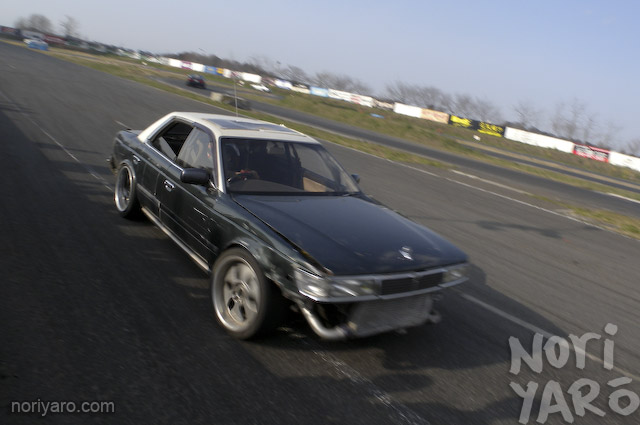 I only had the point-and-click this time, so no good action shots.

It didn’t stop me from trying though. 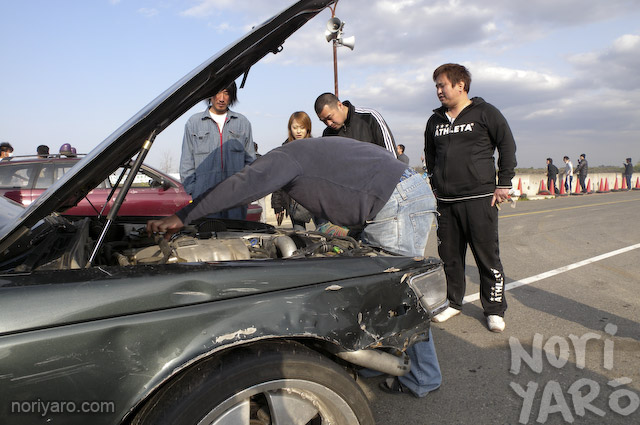 After the day was over, we had sushi at at place where you order what you want on a touchscreen, and it comes to you on a little Shinkansen.