Shino’s boyfriend Yoshio Takahashi had a big crash of his own a little while ago too, so he’s using this basic R32 GTS-t until he’s has his new S14 running. 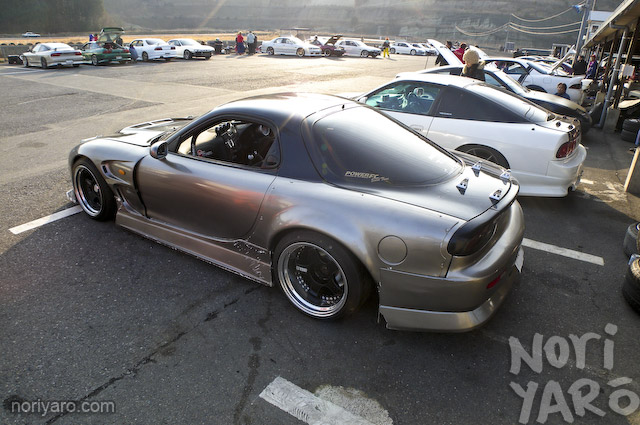 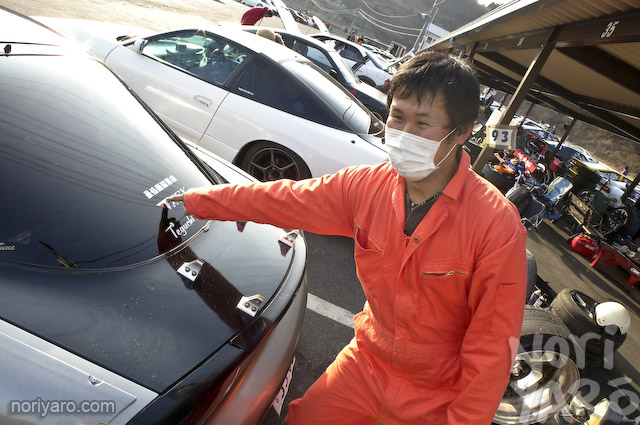 What’s that he’s pointing at, you ask? 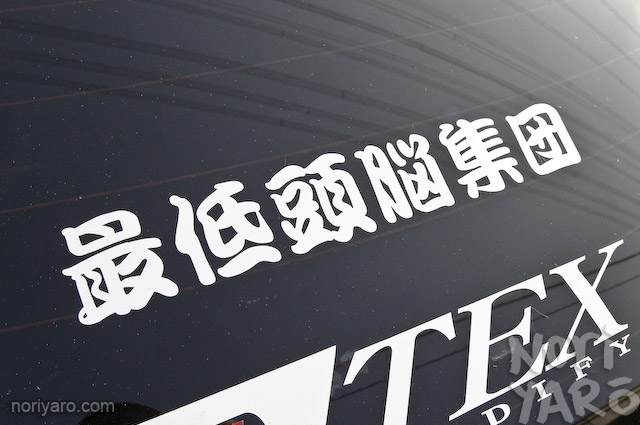 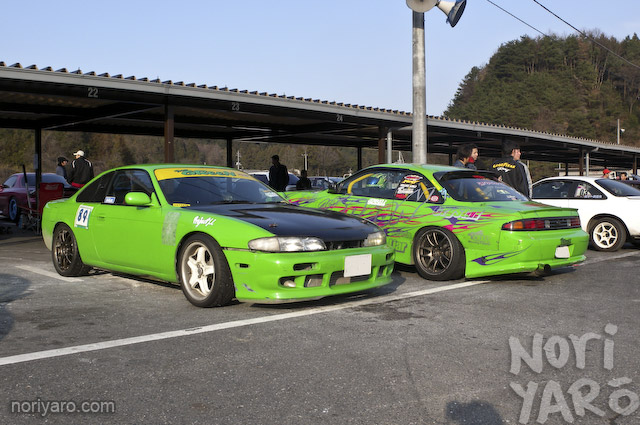 Team Green were there from Chiba. 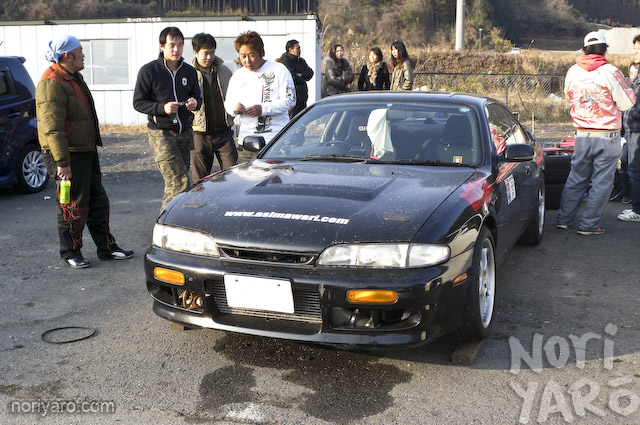 After writing off his old car at Fuji Speedway, super-smooth D1SL driver Masamune Ochiai has been using this simple-looking S14. Unfortunately, he seems to have trouble with it often, so he borrowed an AE86 for the rest of the event…

…and did this to it! 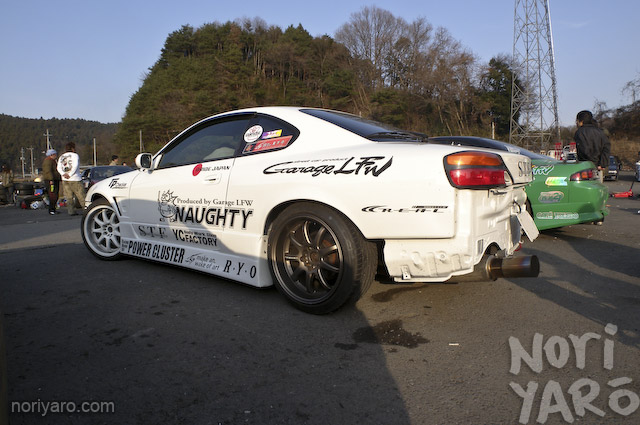 Garage LFW’s “Wampaku-san” Nakatani had his D1SL S15 there for testing. 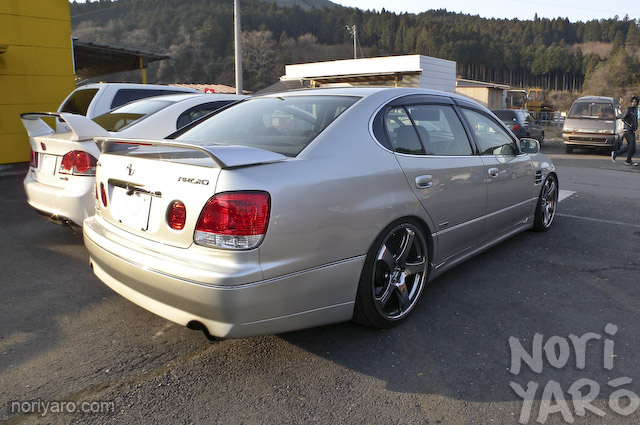 This is his daily driver. Nice, eh? 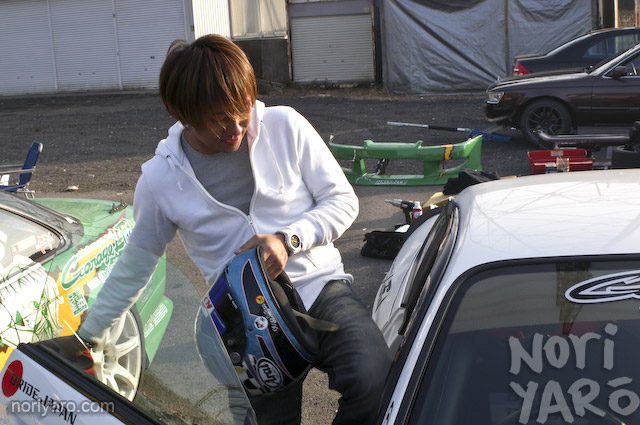