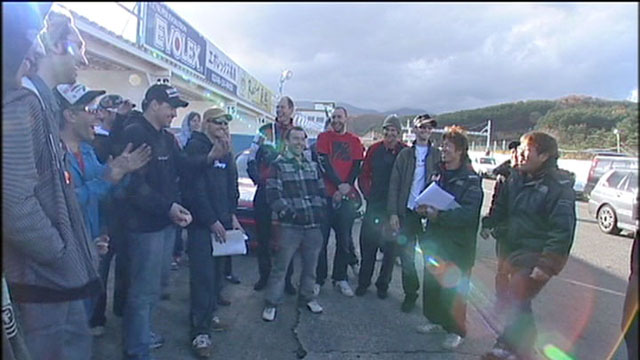 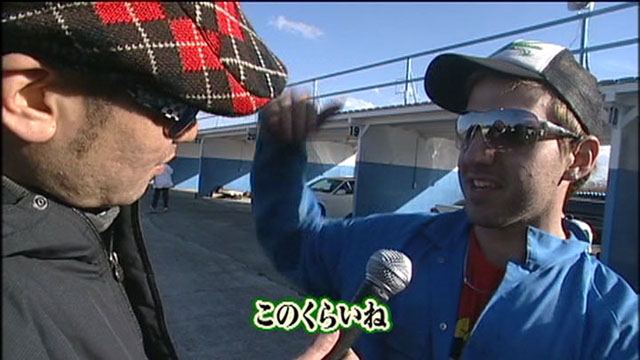 Some weirdo Australian describing how big his penis is.

“About this much” the subtitles say. 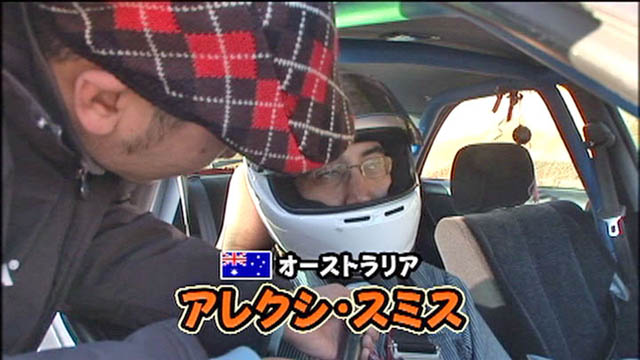 I made it onto Masa Bandoh’s “Interesting Gaijin Pick-Up”, mostly because I made fun of Orido. 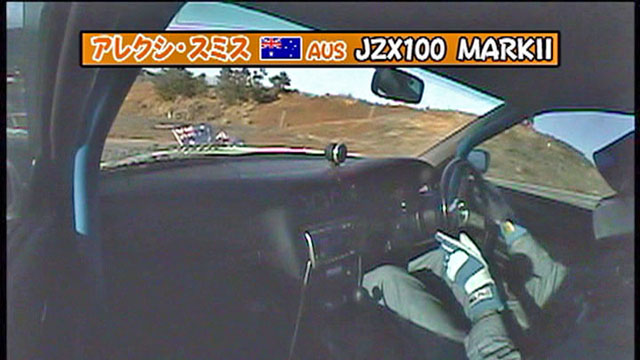 In-car camera! Hrm, my driving didn’t look too spectacular from the inside, mostly because it wasn’t.

Awesome, the “daitouriyousha” made it on too! 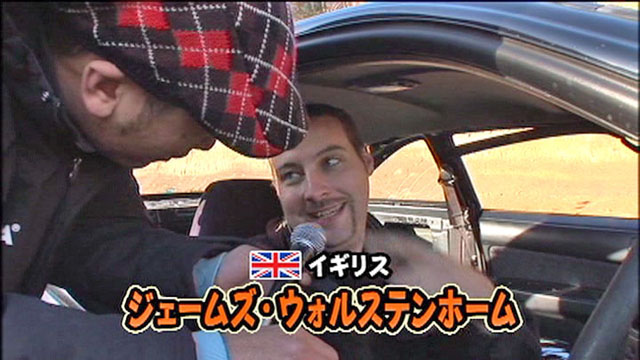 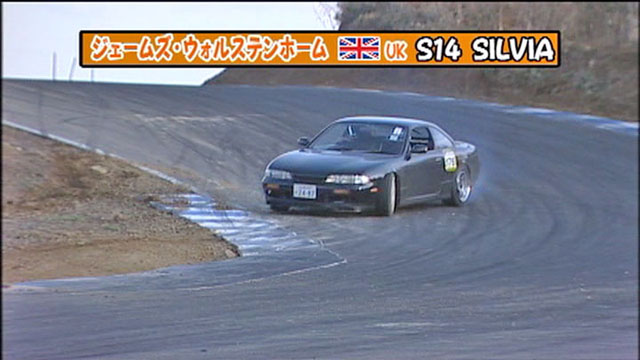 Needs a bit more “outo outo” on the line there!

Paul Vlasblom was the only non-Japanese speaker to make it on to the start-line driver interviews. 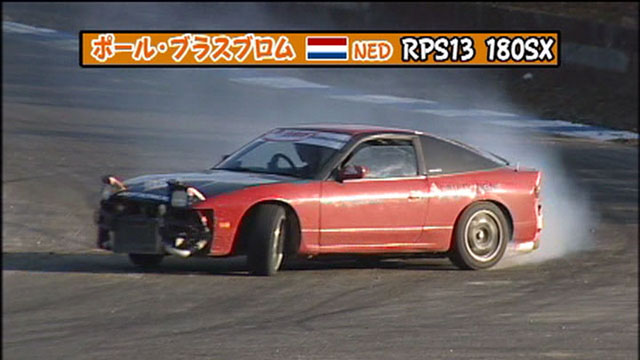 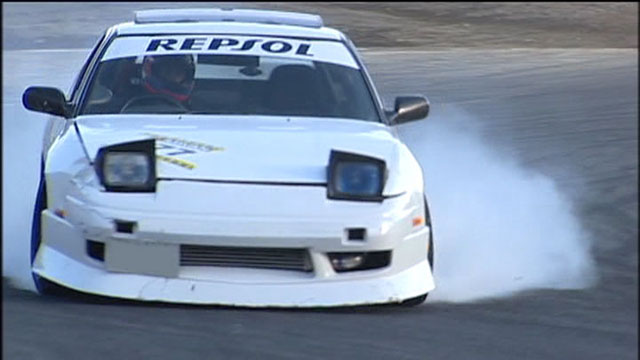 …understeers and lock it up… 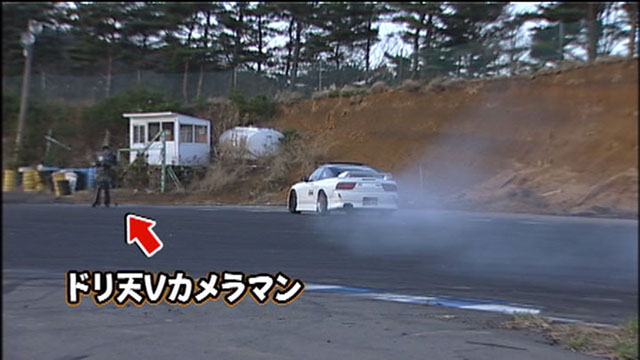 …straight at the Doriten cameraman!

“Why the hell is he standing there?” 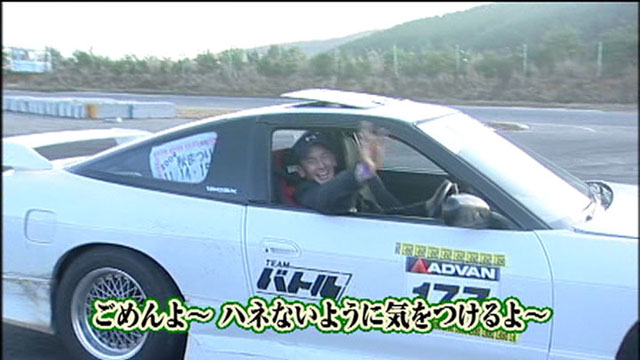 Shane apologises to the cameraman. 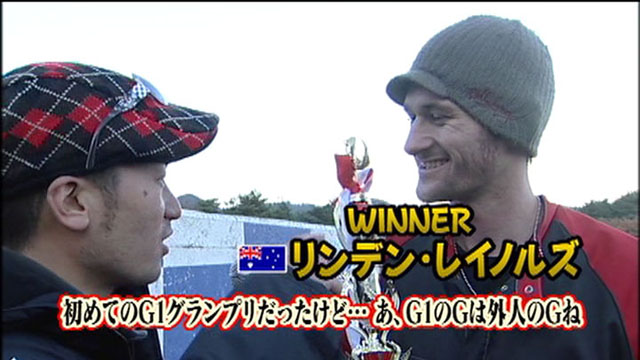 The winner of the event, Rinden Reinoruzu, otherwise known as Linden Reynolds. 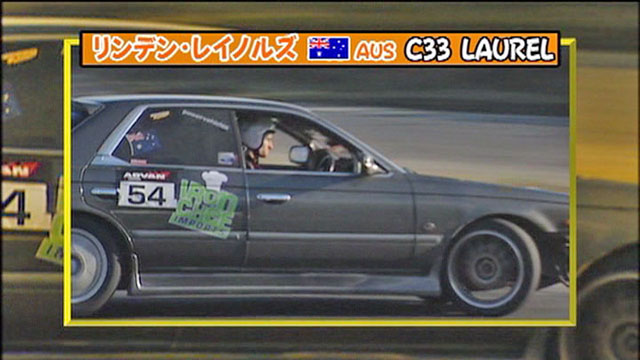 Here’s one for Kristian. Happy, mate? 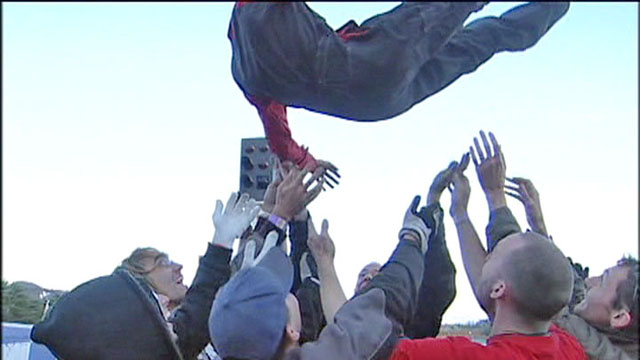 Keeping things in the tradition, we threw Linden up in the air three times.

Before anyone asks, because I’m not in Japan at the moment, I’m not able to send any copies out of the country until I get back just before the new year. If you desperately want to get yourself a copy of Drift Tengoku DVD Volume #55, talk to Jesse at http://www.jessestreeter.com/ and he should be able to sort you out.