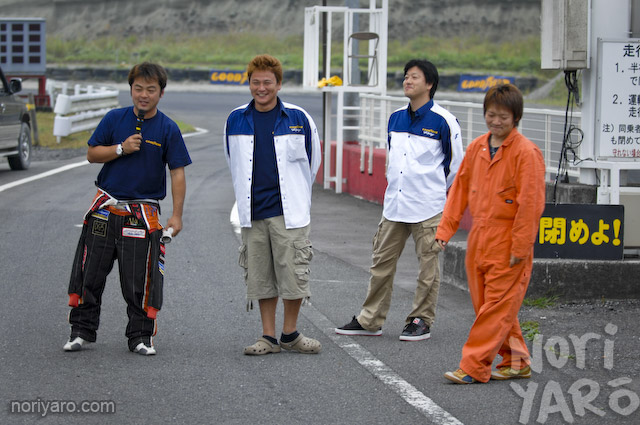 The judges for the event were Godyear-sponsored D1GP drivers Kunny and Tezuka. 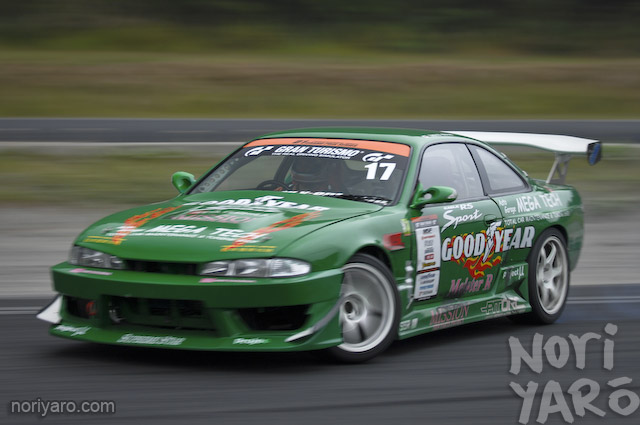 Goodyear driver Murayama was there to do demo runs and take passengers for rides as well. 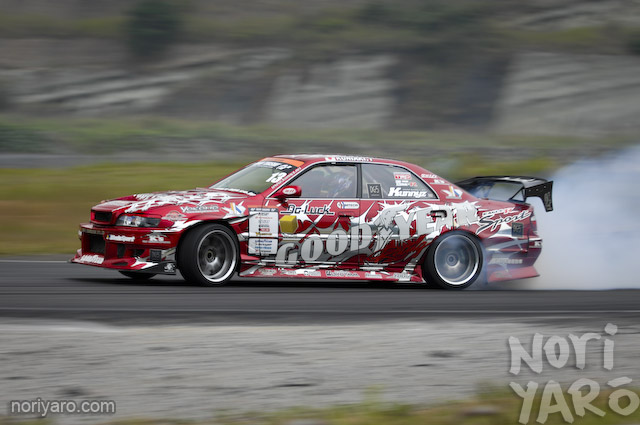 Kunny brought his D1GP Chaser to do the same. 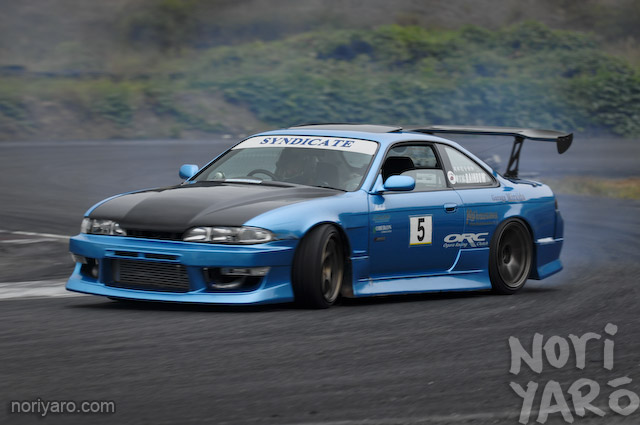 Most of the cars at the event were like this. Neat, well-sorted drift cars. 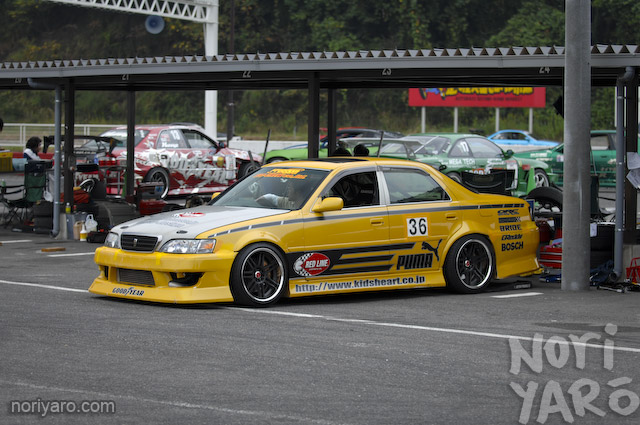 Of course, some had a bit more of a street style to them. 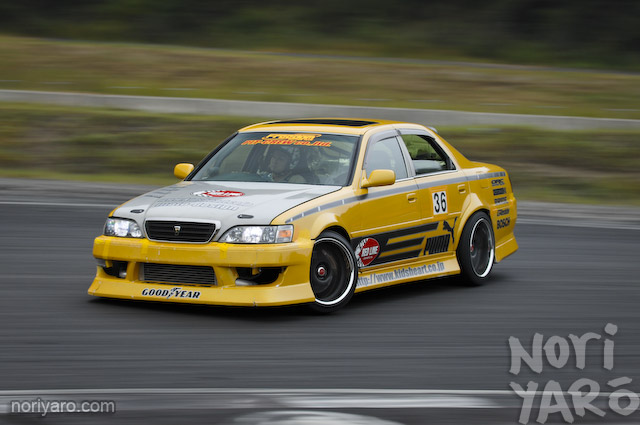 This Cresta had come all the way up from Nagoya to compete. 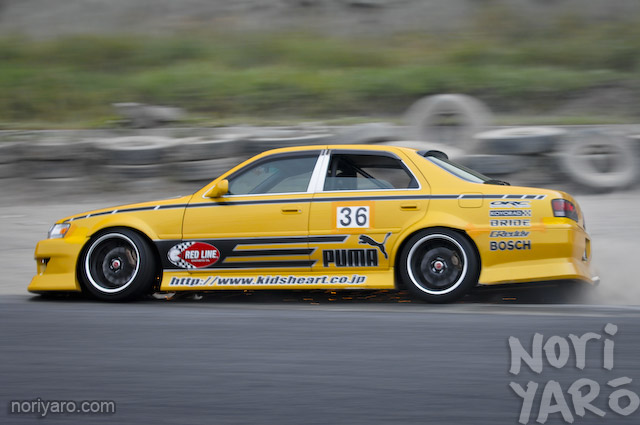 The edges of Nikko aren’t too kind to low exhaust systems. 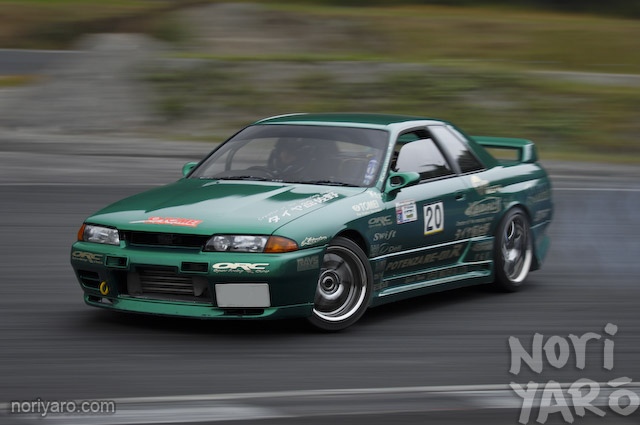 Once again, most of the cars were quite neat. 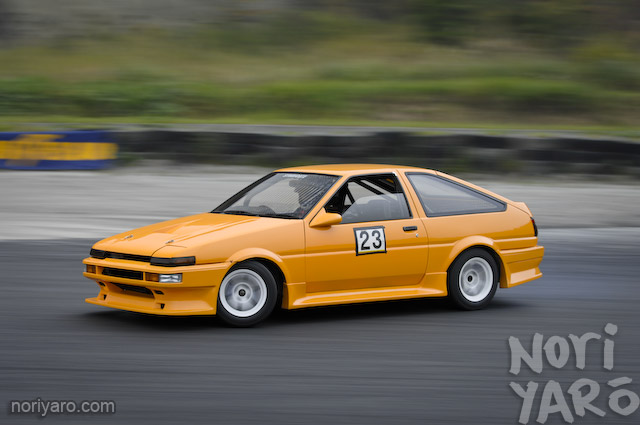 The judges kept saying this AE86 reminded them of Ken Maeda from several years ago. 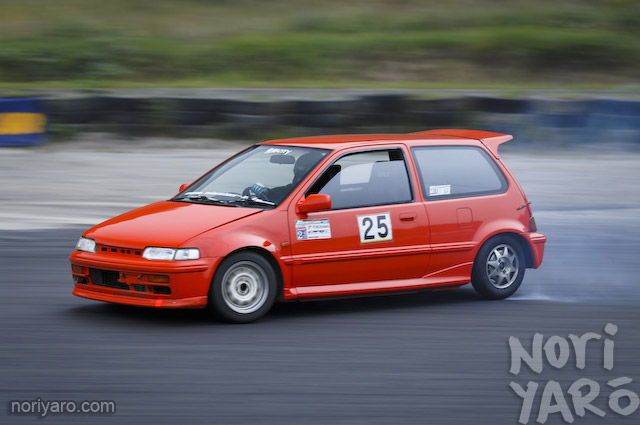 Despite being front-wheel-drive, this Honda City was also competing.

More than a couple of times, the judges were wowed by his angle on the first corner. 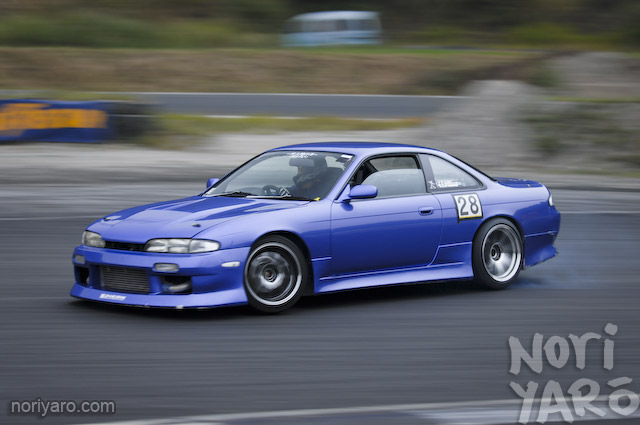 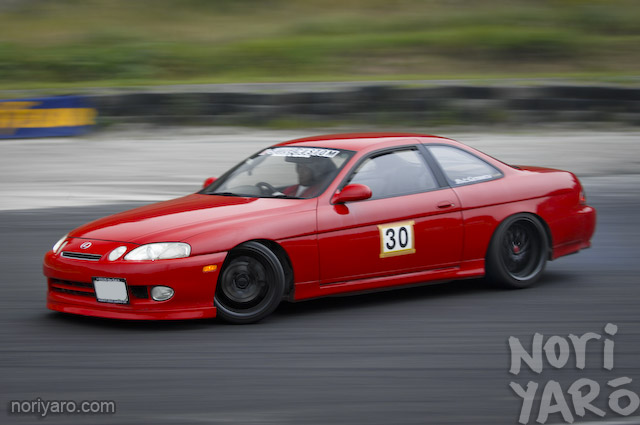 Neat and low. That reminds me, I need to wash the Mark II. 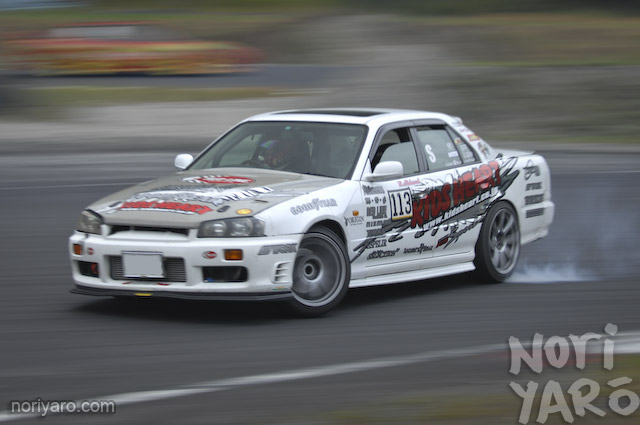 Rie Shinmi had also come up from Nagoya with Tezuka. 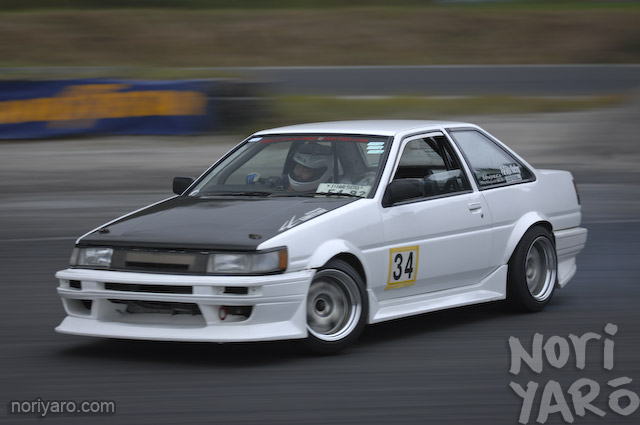 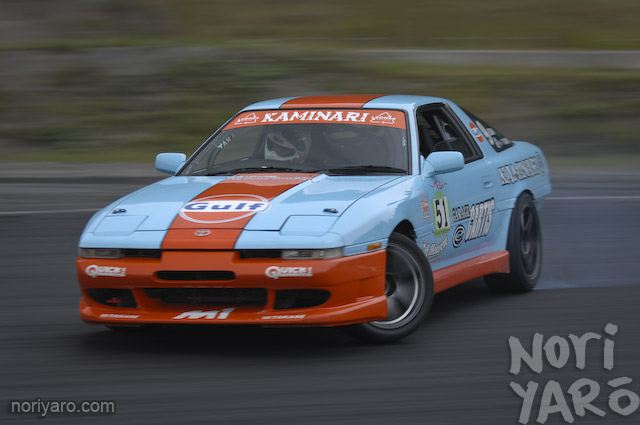 This Supra is actually one of two cars driven by a guy and girl team. 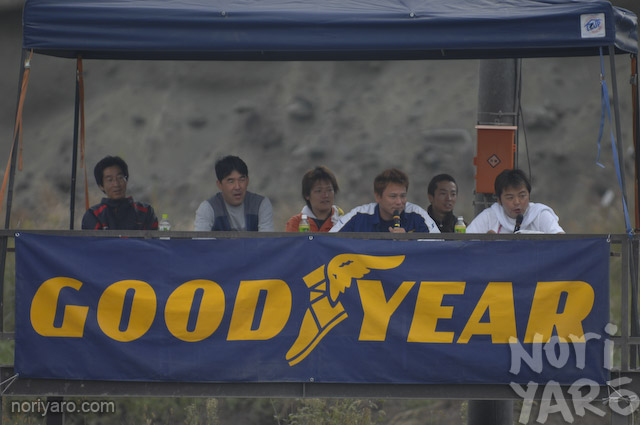 Kenji Takayama also joined the other D1 drivers in the judging stand. 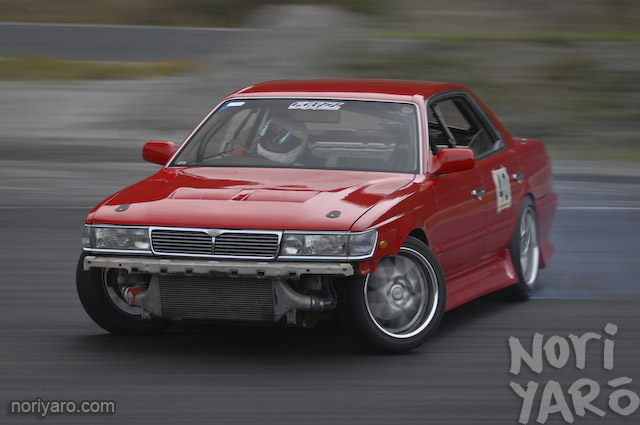 Laurels are kind of uncommon to see these days, but the people who drive them tend to take good care of them. 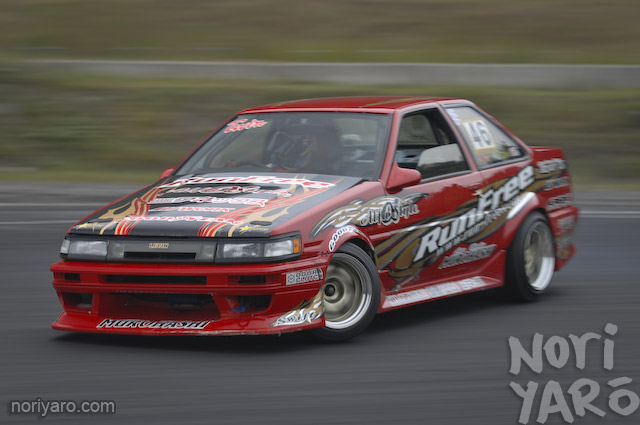 AE86s are a little more common, and quite a few of them look awesome, like this Run Free one. 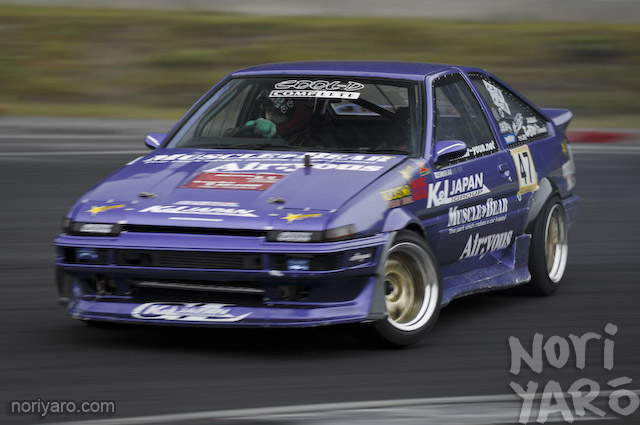 Tomonori Akai was there too. 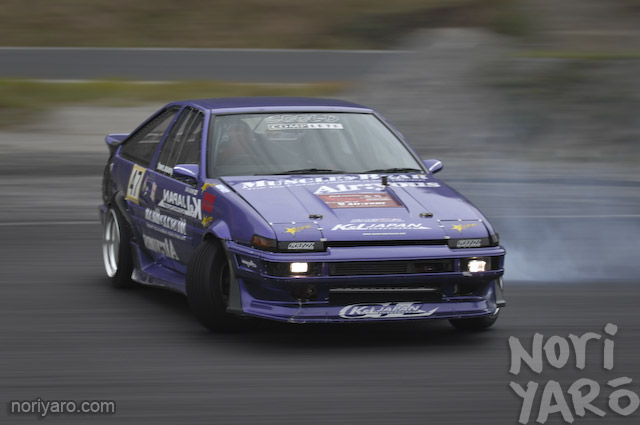 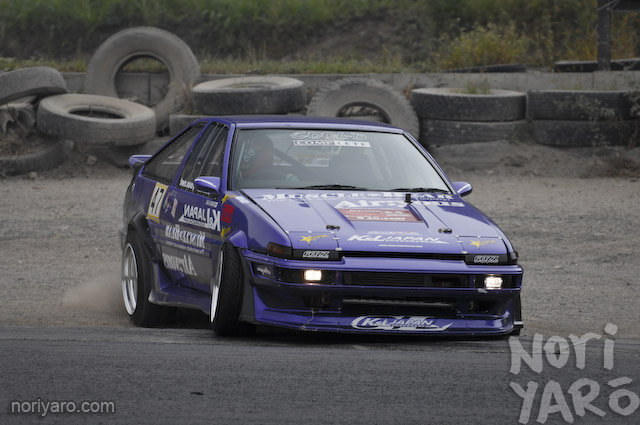 On this run, he hung the car up on one of the edges of the track, which is pretty easy to do at Nikko. 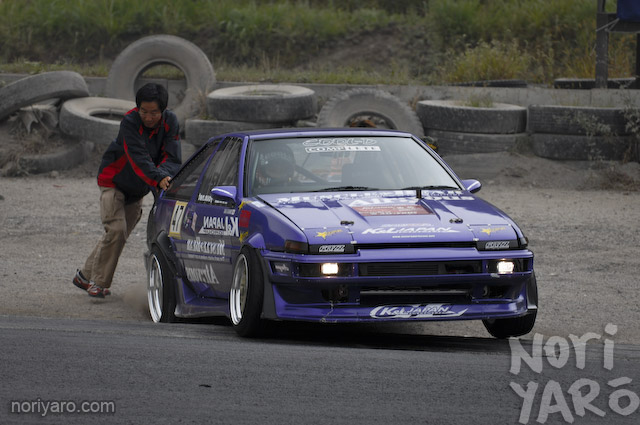 The judges had to jump down and push the back of the car down to get the wheels to grip. 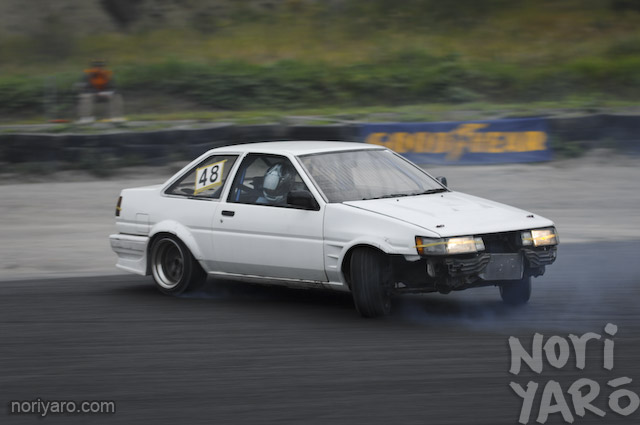 What do you do when you spin out? Panic? Jam on the brakes? 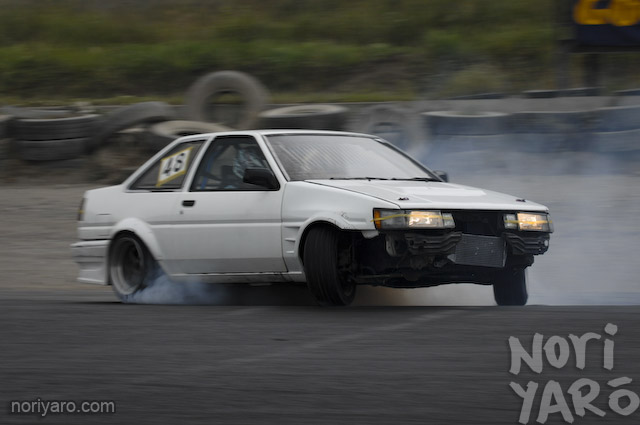 Nope, stick it in first and floor it!