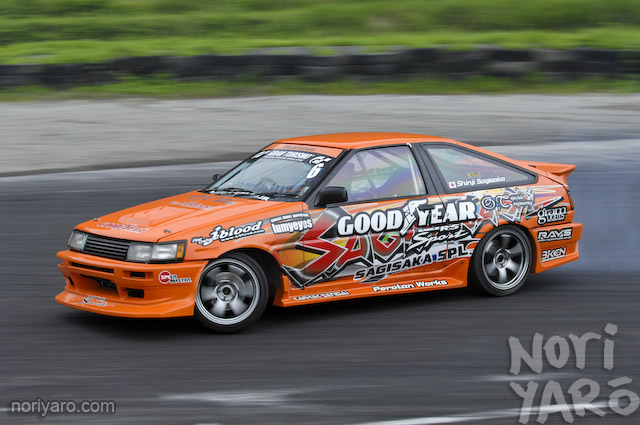 I hadn’t actually decided to go to the event until about 2:00AM on the morning it was on. D1 driver Sagisaka-san was staying over at our house after driving all the way down from Sendai and he had a spare seat in his truck. Since it would be more fun than sitting around the house and working on the computer, I fairly quickly chucked the camera batteries on the charger and tried to get some sleep! 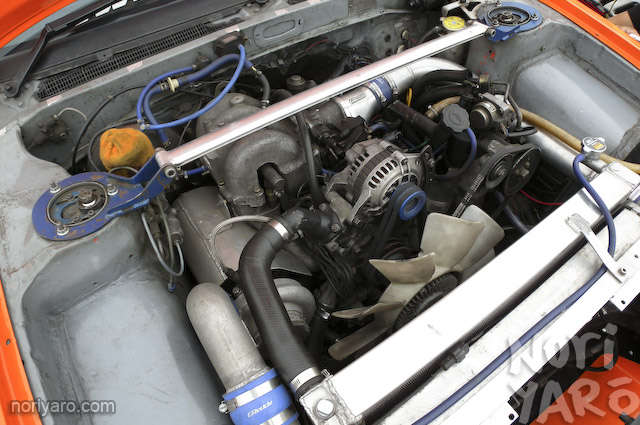 It may seem inappropriate to use an AE86 with a 13B turbo as the leading car of the article, but Sagisaka-san gave me a lift all the way to Nikko, so it’s only courtesy I return some sort of favour! 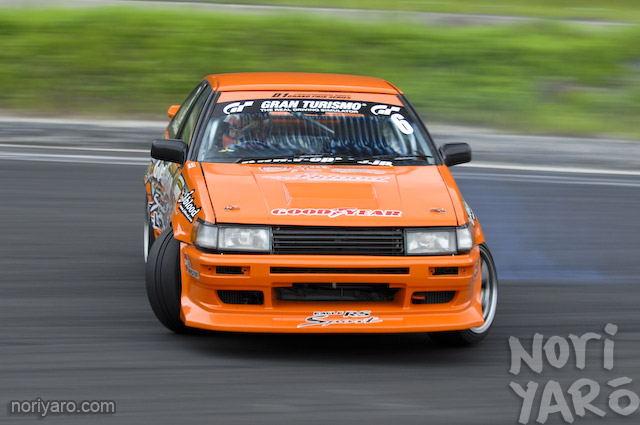 A full J-Blood kit, screaming rotary sounds and Sagisaka-san’s custom steering knuckles give the car a fairly indimitating appearance on the track. 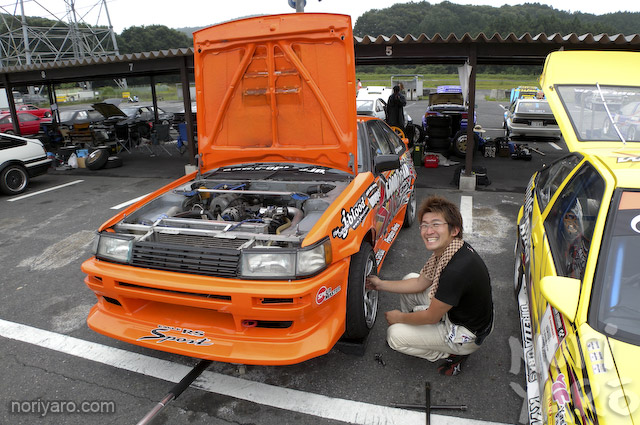 Thanks for the lift mate! 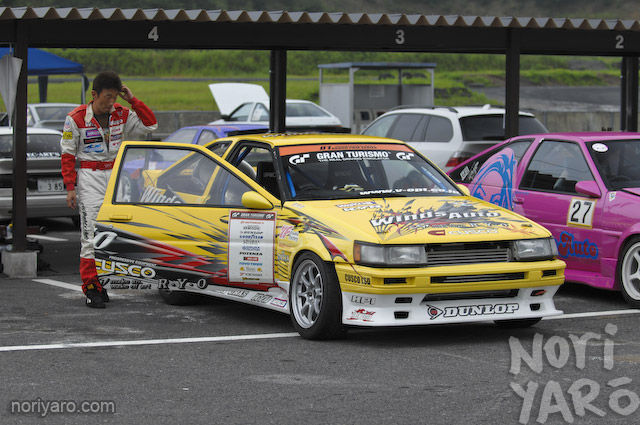 Another D1 AE86 driver there was Winds Auto’s Obata-san. 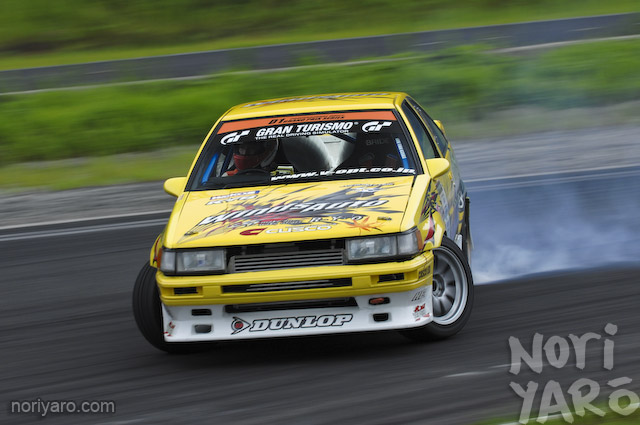 Once again, his car is powered by something other than Toyota as well, an SR20DET in this case.

I think I’ve run a couple of pics of this radiator setup before, haven’t I? 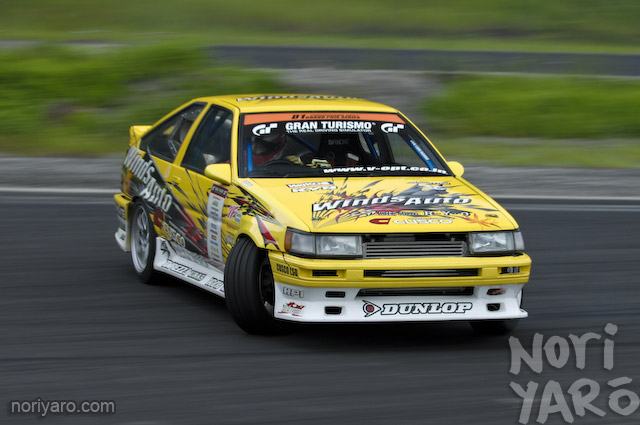 Obata-san was aero-sponsored by URAS, so that’s what his car wears. 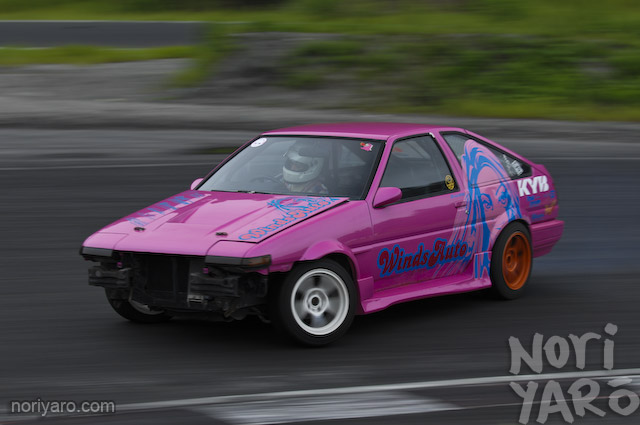 Obata’s wife Hiromi is a pretty competent handler of 86s as well. 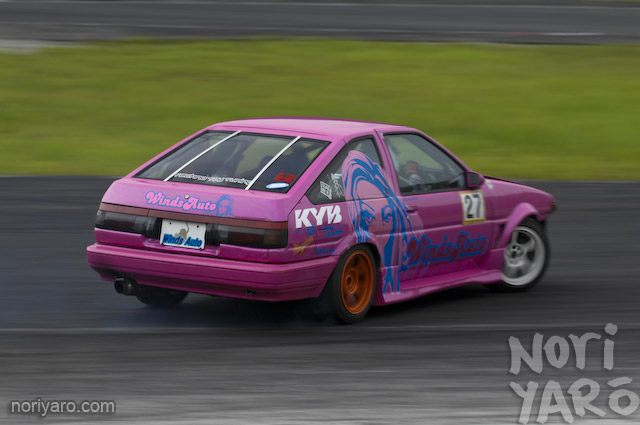 I think she placed somewhere in the drift competition, but I had to leave before it was announced, since the ride I managed to find back to Tokyo wanted to head back early. 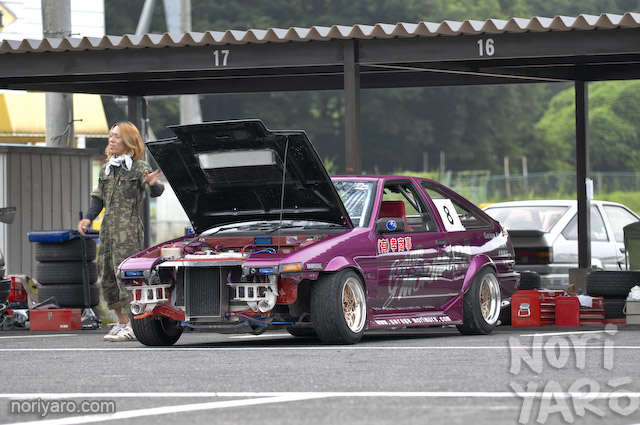 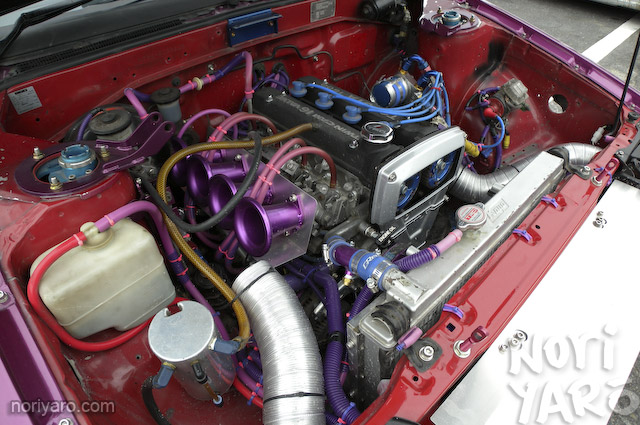 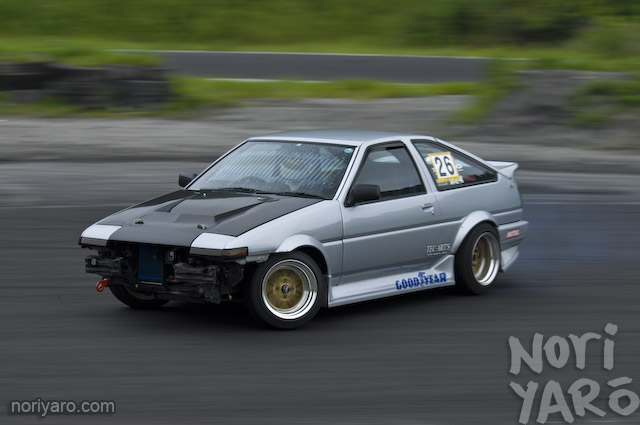 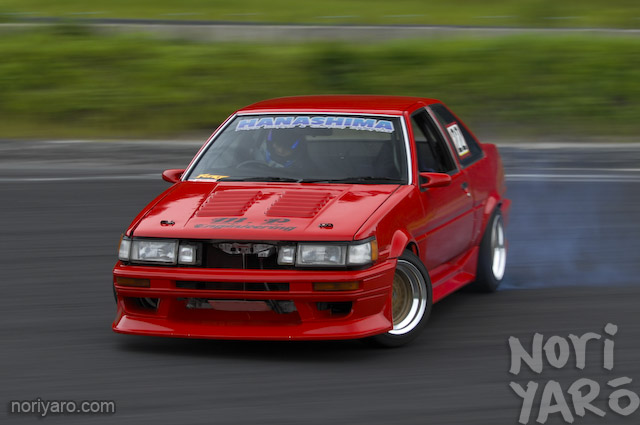 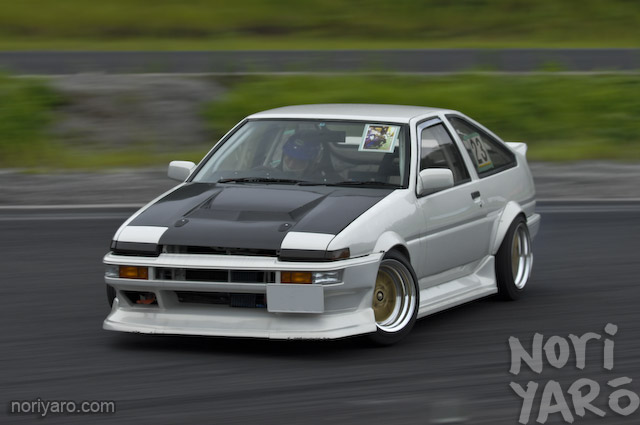 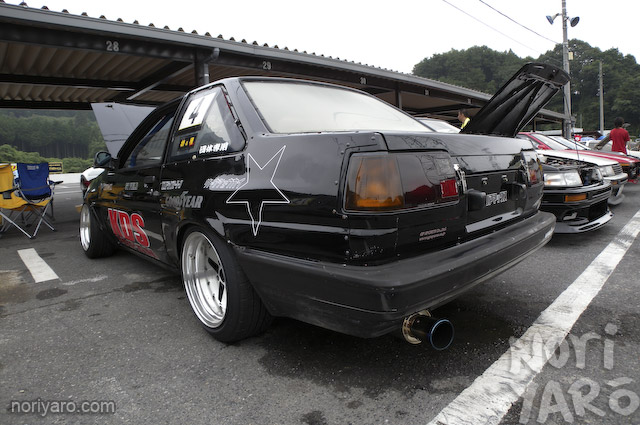 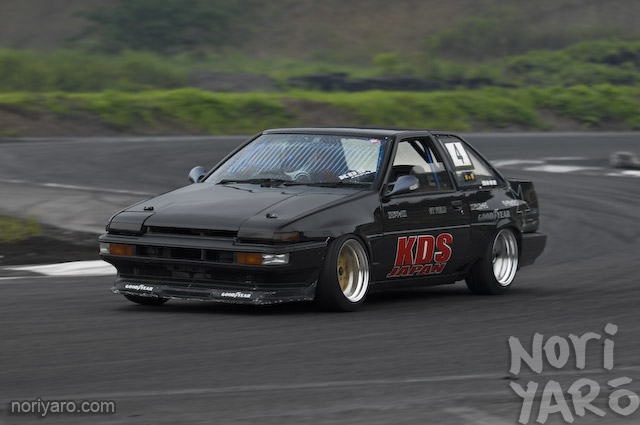 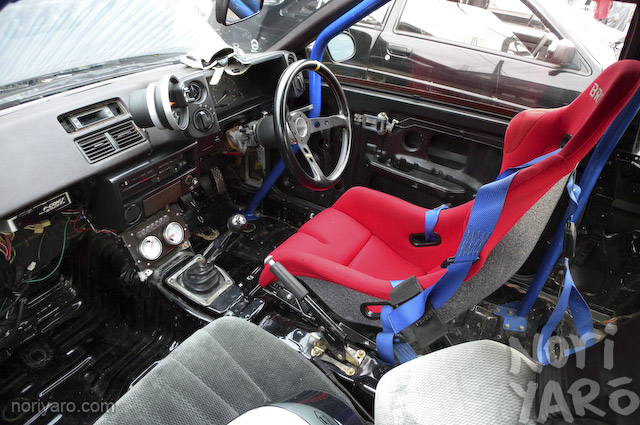 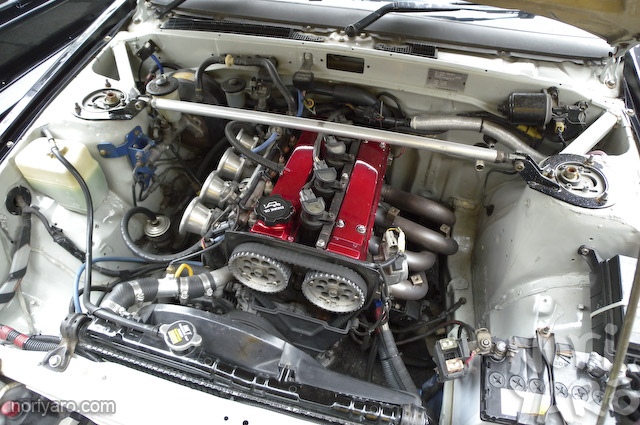 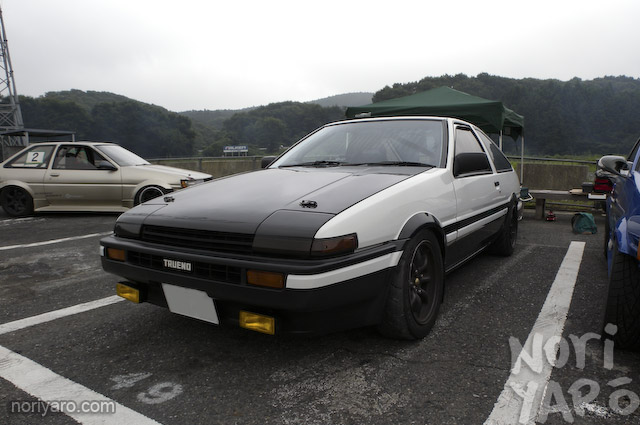 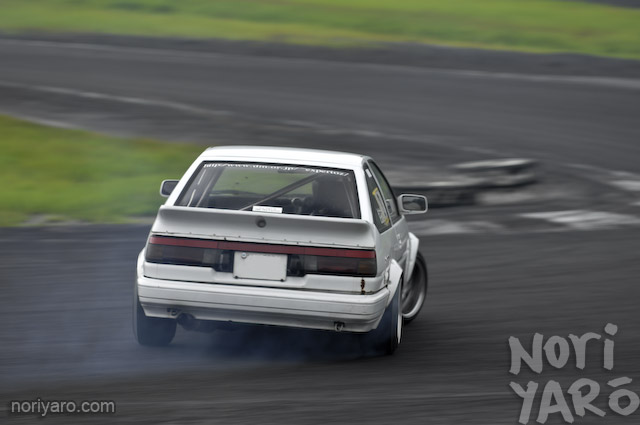 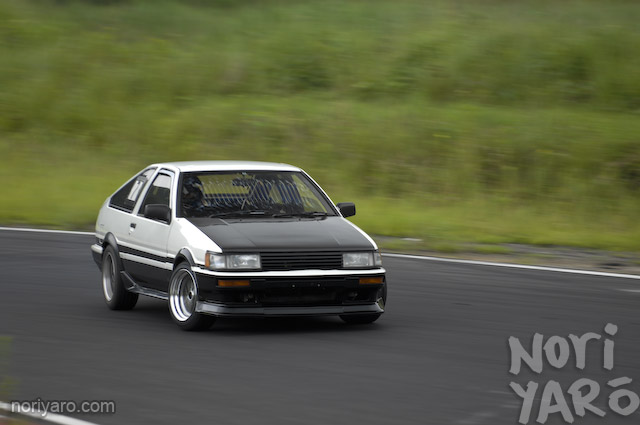 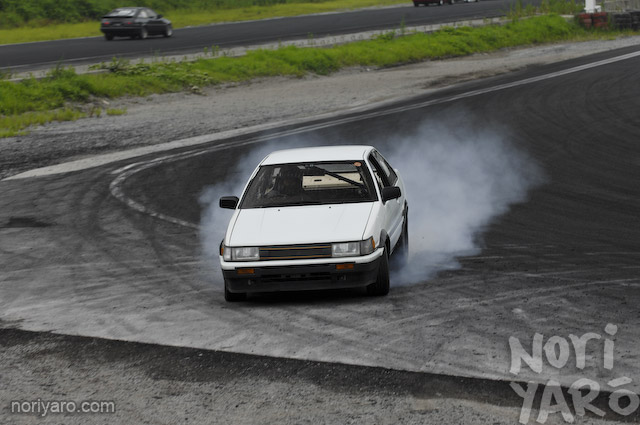 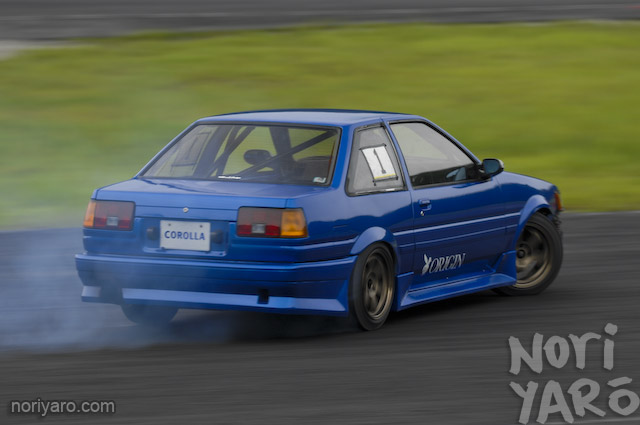 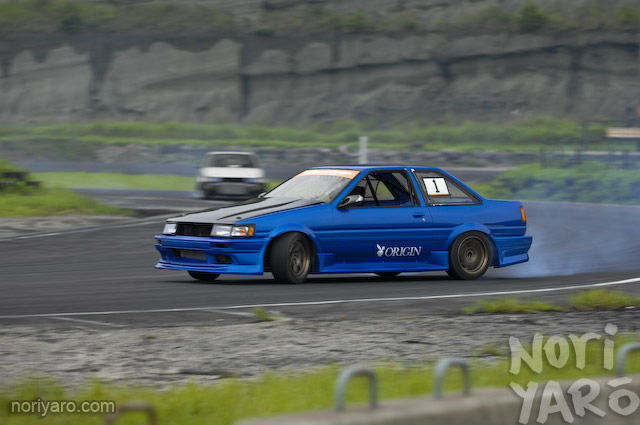 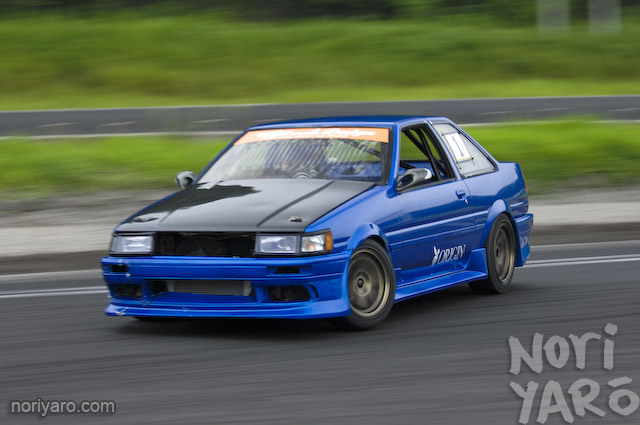 That’s a girl driving there, if you didn’t notice.