Here’s what the track looks like! It was laid out to be a copy of Ebisu Circuit’s Minami course. 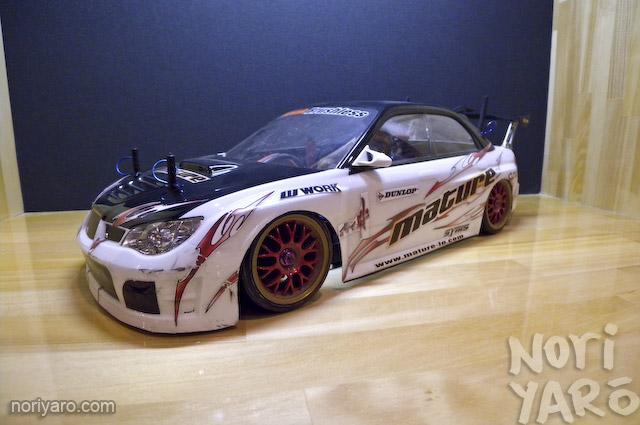 Along the side of the room are fifteen “pit” area tables with their own lighting and power sources. This shell was done up as a copy of the Mature drift WRX. 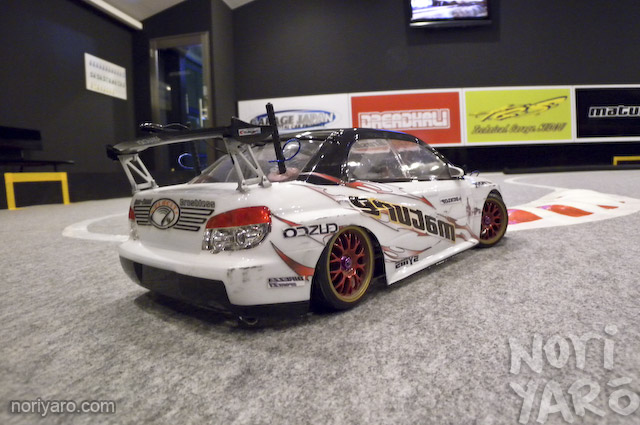 Just like the real thing. The room is also equipped with big LCD TVs and air-conditioning. On that day, a snowboarding video was playing “because it’s too hot outside, and this has a cooling effect” they said with a laugh. 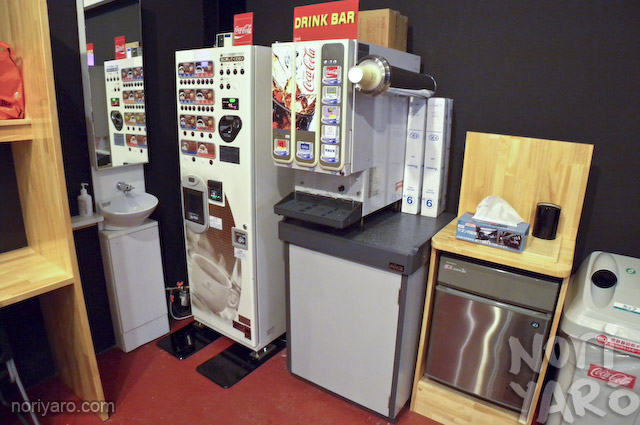 Here’s the best part. All you can drink coffee, tea and soft drinks! Of course, you need to pay to get in, but the rates are pretty good for what you get. Since Nikko Circuit is only about fifteen minutes away and the “Mature Premium Circuit” is open until pretty late at night, I might have to get an RC car and head over there after circuit days at Nikko to kill some time while the evening traffic dies down for the trip back to Tokyo! 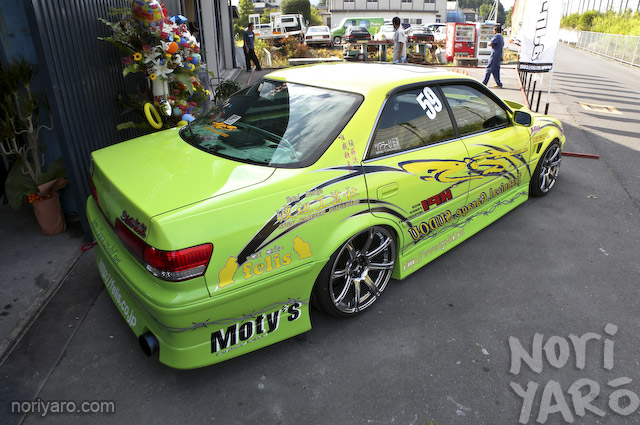 Let’s have one more look at that JZX100. Nineteens on the back, thank you very much. 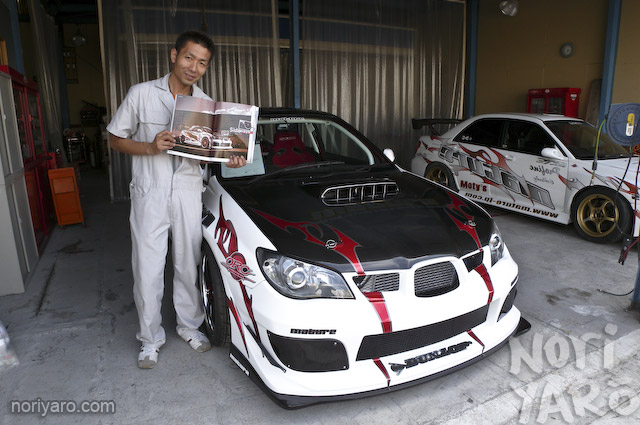 Here’s Yoshibumi-san with the article I wrote about their two-door GC Impreza with Mature’s GD nose conversion kit, shot by Mark Pakula. You can read it in the latest issue of Auto Salon Magazine.