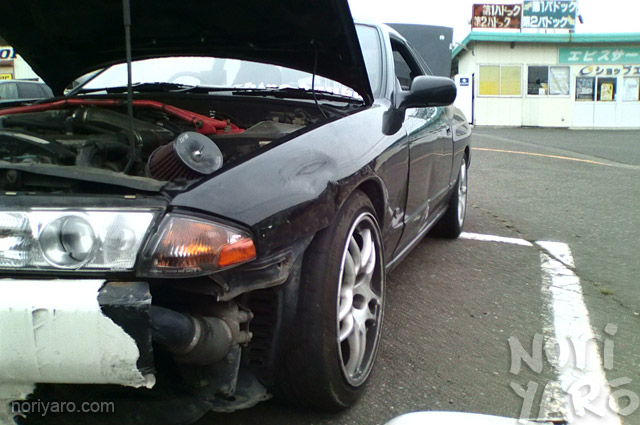 So, once again, Drift Matsuri was a whole lot of fun.

Here’s a list of the fun things I did that I can remember:
Rode in Yasushi Wakamatsu’s NA RB25 R32 practice car on Nishi Course, then had him ride in my car to check my style. He said my steering was very smooth, then he said something about Jack Bauer.

Met a bunch of crazy Air Force guys from Yokota who gave me beer that tasted like water (just kidding, thanks guys) and finally met Lindsay Ross.

Won a copy of the Bakusou Drift R movie, which was shot mostly at Ebisu Circuit, in a game of janken with Naoto Suenaga.

Absolutely killed some big sanpatsu drifts on the main straight on Kita Course, missing the wall by centimeters, according to one guy who was standing in the gallery.

Met up with D1SL driver Kitaoka-san and his girlfriend Yuki after a long time. Yuki’s really cute and speaks good English, which is a bonus. Kitaoka-san was driving a JZX90 missile that used to belong to Daigo Saito, and had fitted it with roof-mounted spotlights.

Probably set a new personal best record for changing a tyre with the Ebisu tyre machine, which is the most busted one you’ve ever seen.

Here’s some of the things that sucked:
Crashed headfirst into the wall at Minami Course (the D1 track) and smashed my front bumper, cracked the kouki indicator, dented the guard and dented the door, which you can see in the picture above.

Didn’t have enough power to do some fun things that other people were doing.

Fell asleep in the car at 9:00PM and didn’t wake up until 7:00AM, so I missed drifting on the touge course at night, which is fun.

My fellow Aussie Andy blew the second piston on his S14’s SR20 on the third lap of the first morning. I think he’s going to quit drifting now. 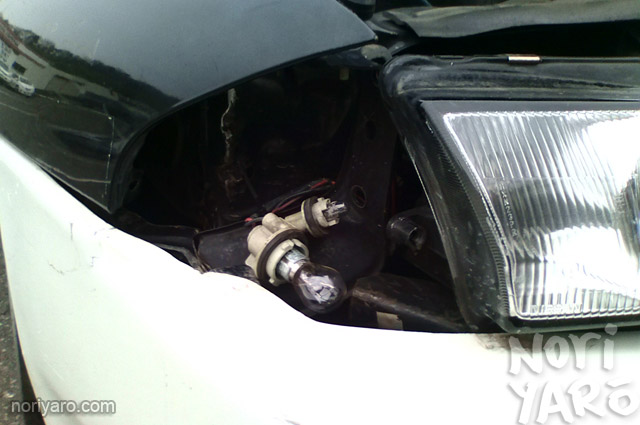 Also, this random guy wasn’t watching where he was backing up in the pits, and ran into me. He only tapped me, but it must have dislodged the indicator, so it fell out! I had to rig up a new indicator with some spare parts I had pulled out of a garbage pile at Nikko Circuit a few months ago. I knew it would come in handy some time! 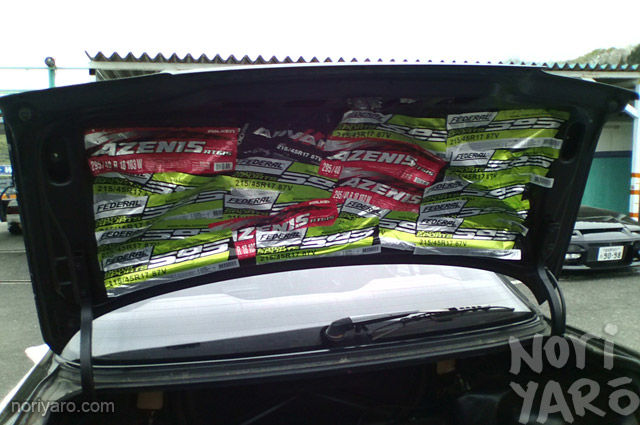 I made my tyre sticker collection a bit bigger too. Those Falken stickers are actually from Vaughn Gittin Jr’s car, that his mechanic Mickey stuck on there. I highly recommend the V-rated 17-inch Federal SS595 tyres. For some reason, this size and speed rating lasts forever, doesn’t chunk and has a very linear loss of grip as they go bald. 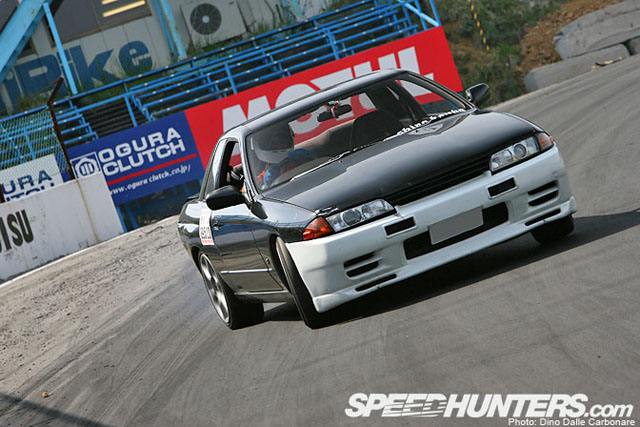 Someone finally took a photo of me, thanks Dino! That’s kicking it sideways into Minami’s downhill, obviously some time before I stacked it. You may also noticed that I finally lowered the Skyline a bit.

You can check Dino’s coverage on Speedhunters as well as Keisuke’s from 86fighters (when he puts it up) and Peter’s from 7Tune. Luke from Running Life was there too shooting video, but that might not be up for a little while.

You can see why I didn’t end up shooting, since there were a bunch of dedicated guys there doing it all weekend.

Also, because I had a car to drive, a bunch of tyres and drifting heaven at my disposal!