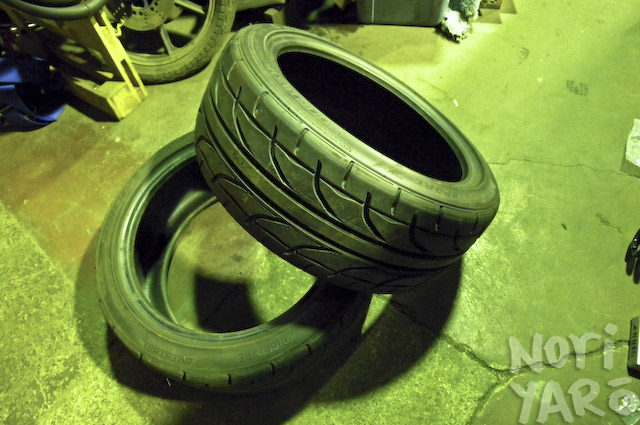 Shino happened to have a couple of cheap Direzza Z1s in my size with 90% tread lying around, so I bought those to stick on the front as well. Everything I had heard about them turned out to be true. They take a long time to warm up, are kind of weird in the rain and have a very stiff sidewall, but the grip is awesome in the dry. The newer Star Spec model is said to have fixed all these problems though. 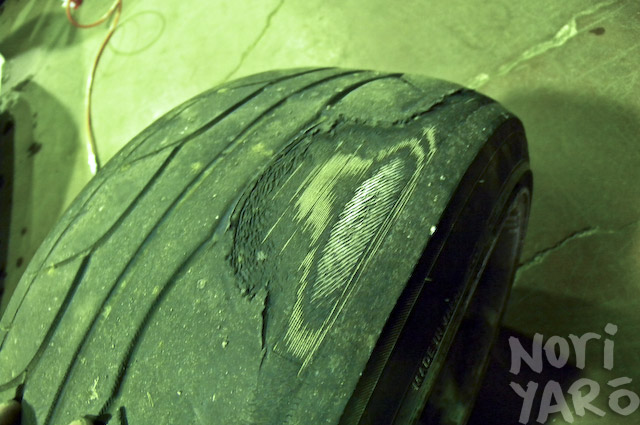 Yeah, think it might have been the right time to change these Neovas? No wonder it was aquaplaning a bit at YZ Circuit. The Neovas were awesome in every condition and felt as good in the wet as they did in the dry, but chewed out really quickly under strong toe-out, which I ran for a while to try and get used to the Skyline. It’s set back to almost neutral now though, which means better tyre wear and more speed through the corner, but less angle. I might have to speak to Mikami-san at 3UP about his modded knuckles.

Also, you almost forget how nice it is to drive on an expressway with tyres that aren’t flatspotted. Usually, that feeling doesn’t last for the ride home though.