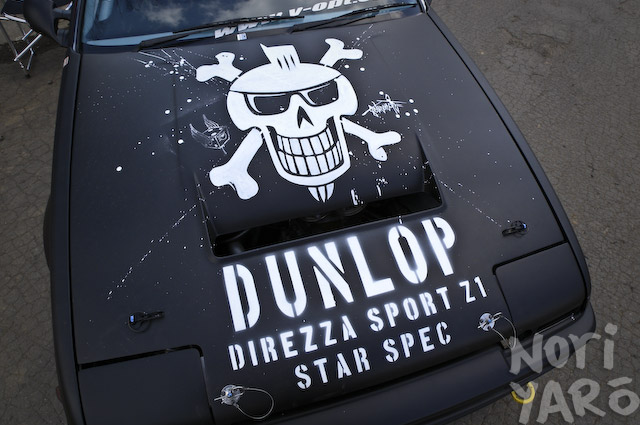 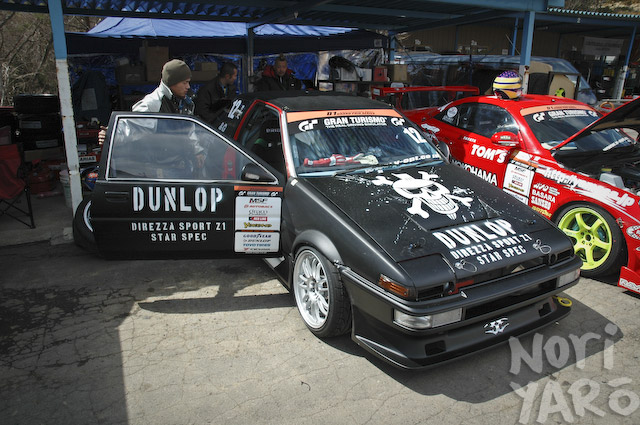 This is what Toshiki Yoshioka’s old red AE86 looks like now. Handpainted skulls and stencils on flat black, and being driven by Tetsuya Hibino. 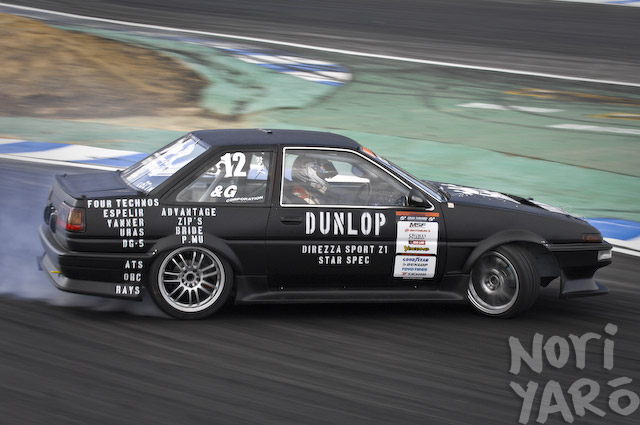 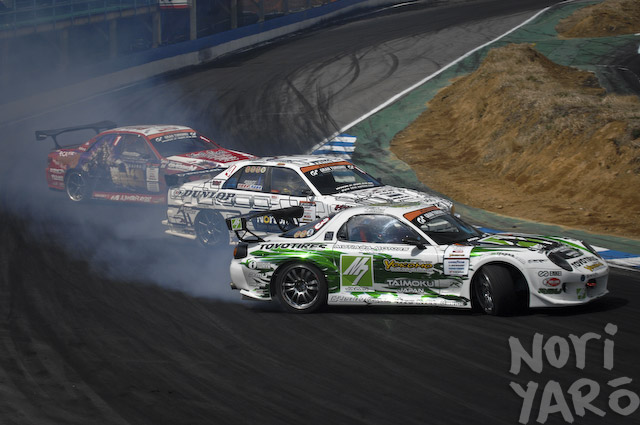 The RE Amemiya RX-7, Blitz ER34 and last year’s champion Daigo Saito’s JZX100 Mark II still look the same as last year, but have changed their sponsor stickers a bit. 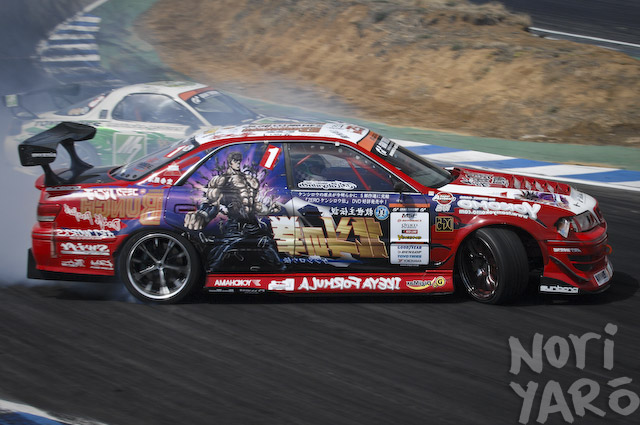 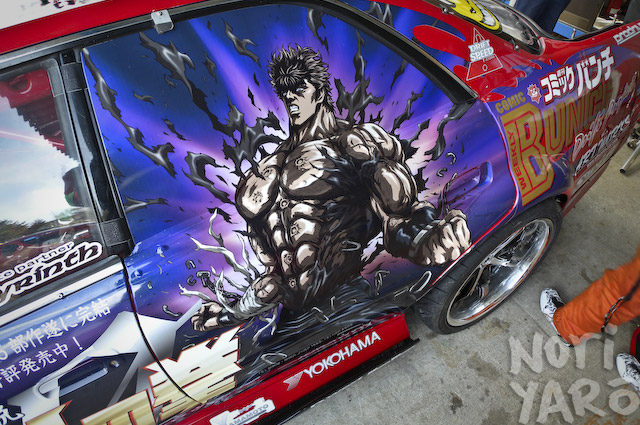 The best part is the full-door vinyl graphic of Kenshiro from Fist of the North Star. 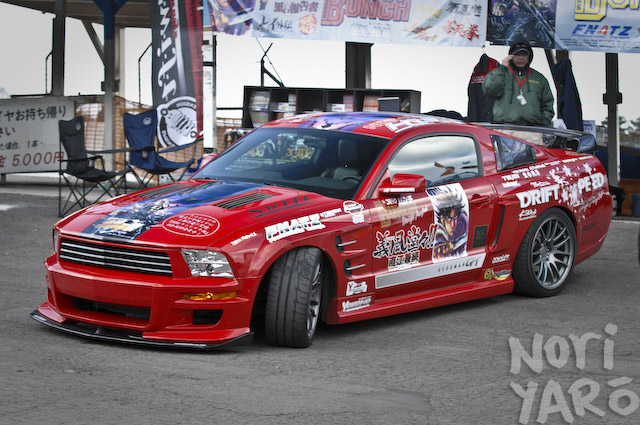 His Mustang is still pretty much standard. 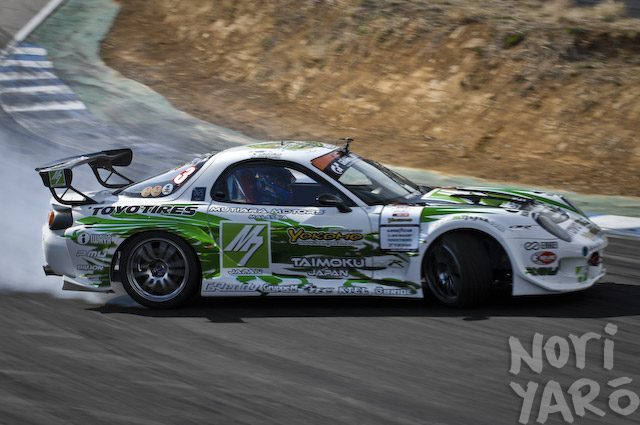 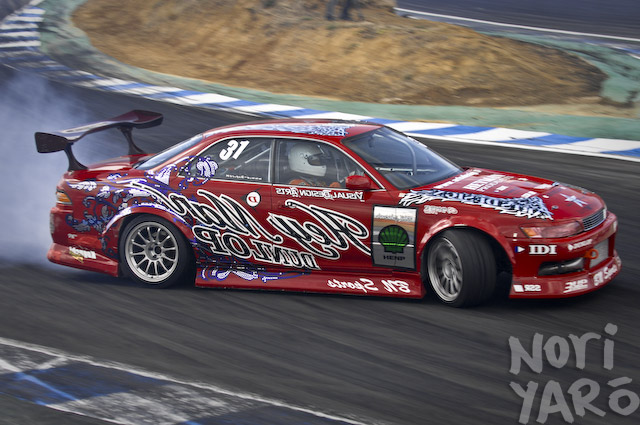 Shinji Minowa drove this JZX90 and just barely scraped through to the second qualifying round tomorrow. 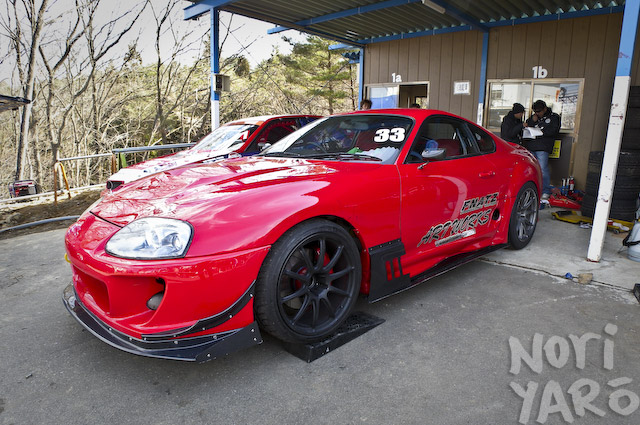 Robby Nishida drove this Supra (that belongs to Daigo Saito) but didn’t manage to make it through. 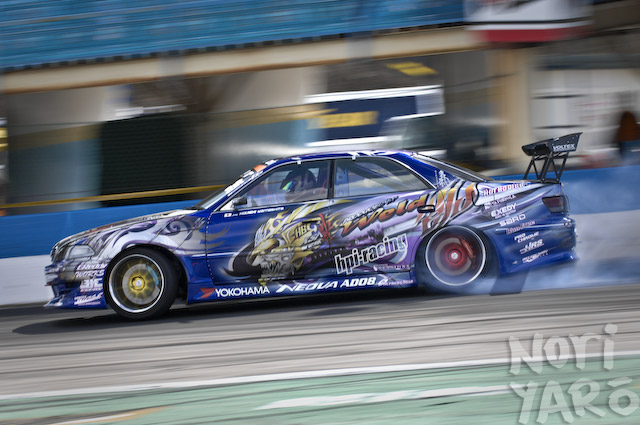 This will make AE86 people sort of happy. Kouichi Yamashita is back, and qualified for tomorrow driving the Weld JZX100. 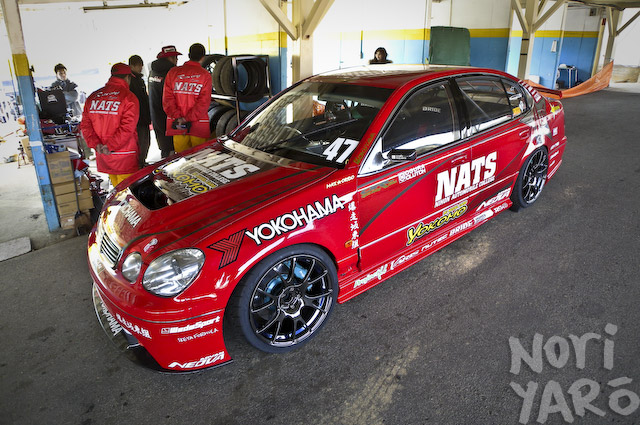 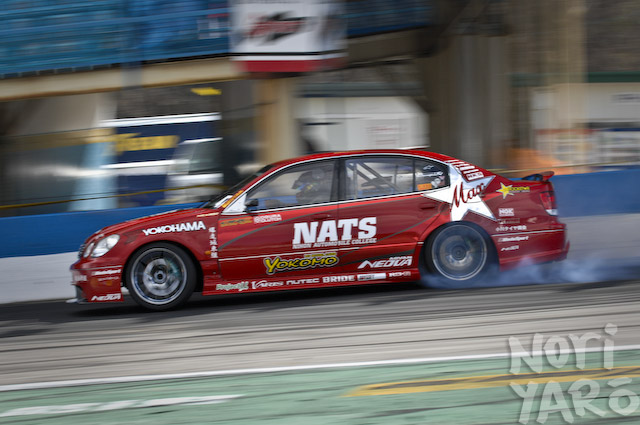 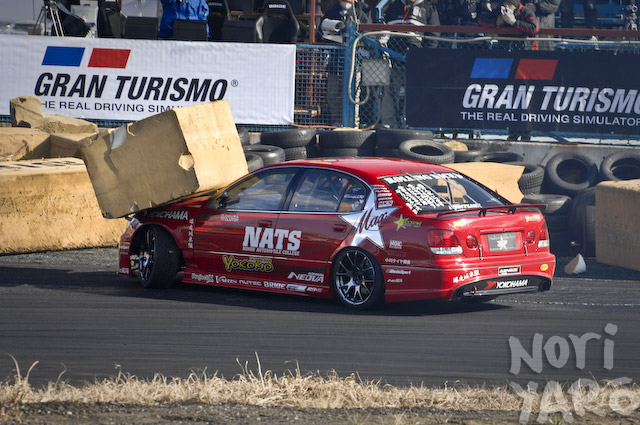 It even looks neat with a big foam block on it. 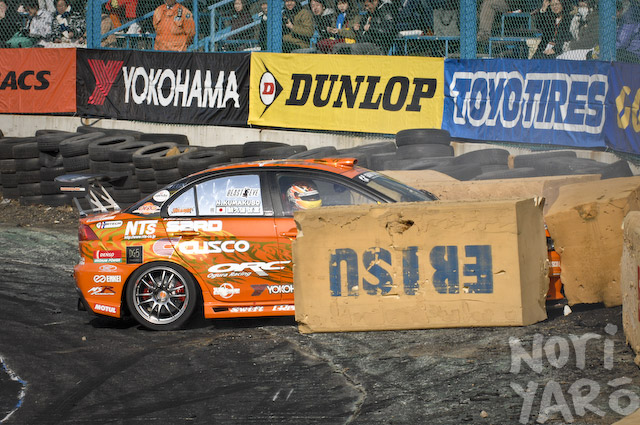 Kumakubo had a bit of trouble in the morning… 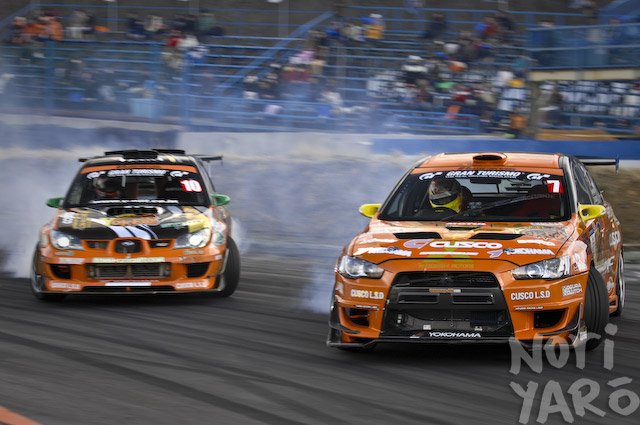 …but by the afternoon, was doing stuff like this.