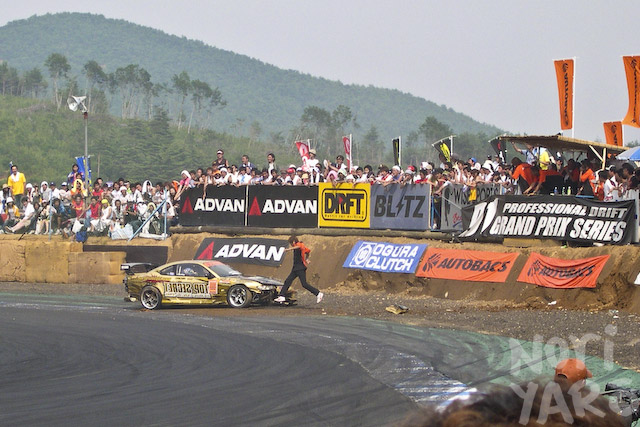 The Silvia made a really loud thump as it hit. It wasn’t the usual “crushing an aluminium can” sound of a car crash.

Orido was the first person on the scene, after jumping down a couple of meters from the judging stand. 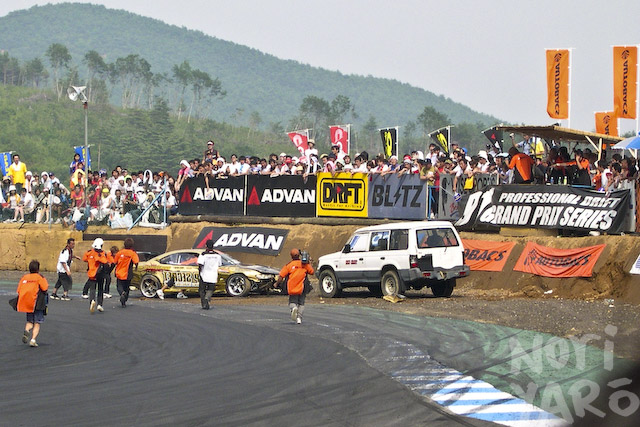 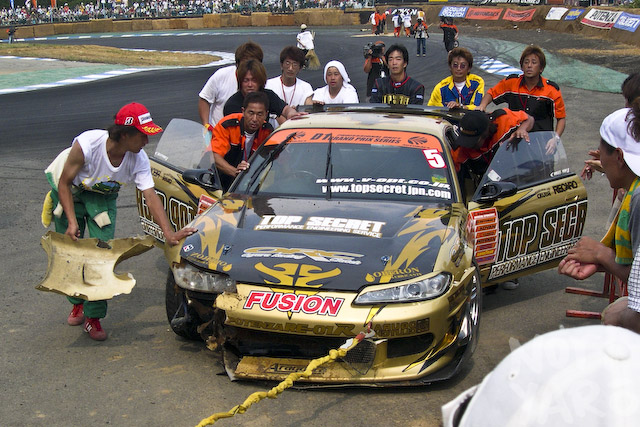 Someone in Norway bought this car, didn’t they? 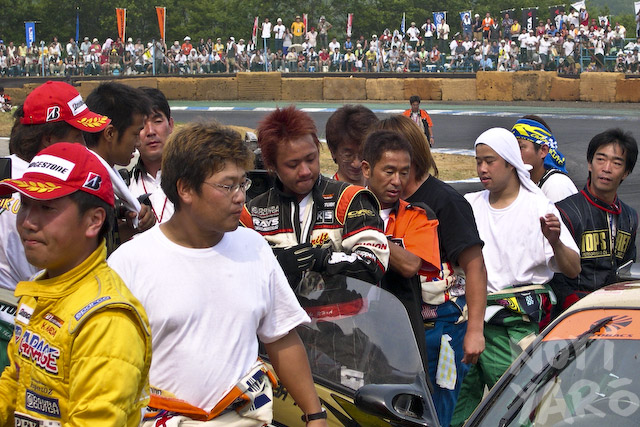 Kazama, Maeda, Kumakubo, Miki, Smokey, Tsuchiya, Tanaka and Hiraoka.
There’s pretty much a zero percent chance of ever seeing all of these people in the same photo again. 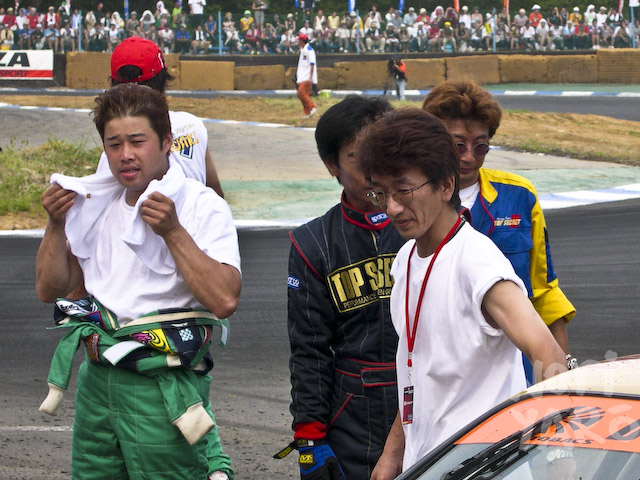 I’ll probably put up some more photos from that D1 round a bit later.