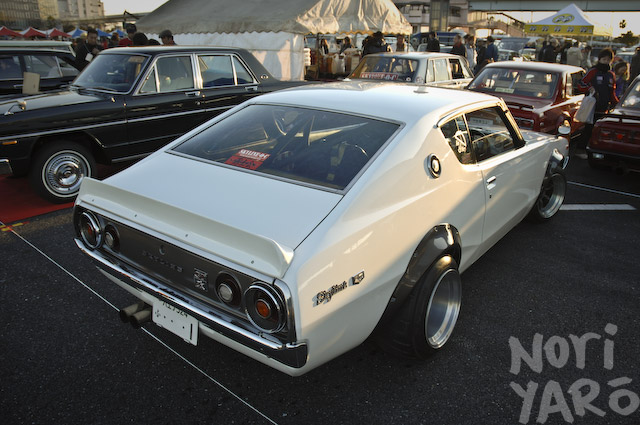 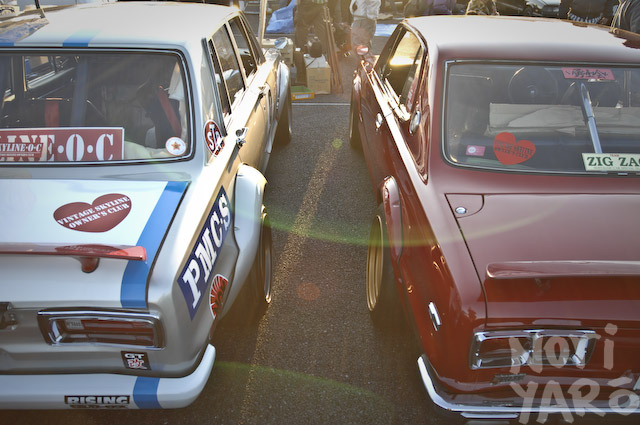 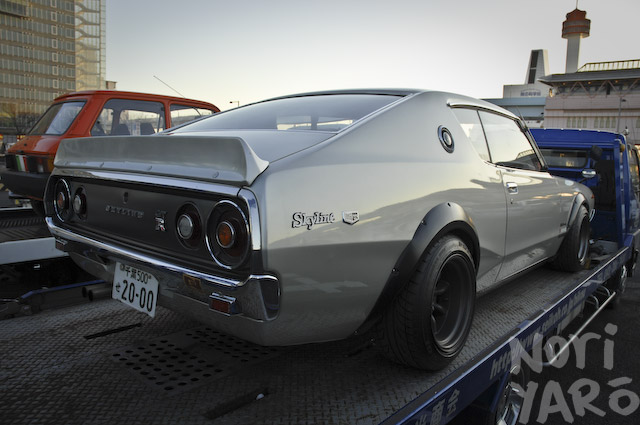 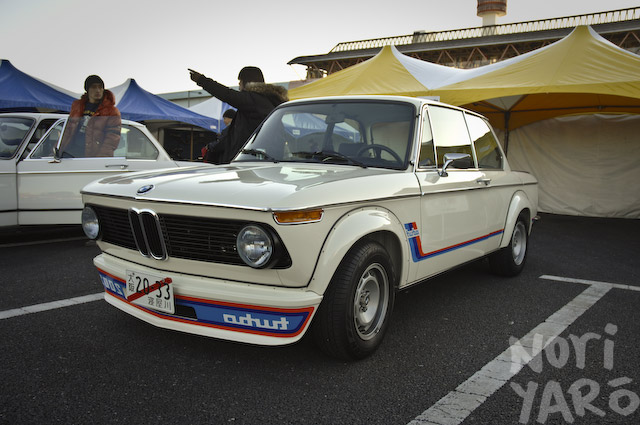 As you may have noticed, not all the cars there were Japanese. 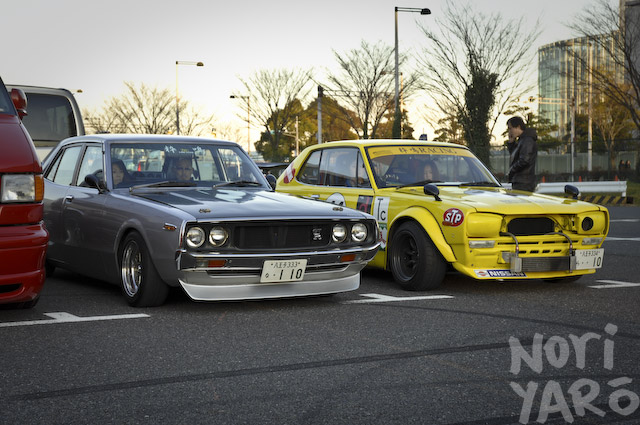 These pics speak for themselves. 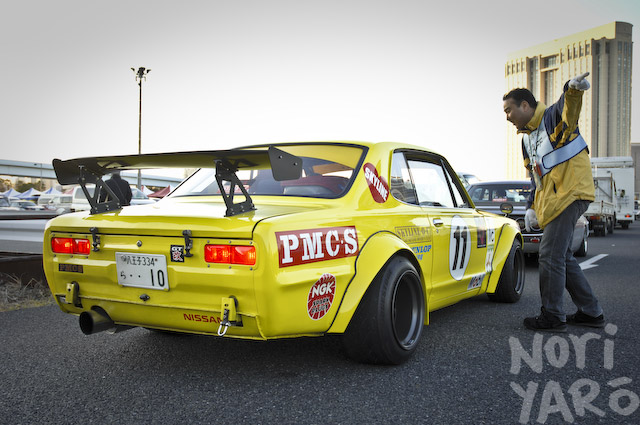 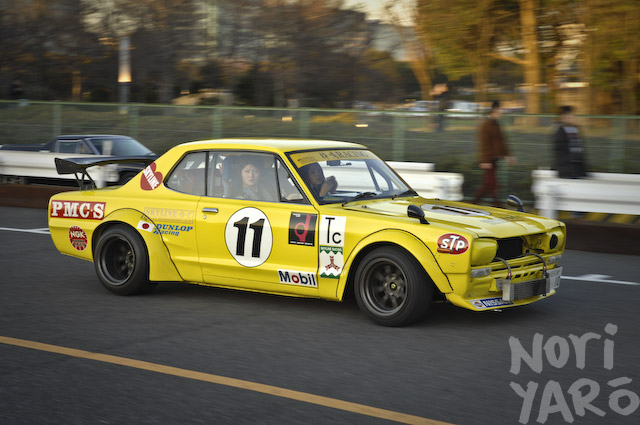 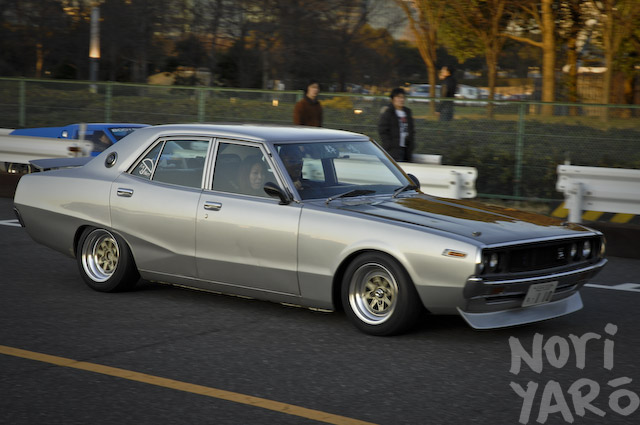 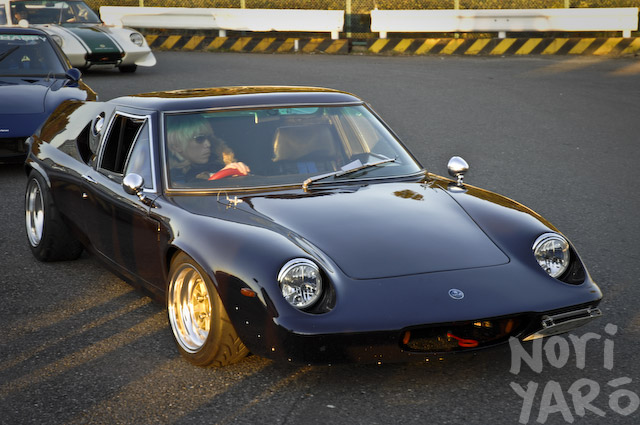 I bet you didn’t know Andy Warhol was alive, living in Japan, and driving a Lotus Europa. 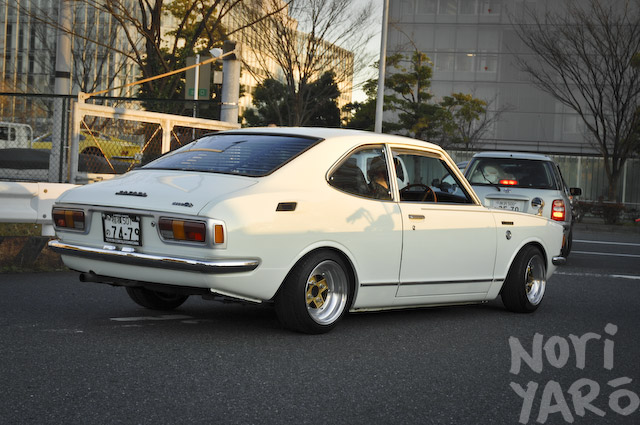 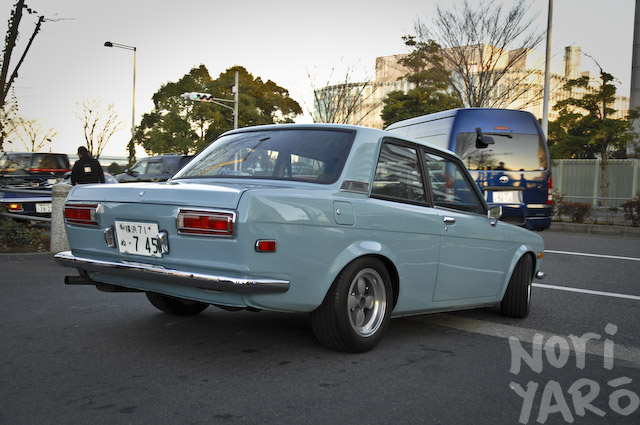 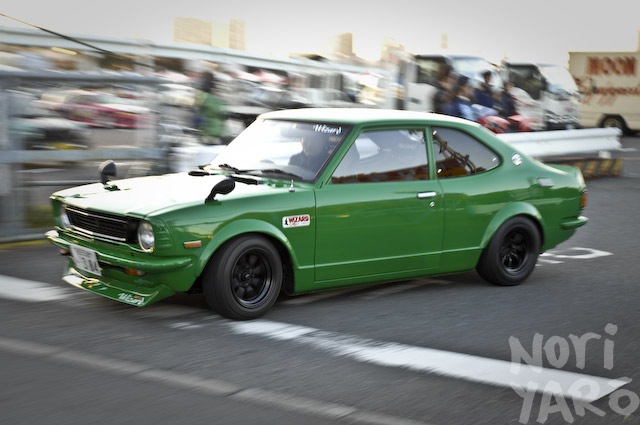 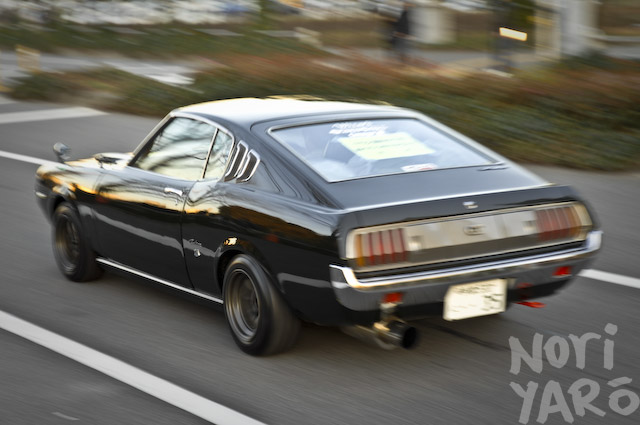 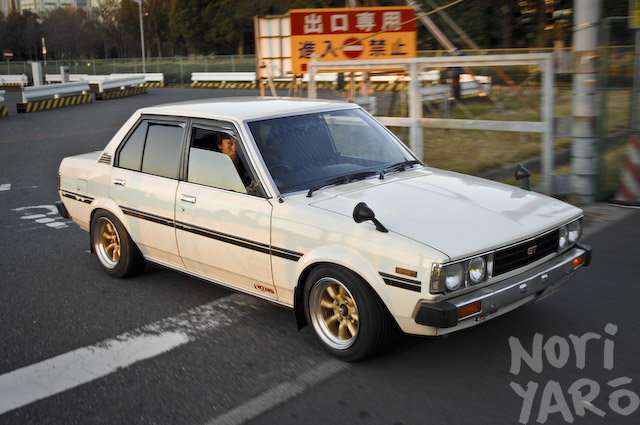 Corolla GT on…as you can see, Watanabes are popular wheels. 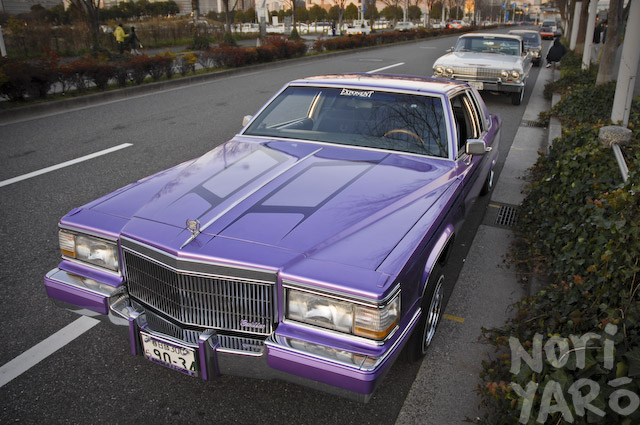 There was quite a bit of unofficial action going on in the streets and public parking areas around the Odaiba parking area. These Cadillac and Impala lowriders were bouncing their way up and down the street while I was taking photos of cars as they were leaving the Odaiba event, and decided to take a break right when I had a chance to shoot them. 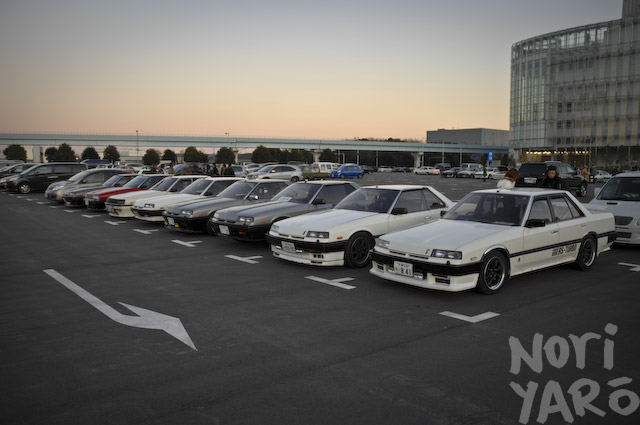 This was a club for Tekkamen Skylines that collected in a nearby parking lot. 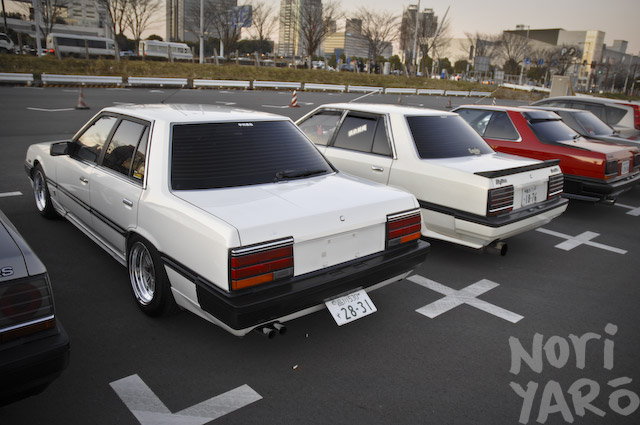 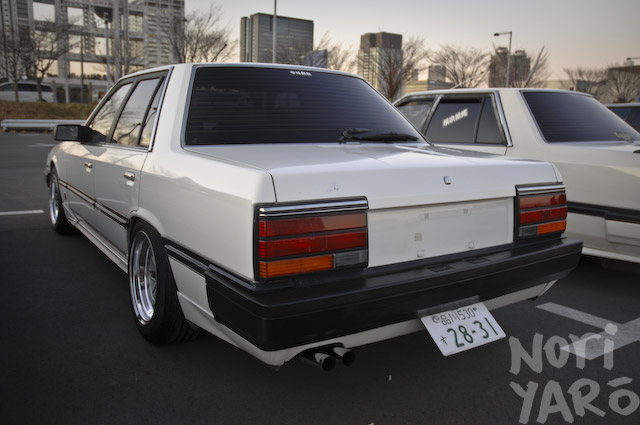 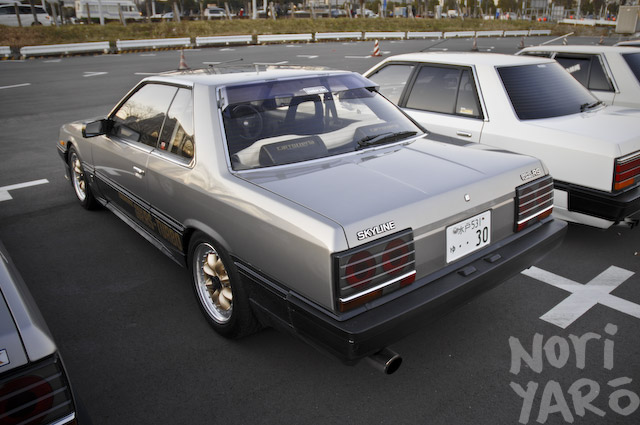 Panasports work well on this shape. 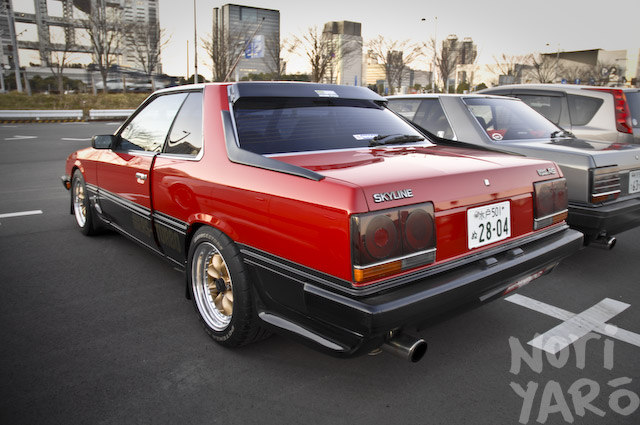 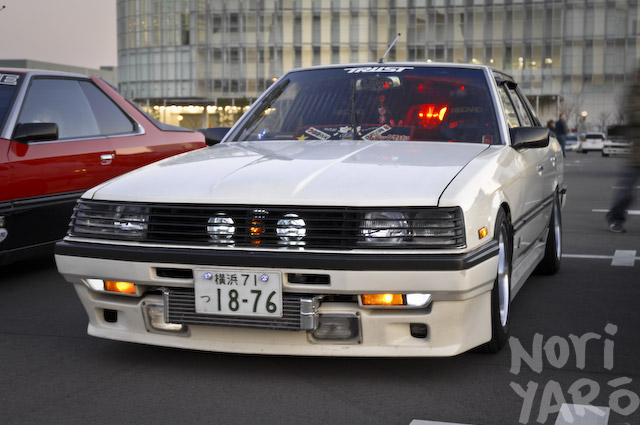 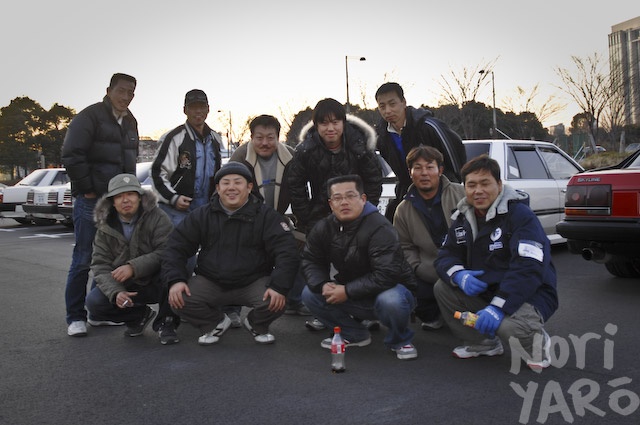 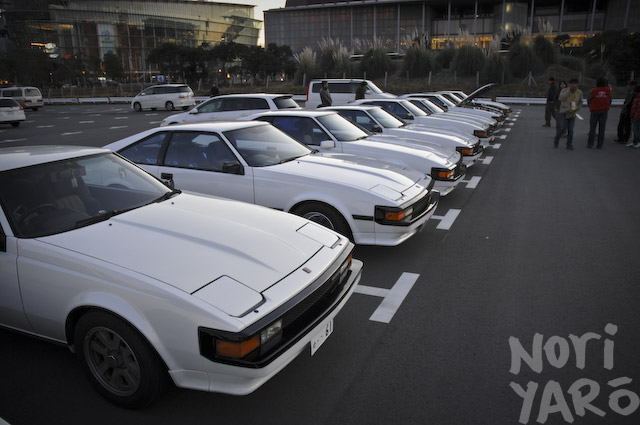 Right behind the Skylines was this collection of Celicas. 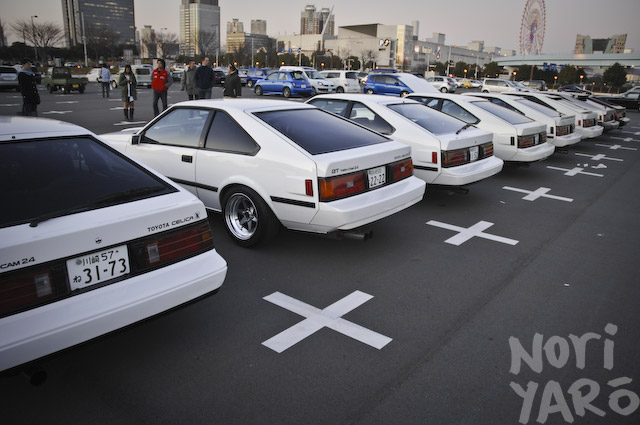 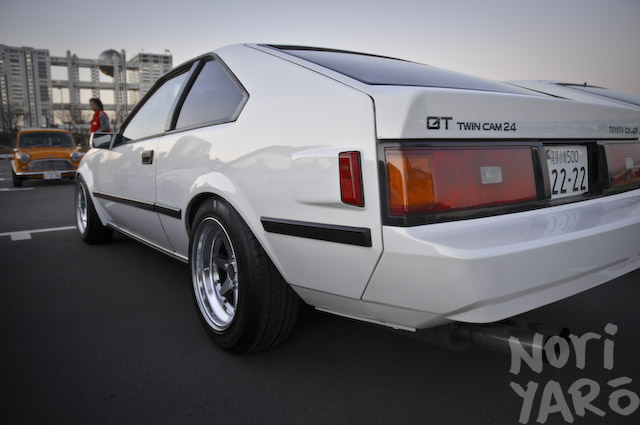 Take your pick; clean and fresh…. 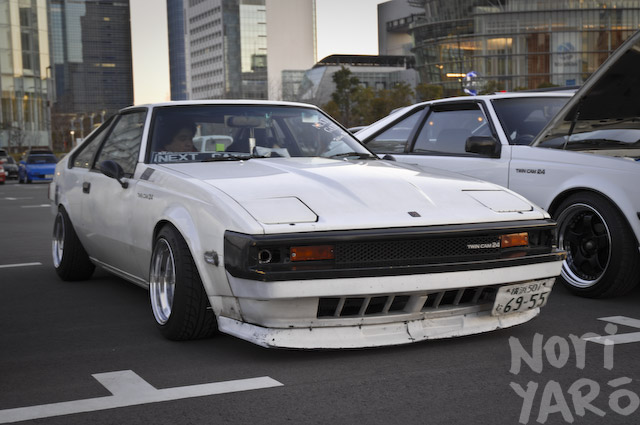 I promise to get there a bit earlier next time.