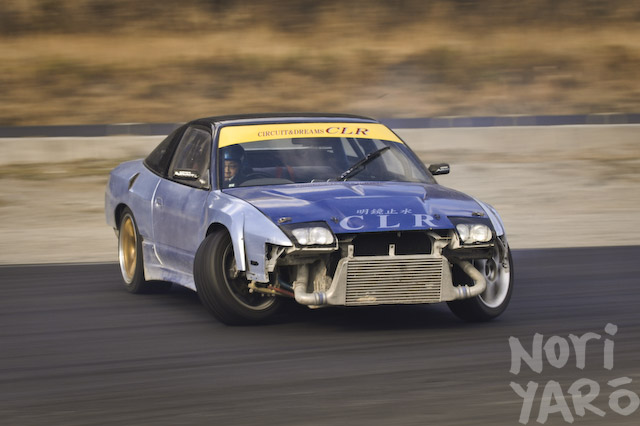 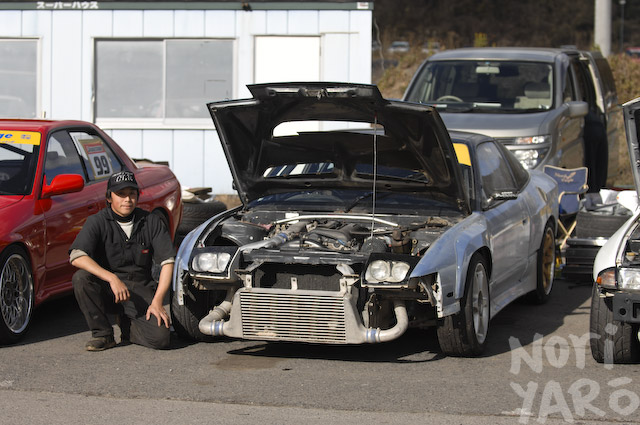 Well known and liked in the Japanese drifting community, Takurou has a long history of interesting mechanical innovation, with his creations regularly being featured in Drift Tengoku magazine. This is his latest effort, a set of steering knuckles that turn this car into a “right-angle entry” 180SX.

Oldschool modified knuckles like Mitsuru Haruguchi’s gold-coloured Banchou (gang leader), and Atsushi Kuroi’s Riverside parts have been joined in the past few years by multiple workshops that have been performing a bit of cut and shut research and development into getting maximum angle from a drift car. Takurou’s knuckles are called “Kinjitou”, which means “Masterpiece”.

Before the engineers and mechanics amongst you get all fidgety and start mumbling about not cutting and welding steering components, remember that this is Japan, and the regular laws of physics and common sense do not apply to this country.

They way they work is by massively shortening the steering arm of the knuckle, which along with allowing the tie-rod to pull the 16×8-inch 205-tyred wheels much further around into the wheel well, alters the steering’s Ackermann geometry which allows the car to roll through the corner with less drag. 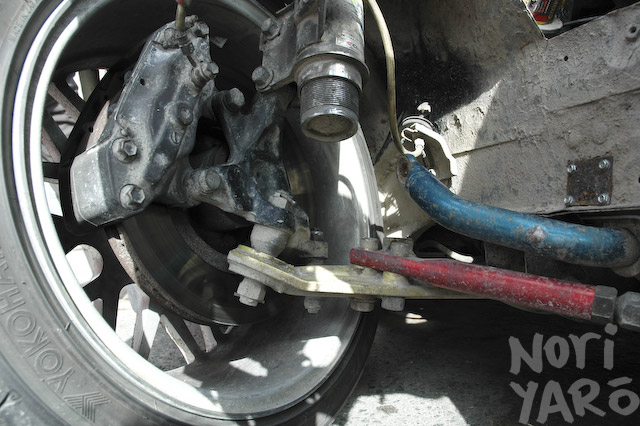 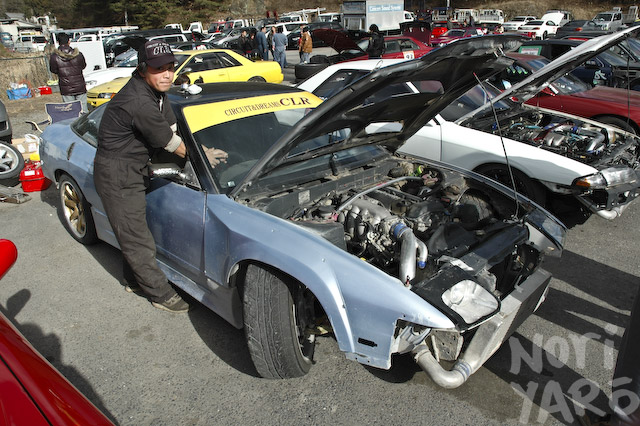 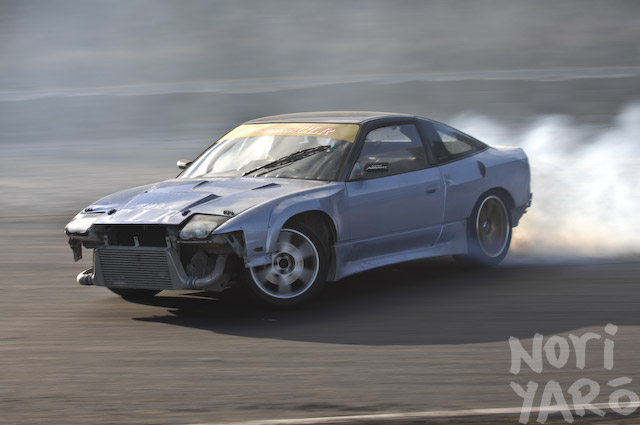 This, combined with setting the rear tyres at a low 26psi to stop the car spinning out, allows Takurou to flick the 180SX out as hard as possible, with as much angle as possible, and hold the accelerator flat through the corner. 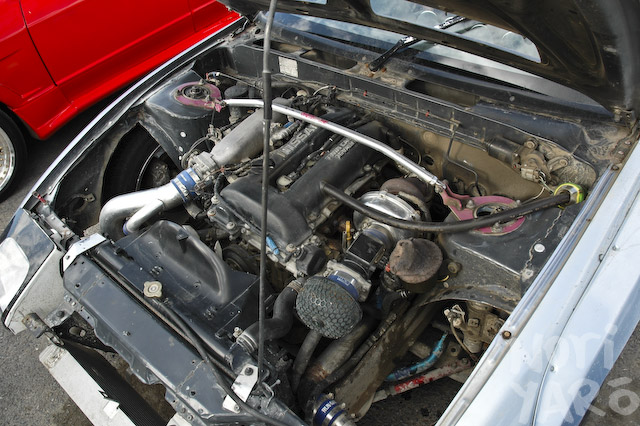 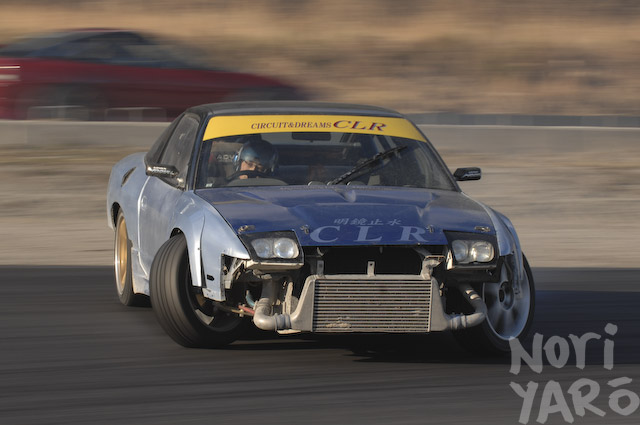 It didn’t look particularly easy to pull off, due to the inherent twitchiness of the steering, and only about one in five attempts were successful due to Takurou’s lack of practice with the car’s new setup. When he did pull off a good run though, it was quite spectacular, and netted him a first place prize at the Tochigi Baka Matsuri’s back straight manji competition.