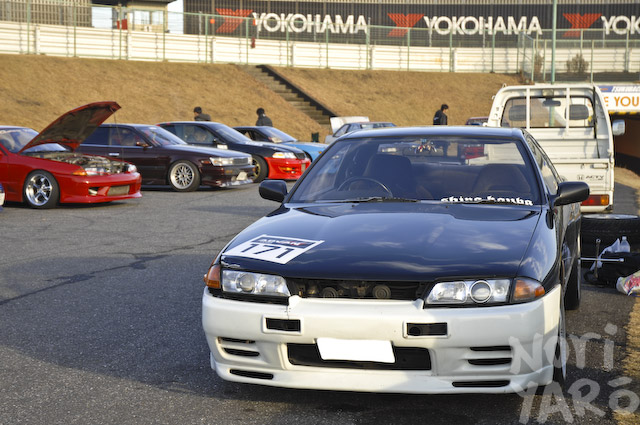 There are very few non-competition drift events held on the main “2000” circuit, so when I found out that Ken Satoh was running drift sessions in between AE86 races (more about that later), I signed up straight away. It was only going to be three fifteen minute sessions in the morning, but a cheap entry fee and the chance to sample a famous track was too good to miss.

By the third session, I was drifting around the final corner in fourth gear with a couple of clutch kicks to keep the wheels spinning, shifting down to third and manji-ing down the main straight into the first corner, and linking the gooseneck and hairpin section used in D1 competitions a few years ago.

It might not have looked as good as it felt, but actually driving on a track I had seen hundreds of times before, and doing the sorts of things that I had only ever seen on videos was awesome. It was about this time that I wished I brought a video camera with me.

The only negative of Tsukuba, if you can call it that, is that every single corner is fun to drift. Every single one. This means that your tyres are murdered about five times faster than usual. I’m still running dead stock RB20DET power and had no trouble popping one after not too long. 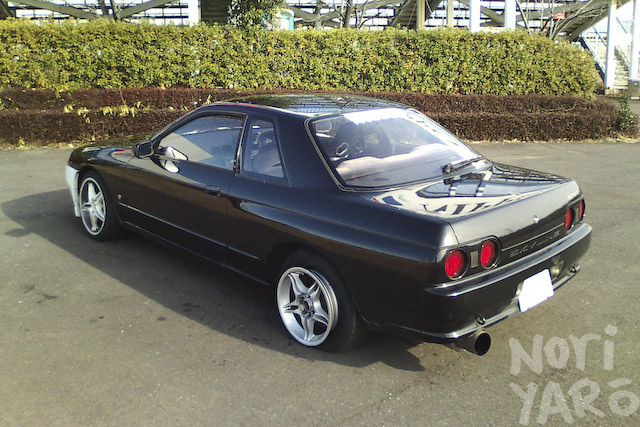 Coming under the Dunlop Bridge (I’m wondering how many people are thinking of jumping on a game console after reading this), I heard a high pitched “pitchewww” sound, and backed off just in time for the tyre to roll itself off the bead. Luckily, it was right at the end of the session, but I mistook the directions of a flag marshall, and exited the course on a service road on the back straight. 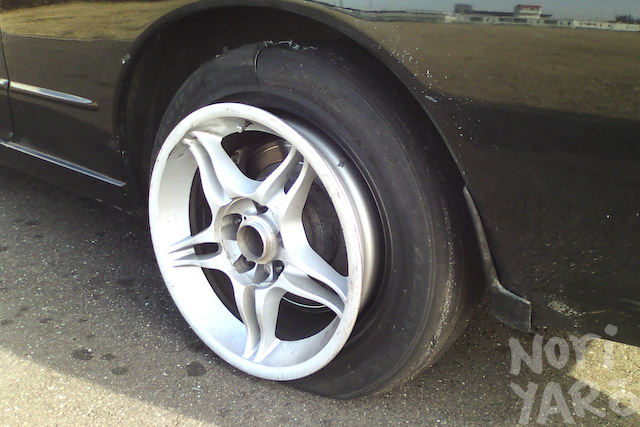 After he yelled at me through a megaphone for a bit, he called another marshall who rolled up on a scooter and opened a nearby gate. I “kachunk-kachunked” my way back to the drift car pit area, which meant driving past over a hundred of the grip cars and their sniggering drivers who were there for an event later in the day. 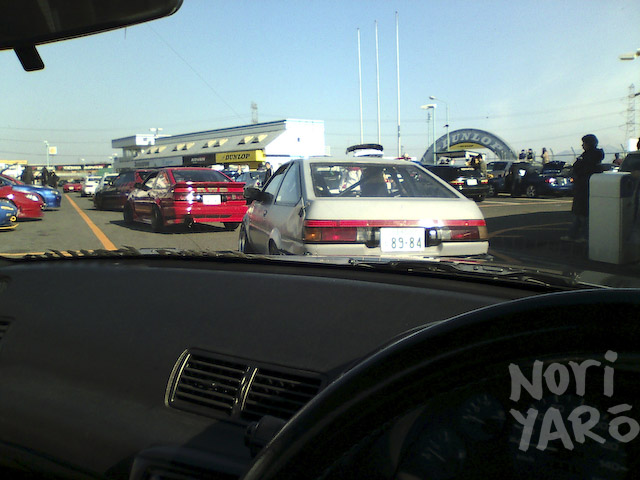 Good fun. This is why I came to Japan. 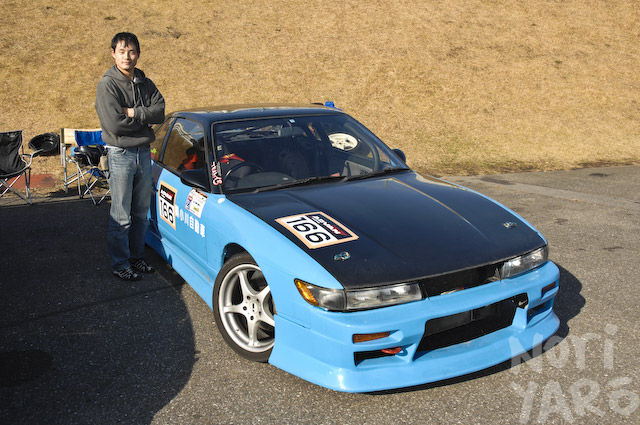 There were about a dozen other drift cars, including Masamune Ochiai, a regional champion from last year’s D1 Street Legal Regional series. His car doesn’t look like much, but it’s very quick. 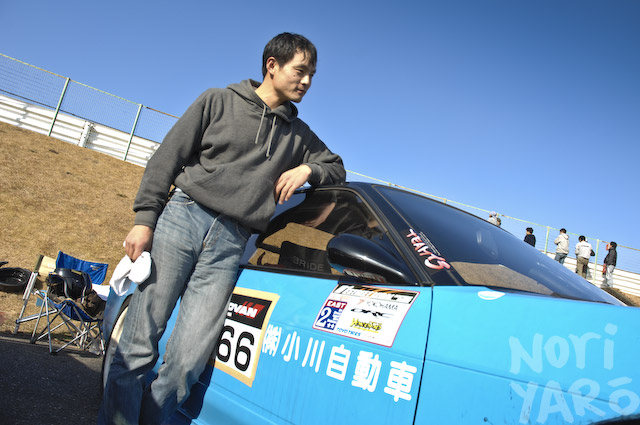 Definitely not a poser. 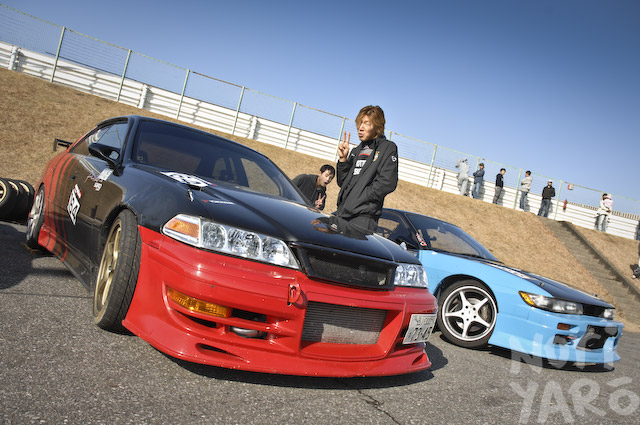 I was happy to see Shun Akutsu there as well. Shun’s normal drift car is a black NSX (yes, an NSX drift car), but he was having engine troubles, so he brought out his “high speed car”, a JZX100 Mark II. His English is pretty good too.