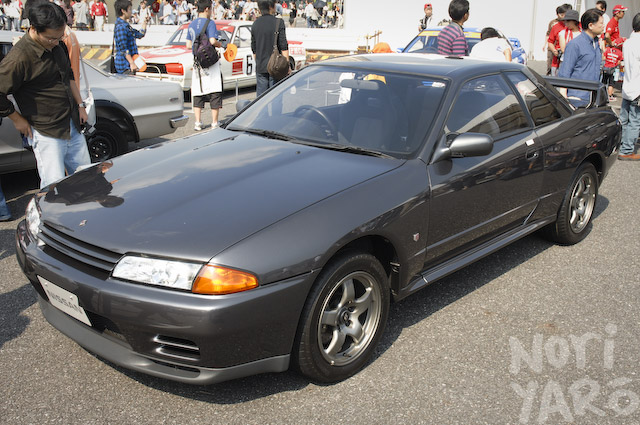 This R32 was still wearing factory-issue Bridgestone Potenza RE71s in 225/50 size, although the shoulders of the tyres were chewed out a bit. Even though it was the official mint-condition demo car, someone had taken it out for a hard drive at some point. 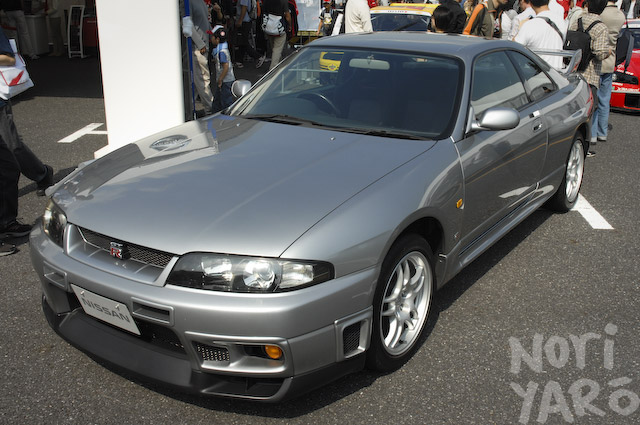 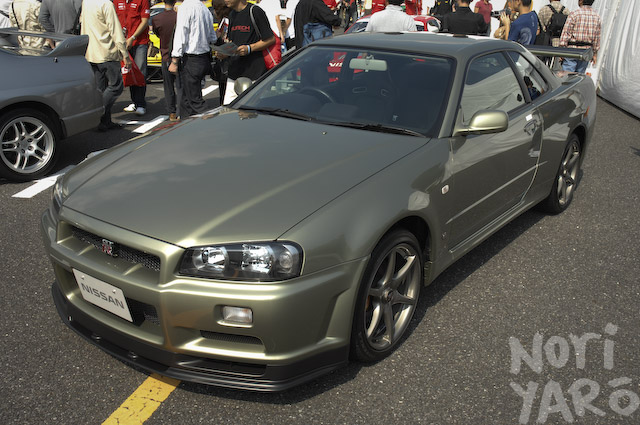 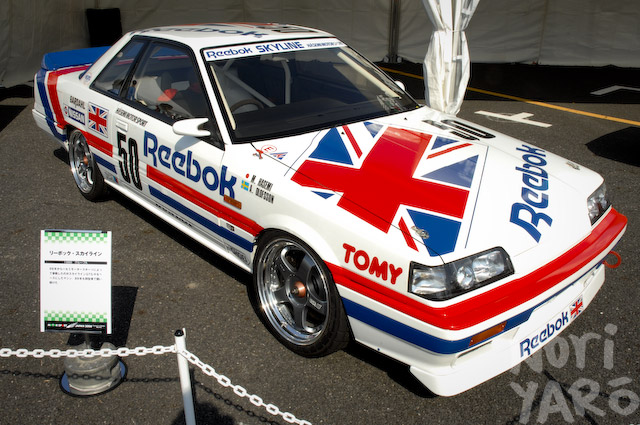 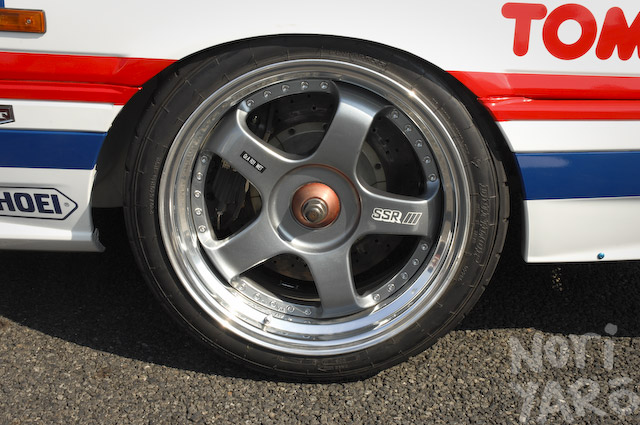 I might have missed it over the PA system from all the noise, but I think Hasemi-san himself was driving this car in the demo. 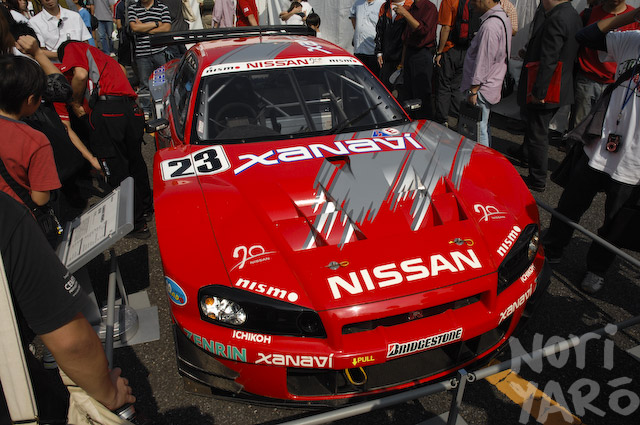 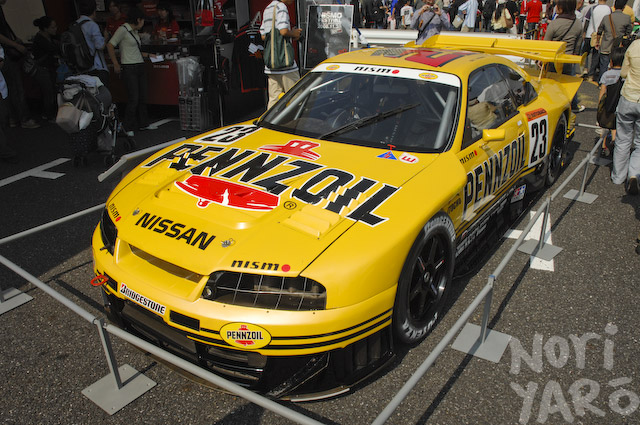 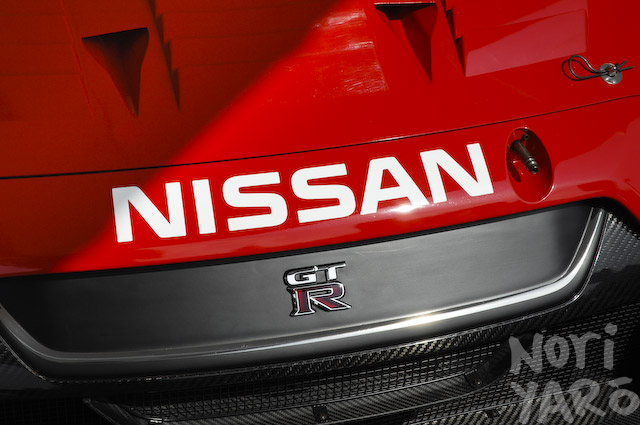 I was so busy taking closeup shots of the Super GT R35’s bits and pieces that I completely forgot to take a pic of the entire car!

To make up for that, have a closer look at its huge AP brakes and two-piece rotors.

Inspiration for zokusha cars all over Japan, the Hasemi GT-R. 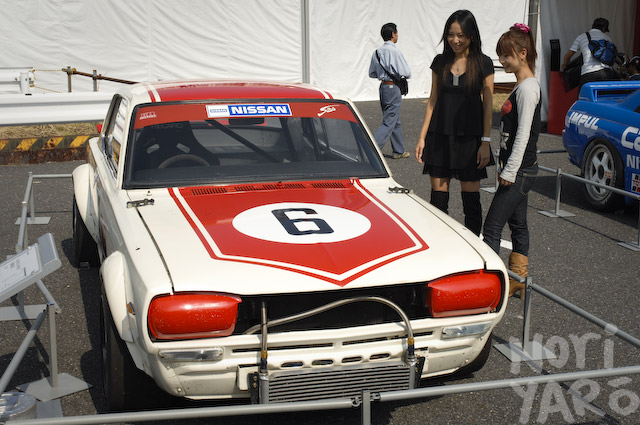