The Motorsport Japan 2008 exhibition held at Odaiba in Tokyo last weekend (in the same location as the D1GP Odaiba events) was a collection of decades of worldwide motorsport history, conveniently distilled into one carpark. Considering that entry cost absolutely nothing apart from the relatively expensive ticket to ride the Yurikamome train there, it was an amazing exhibition of static car displays that were also fired up and smoked up for the crowd. 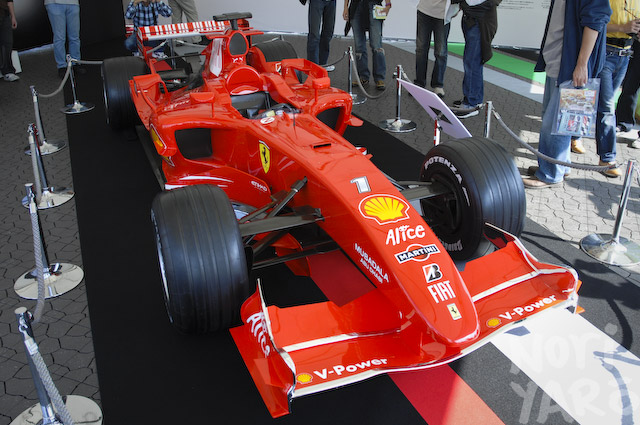 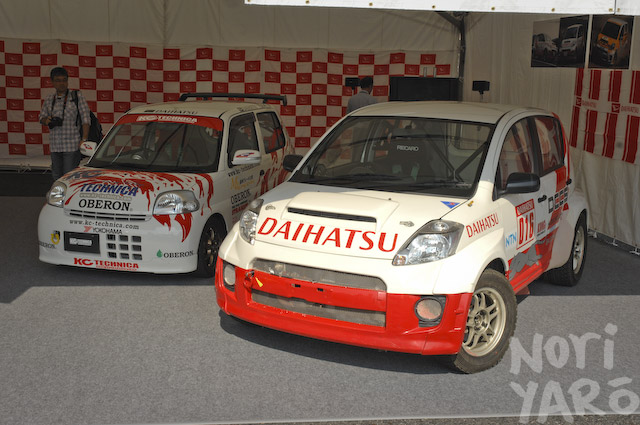 All the Japanese car manufacturers were in attendance at the event, with most of them displaying the sports versions of their cars and race-prepped versions like this rally Sirion and circuit-spec Esse. 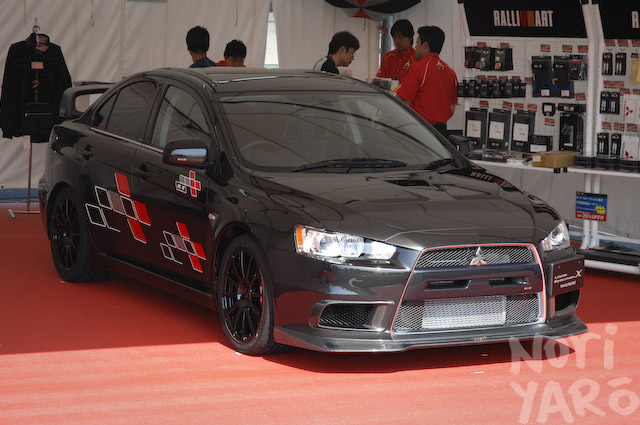 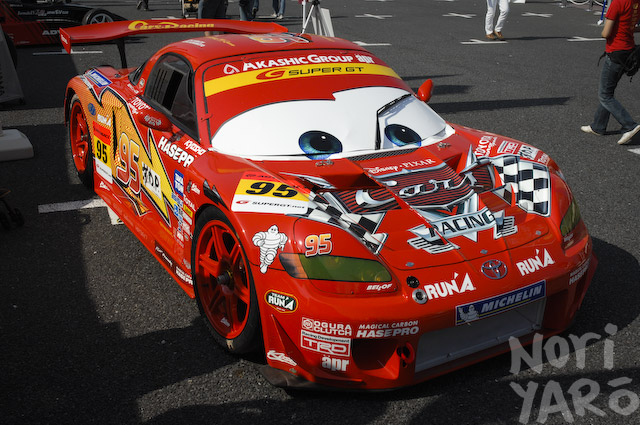 Super GT Toyota MR-S in Lightning McQueen-spec. The car actually races like this, although obviously with a different windscreen.

At first glance, I thought this was one of the Silk Cut Jaguars, but it was actually the Japanese Dome 85C Le Mans car.

Formula Nippon driver Takashi Kogure’s car all naked. Shortly after this photo was taken, the team’s chief mechanic came out to give a talk on the car to the people crowded in the tiny marquee. 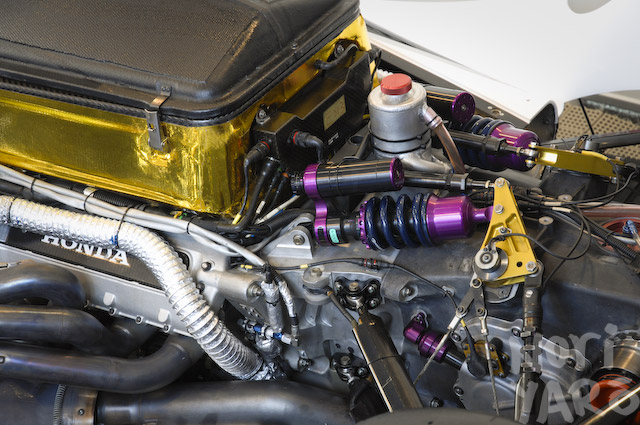 Obviously, he had a fair bit to say about this particular piece of mechanical pornography. 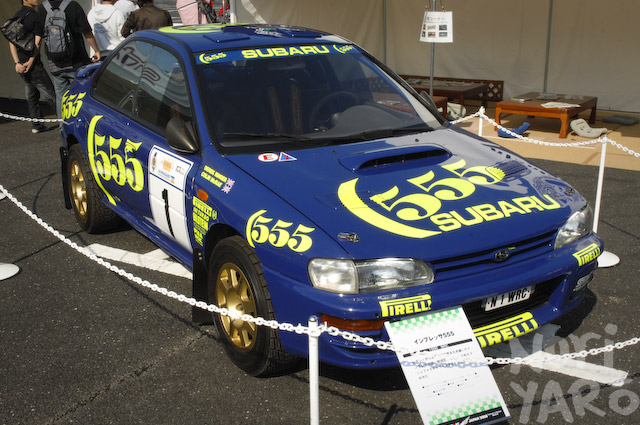 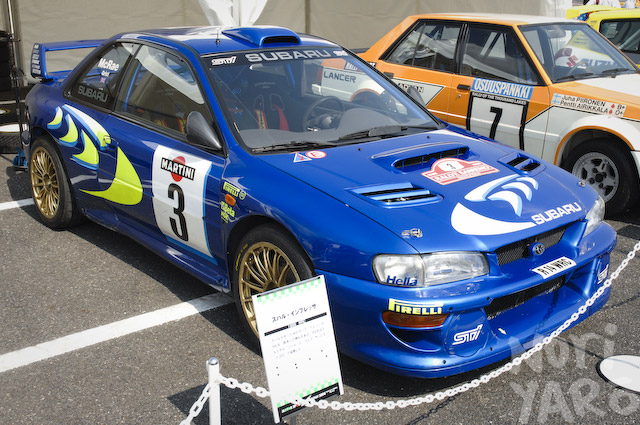 Colin McRae’s original 555 rally car, complimented by the widebody 22B. 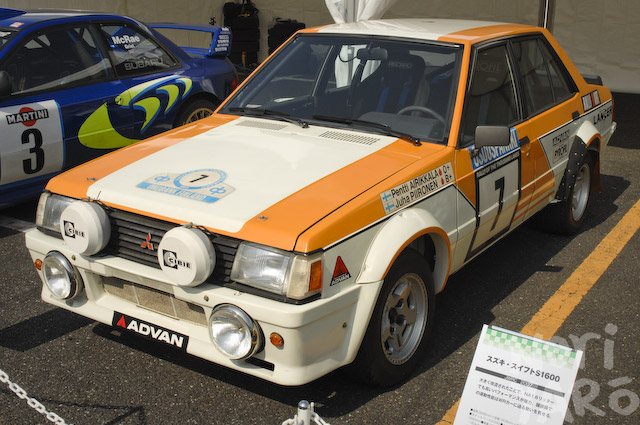 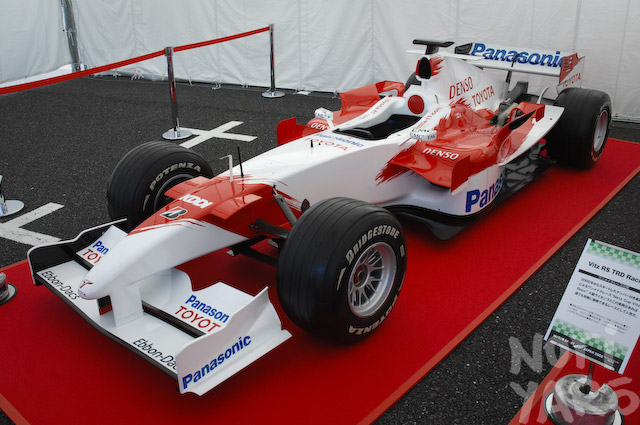 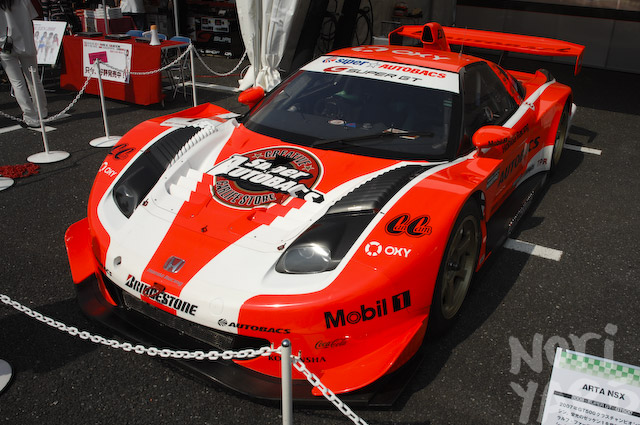 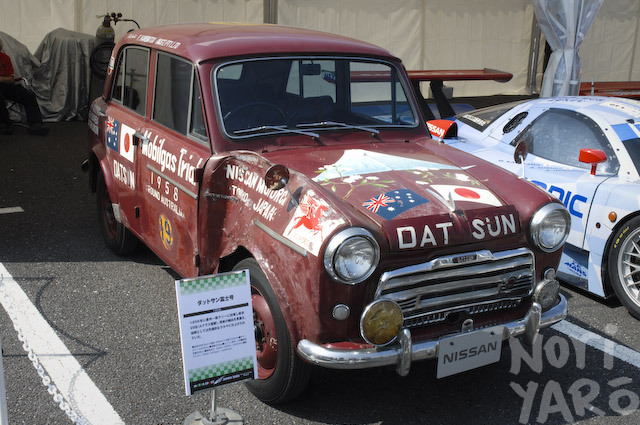 This Datsun 210 should be familiar to any Aussie Nissan/Datsun fans. This was the 1958 fujigo (Fuji Special) that survived a round-trip of the continent and an argument with a tree on the way, winning 25th outright in A-class. All this with 25kW of raw power.

The TS Cup Yamato Civic must be giving someone looking at this ideas about a retro build. 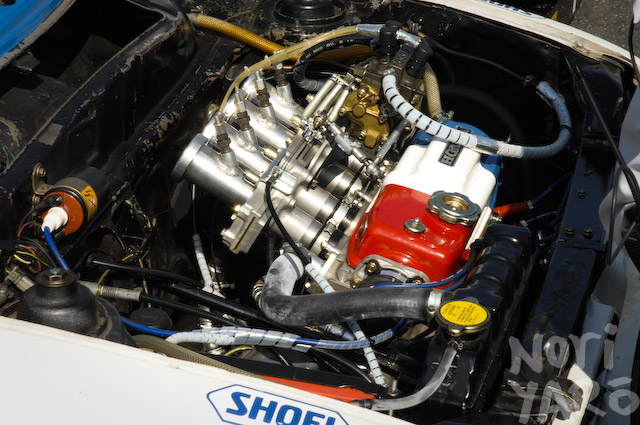 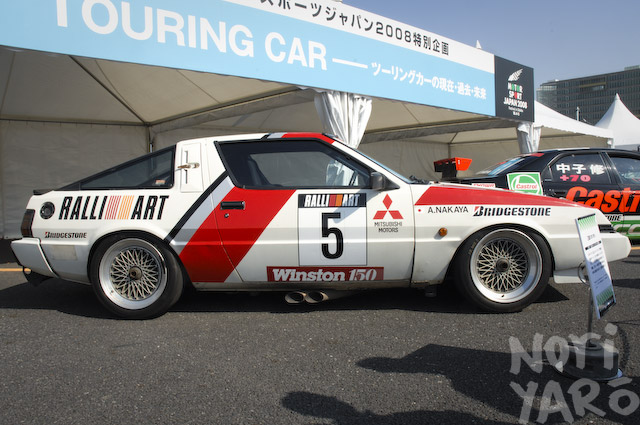 This touring car Starion does just about everything right. 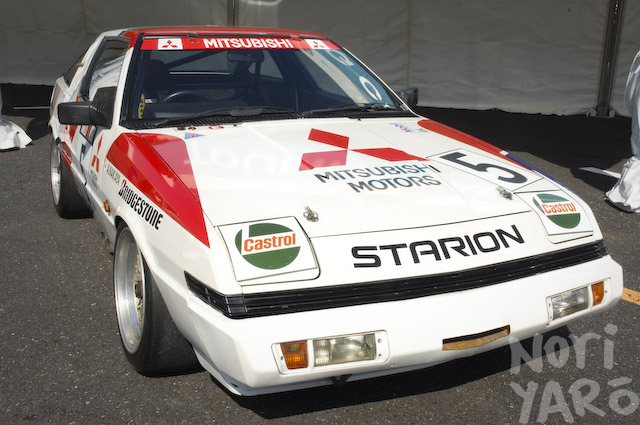 When boxy ’80s styling and racing function come together, this is what happens. 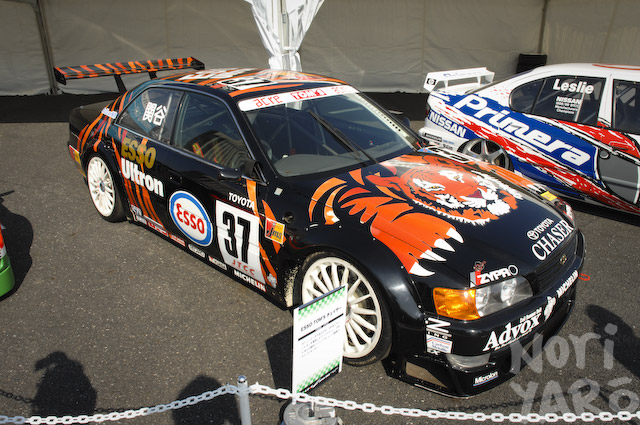 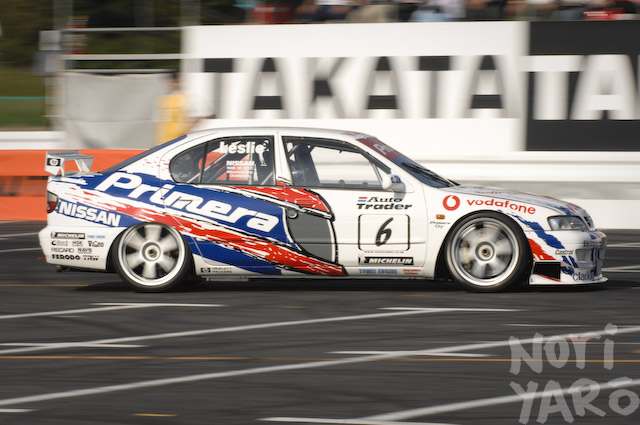 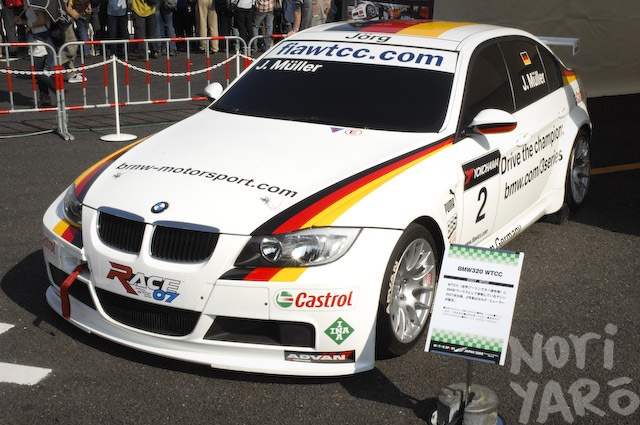 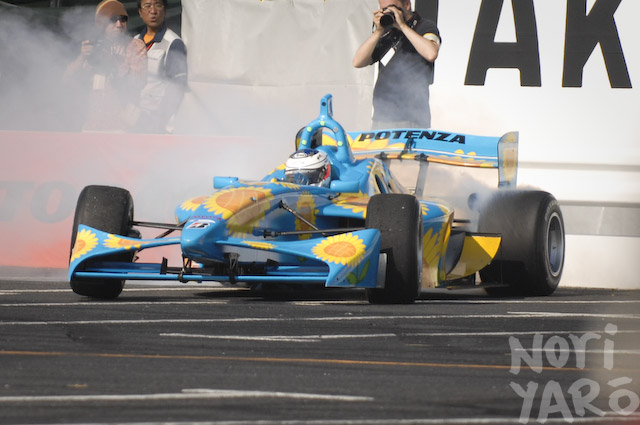 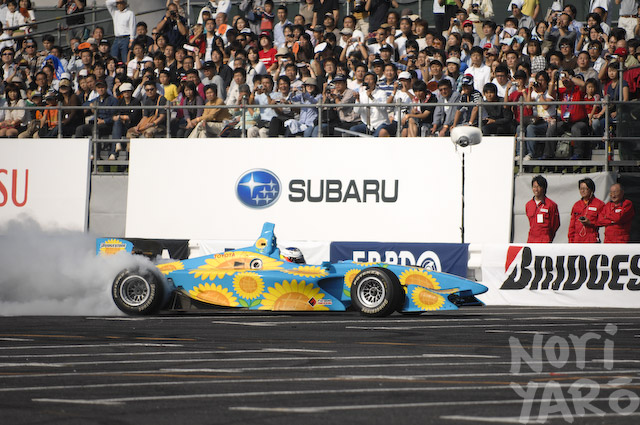 What made the Motorsport Japan event special was the small track set up in the middle of the exhibition, where cars could be taken out and demonstrated for the crowd. Since it was a bit too small and slippery for anyone to build up any real speed, most of them resorted to burnouts, but who’s complaining? How often do you get to see Yuji Tachikawa’s Formula Nippon Toyota doing this sort of thing? Look at the amount of smiles in the second photo, especially on the face of the “more experienced” marshal on the right. 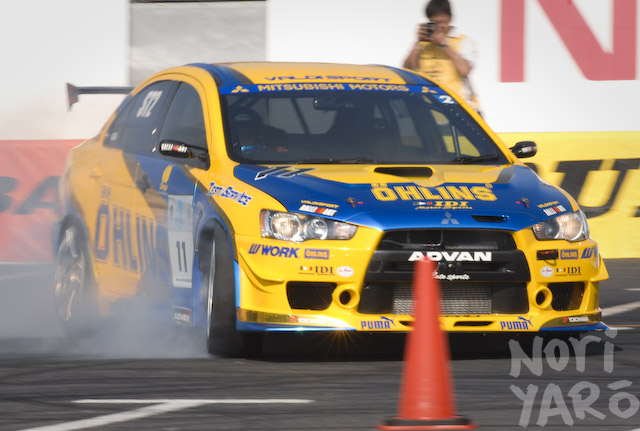 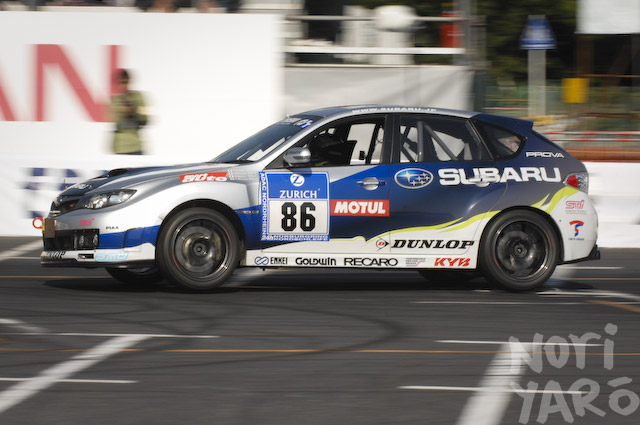 The “Rival Battle” between the Impreza and Lancer Super Taikyu cars was fun to watch, especially with the frequently sideways and smoking performance of the Lancer driver. Unfortunately, the Subaru dropped a cylinder about a minute into its display, and the driver had a bit of a hard time pretending everything was alright, but it was nothing a bit of a clutch dump couldn’t fix. 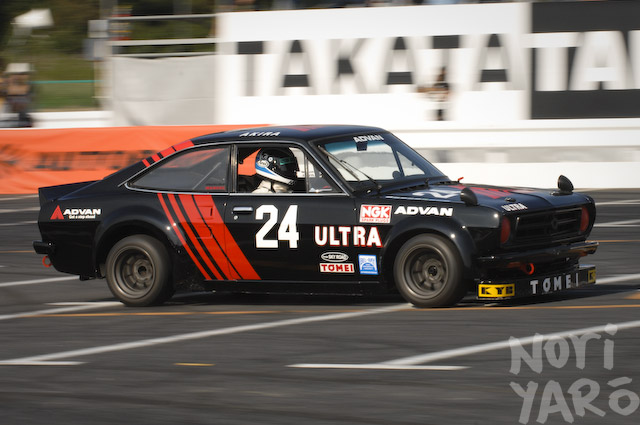 Tomei has been around for at least as long as the Datsun B110 Sunny, namely this TS Cup-spec Advan Sunny. Want a hot cam, gasket or intake system for your A12 engine? Tomei still has them for sale.

More on the Mazda Le Mans cars and the well-represented Skyline in an upcoming post.